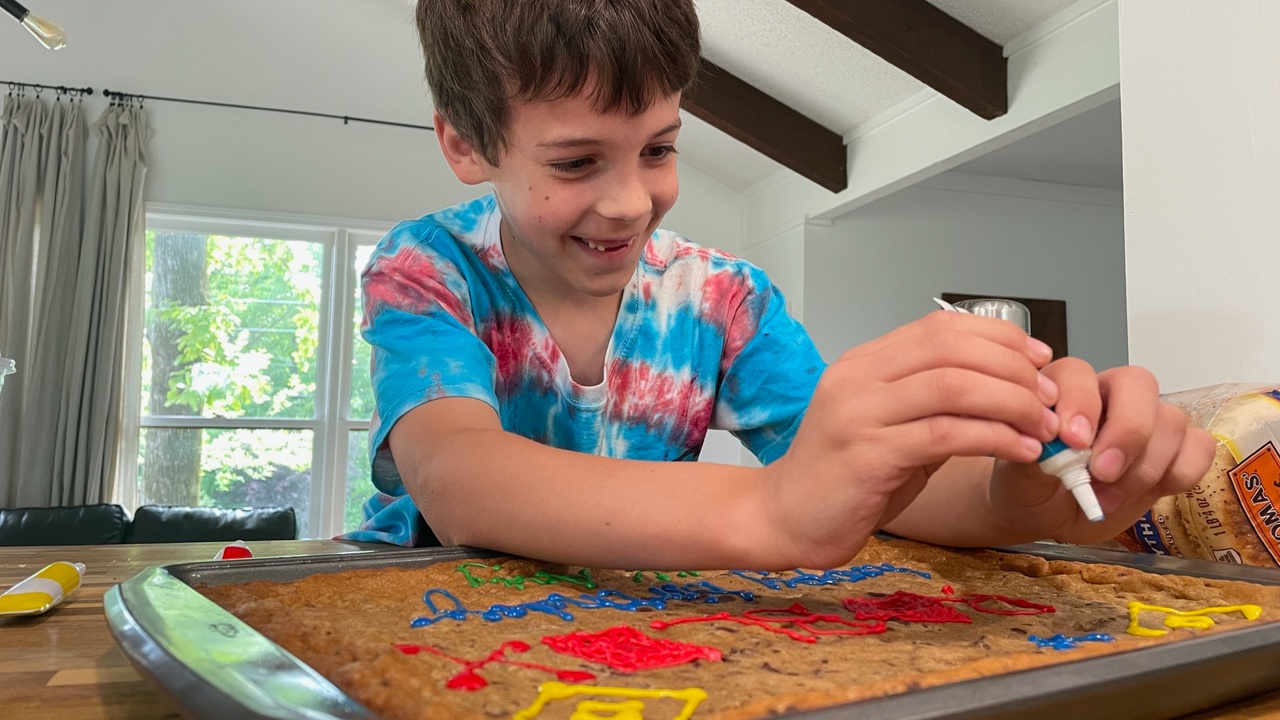 Top 7= two suppers are better than one, plus audiobooks, assessments

This week’s Top 7 includes some reflections, lessons learned, and more…

I “red-lined” it too long. Way too long.

Over the past few months, several projects have kicked up—

👉 a book launch with Courage to Lead

👉 launching season 2 of the Warrior Hope podcast (on video, this go around)

Cranking out the LifeLift project, which now includes:

💚 slides, and all the other things that go with it

💚 personal assessments, hidden webpages galore (to open personalized content to people based on their assessments)

It’s been a wee bit much…

Beth warned me about this— a few months ago: “You’re doing too much. You’ve taken on this LifeLift thing and run super-fast with it, beating the timelines you set in place that were ALREADY ridiculous.”

And covered in grace on many levels.

Friday morning, with a lot to do (i.e., I’d set some time aside to work on a few blog posts, prep some video clips for it, etc.), I decided to just take the morning OFF.

I woke up. No exercise. Drank coffee. Watched TV. And a movie…

It remained me (yet AGAIN, b/c this is one of those life-lessons it seems I only get “first hand” on the backside of it) that you must live in rhythm— with intentional times OFF and times ON.

The music— in a song and in life— only exists because of the OFFs and ONs, when exercised in the right cadence and beat. In fact, that beat is the difference between beautiful music and head-hurting noise.

I shot a video about this— oddly enough— just over a year ago. You can watch here: www.Jenkins.tv/rhythm 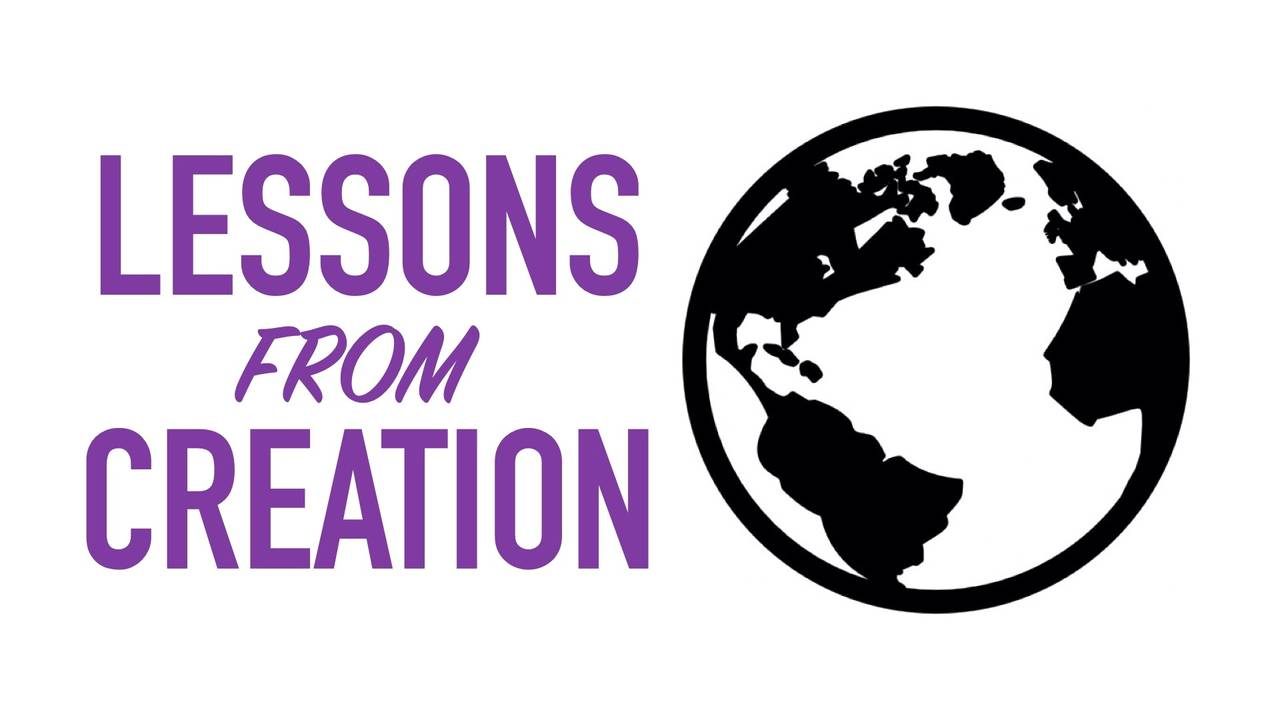 Finance = free tickets to the Stallions

This week I met with Bob (founder + CEO) of Crosswinds Foundation for Faith and Culture. He’s an incredible leader, slow AND steady, from whom I’ve learned a great deal about leading an organization, managing expectations, and working consistently.

I’ve I tend to be a 🐰, Bob is 🐢— admittedly. Yet, he works a consistent pace and gets things done.

Over the past several years he’s produced two— and almost a a third— documentaries.

⭐️ Honoring the Code handles the “close cousin” to PTSD, Moral Injury (this was a follow-up to the first documentary, once the issue kept arising in the discussions and interviews)

Soon, a feature-length film on families— and how deployments affects them— will be released.

👉 You can watch at https://youtu.be/uCJeBYpQy8s

👉 Or you can listen at https://podcasts.apple.com/us/podcast/warrior-hope/id1499850556 or your favorite podcast provider

I wasn’t around for the first two films, but was able to slide in and joint the project thereafter, working with Bob to create the Warrior Hope workbook (helps veterans overcome past trauma + identity their next mission), the video course, and the book Hope for the Warrior Family.

Like a I mentioned above, we’re deep into the Moral Injury Bible study… meaning Bob will have created 3 feature length documentaries and 3 related books by the end of 2022 (probably much sooner).

Anyway, that’s a long way of getting around to this…

Bob’s been going to the Birmingham Stallions games lately and, this week, after our meeting, handed me a handful of passes…

(I took the boys last week, after— the weekend before— showing up a solid day late!)

I could go on and on about the absolute gift he’s been to our family, how he’s— for some unique reason— given me insight into my childhood and allowed me to see things about myself I’ve needed to see…

This Monday was his birthday. Since his mom and I separated years ago, whatever parent doesn’t have him on his birthday gets to spend a few hours with him.

We celebrated him at the Jenkins household— at the Hilltop — last weekend. 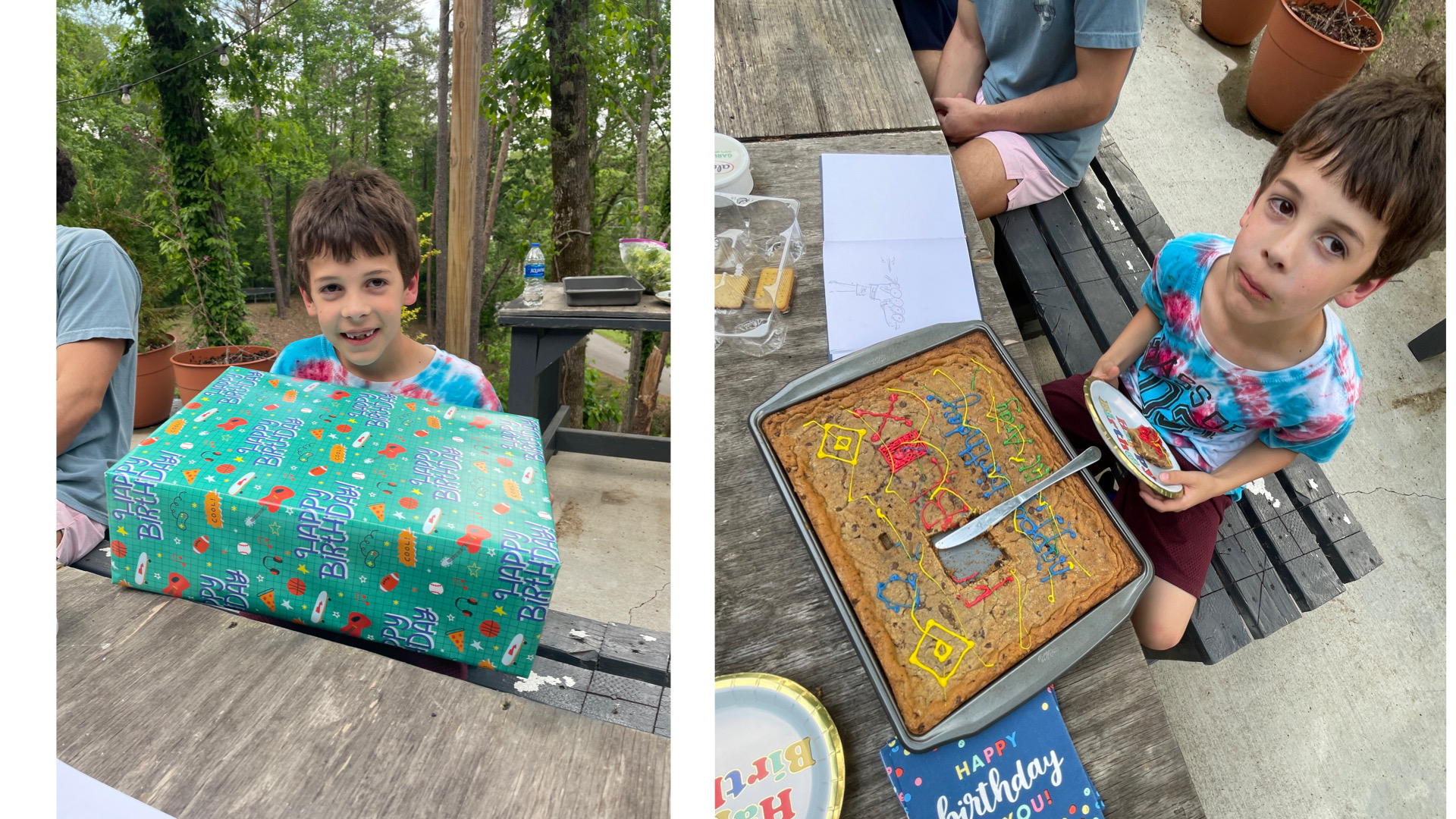 And, we did so with the new tradition we rolled out a few years ago, right as we moved into the home:

🎂 we have a big dinner (cookout, generally) on or around a child’s birthday

🎂 they get to open presents, etc.— if it’s not on their big day, we generally hold something back for that day

🎂 at some point, we go around the circle and everyone present— parents, siblings, friends, whoever— says something nice, reflective, thoughtful, or whatever they love about that person.

We impart hope, joy, and words of life.

So, we did that— with and for Salter— last Saturday (before finally making it to a Stallions game).

That said, I asked Salter what he wanted to do Monday— on his actual birthday— for the few hours we were together.

“Open my mystery box…” (that’s the present of the day— which had a 9 years of being awesome shirt— he gets a shirt-of-the-year every year, some Swedish Fish, a drawing notebook, and a Roblox gift card) “… play Roblox for an hour or so… and then go eat Milo’s.”

“OK. It’s your birthday, so we’ll do whatever you want to do.”

We rolled with it, then— about an hour before I needed to drop him at his mom’s— we took him to Milo’s.

Oddly enough, his Mom had called in / or used the app / an order herself— scheduled for when we were dropping him off.

“Did you know about that?” I asked Salter.

He grinned. Then began laughing. Then he confessed, “Yes! I ordered two Milo suppers for my birthday!”

The next night I took him skating (see “fun” below).

I asked, “Did eat both meals?”

He admitted, “I only made it half way through the second one.” And, almost immediately— “I told all my classmates. They couldn’t believe it. They even asked how I did it. I just told them I was just being me!”

Salter. He’s one of a kind.

Here’s a current pic, as well as a throwback: 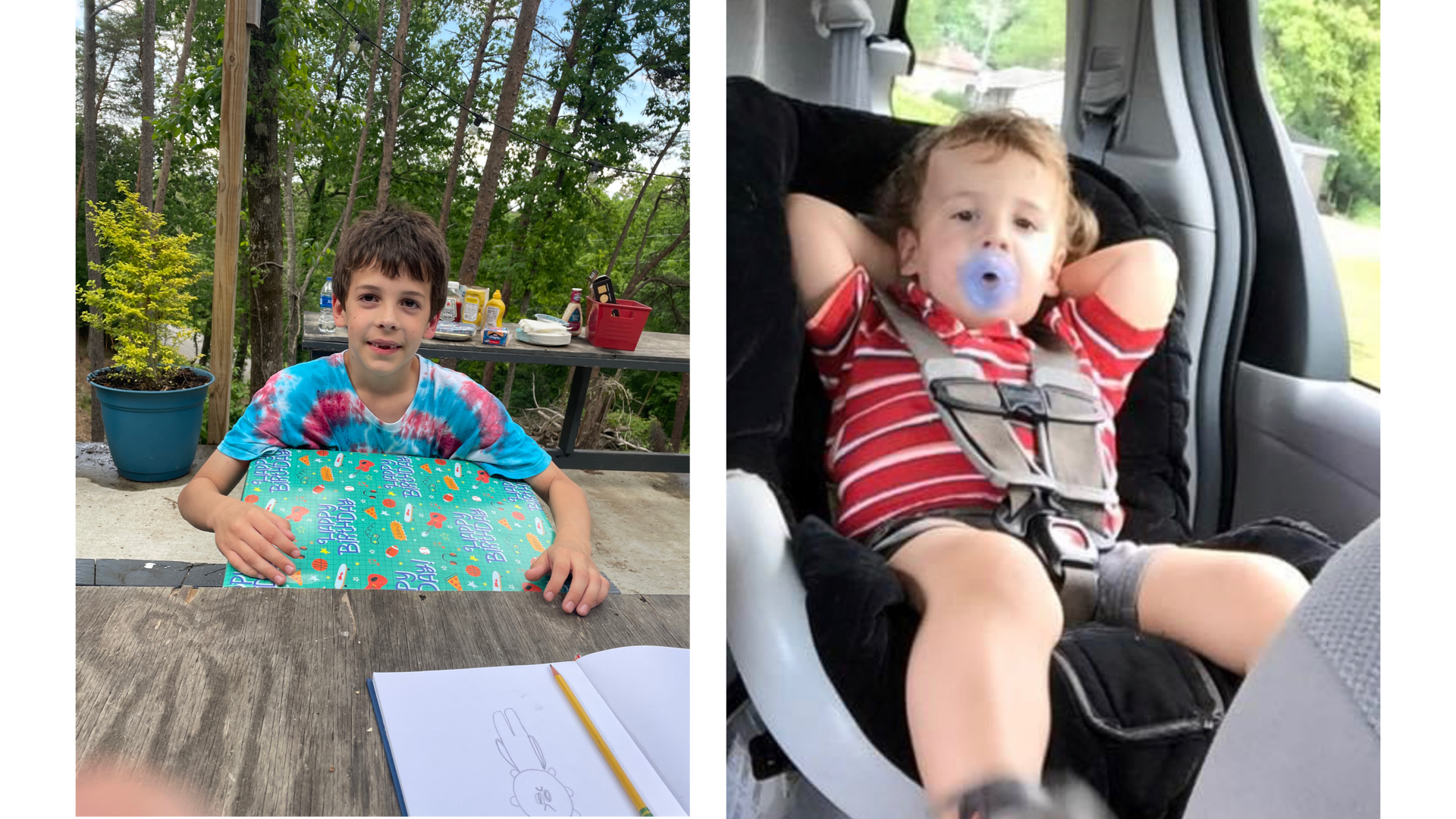 This week I punched two more items off the list— for the LifeLift project.

(Hence, the need for rest + the radical awareness that I pushed too hard this last season.)

First, Tuesday I finished reading the final chapters of Book 4, Perspective. This is the culmination for the LifeLift series, where you begin layering everything you’ve learned— about faith, your personality, your created design, your supernatural / spiritual gifts, and more— and discover how to find + fulfill your purpose.

I’ve read audiobooks in the studio before— each time you, for the most part, stay on script. You read.

I decided to manage this project a bit differently: I read the book, but made some extra comments, bolstering the book content with ramblings that felt important but didn’t make the book. It’s slightly less professional but FAR MORE relational…

And, I think it strikes a great balance of what I was going for.

All the audiobook info is here: https://www.jenkins.tv/lifelift-audiobooks 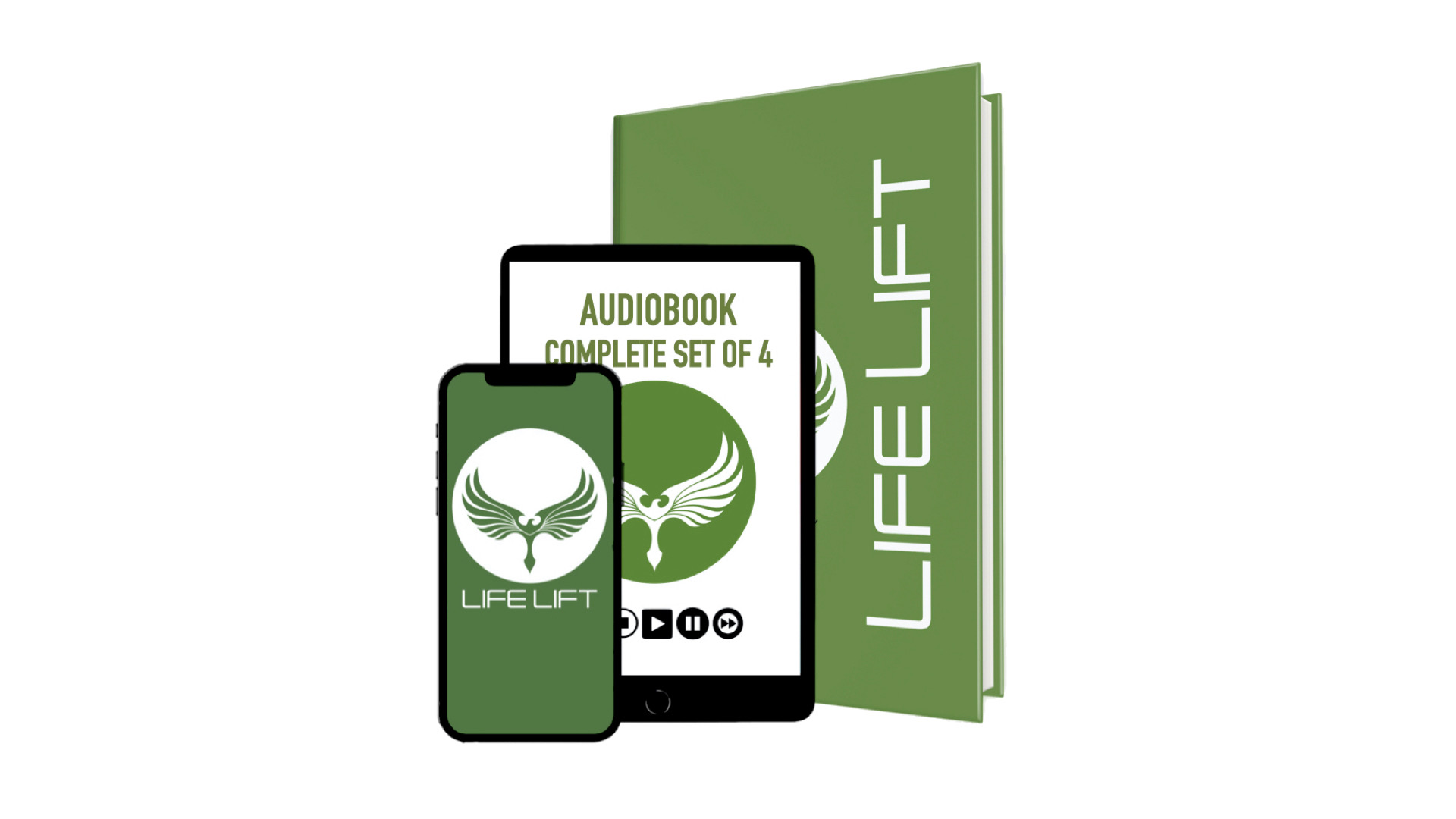 As well, I was able to connect all the videos to the webpages— and review them. I shared the assessments with a few people all week, but would love to get some feedback and see if they’re humming…

You can take all FOUR of the assessments here: https://www.jenkins.tv/assessments-contents 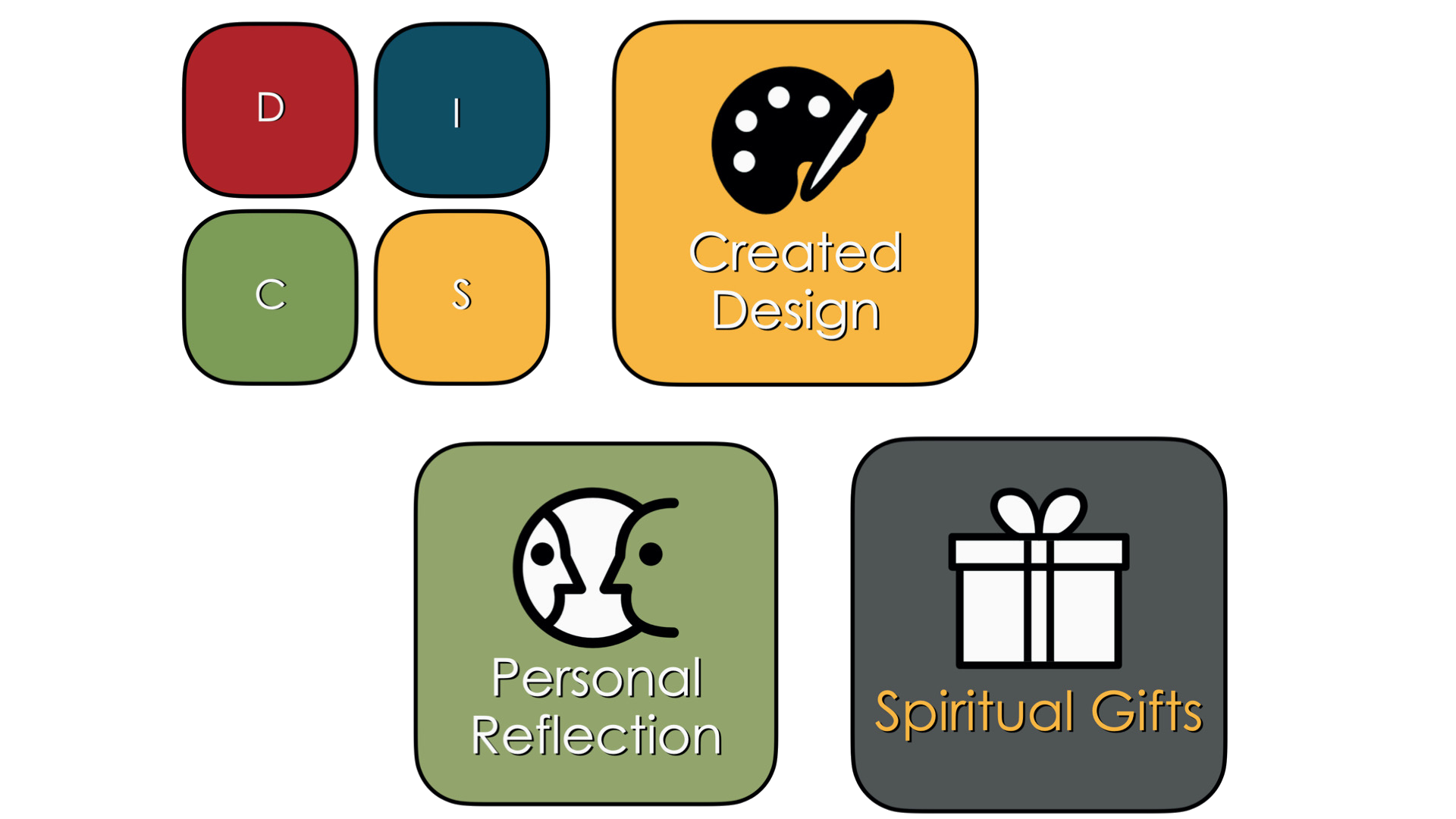 (Note, when people begin taking them as part of the book project, they’ll take them one at a time, but this is the contents page where you can’t find them all. Once I’m certain they’re all working properly, I’ll add assessment #5, which really distills everything together and gives you a personal profile.)

Faith = Seeing it all come together….

Or, I was on Thursday and Friday— for sure.

I'm re-energized after just a few days of "pressing pause."

Now, I’m doubling down on stepping back into a healthy rhythm / pace of work.

All that said, reading the books over the past weekend + first of this week was EXTREMELY rewarding. The content Dad created 20+ years ago is top notch. I’m honored to stand on his shoulders and take it to the next phase….

Wednesday was an interesting day. I ended up talking to two different friends for about 50 minutes each.

Both were work-related and so much more. In fact, we discussed more personal issues than professional issues. And, though unplanned, it was a great addition to the week.

Thanks, Adam and John.

BTW, in 2 more weeks you’ll hear Adam’s story on my podcast— when we discuss emotional health, walking through tough seasons, and what you can expect (as well as gain) from them.

Fun = boys to the skating rink

Tuesday was Oak Mountain’s “spirit night” or “family skate night” or whatever you call it at Skates 280.

As well as Judah.

In all honesty, I think Judah simply wanted a parachute out of the house, a respite, for a few hours— away from everything.

Salter wanted to win. That is, we rolled to Skates 280 simply so he could race.

(Of course, we didn’t know this on the front end, but, we learned pretty quickly once we got indoors— as it was literally THE ONLY THING he talked about.)

… and, of course, we documented the victory. 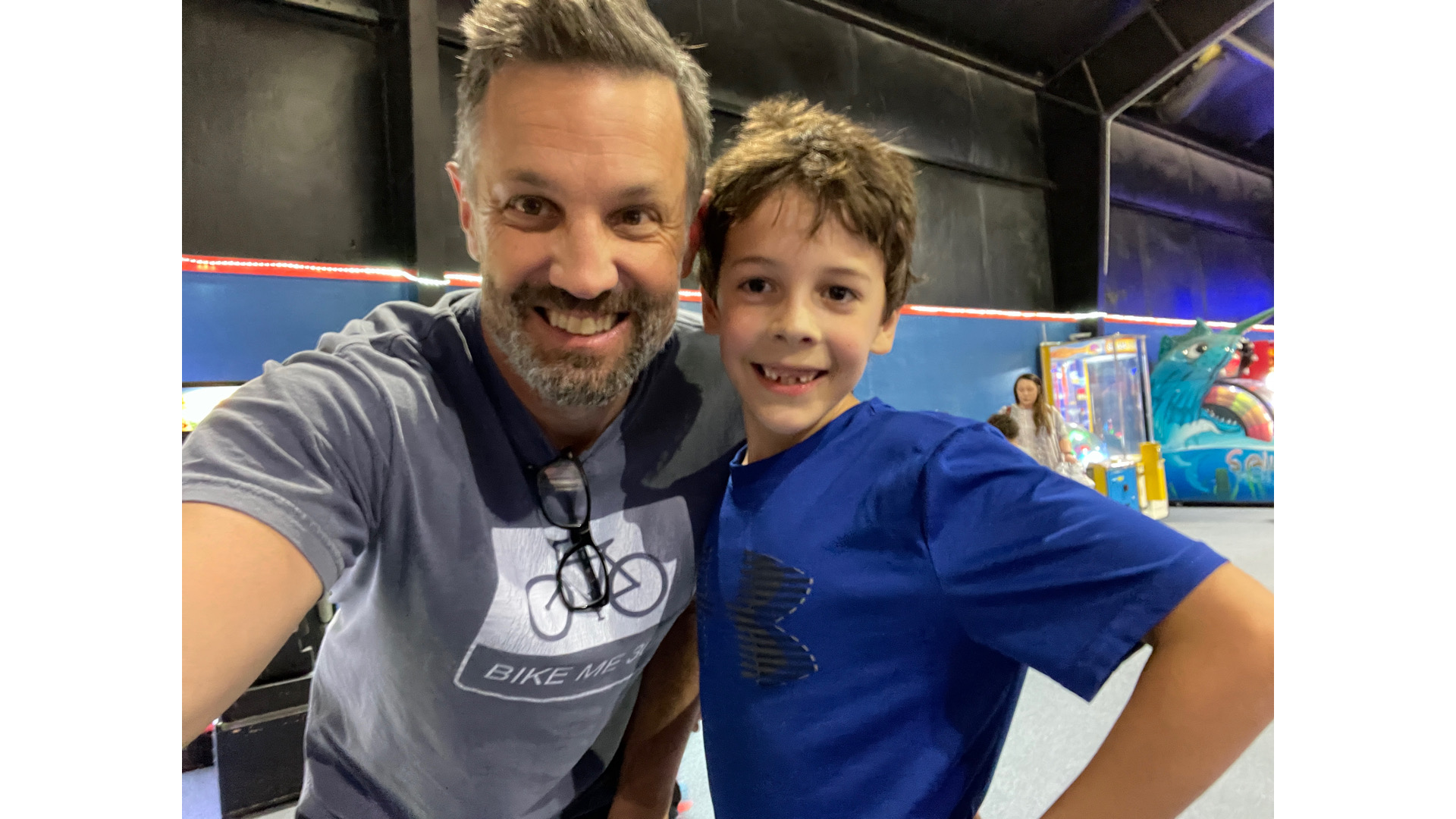 Well, that’s my Top 7. It’s not the only “good stuff” of the week, but it’s certainly some of the things most worth remembering.

Each night I try to sit down and jot a few notes in my planner about things I’m grateful for, events that happened that day.

Most of the time, for sure, I promise…

… if I didn’t 1) write it down in real time, and then 2) reflect back later in the week, I would simply forget.

Life is tough. For sure. Overworked seasons (often brought on my choice) reveal that for sure.

As does some of the nonsense we sometimes step into over which we have no control.=

But there are so many blessings to be grateful for…

A hymn we used to sing, back in the day, at church attests, “Count your many blessings… name them one by one…”

If you don’t, it’s easy to forget. Especially on the tough, tiring, and troubled days.

Download the planner free at www.Jenkins.tv/FreePlannerPDF BTW— and take it for a test drive.

See if the practice (even if you don’t blog about it!) works for you and serves you well.