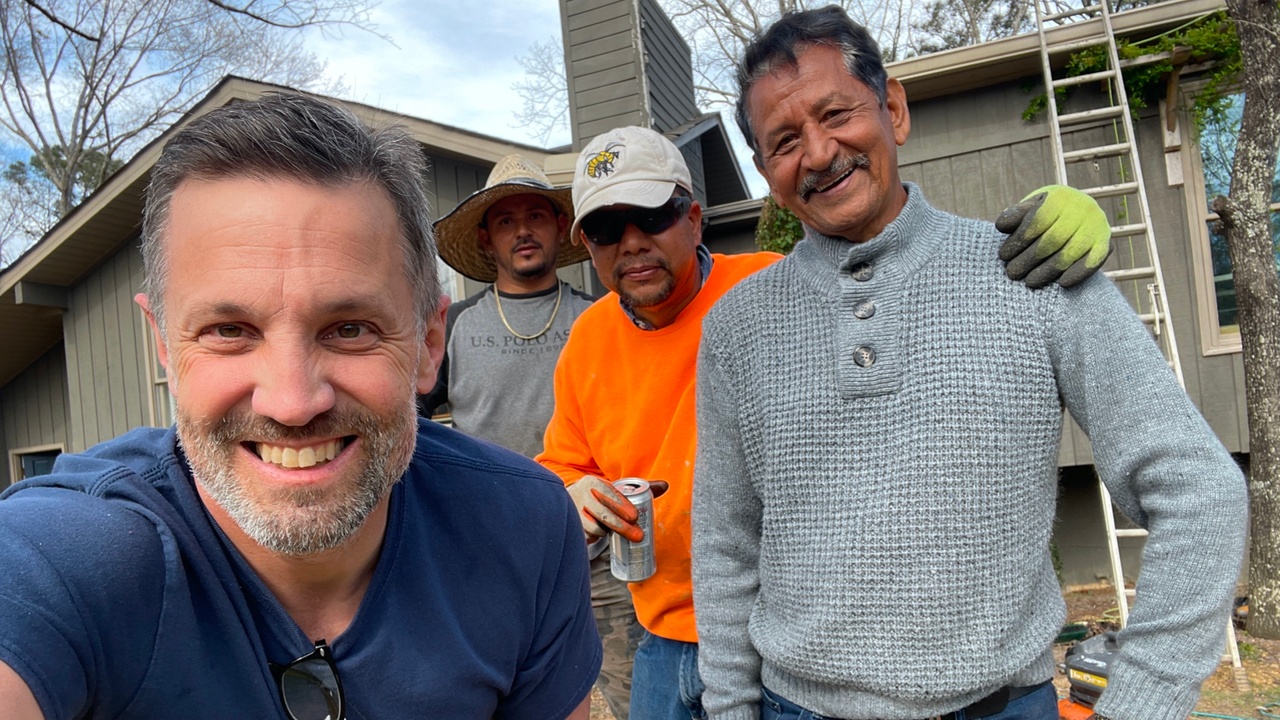 This week I took a break from the exercise, I put a new roof on the #TinyHouse, and I tore down an old fence.

What does all of that have in common?

(The 7 = my non-scientific list I make each weekend as I review the previous week as well as look forward to the next. I try to highlight "the best thing" in each of 7 key areas of life.

Fitness = Pulled my back out, took a few days off

A year or so ago, I heard that as you get older, mobility and movement becomes as important as strength. I never really understood that… until now.

I’ve been able, over the past few years, to run a 50K, complete the #75Hard fitness challenge, ride my bike long distances (i.e., a “century ride”) and even climb Mount Kilimanjaro. Sure, there are bigger feats people do— and have done— but I’ve felt good about where I am physically.

In other words, I’ve been able to physically pull off whatever I needed to do…

👉 shoveling Quickcrete (instant concrete) in the backyard for the fire pit

Beth and I were doing some clean-up this week and I knew it right when it happened.

Again, this was the 2nd time in about 2 years…

So, physical exertion took a backseat this week. I’ll pick up next week with “this week’s” Beachbody regimen, after the healing process is complete. And, I’ll remember that, as you “age up” (which is better that not aging up), the FORM of the movement becomes as important as the movement itself.

Finance = ripped the roof off, saved some $$$, but there's a BIG lesson in there

A few months ago, we noticed a small leak in the tiny house— the one that only presents itself somewhat randomly. During a storm, I jumped on the roof, put tar / bull on it and stopped it.

But then it returned.

Long story short, I punted this project off, consistently band-aiding it for MONTHS... until "the bill" finally came due. And, when we finally did the work, turns out it was FAR easier to just do the entire thing rather than continue nipping at it a little at a time...

(It's almost embarrassing how little effort it took to finally just DO THE ENTIRE THING right, rather than continuing to do "quick fixes" that-- in hindsight-- were merely temporary-- and anxiety producing-- reprieves.)

I gathered a few old friends— Miguel built a retaining wall for me before and helped pour concrete.

Roof COMPLETELY redone on the tiny-house in about 5 hours. Now, we’re ready for this week’s Spring rain. 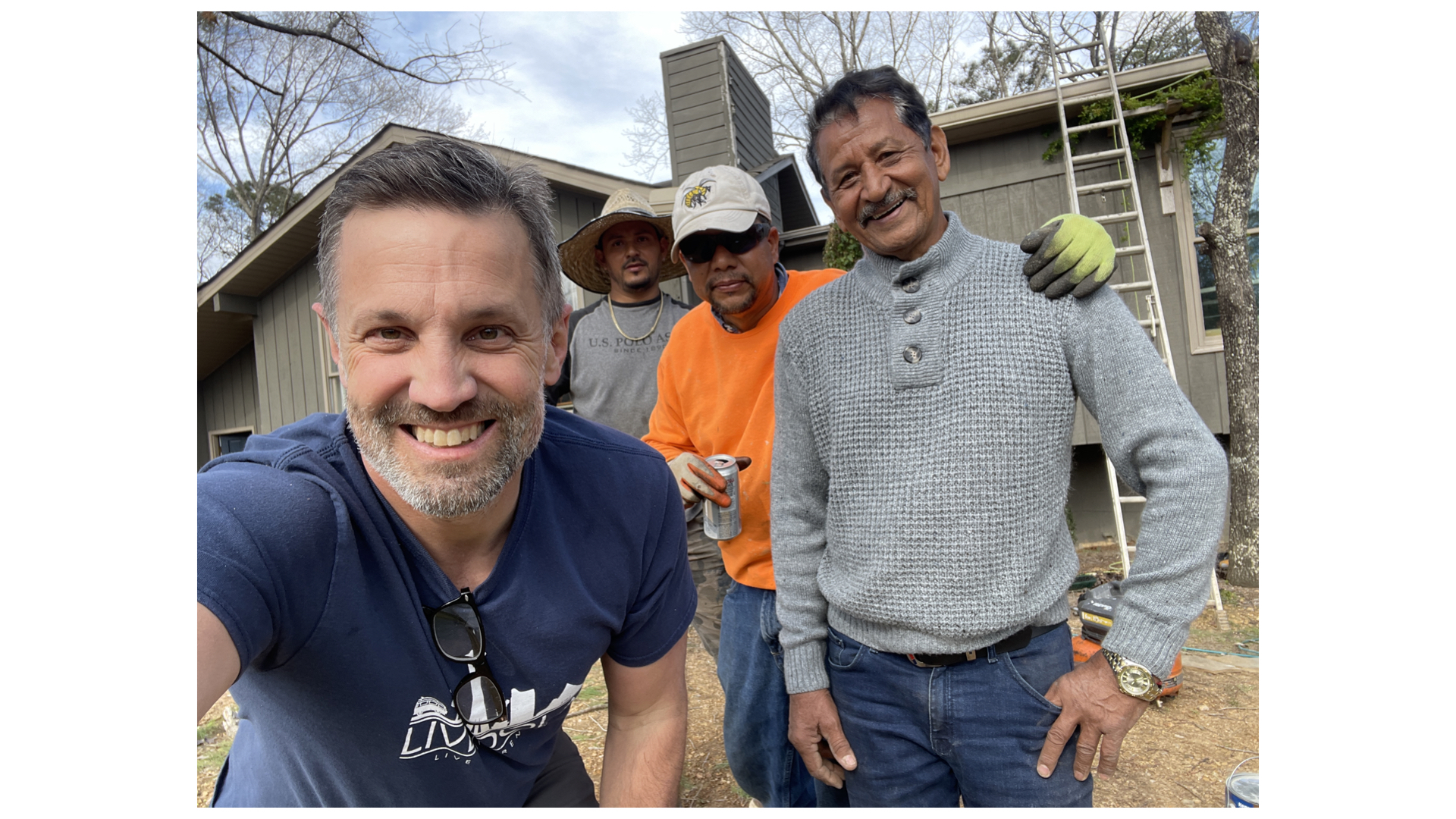 (We were able to repair some gutters and do a few other upgrades to the house, too.)

Family = Work is good for the soul

Last Sunday, Beth looked out our bedroom window— which has a great view of the backyard.

“That fence is kinda ratty-looking,” she said.

The previous owner(s) had a dog they wanted to keep from running off. I’m not sure if they built the “chicken wire” fence (I think it’s technically “cattle-fencing,” because it’s a bit more robust) or if it was here when they arrived. Though it probably looked great when it was first constructed, it had run its course.

Notably, I was going to create a garden INSIDE the small fenced area we had— back in 2020. That was just a few weeks before the Covid-pandemic kicked into high year, which is when I decided to erect the tiny house.

Oddly, enough, in all the renovation we’ve done to our house, I had clearly OVERLOOKED the dingy-fence…

I decided to take some action that day.

After a few off / on weeks of travel, we’d decided to take the day off. Not go anywhere. Not commit to doing anything but just enjoy the day.

I walked outside and gave myself an hour to take down whatever I could….

A few days mornings later (the day BEFORE pulling my back out), I finished demolishing the fence (and now have a big pile in the backyard for another small bonfire, all stacked neat, all ready to go).

The boys hauled the mulch that was scattered in small piles around the yard, back from when I chipped some of the downed trees….

Oh, and the boys helped in the entire process.

The second season of the Warrior. Hope podcast is in full swing. I’ve been able to interview several veterans, as well as people who assist them.

In the next month, I’ll set up another round of interviews. Scheduling-wise, I’ve learned that it’s best— for me— to “batch schedule” things. So, I’ll take a few days, record 10 talks, write the intros and outros (and record them), so that everything is ready to go…

Last week I was reminded (again) of the importance of not just being ON all the time.

I regularly teach about “rhythm” in my emotional wholeness content.  I often. Point to the image of a drummer— and note that the music only exists because of the times the drummer is NOT hitting the drums as well as the times he/she DOES hit those drums.

👉 Watch the video where I talk about it here https://www.jenkins.tv/rhythm 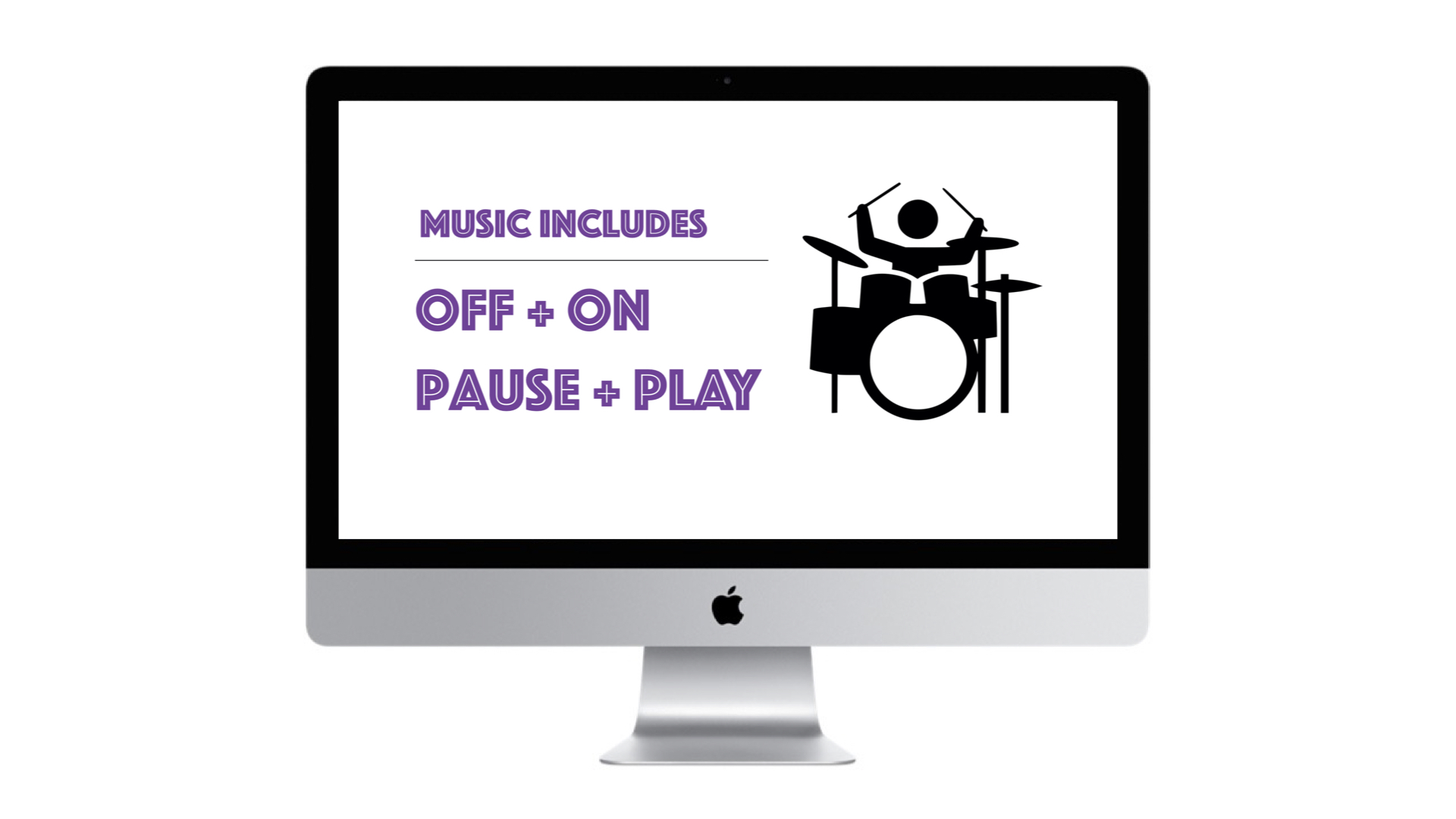 (Rhythm requires both. That’s the difference between having a kid playing in the background and a skilled musician— not only hitting the right notes or drum or cymbal, but ALSO hitting them in the right cadence.)

Oddly enough, it’s easier to TEACH this stuff than to actually DO it.

I didn’t get a picture (I often forget, but would love to have posted one here), but I sat down for a few unrushed hours with my friend Randy this Friday.

He wanted to get together to bounce some ideas— things he’d been thinking.

I was honored. I often— most often— done things in “reverse.” He’s been the sounding board.

I was reminded, yet again, that sometimes the most important things (and what we remember from the day) is not the work we do but the people with whom we connect.

Fun = late night movies with the boys, then wrestling championships

Friday night, Judah and Isaac and I stayed up until about 1:30am.

After watching a Marvel movie (Deadpool), we found our way to Jackass… a movie I’d never seen before (which apparently has an entire TV series, as well as multiple films).

(Side note: I understand, both movies are probably not the "most appropriate.")

Full of physical challenges (like jumping a mini bike over a river) and pranks (absurd ones, like “blowing up” porta-potties when friends walk in, so that they’re covered in the “blue” sanitary liquid) we found ourselves laughing…

… and nonsense laughing some more.

The next day, after finishing the roof and replacement lights for the 200+ bulbs outside around the house, I sat down in front of the TV.

Beth was cooking dinner— for the 11 or so people in our house this weekend (kids, plus Emma back from college for Spring break, plus customary friends crashing here).

The boys converged in the living room and found— by random— that the NCAA wrestling championships were on. 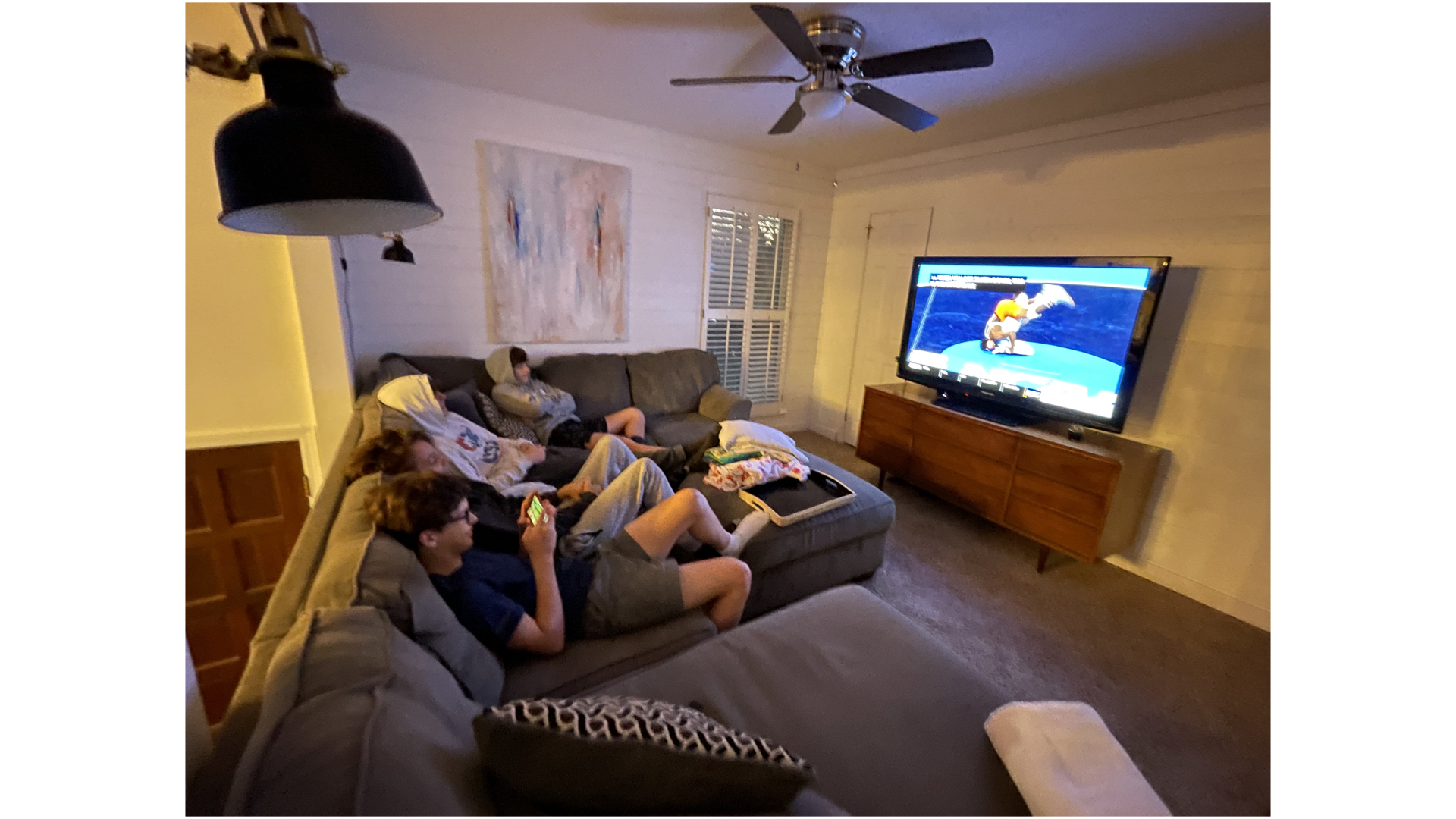 This weekend I spent about an hour “loading up” the planner for next quarter. I still use a pen and paper planner— one I created.

I wrote the dates in each day’s agenda, numbered the “month at a glance” pages, and penned standing appointments and other items inside…

As I wrote the dates for April thru June, I was reminded that we’re moving into the second quarter of the year. That is, 90-ish days are almost done.

At the beginning of the year, I wrote some substantial goals for the year. This transition, this marker, reminded me that those goals aren’t achieved “overnight” on December 30 or 31. Rather, they occur one quarter at a time… a week at a time… a day at a time…

Not where you want to be?

Now is a great time to begin anew, effectively using April 1 as a new launch for the next season.