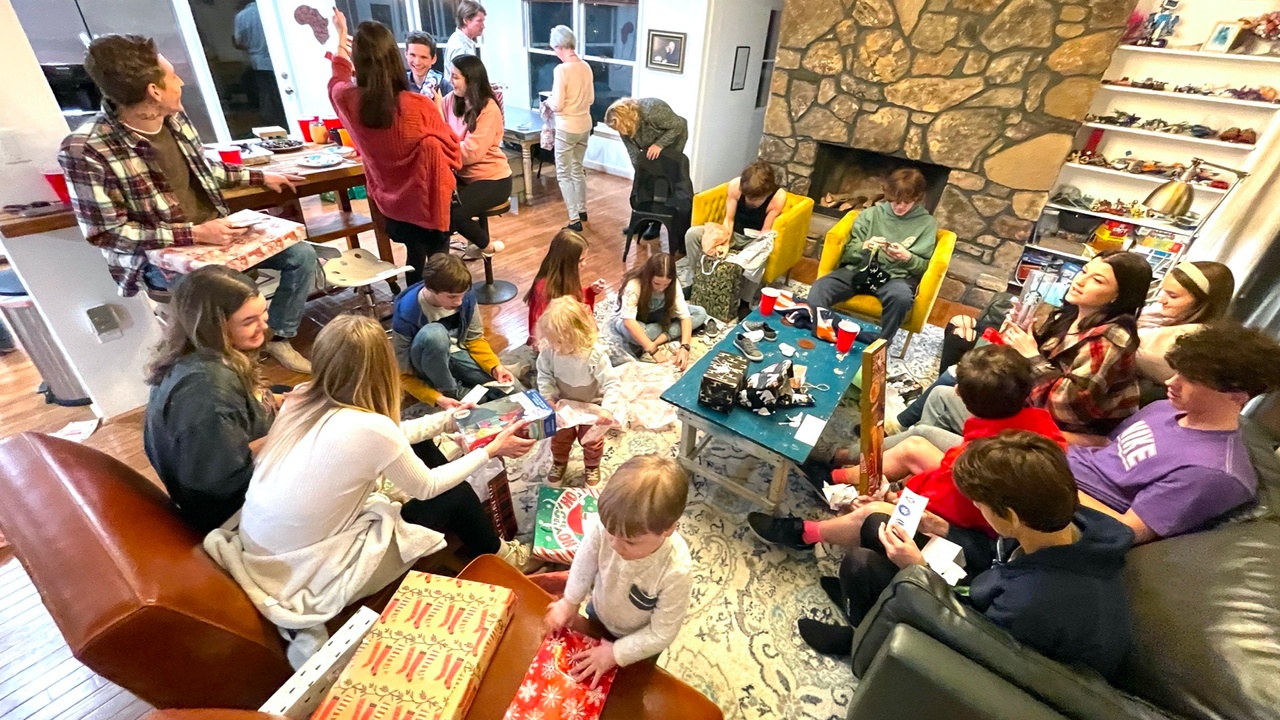 Last Sunday morning, we slept in… for a bit.

We had a LOT to do around the house, since we had family coming over for an early Christmas…

Side note: we decided to start doing family Christmas around the first weekend of December. Missed it this year because we were on a work trip, so we opted for the second week. This, I think, will work out well— no one clamors for the first week of December. Everyone adamantly wants Christmas to be celebrated on Christmas DAY or Christmas EVE… but, the other times… they’re all up for grabs.

It’s odd, b/c when you study ancient history and Biblical theology, you discover that Jesus was probably born closer to the Fall (2022 will be October 9-16, for example), back when the Jews celebrated the “Feast of Tabernacles,” made tents on their porches and backyards to celebrate the time God provided in the wilderness, and then celebrated the “Word become flesh and living among them,” which literally translates as “God pitched His tent with us” (see John 1:14).

(So, baby Jesus likely didn't stay in a barn, but in a temporary shelter-- like a tent, reminiscent of this-- as people celebrated this moment.)

Anyway, everyone was coming over— at 5:45pm (not sure how we created that for our gathering time). So, I went for a run— a long one— around 1pm…

… to a full driveway.

Still. Long Sunday runs are the best. I prefer the morning. But, geez… anytime when there’s very little traffic, when the weather is great (it’s OK if the weather isn’t, too) seems like a fantastic time to get outdoors…

Finance = Out to eat for Anna’s last day of work

Wednesday we went out (me + 2 of the girls)— it was Anna’s last day of work. Beth had a presentation to do that evening via Zoom, one of the boys had basketball practice (which has punted date night to Tuesdays for a few months instead of our customary Wednesdays), so me + these two went to celebrate.

Tried the “new” version of Little Donkey in Homewood, where they’ve been renovated the old strip— adding a new hotel, Edgar’s, and a few other places

Anna’s transitioning to some other, more entrepreneurial opportunities I’ll post about around the first of the year. 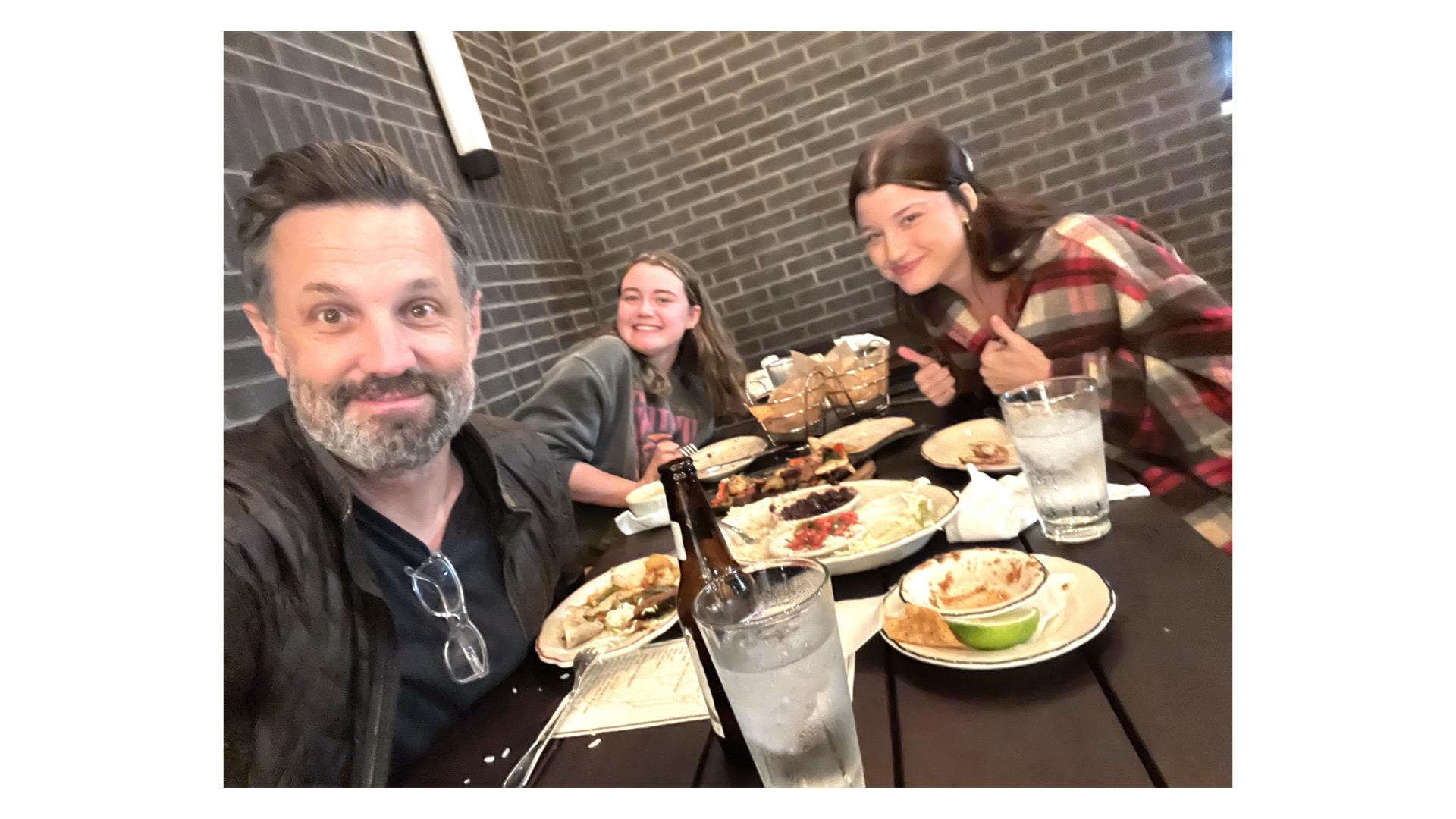 When I renovated the house (bought a perfectly move-in ready home about two years ago and then began knocking out walls), I knew we wanted it to be a place where we had wide-open spaces so people could gather…

We were intentional about the space— and knocked most all of the walls out in the main home’s upper level (now, the only two “rooms” are the Master bedroom and the office— everything else is open).

The result is lots of open space for things like this— 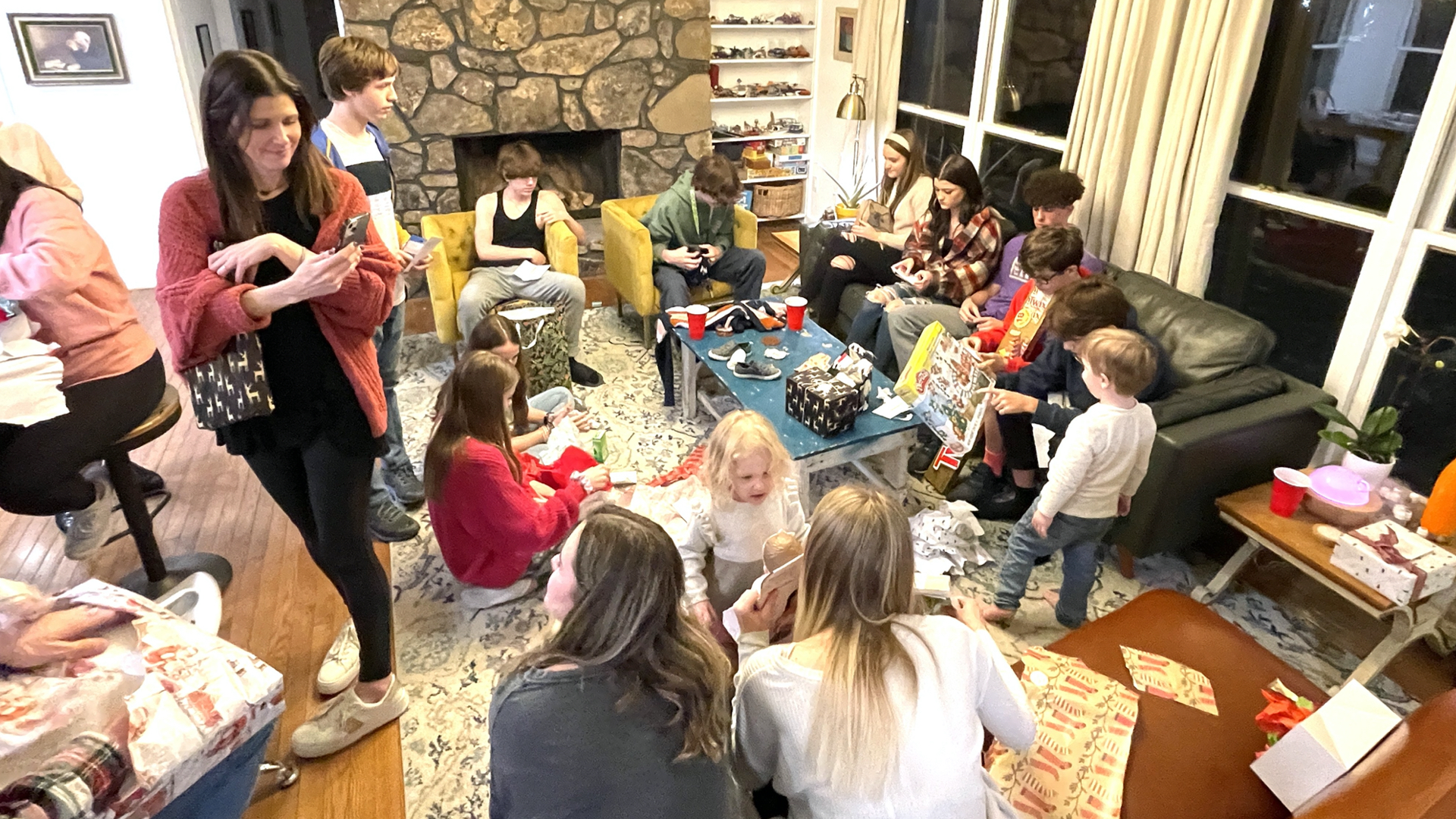 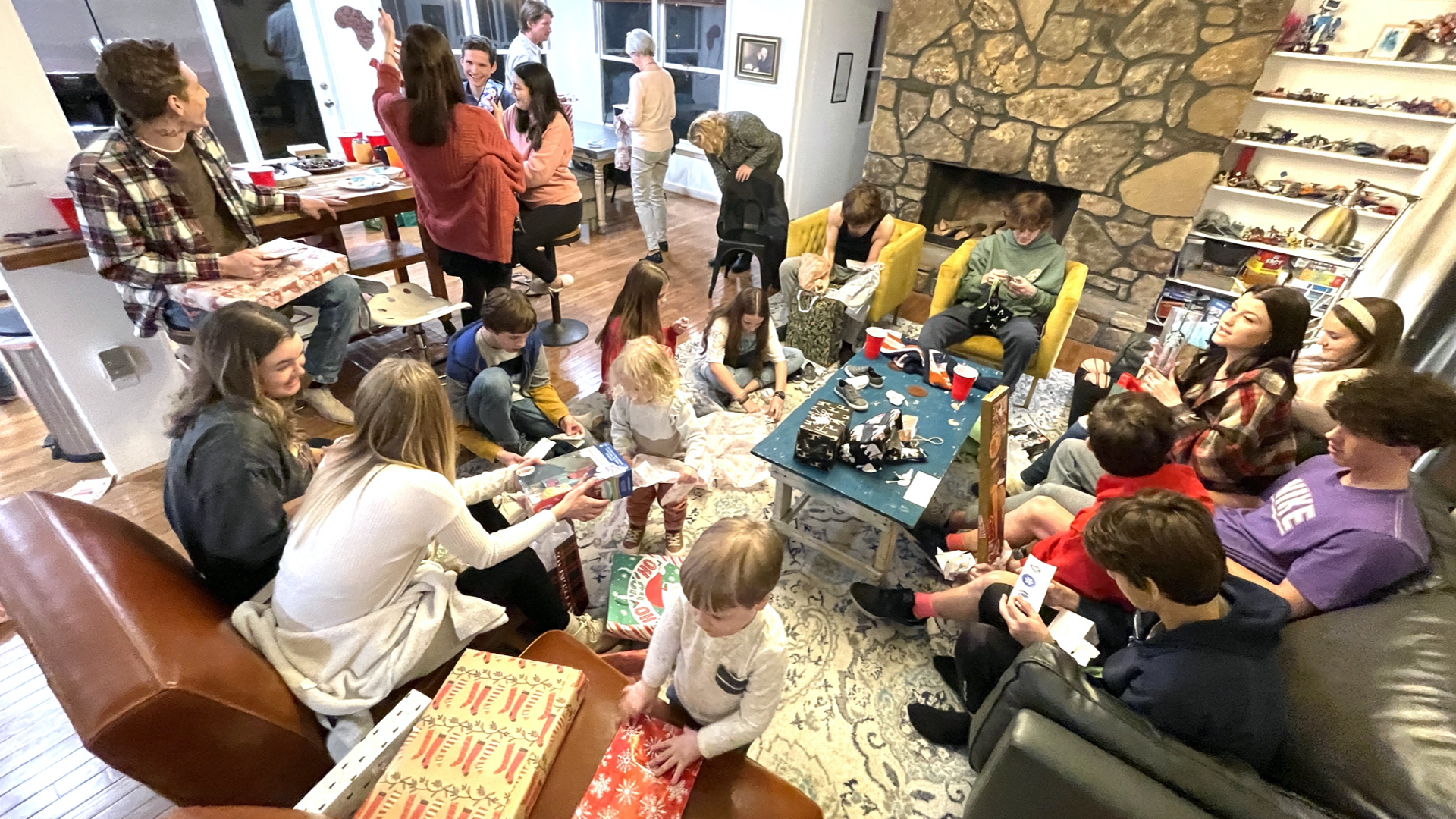 Then, I opted to use one side of the garage for a “workspace” (it would be to the left here, out of the frame). I have the bikes hanging on the wall, all of my tools stored for easy access, and the motorbikes… 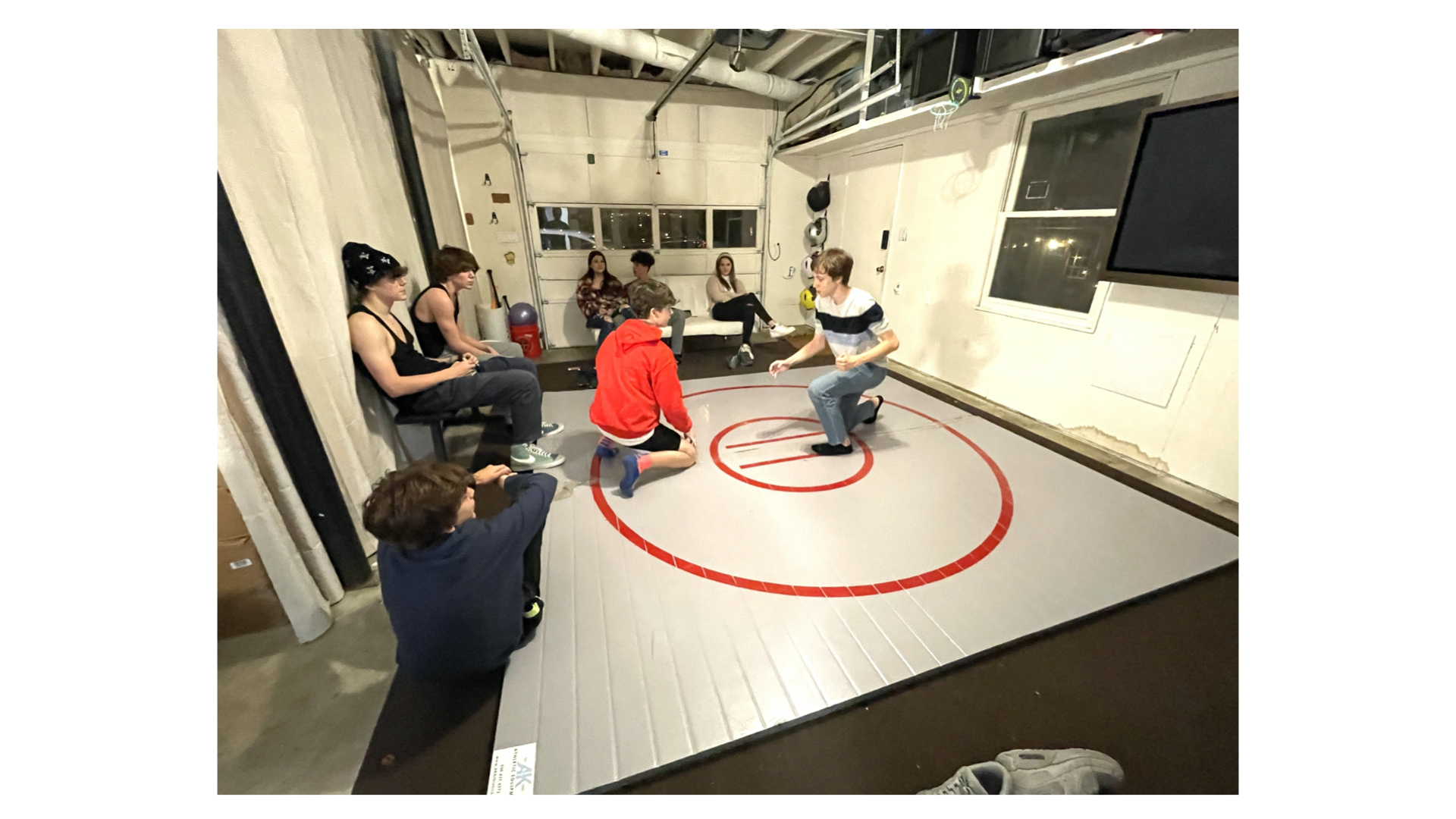 I used to park on the right side…

But, over time, I realized I would rather park outside and have the place for exercise.

Yes, that’s a wrestling mat the boys rolled out. Once one of the boys jumped into the sport, and it was obvious he was going to keep doing it, I bought a mat from a recent graduate who lives down the street. 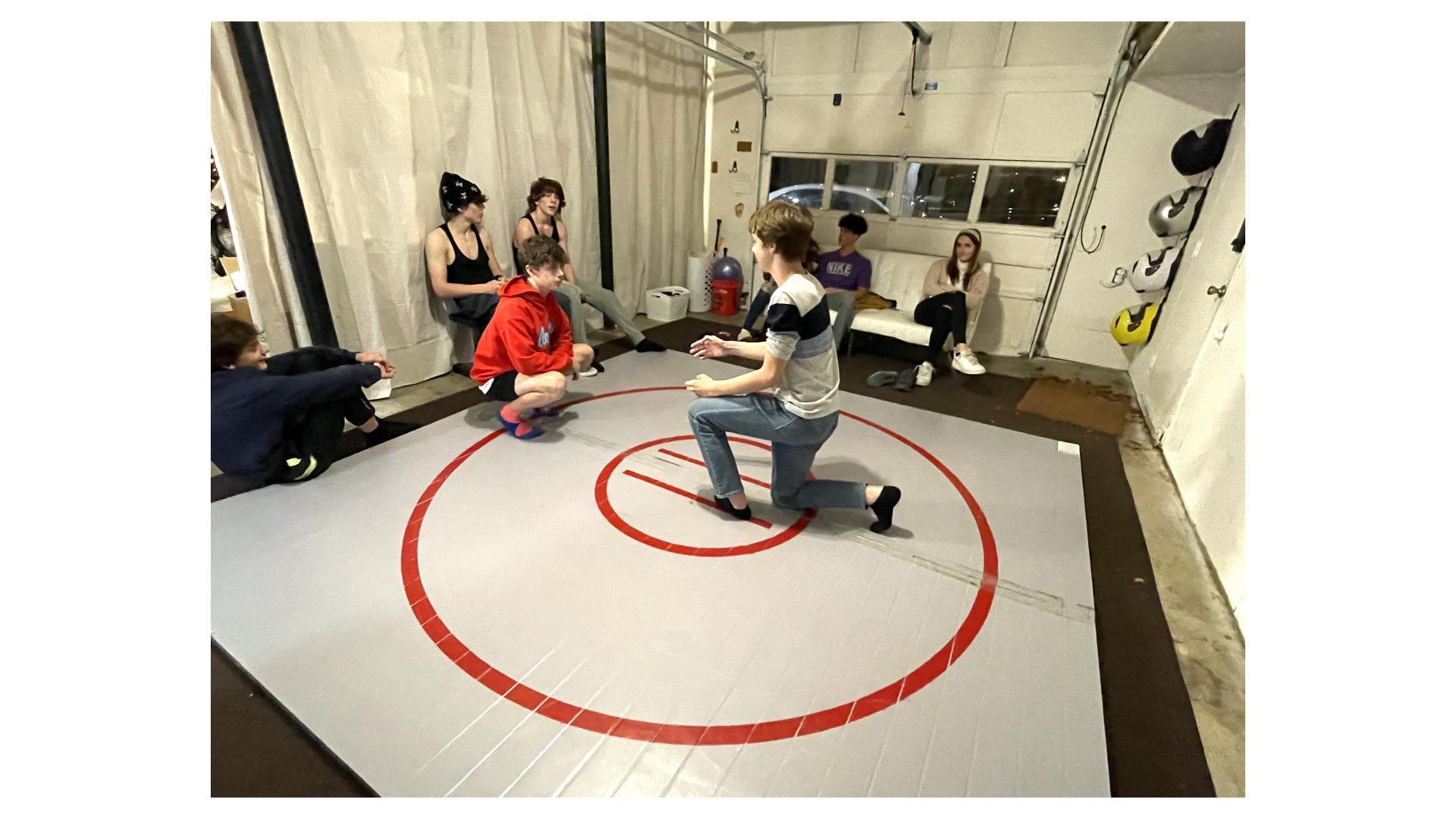 I have written about it, but about three months ago I began doing some work for Courage to Lead, a coaching organization my friend Shawn Lovejoy founded several years ago. Shawn has been a real estate developer (quite successful at it), a megachurch pastor (he started a church in his living room, then grew it to 3K+ attenders), and a consultant…

Coaching is his sweet spot, though. And of course, all of that experience funnels right into it.

Courage to Lead has been diverging “two brands.” They coach ministry leaders (i.e., pastors), as well as marketplace leaders (business executives). Though some of the principles are the same, there’s a radical difference in running a volunteer organization (i.e., the church) and an employee-fueled business.

Shawn reached a few months ago via text—

So, a convo or two later, and I began…

We spent the first 30-45 days “running the play” that was already in place, as well as learning the “Framework” he created (i.e, “The Gears of Growth.”).

Next week, the second…

(There are already sites up, so the new ones will replace them.)

Faith = The Chosen, “The Messengers”

This Tuesday, Beth and I drove to the AMC to watch “The Messengers,” a Christmas special by Dallas Jenkins, who directed The Chosen.

Everything in the Scripture is packaged— and then presented— as real people doing real life, and then encountering God amidst it.

The Chosen removes the “ivory tower” facade we often place on The Message. It takes away the gloss and presents it amidst the grind of real people…

We usually do date night on Wednesdays. But, with one of the kid’s basketball practices being held on Wednesday evenings, we opted to Tuesdays.

My friend Randy texted me this week— probably an accountability-type of reach out: “Hey, what happened to Wednesday night date night?”

His message made sense. Usually we snap a pic and post it online. But, we hadn’t in a few weeks. And, he saw I had been out with the girls one Wednesday, doing something different another Wednesday, Beth hosting a presentation one Wednesday…

A few weeks ago another pal, Andy Heis, opened his new church facility (Desperation Church, Cullman) and held the dedication. I rode up with Shawn, where I met Adam Hicks.

Adam leads the Jasper campus of the church— where he preaches most weeks and oversees the ministries (each campus features live preaching— no video-stuff there!).

So, we stayed in touch.

This past week… breakfast at Another Broken Egg.

Here’s one thing I’m learning: when you find a connection with people you learn from, lean into it a bit. Intentionally take the pause. Listen. Learn. Share. Grow.

This week was a grind. Lots of hours working on a few projects (two websites, still working in the background on the LifeLift workbook, uploaded the FOUR paperbacks, etc.). So, I didn’t schedule any intentional fun.

Sure, I’m enjoying this season of life. And, you could argue that the run was fun, that Christmas was fun, that hanging out with friends and family is fun…

But, part of staying in rhythm over the long haul includes intentional times of pause. It doesn’t happen every week. But it's the goal.

Since I didn’t do anything “fun,” I’ll share this post of my haircut. Got that this week. The gal on the left is Allie, who works at Studio 21 and does a fab job with men’s hair.

(And, notice all the grey coming in on mine!) 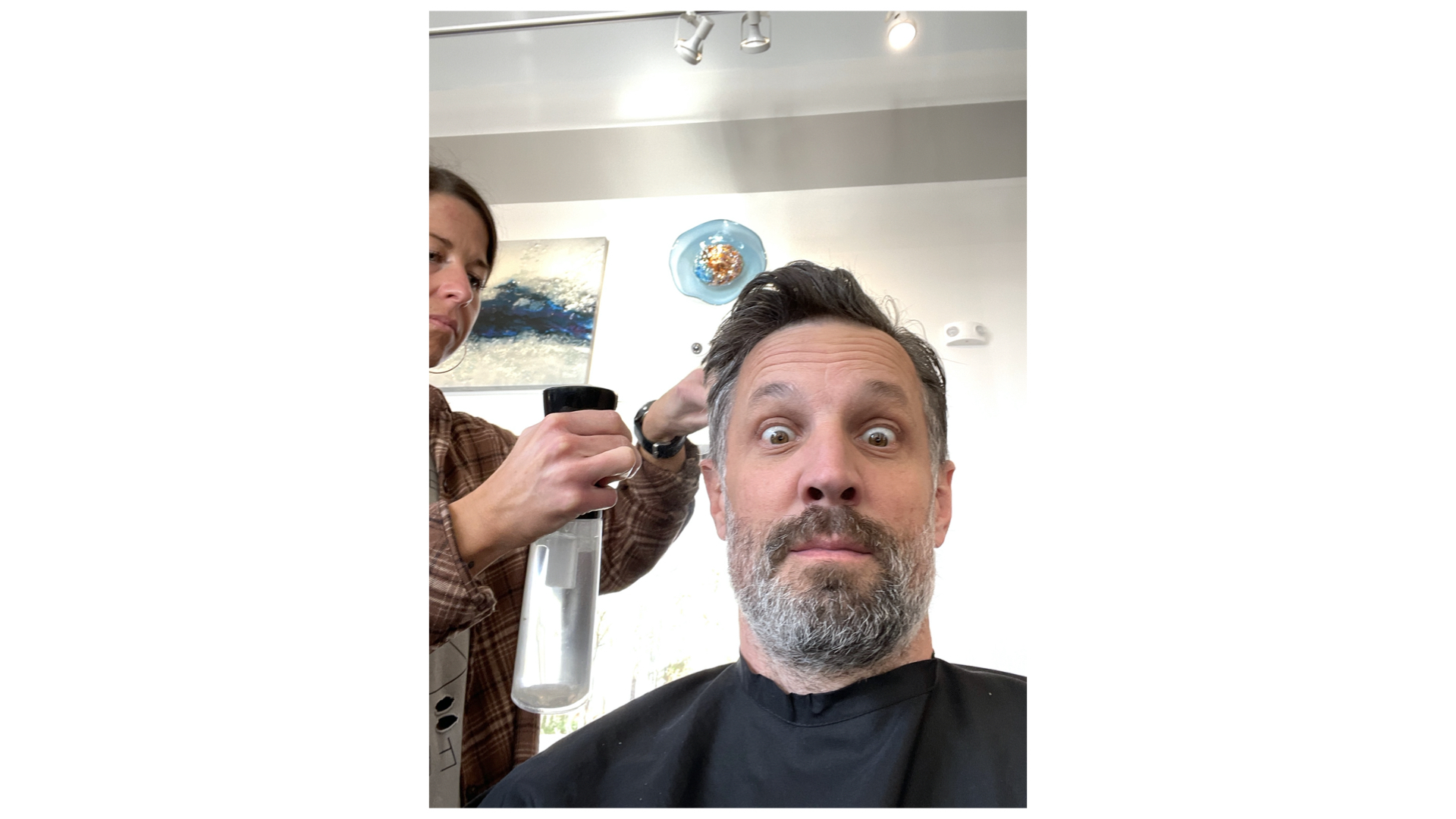 This is the Top 7 for last week. Every Sunday afternoon I sit down for 45 minutes or so, map out the upcoming week, and look back at the previous. As I do, I make a few notes in my “weekly review” about the highlights from the previous 7 days…

BTW, you can download the UPDATED version of the planner at www.Jenkins.tv/FreePlannerPDF