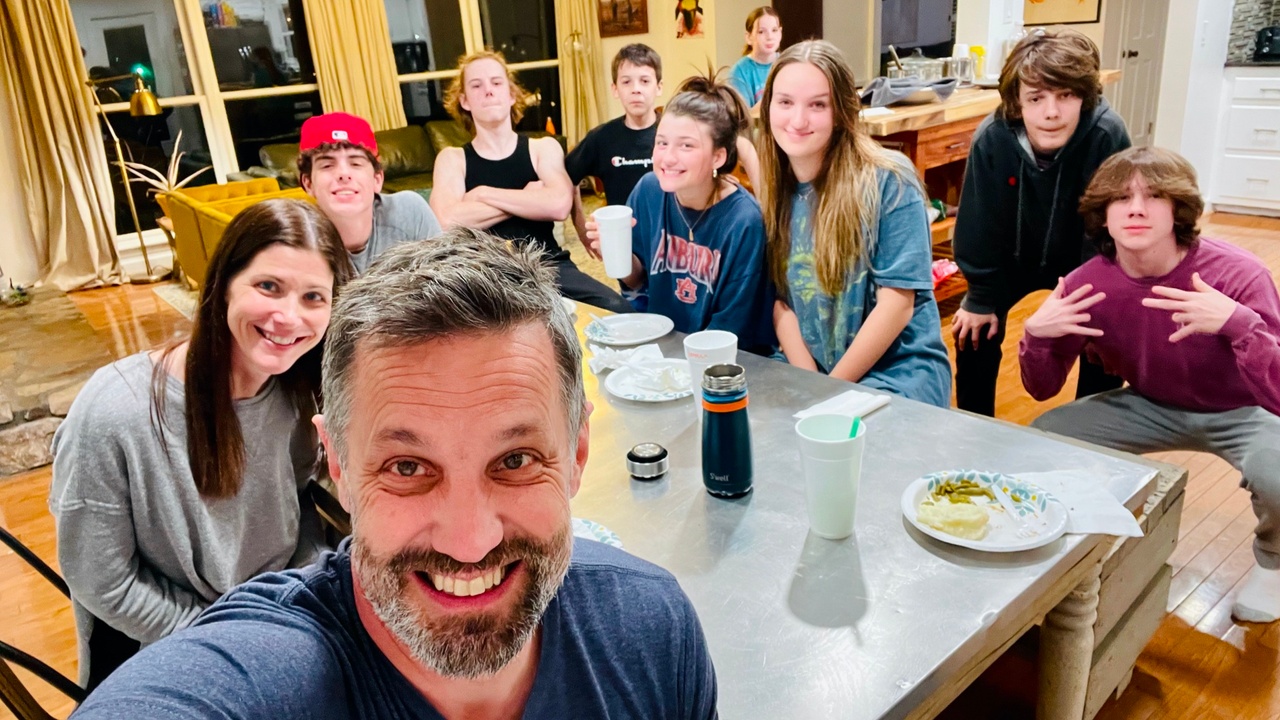 This past week was Spring Break 2022 for most of the kids— all the elementary, middle, junior, and high school ones. The college kids already had theirs…

That meant a full house, with lots of “moving parts,” in addition to everything we already had rolling for the week. 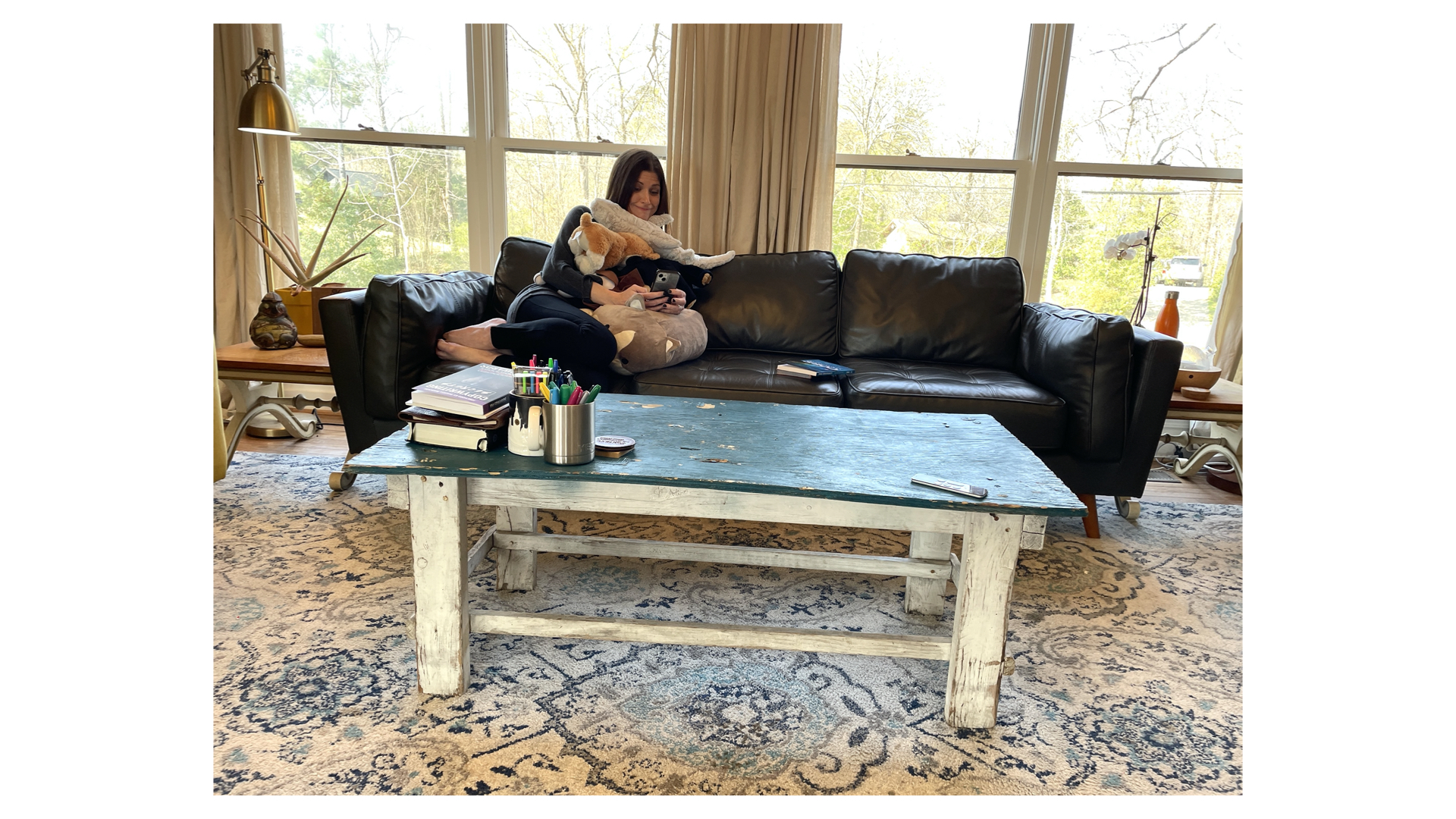 Monday morning, while we were waiting for my parents to roll over from their hotel (we offered for them to spend the night in the #TinyHouse, but after realizing we had a completely full home, they decided some time + space at the nearby Hampton might be worth the little bit of money they would invest— coupled with any hotel points they might gain.)

Salter decided she needed his “plushies” (read: stuffed animals) to keep her company.

Though not quite enough to make my Top 7 for the week, the oddity of it definitely deserved an honorable mention.

Then, I blog about them.

Why write it down?

It helps me look back— and remember. There are so many lessons gained from looking in the rear view mirror and taking a second look at what happened— good and bad. And, in some sense, I get to re-live some of the best moments again as I consider them.

BTW, you can download the planner FREE at www.Jenkins.tv/FreePlannerPDF

Sure, there are paid options (i.e., the hardback version I use, but take a look and see what it looks like— and if it might be a good tool for you).

Paid options are at www.Jenkins.tv/AP

Fitness = adapted #75Hard and a game of SQUIRT

We’ve got a basketball court (i.e., a big concrete porch) outside the tiny house, where the kids play just about every day.

Mini asked me to play this week.

My rule of thumb is that unless I am specifically going in that moment to do something that is time-bound (i.e., phone call, Zoom, etc.), I say “yes” and play at least one game.

We decided to play SQUIRT.

For up to an hour, the winner gets to call the loser SQUIRT. 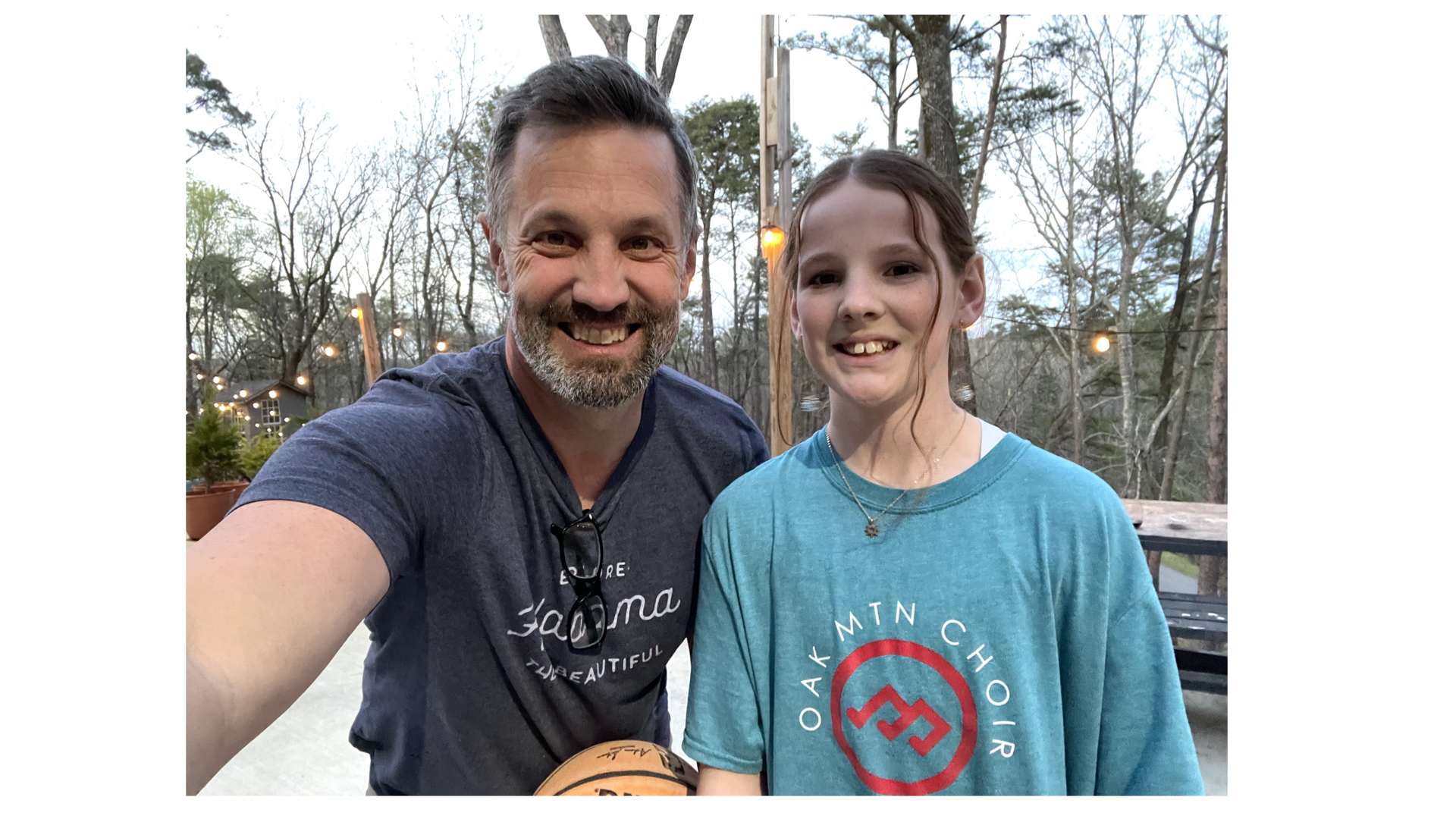 I also adapted the #75Hard Challenge this week…

I know, it’s not actually the SAME if you adjust it, but I really needed a 75 day-run that involves TOTAL fitness— not just physical strength.

I talked about my summer journey through the challenge on the podcast, here:

I posted the free + shipping LifeLift book on the home page of the website earlier this week— and, as a results, sent out some free resources + sold some others.

In the near future we’ll begin promoting the LifeLift project a great deal. In fact, I had a few meetings about the project this week— and more this coming week.

In the mean time, we’re giving away the book on our webpage. Pay the shipping + handling and we’ll send it.

Go to www.Jenkins.tv/free to provide you shipping details.

I picked up Salter from school last Friday.

He continued, “I think I’m 100% you. We’re basically the same person— just a bunch of years apart. Like clones or replicas or something…”

To be fair, pictures of me at Salter’s age uncannily look like him— so much so that he’s been confused before. And, personality-wise, multiple teachers have actually remarked— at parent/teacher nights— “Oh, this explains a lot about him.”

So, all week, at his suggestion, we’ve dumped the other nicknames and have been calling him “Little Andy.” 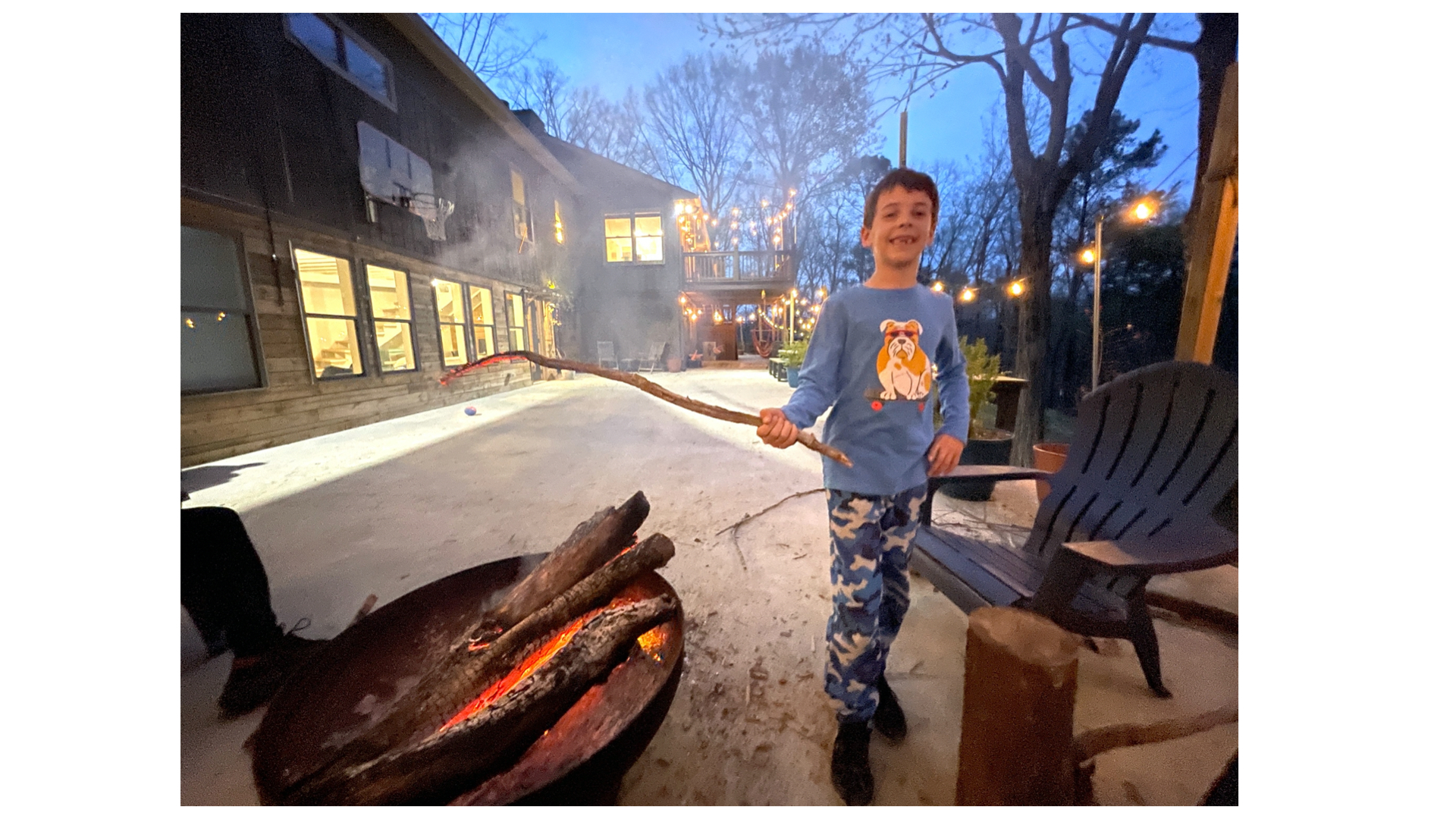 I do know he likes to draw— and, though I don’t think I ever wore my pajamas for FOUR DAYS straight like he opted to do this Spring Break (nor draw on my desk, as he’s done here— something his 17yo brother modeled for him), there are similarities. 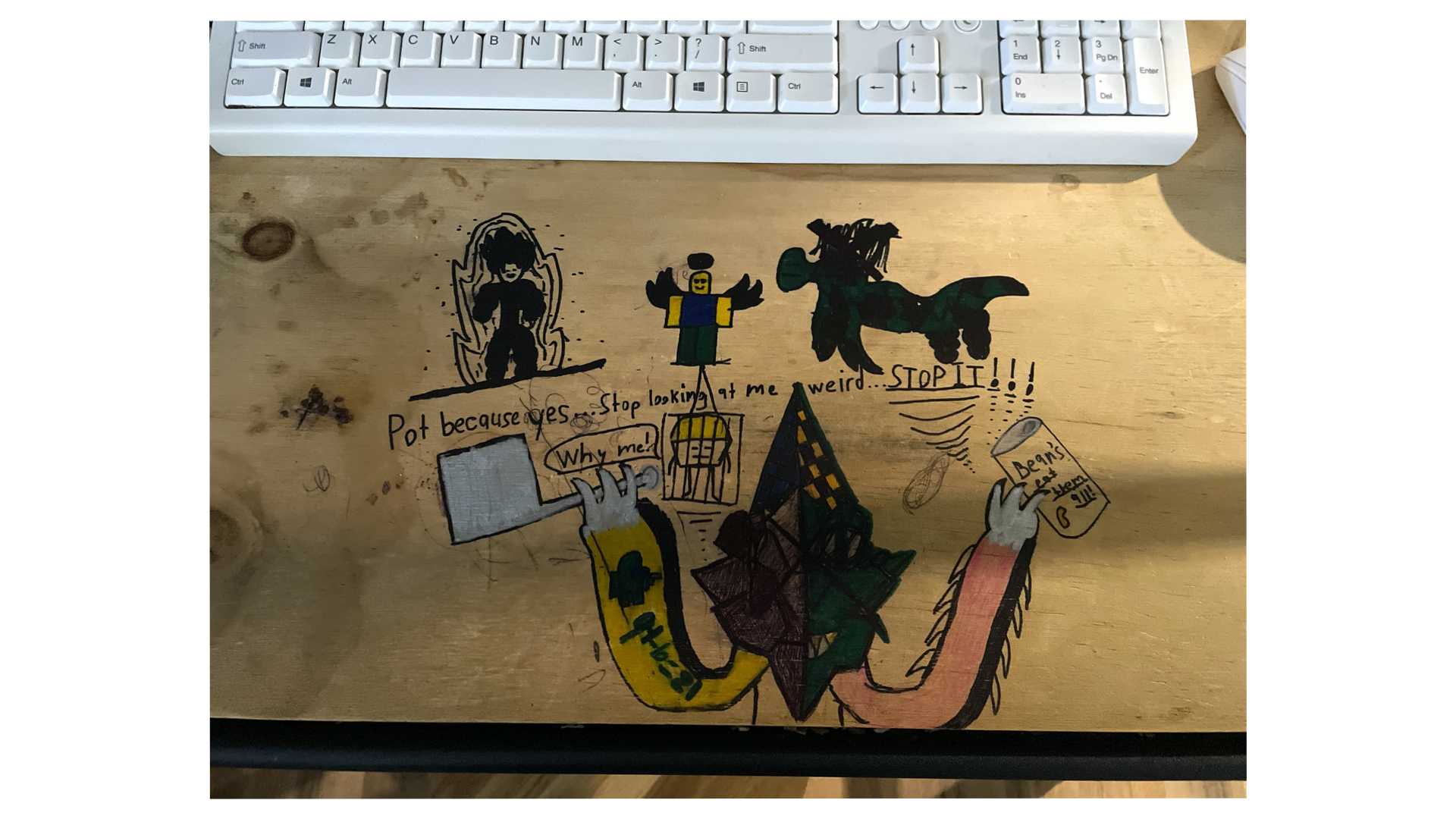 Their workstations (with computers and games, etc.) are actually massive utility shelves from The Home Depot that I converted into desks, using a sanded plywood top. And they have been given permission to ONLY write on that part of the desks— in fact, nothing else in the house can be written on.

It wasn’t the first Sunday of the month (which is originally when we wanted to start dialing this in), but it worked. One of the traditions Beth and I want to set in place is a regular time— that’s not normally occupied by anything else (i.e., sports, church, other common activities like work, etc.) and host a family gathering— where anyone can come, even after the leave the house. They’ll just know that this is when we do it…

So, Sunday I grilled tenderloin on the Traeger, she pulled together several vegetables, and we gathered around the table and— unrushed— at and talked and just enjoyed being present. 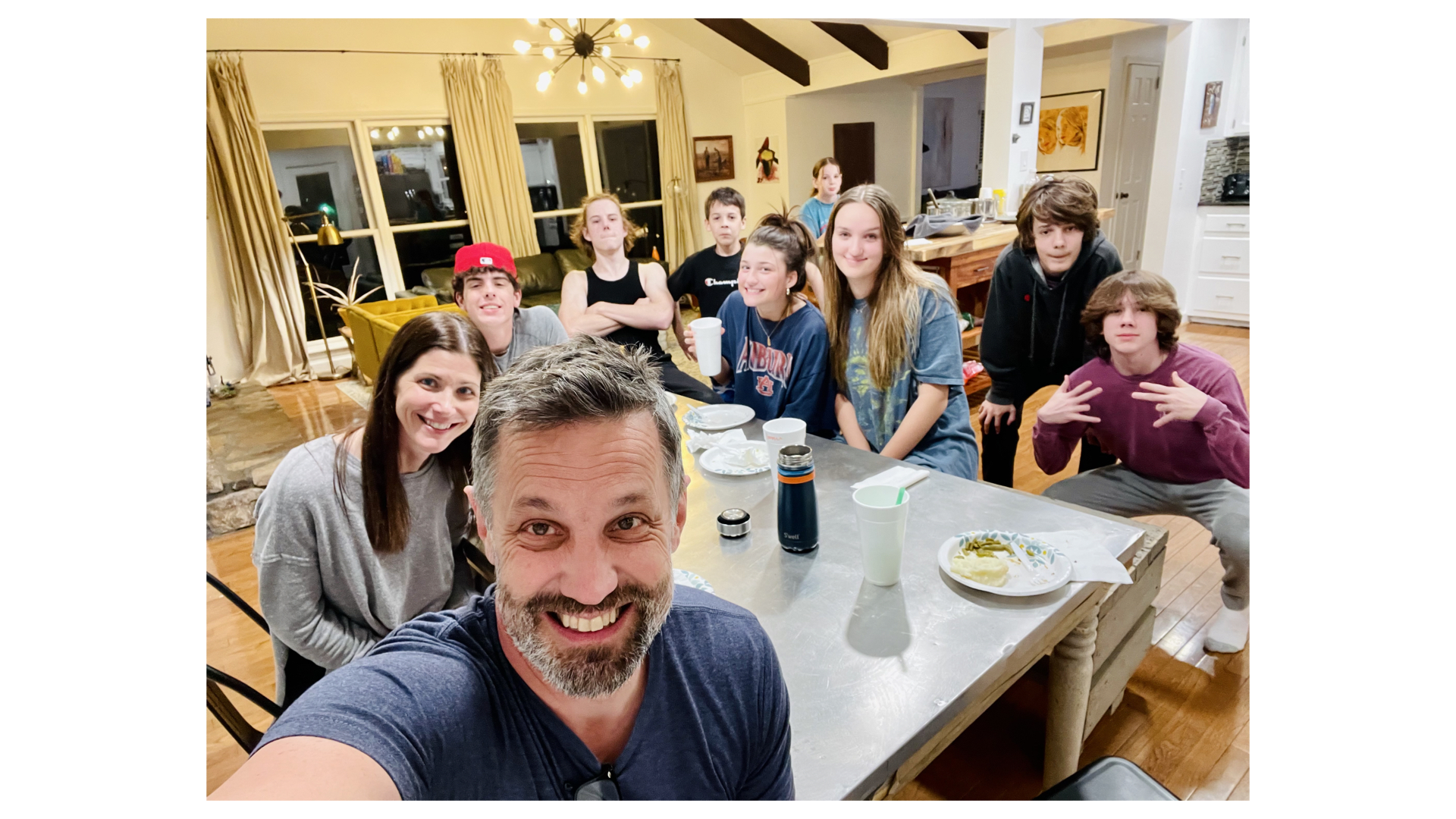 I’m not sure why half the kids are tossing thug signs and posing like bar-room bouncers, BTW.

A few weeks ago, my friend Barry Cosper reached out about the LifeLift project.

“Can you come talk about it at the minsters conference we do each Monday?”

“And can you bring your Dad?”

Dad wrote the original version of LifeLift 20+ years ago— back when he pastored Hilldale Baptist Church in Centerpoint (where I grew up). He handed the material over to me a few years ago to rewrite, reboot, upgrade… and then worked through the editing process with me afterwards.

Barry provided us a date— which happened to fall on Spring Break. Dad’s schedule was clear, so he and my Mom drove down from HSV, spent some time with the kids, and then we went to the Metro Birmingham Baptist Association to speak with their crew.

Somewhere in the past week, we were offered ANOTHER invitation to talk on their podcast, just before the weekly conference. So, of course, we obliged— and we’re honored to do so.

Here’s Chris Crain (the Director of Missions) on the far right, with my Dad on the left. 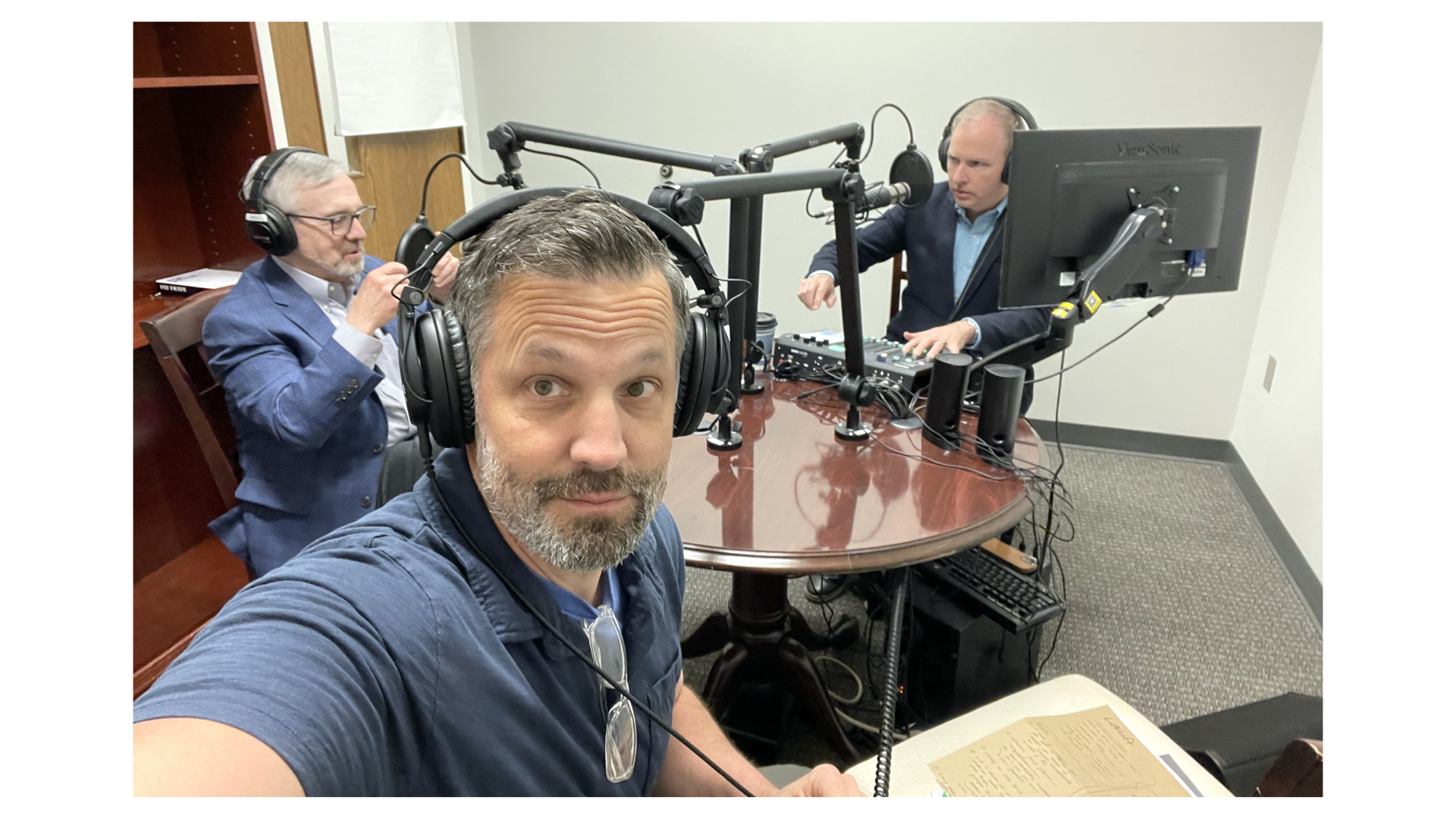 The podcast was uploaded THAT DAY at—

Or you can stream here...

Again, we were able to speak to the group, as well...

As we spoke I gave several copies of the resources away to new friends. Here’s the vice-moderator, Dr. Morris Johnson, with the four book bundle (Identity, Presence, Expression, Perspective). 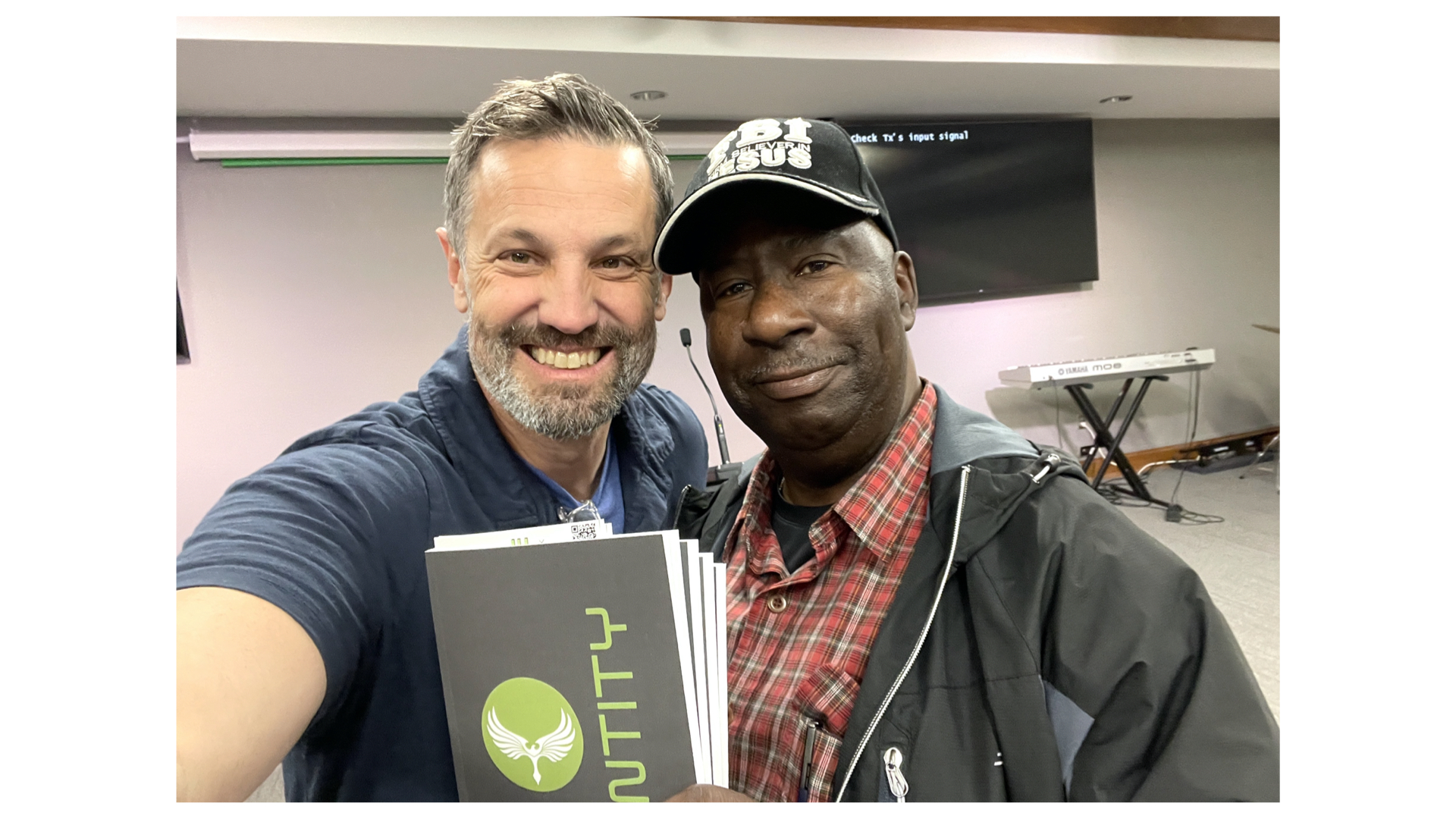 And, here’s Anthony Cooper (the now-retried legend behind the Jimmy Hale Mission) with the workbook (get your free at www.Jenkins.tv/free) and Nicole with the 500-page, thicker overview. 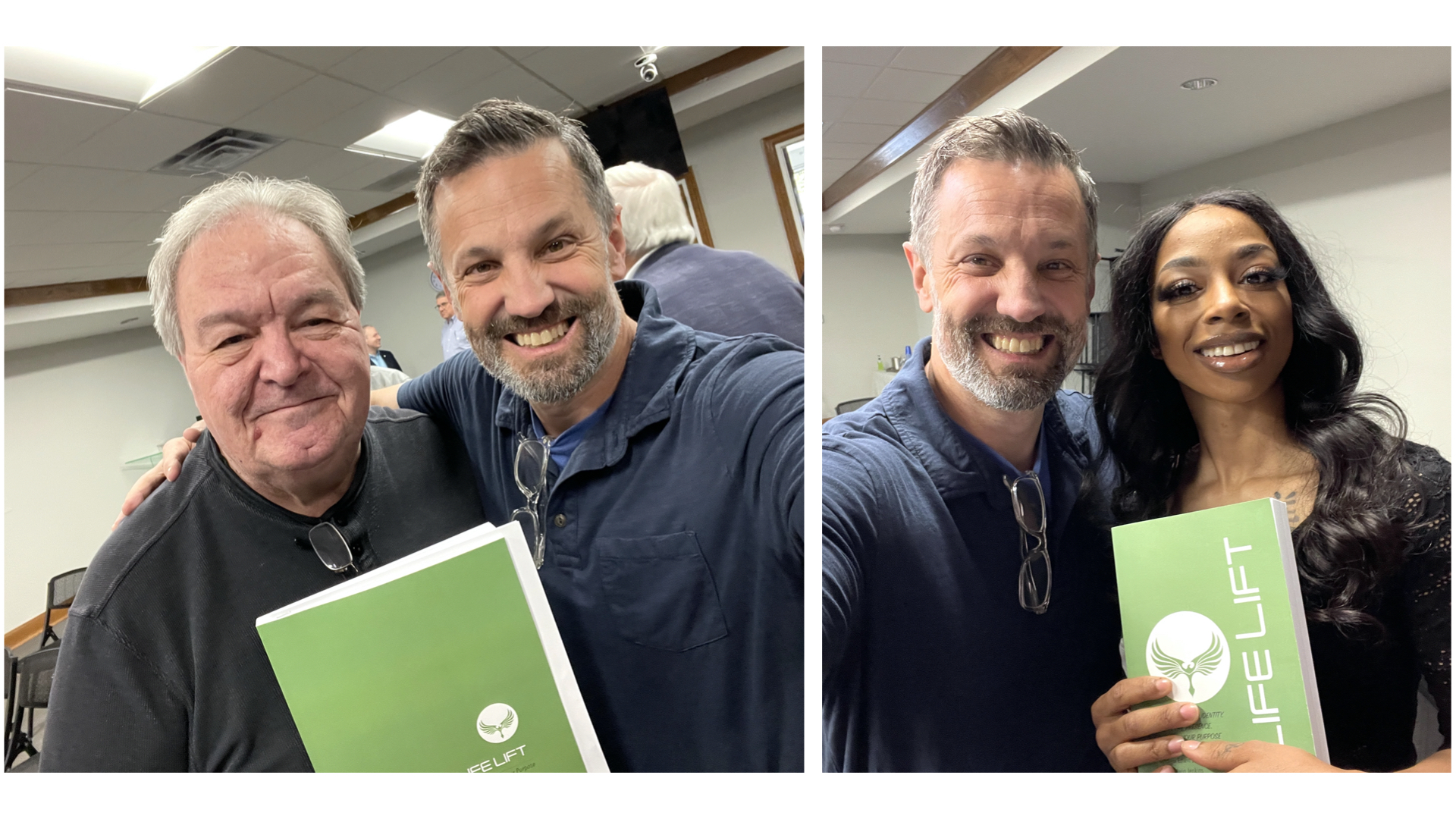 For MONTHS my friend Jon Walden and I have been trying to connect. It’s just not worked, schedule-wise.

I drove to his radio station this Thursday, just to visit and tell him about the project— hoping at some point in the future I could make announcements, advertise, whatever… that he might help me get the word out.

“I was going to go ahead and put you on the air. Grab that mic.”

BTW, Jon was extremely instrumental in getting the word out about the prayer walks we helped host over a decade ago with then-police chief A.C. Roper, as well as my friends Pastor Raymond Whitsey and Pastor Herman Peeples (plus Stu Enloe, Mark Hand, and so many others). 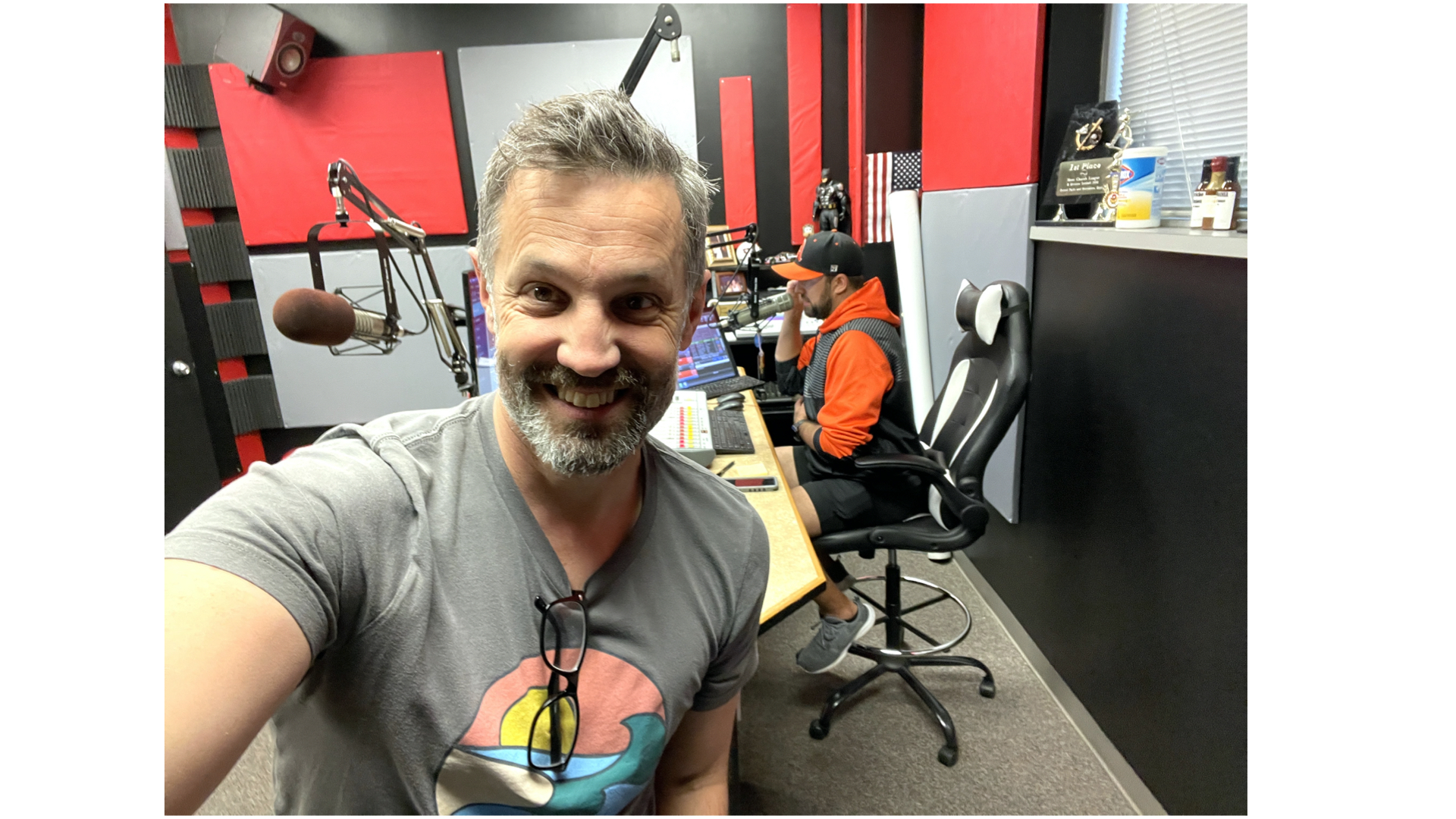 Jon started Revocation Radio 11 years ago— and has been growing it since.

Here’s a picture of my friend Sheralyn Pattison— whom I met 2.5 years ago (ca October 2019) in Tanzania. She was part of our Kilimanjaro climb team.

She’s about to launch a new business in the U.K., and decided that if she was going to travel and see the States, she needed to do it BEFORE the launch. So, she reached out to several of the guys who climbed and then came over…

… flying into New York to enjoy a few days, then taking a bank shot to Salt Lake City, then to Alabama, and down to Pensacola… 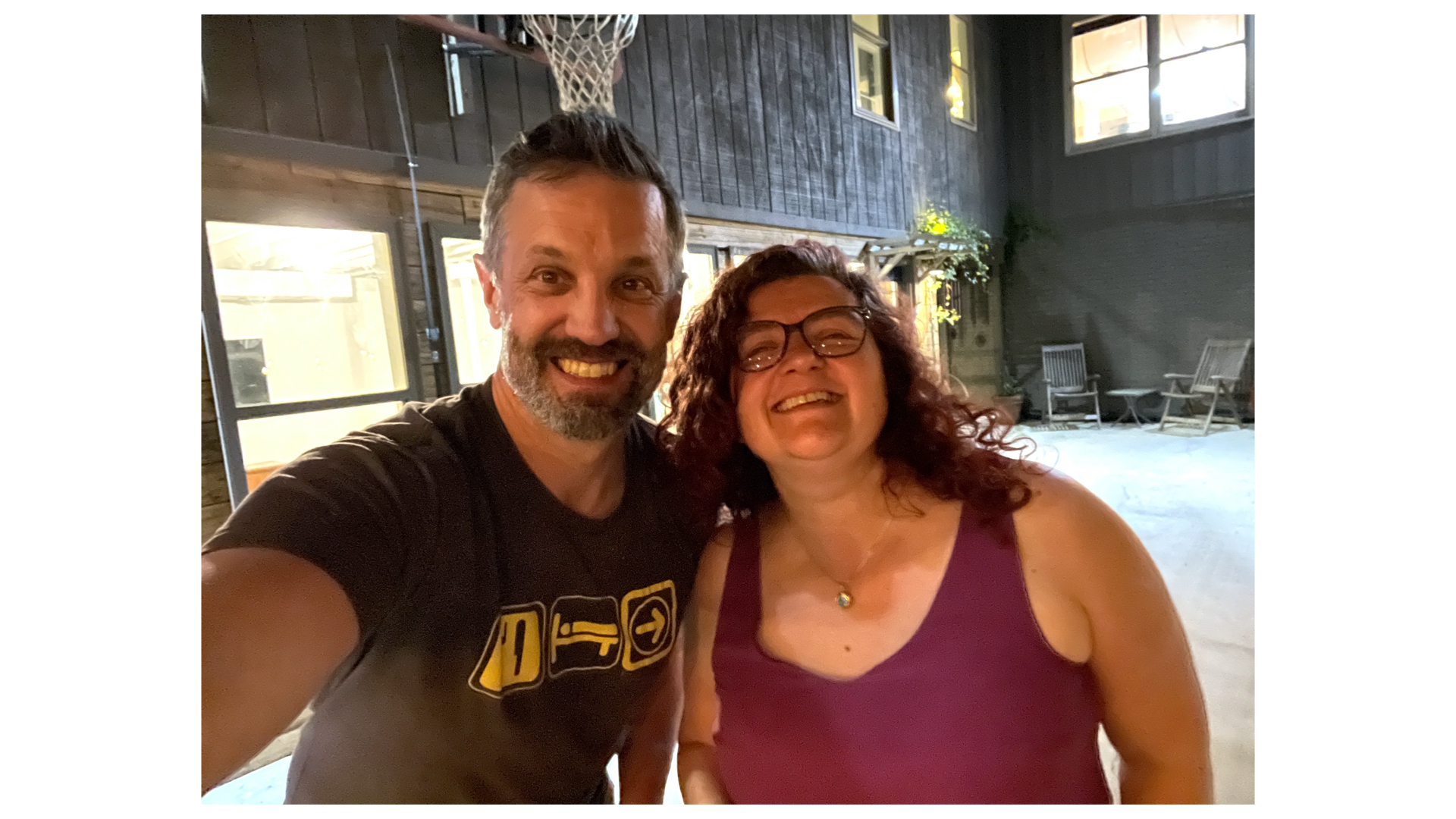 I tell you this…

For the first two days, Sheralyn woke us up EVERY MORNING by singing. Yes, singing.

Her tent was generally 100 yards away from mine— or more. And, going up with the lead team I didn’t spend much time with her AFTER the first day… until we got back from the climb and met her at the base hotel, where she was waiting for us…

Here’s Sheralyn’s nephew, Charlie, as well, who lives with her. He was her traveling companion to the U.S., and stayed in the Tiny House the #Hilltop as well. 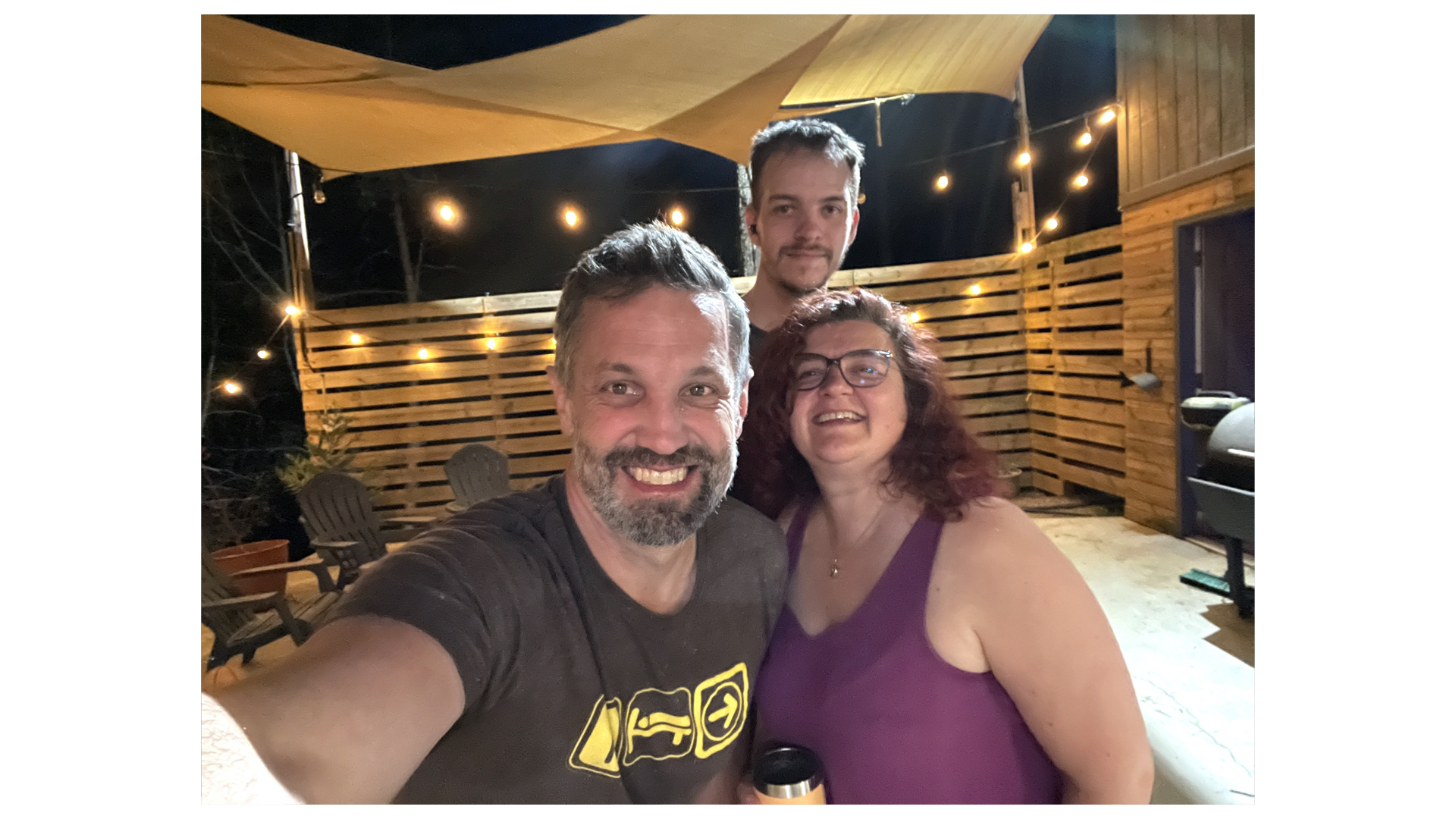 That night, as we were were in bed, Beth and I started counting…

“How many people are in this house right now…?”

Remember, this was BED TIME. We were talking about people staying the night…

We tallied the kids— and friends— and others…

Like I’ve said before, the door is always open.

Fun = Boys to the Outback, girls to the beach

Our boys stayed with me for a few days, while Beth + Mini ran to the beach to see her sister (who just had a birthday) + Mom and Dad (who are buying a new house, wanted some decorating ideas.

We stuck to the menu Beth created for us each day— and went to Outback on the free night.

Then some boys ordered actual food (i.e., Noah chose steak), and others went straight for desert.

Isaac and Levi both ordered something with a brownie, a cake, ice cream, and more on it…

"Thunder and Lightning," I think they called it.

Stuff like that is what happens with the gals go away. 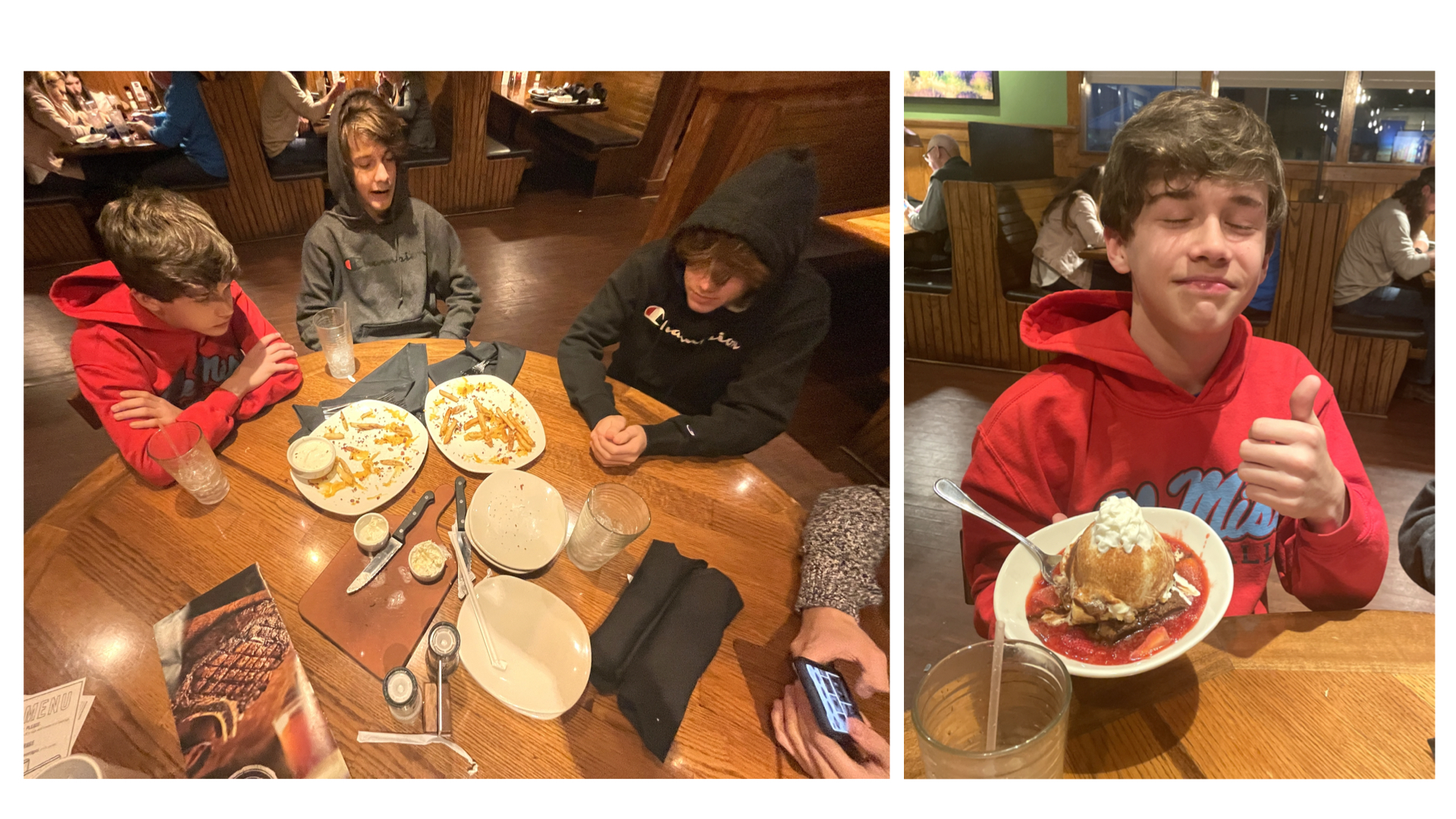 Here's a pic of the girls, BTW— Beth, Cathy, Mimi, and Mini. 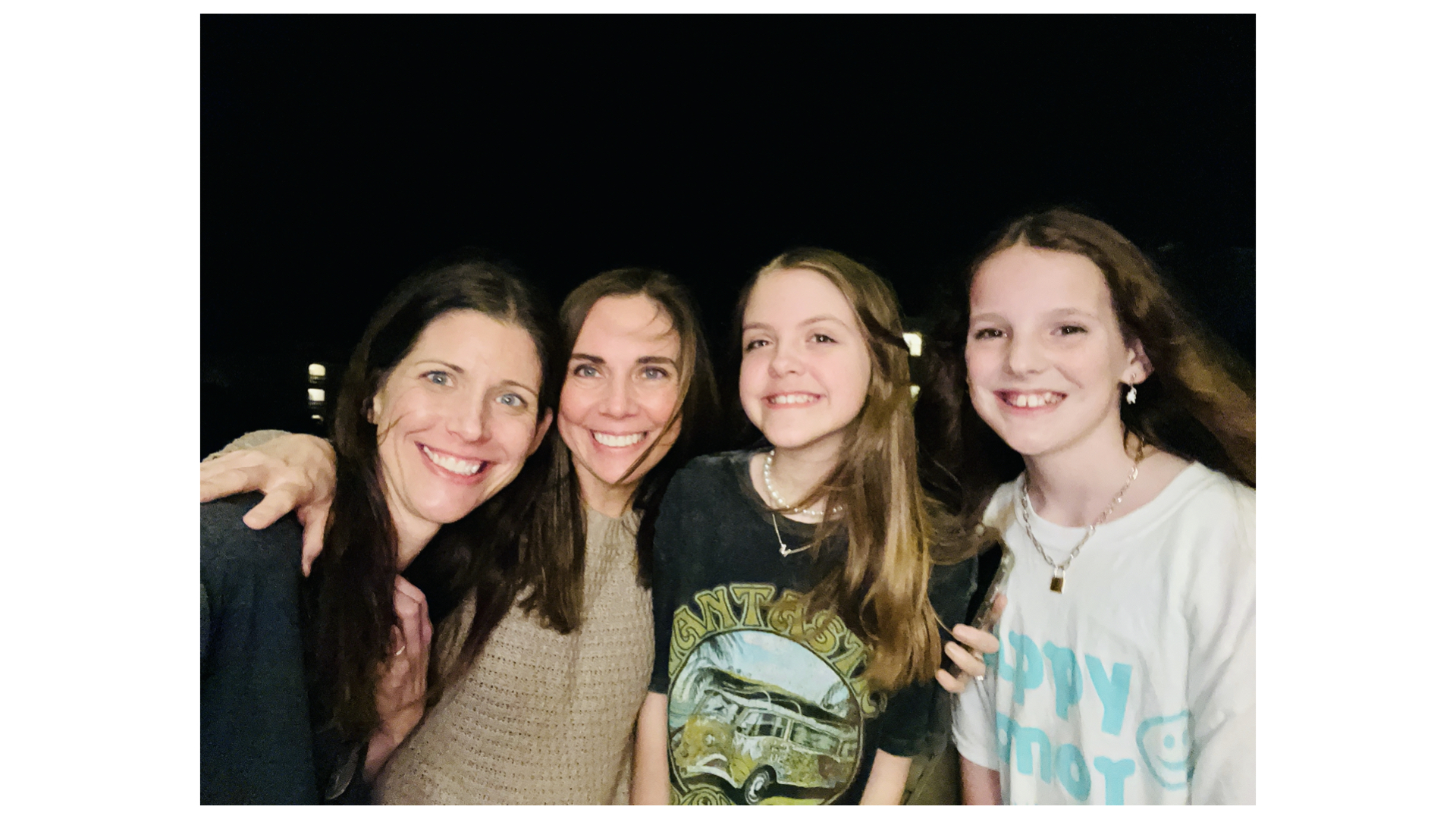 The young girls decided to get match shirts at Shunk Gulley during their night out. 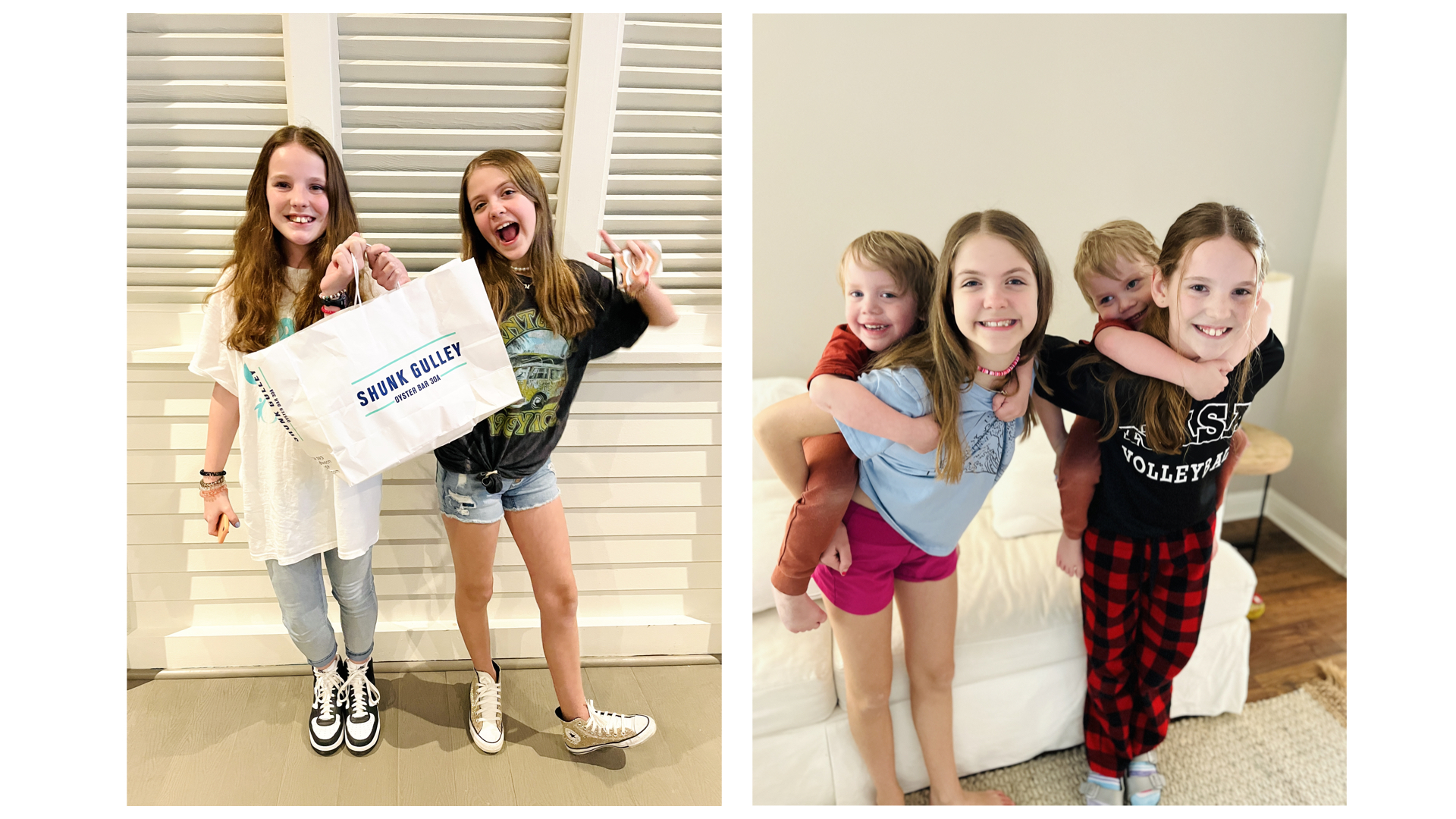 And they played with the twins, swam, and made a fort.

(Notice the custom Nike shoes holding up the tent 😁.) 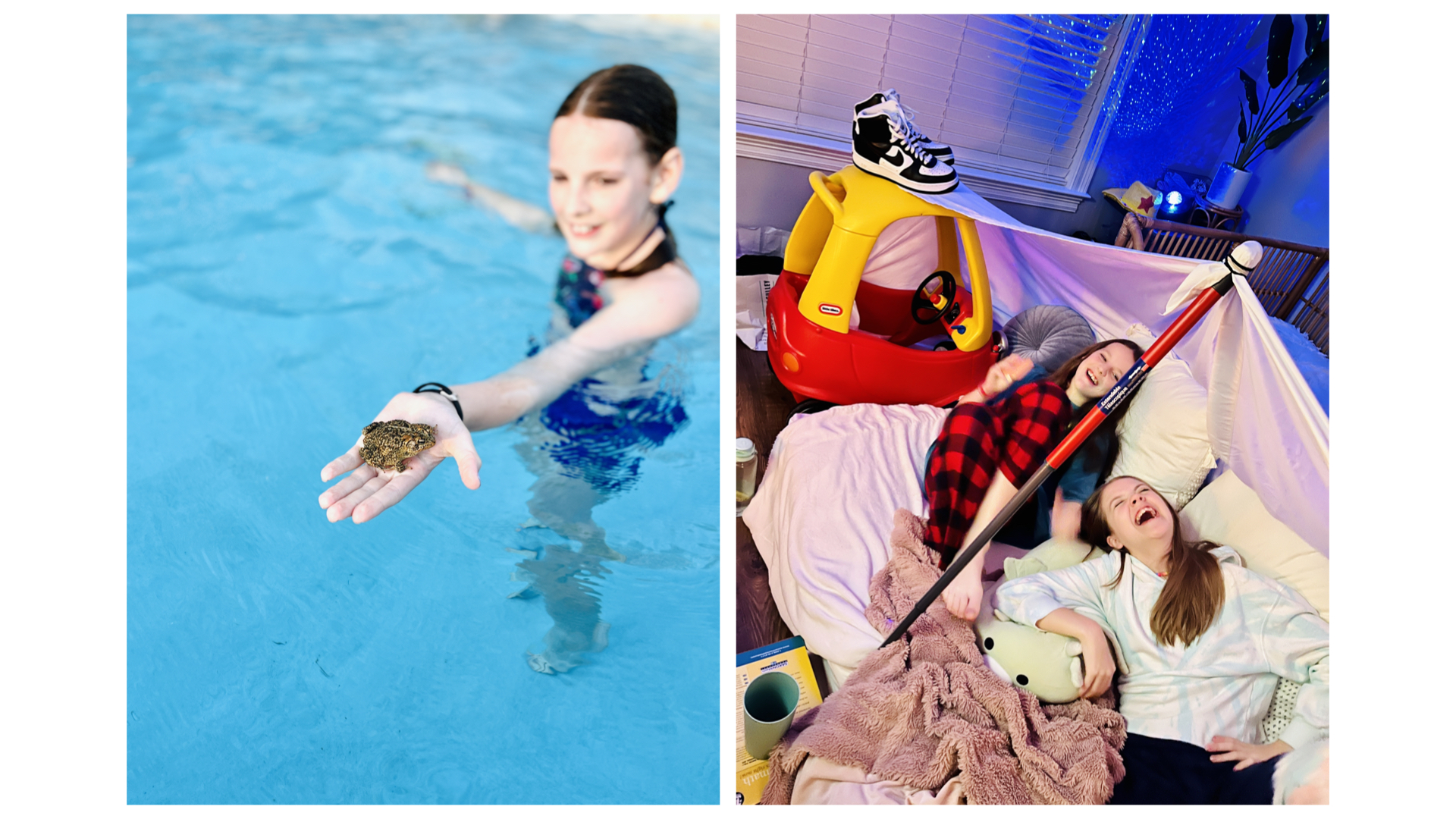 That’s the highlight reel for the week

I really believe experience is a good teacher. Evaluated experience, though, is even better… and it reminds us not only of things we need to learn, but also of great moments and events we need to remember, celebrate, and then repeat…

And, grab the LifeLift book free-- just pay the shipping-- at www.Jenkins.tv/free