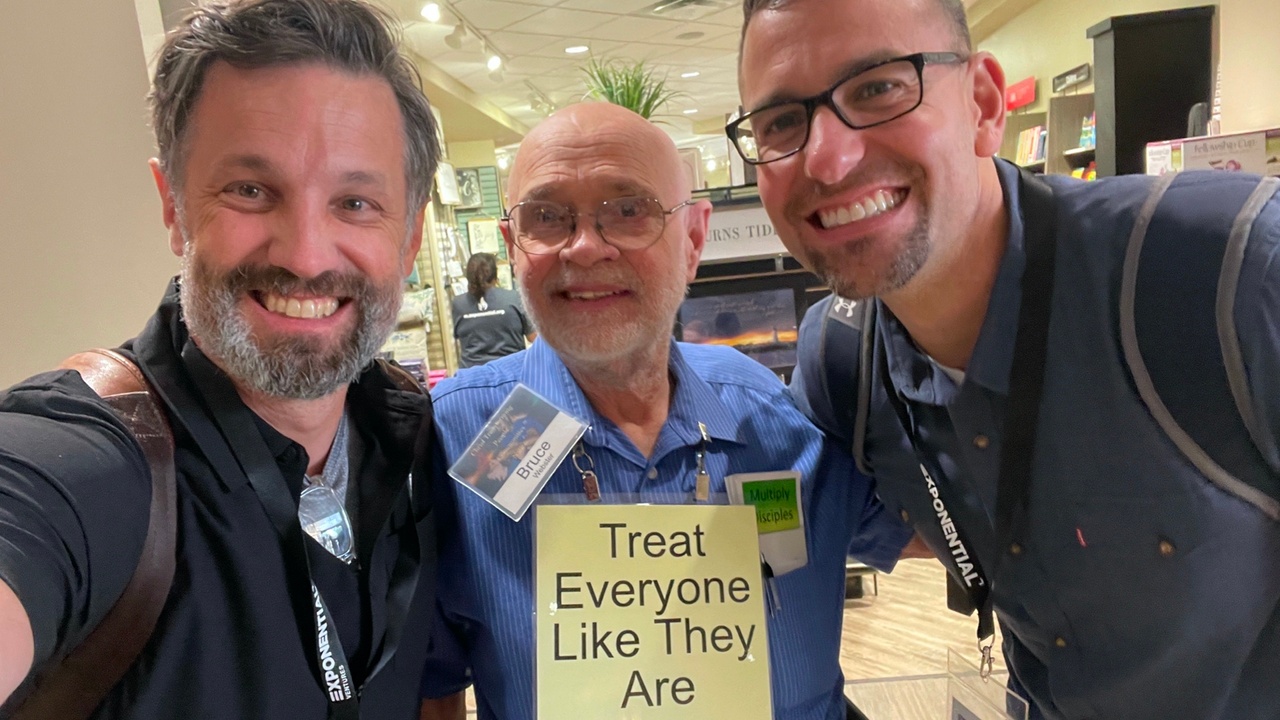 I spent most of the previous week in Orlando, working with the CourageToLead / CourageousPastors.com team at the Exponential conference. More about that below….

As a result of being away Sunday afternoon thru Thursday afternoon, most of my Top 7 comes from that trip— where we worked hard, played hard, and met “The Jesus Guy” (see the pic above).

Here’s the Top 7, with at least one nod to each of the 7 key areas of life…

➡️ Family = people related to you by blood, covenant, or marriage

➡️ Field = whatever you do full time

(I talk about each of these in the free 21-day challenge… www.Jenkins.tv/21)

I feel better when I exercise. I’m mentally sharper, I feel physically stronger… I just have a better day.

Even if it means (gasp!) foregoing the reading and journaling first thing in the morning…

I’ve found this routine works best for me— so, when I’m away I grab my headphones, turn on some music, and go. I pray, I think, and I “wake up” before it’s time to actually be “on.”

This week, we worked “full” days in Orlando (not necessarily “long” but “full,” if that makes sense.)

So, I made 4 big laps— one each morning I was there— around the resort area where we rented the AirBNB.

At the Exponential conference (the reason for being in Orlando… Exponential is a pastors’ conference), we soft-launched Shawn’s book Building a Killer Team…

The premise is that you’ll never— in your organization— surpass the level of the team.

And most issues you face are related to the team.

In fact, in this video (which comes from the Advance Planner workshop)— https://www.jenkins.tv/blog/AP06 — I argue that “unity” and oneness is actually a supernatural empowerment, equivalent to the anointing of the Holy Spirit. 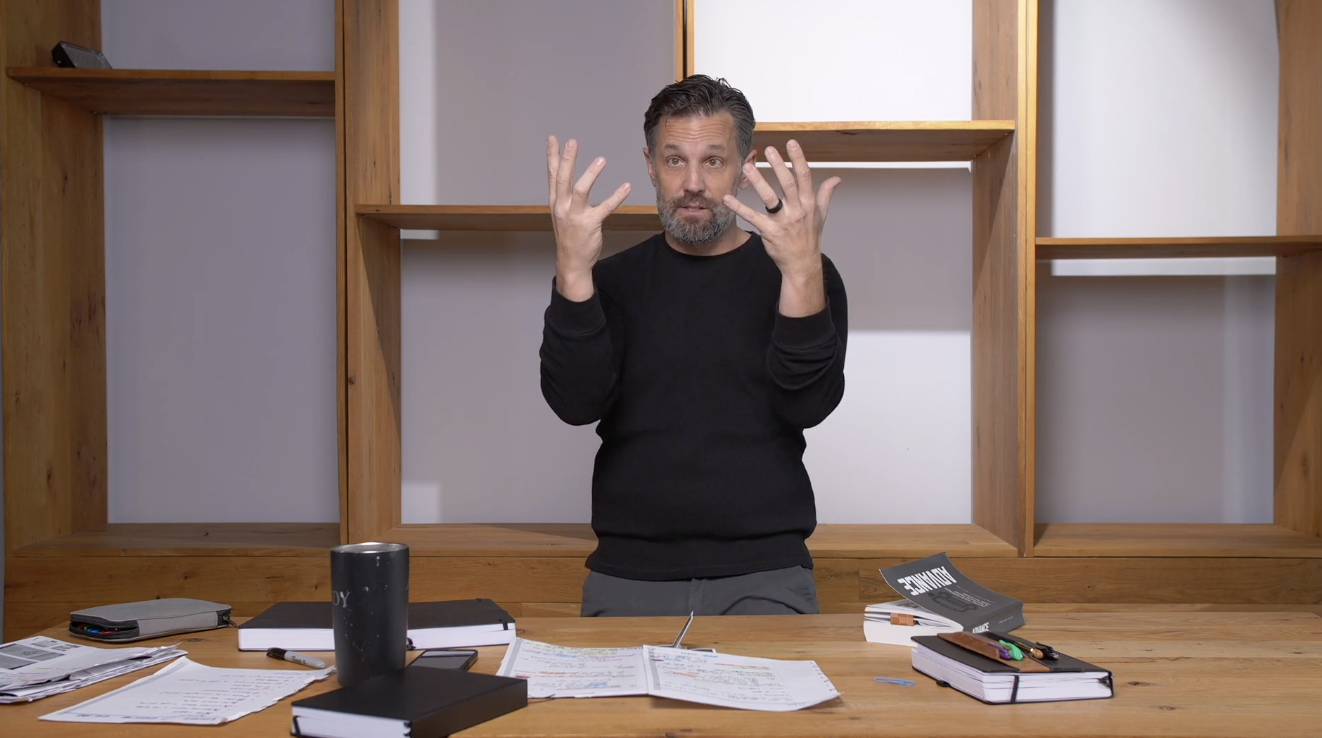 Why do I put this under the "finance" heading?

Because this project will help on several levels...

⭐️ It will generate income for the organization, CourageToLead

⭐️ It will help others build a great team, thereby increasing their revenue

Family = Beth crushed it while I was away

During 2020, that season when the world fell apart, Beth and I got married, added-on to our house, and more. We’ve been, since then, architecting the life we want to build— rebuild, that is— together.

A massive fist-bump (and more) to her for handling the kids this week.

Here she is scooping Salter from school last Thursday.

(Notice the hat. It was “hat week,” apparently, at school. So, Roblox hat #2 on the way home this Thursday… 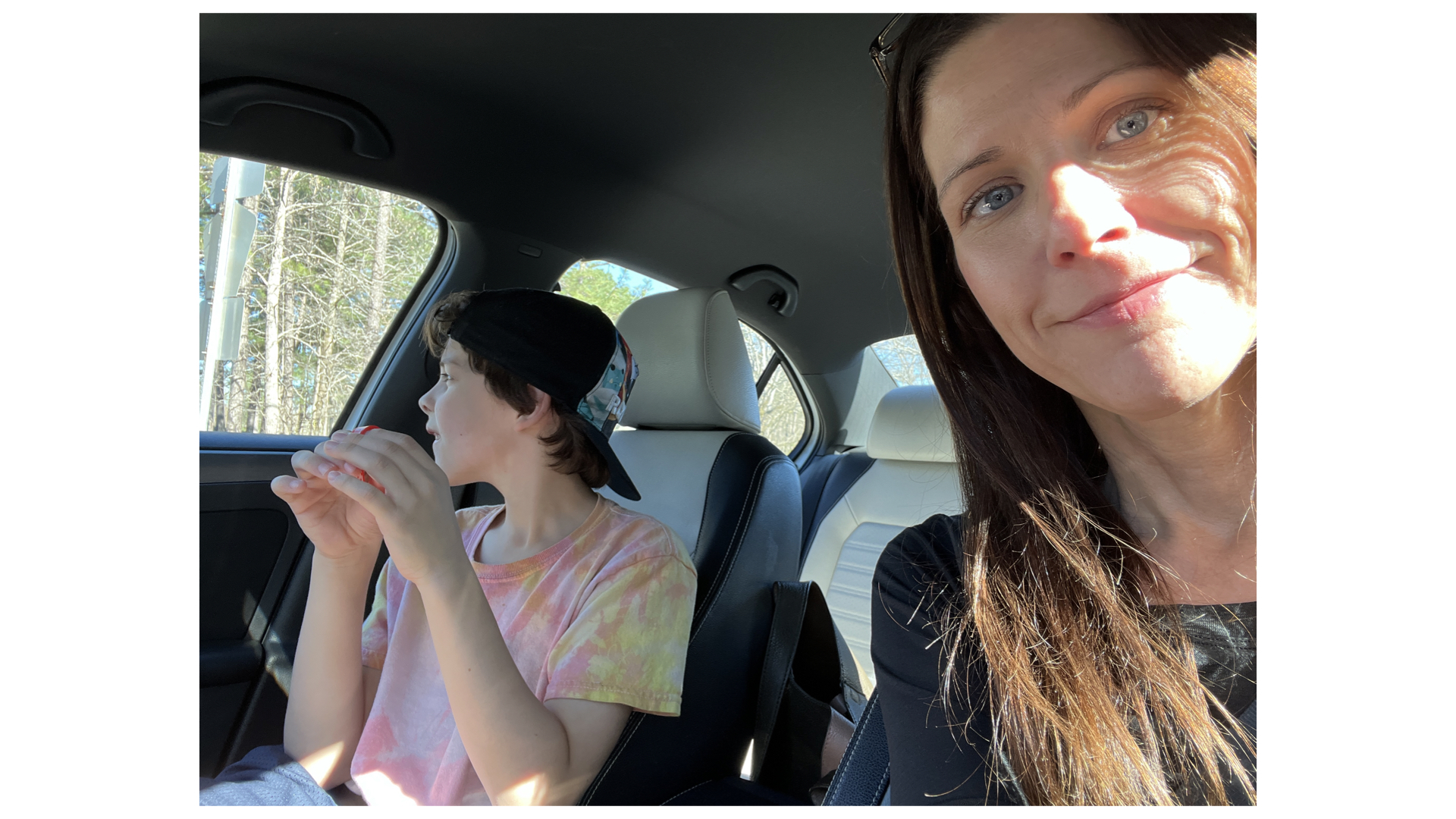 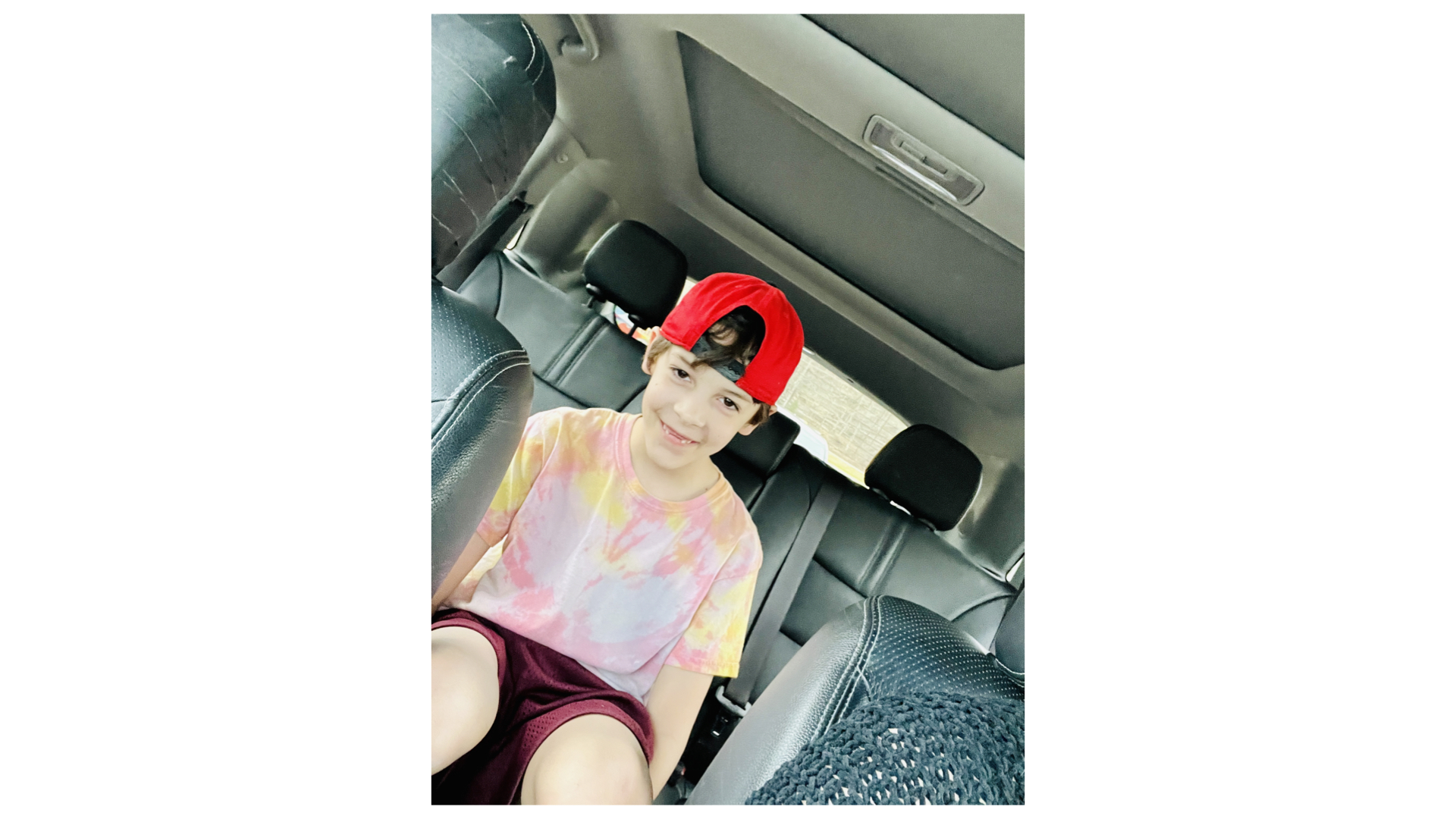 Look close and you’ll notice the lack of teeth.

Beth took the boys to Zaxby’s Sunday evening. Judah raised his arm to brush Salter aside— in the back of the car— and bumped his front tooth.

Salter shed one tear (literally), then realized his loose tooth had come out.

With sheer clarity, he offered, “Oh, maybe I can turn this in for some Robux.”

Field = Working with the team

For the past 14 years, Shawn’s group— CourageToLead— has led the Leadership Track of breakout sessions at Exponential, a conference of over 5,000 attendees. Here’s Shawn teaching during the opening session… 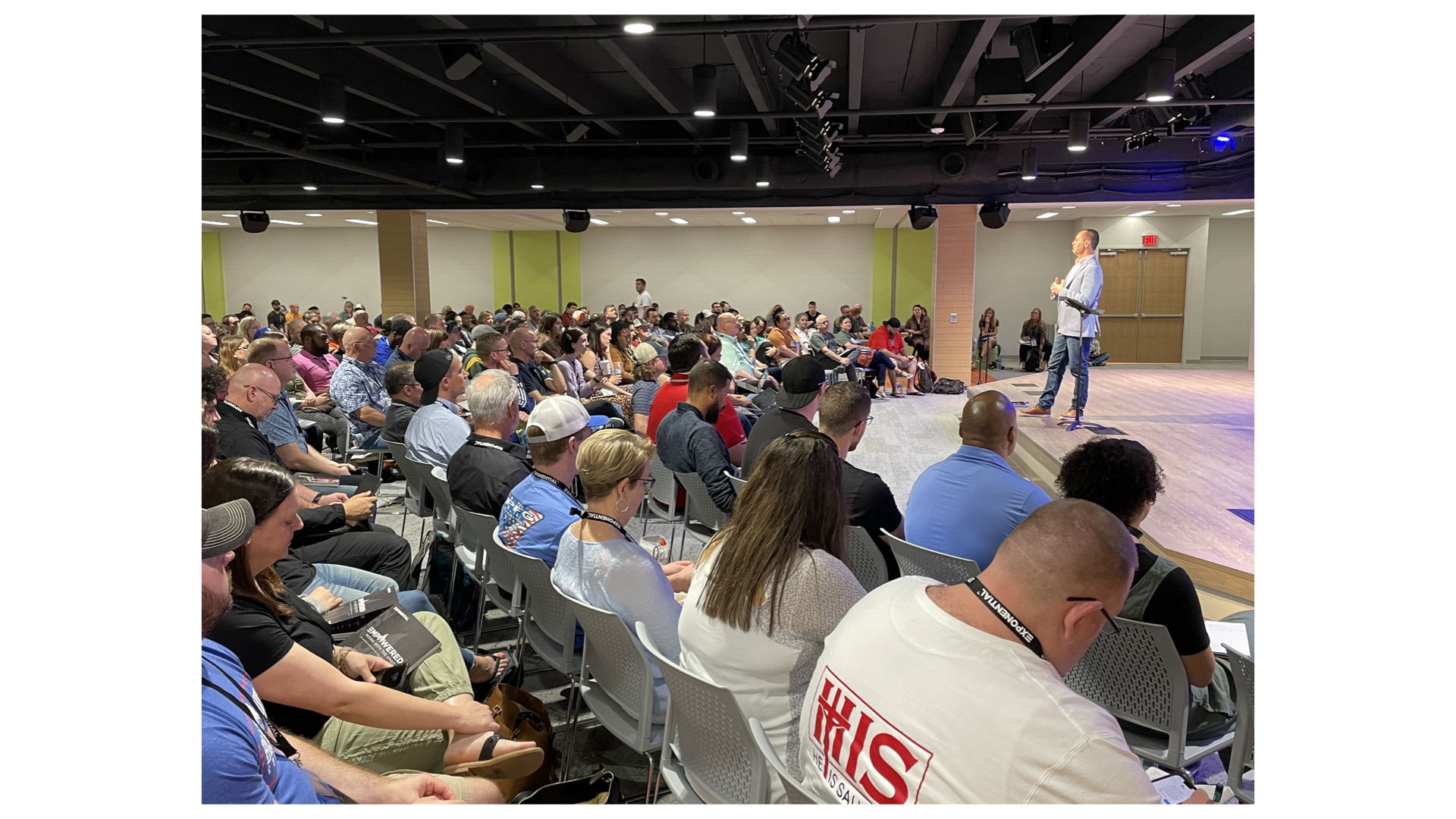 And here’s the team I got to work with Monday thru Thursday— Kevin, Adam, Shawn, myself, Danny.

To say these guys are gifted leaders and I was honored to share the stage with them is a radical understatement. 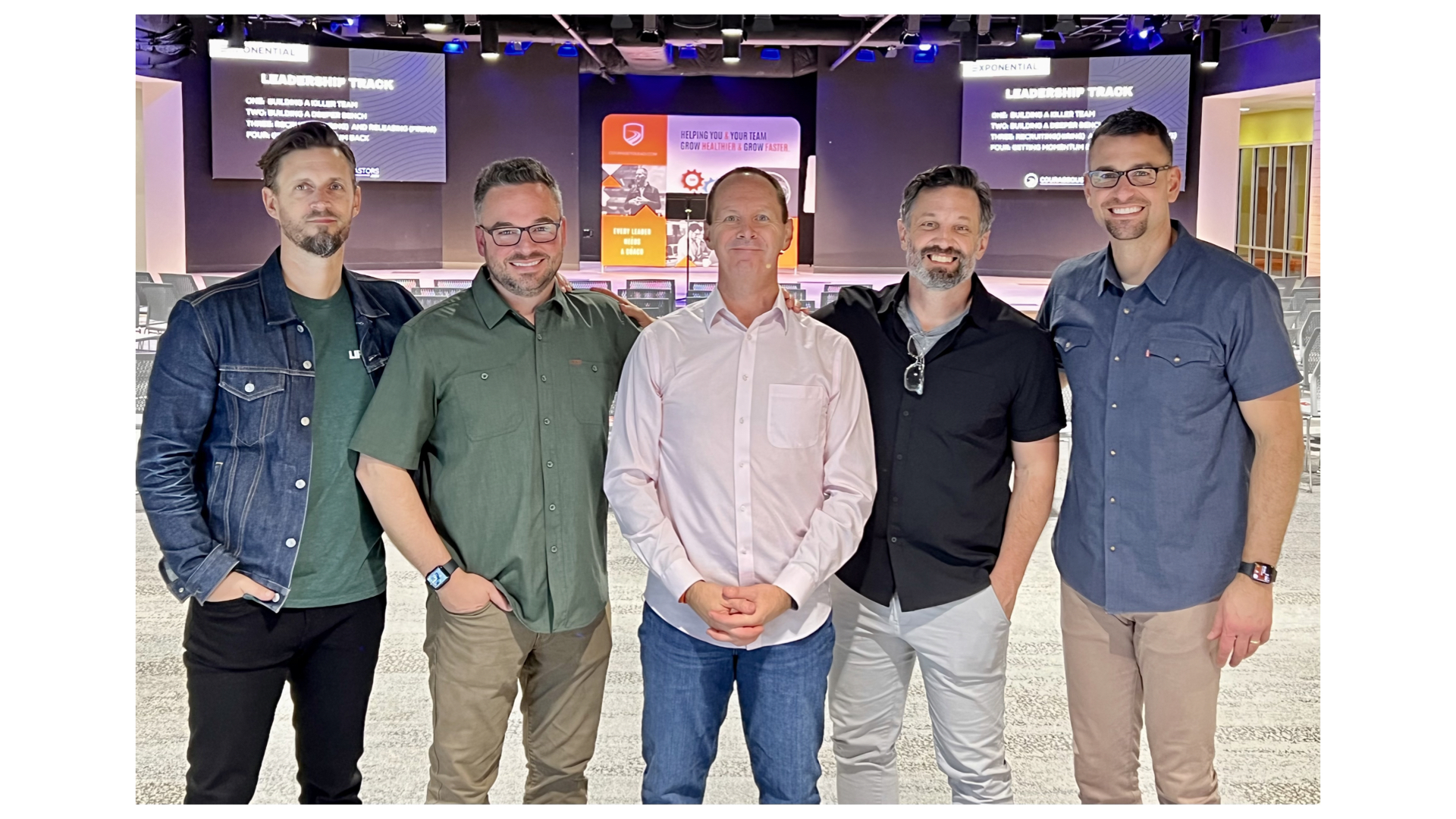 We worked hard during the day, then “played hard” during the evenings. That included walks through Disney Springs (downtown Disney), eating at some great restaurants, and unwinding at the just-over-a-hot-tub-sized-pool featured at our AirBNB.

We laughed a lot; we talked about serious things a lot.

During one of our talks, we were discussing things the Lord showed us during the week. Some of the reflections related to ministry. Others to other career opportunities. Others to family or friends…

For a season, for sure, it was right to step back and play small. To pause even. To walk through the healing process that an unanticipated divorce brings.

Years later, though, there’s a time to push on, to step up, and stop… as I said… playing small. 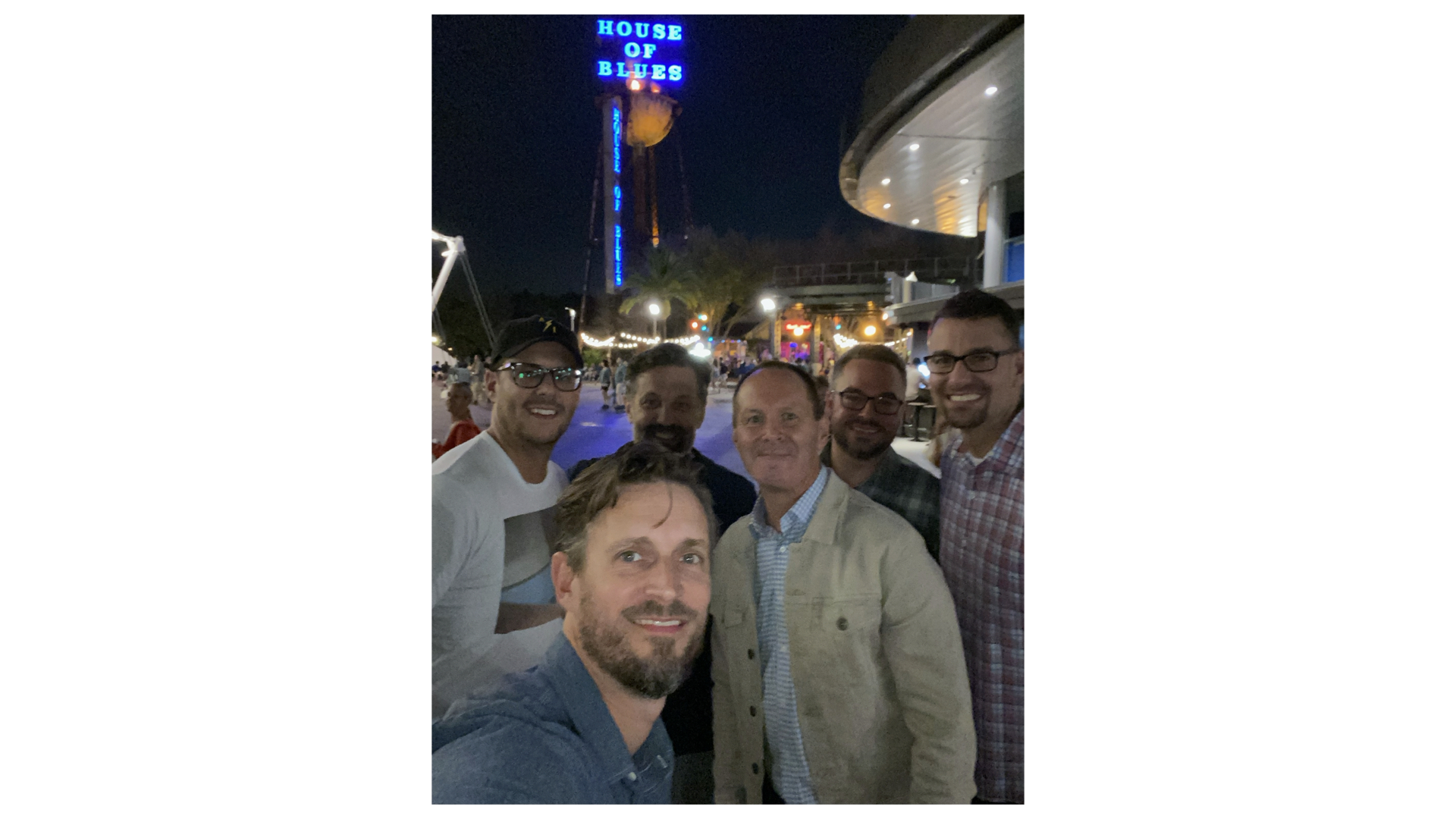 During the conference we kept bumping into this guy. I don’t know his name, but I DO know that he wore this sign (had one on his back, too), and drug around a small, wheeled suitcase that was labelled the same way.

(Side note: though I’m not likely to ever be the guy wearing a sign like this— or even a t-shirt like this— I’ve always admired their confidence and swagger. We often laugh at fellas like this, but they have a swagger that most of us lack.)

That’s Danny, the pastor of Emmanuel Church (Indianapolis) on the right. He’s also a member of the CourageToLead team. 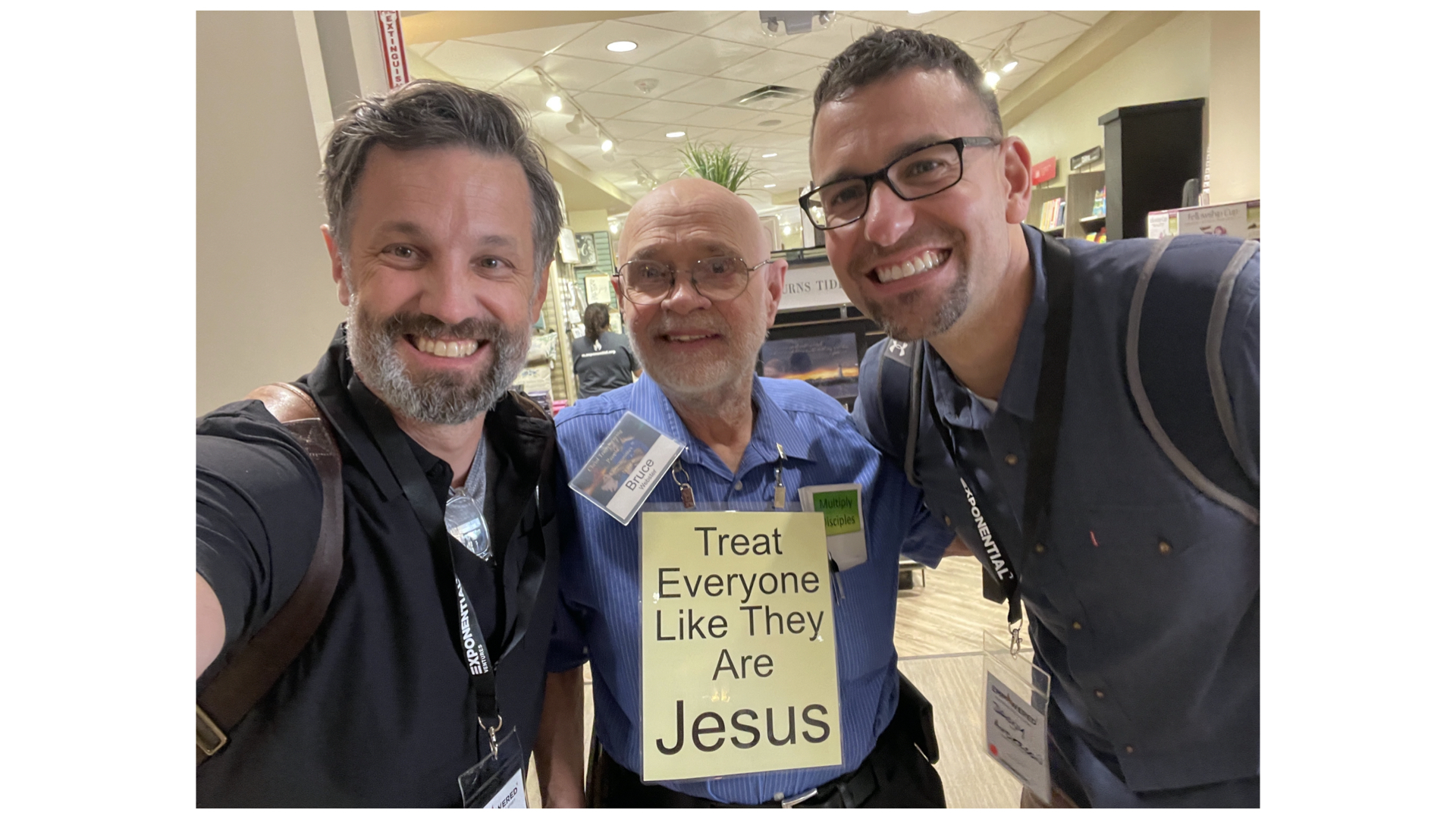 Of course, the best part— as great as trips are— is always coming home.

A few weeks ago, we bought a door to replace the rickety door on the garage. The old one was a solid, wooden slab. The previous owners’ dog scratched it a few times (OK, more than a few), water eventually got into the scratched areas, and weakened it.

To be fair, the house was built in 1976. And doors do wear out. So, we replaced it more in line with the vibe we’re going for at the #Hilltop.

The door went in Friday…

… followed by caulking and prep.

The paint went on Saturday morning. 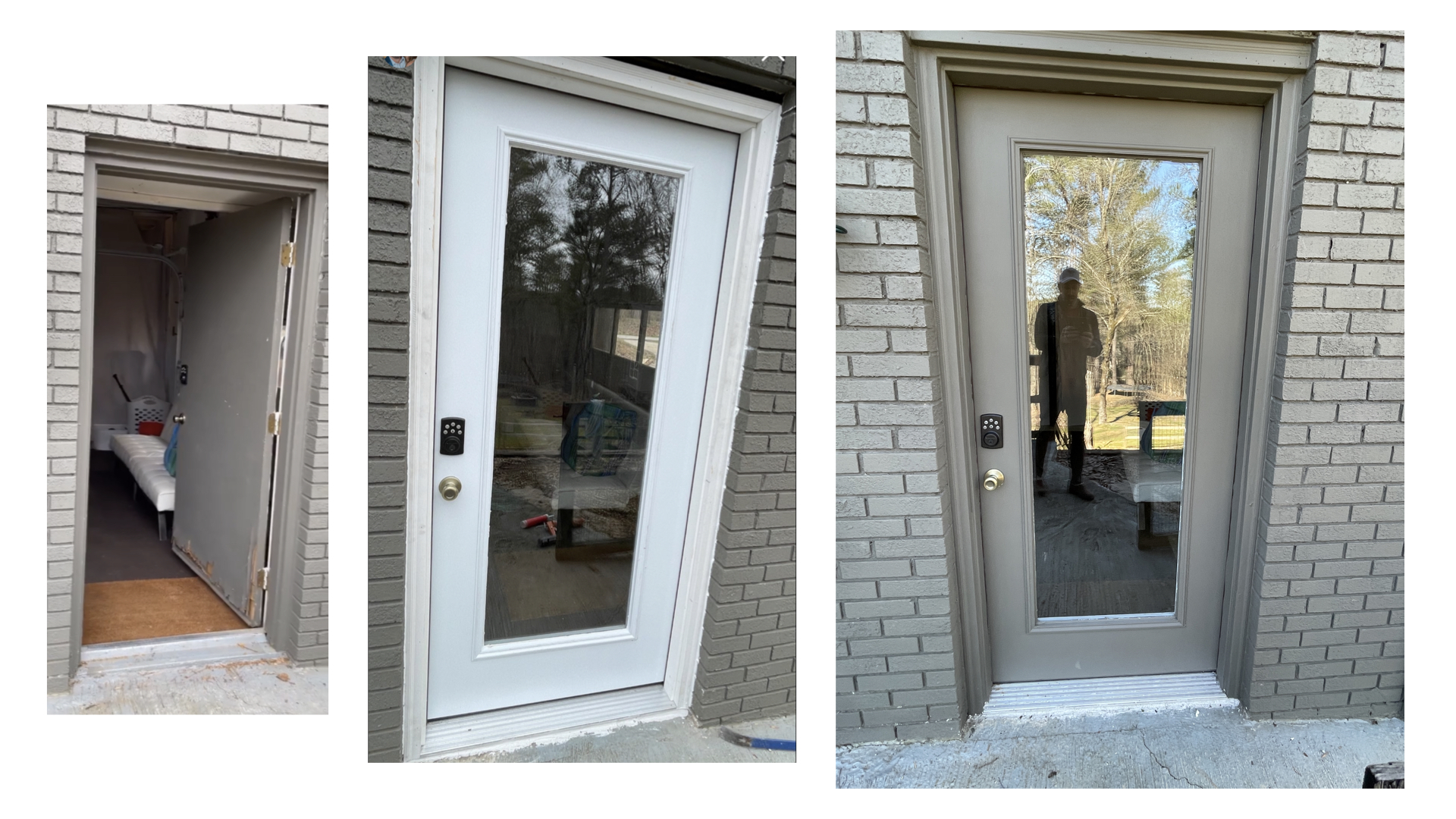 As odd as it sounds, that small change has REVOLUTIONIZED the feel of the #GarageFit workout area…

By the way, here are a few more shots of the space as it’s coming together… 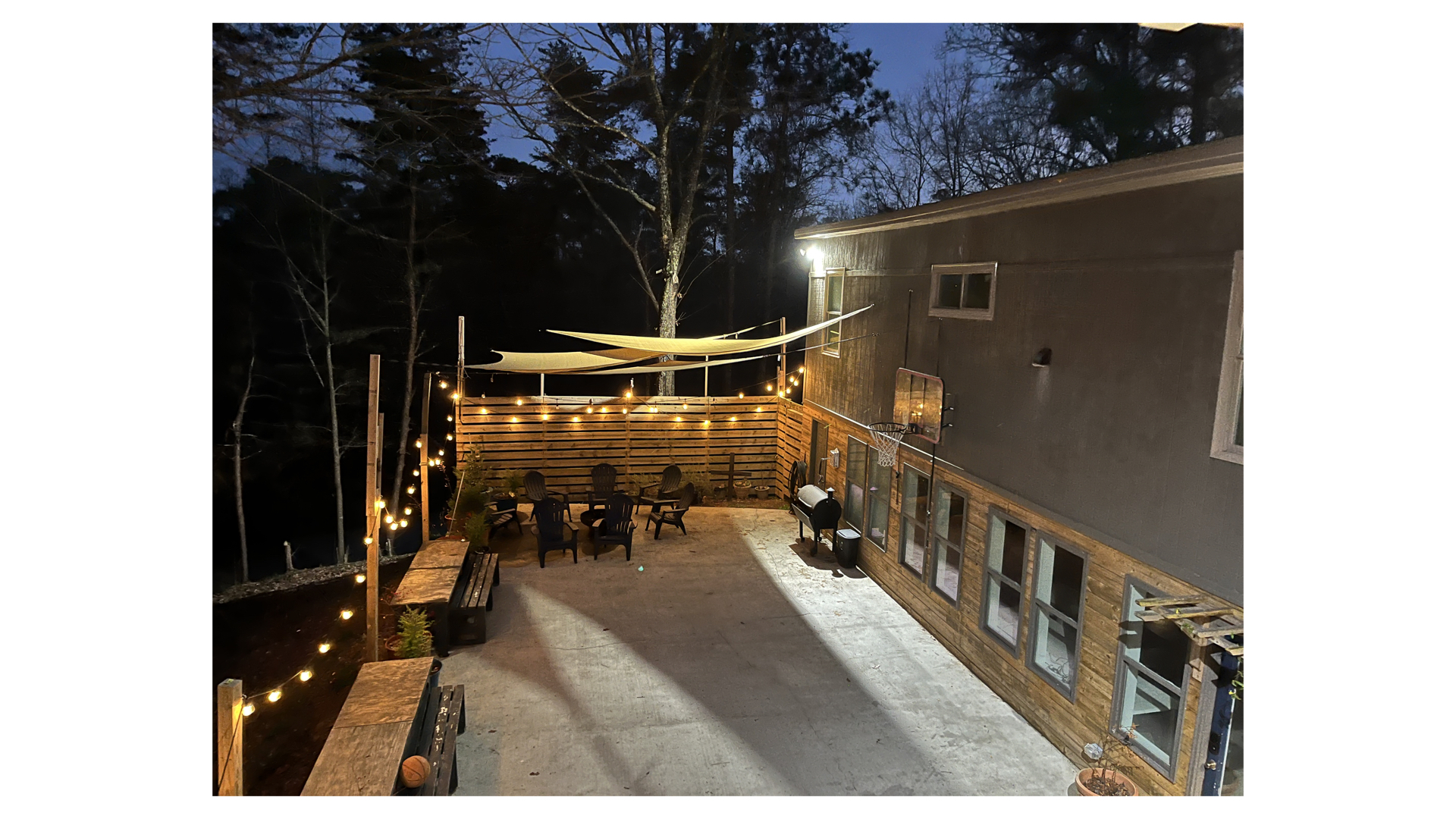 And, the same area from a slightly different view, one that captures the night sky. 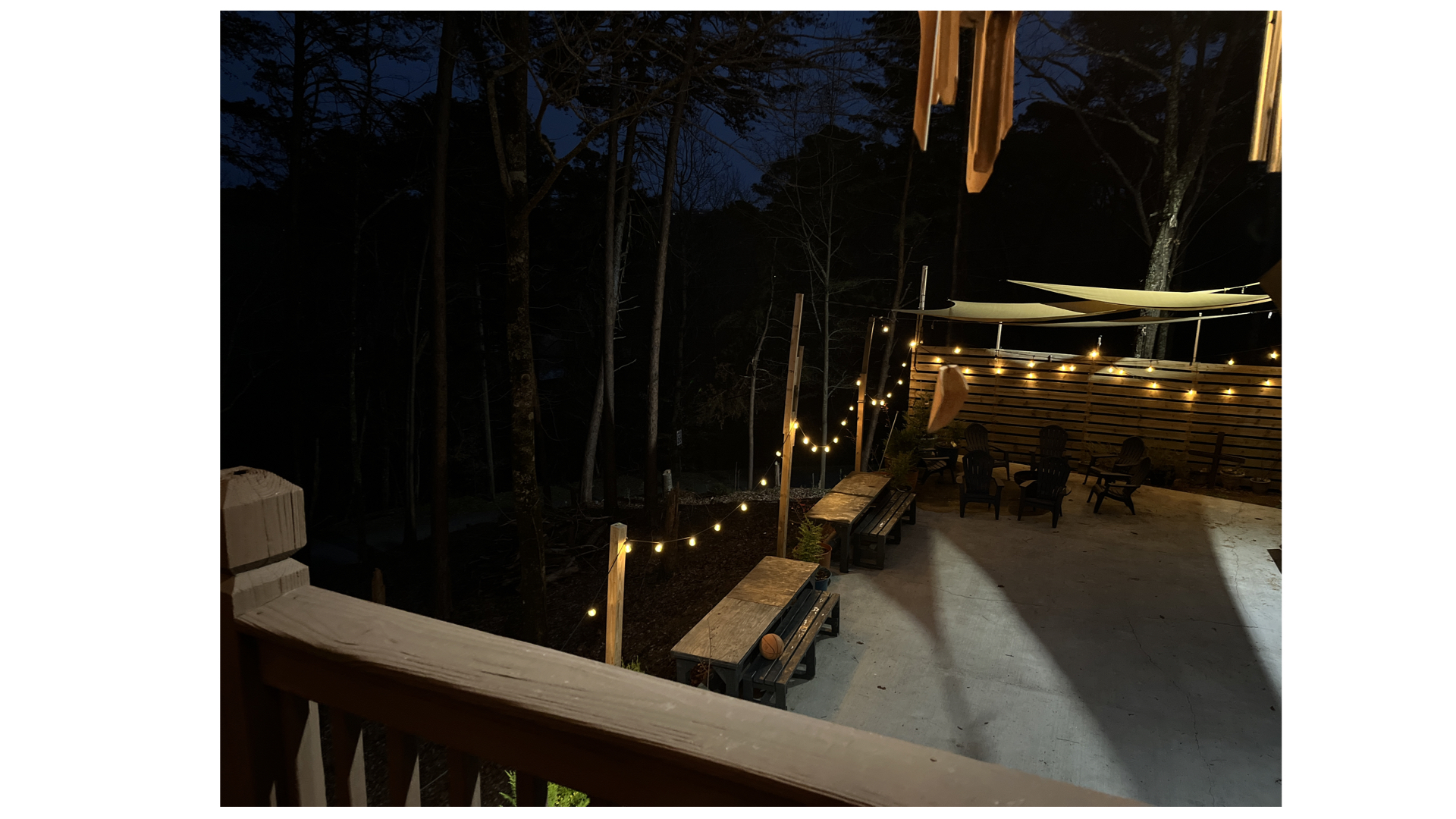 Here’s another, shot towards the “renovated” chicken coup (or whatever it was). 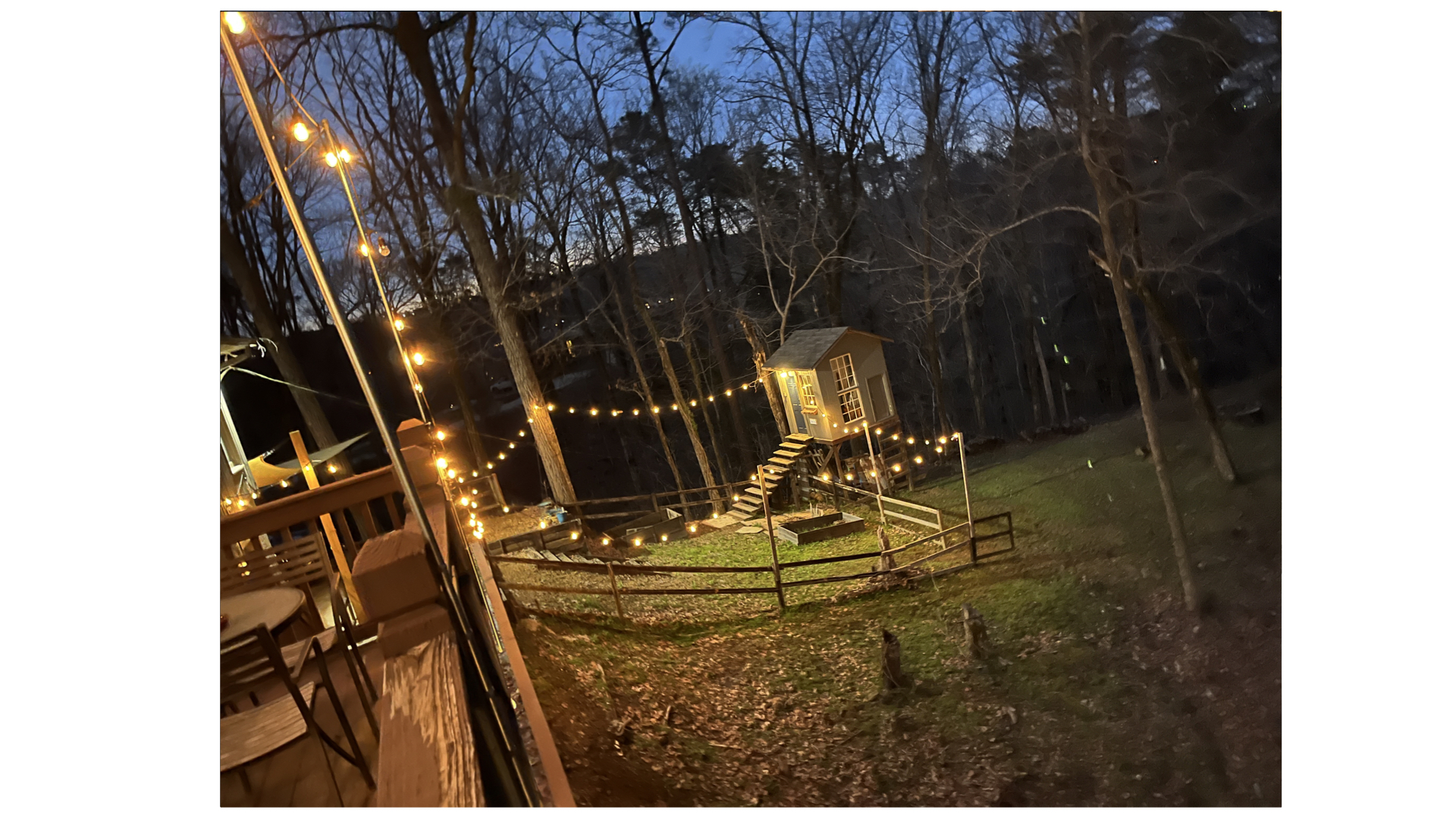 That’s my highlight reel for the week.

Every Sunday afternoon I sit down for 45 minutes or so, map out the upcoming week, and look back at the previous. As I do, I make a few notes in my “weekly review” about the highlights from the previous 7 days…

(BTW, you can download the UPDATED version of the planner at www.Jenkins.tv/FreePlannerPDF