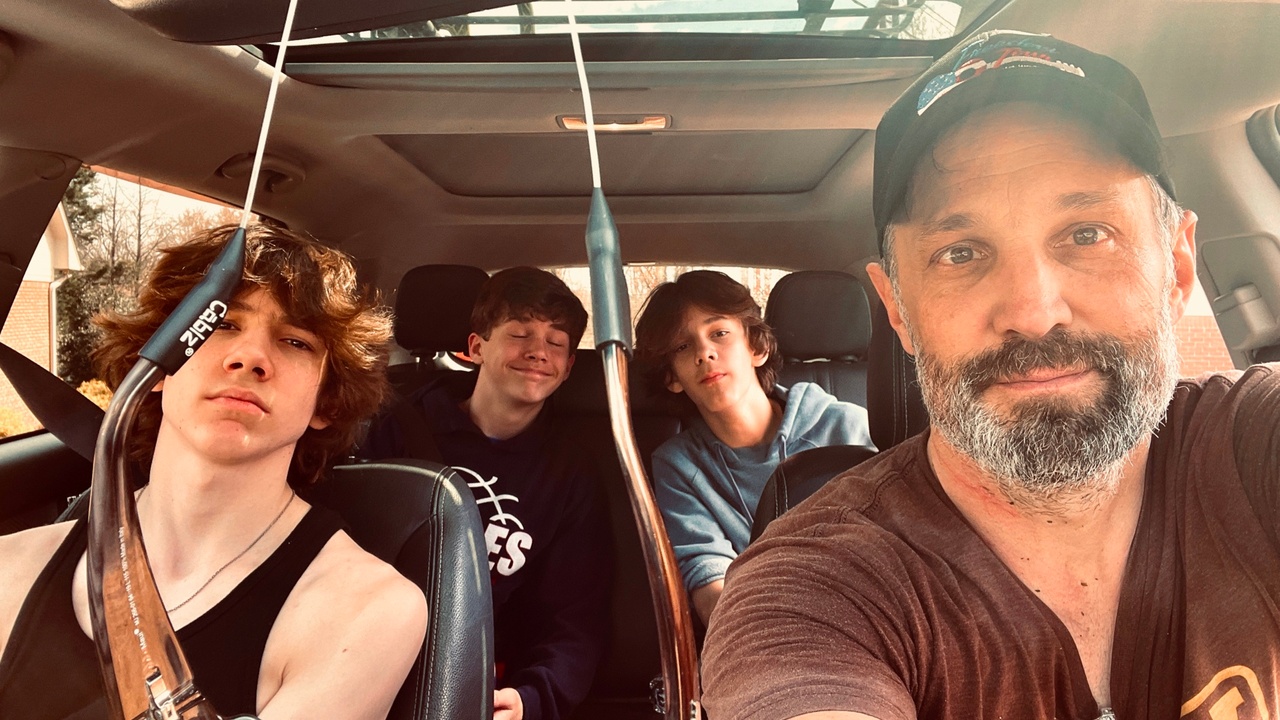 Every week, I look back as part of my weekly review, scanning the 3 things I’m thankful for each day (from the journal prompts in my planner). Then, I pull them all together and post a few here…

This week, I pushed play on a new BeachBody routine…

I think I just committed myself to 6 weeks of it 🤷‍♂️

It started slow. Felt strange. But, I’m committed to not out-running or over-working the routine.

“Trust the process,” they say.

Evidently, they're providing movement and skill early on that I'll need to adapt to go "next level" in a few weeks. A lot of things in life are like that, so I'll stay in the lane they prescribe.

I’ll keep running on the weekends, running when out of town, etc…

Finance = Put the boys to work

I had the opportunity to do some “side work” this weekend— back at Bob’s, where I built the deck circa Fall 2020.

The good news is that the deck is still holding up…

We made a few tweaks there (i.e., repaired a few screens, where birds decided to try and fly THRU the screened-in porch rather than flying OVER or AROUND it.

And we cut down, pushed back some trees and underbrush.

I took the boys— and, of course, broke them off a share of the spoils of hard work (cash in their pocket, already burning a hole in it).

Here we are, post-job, rolling off... 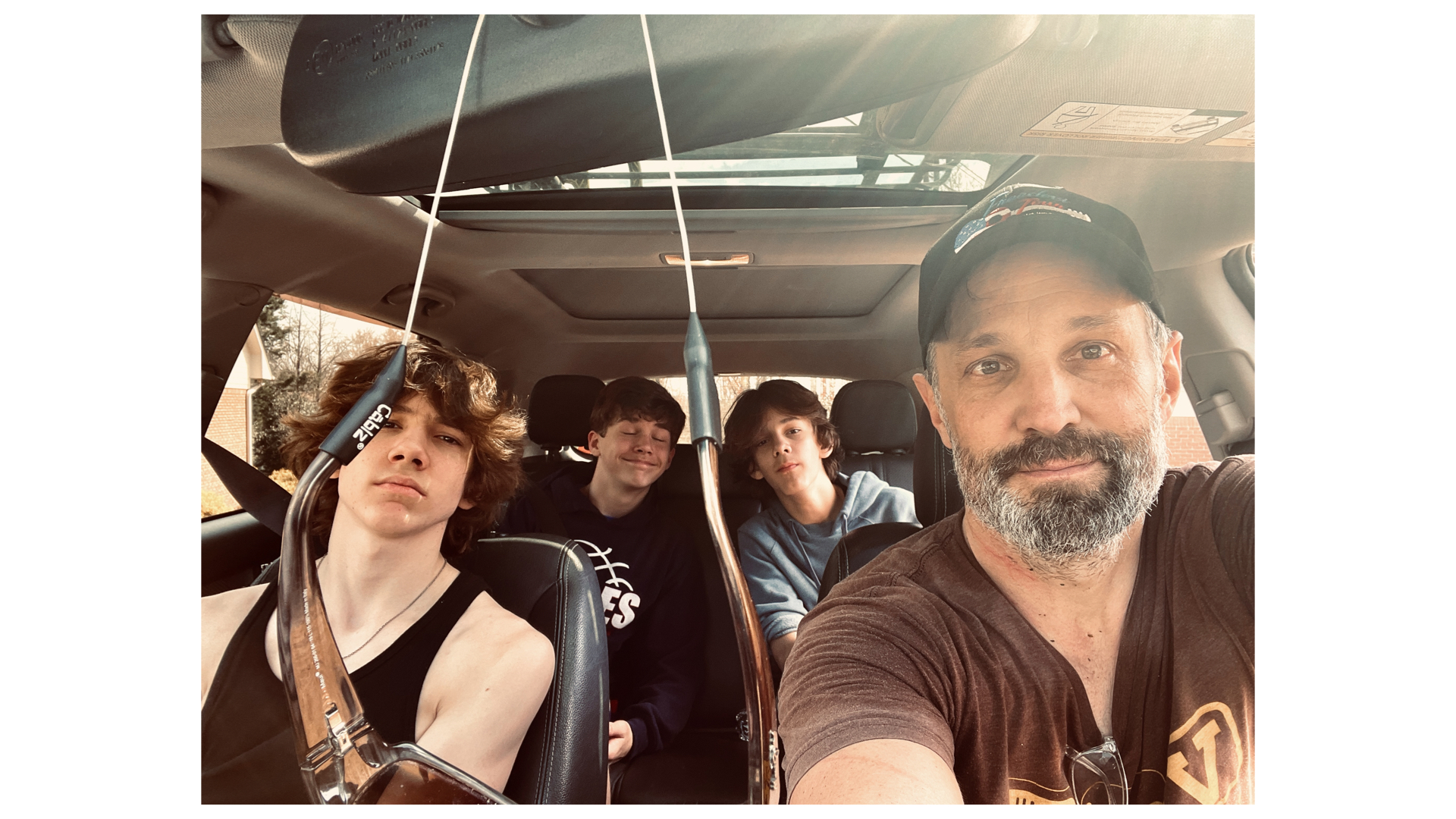 First, I get to spend time with the boys doing something “not normal” or as passive (i.e., Judah and I— see the next feature in this week’s Top 7) watched a movie. This is different, and gives me the opportunity to teach them some skills they’ll need— like how to use power tools, how to drop a tree, how to finish a job even when you’re tired, how to interact with others, etc…

Second, it shows them that I actually DO work. Writing and talking and working on the web don’t seem much like “work” activities to kids. They play on their computers in the same way I work on mine.

So, this offers the opportunity for them to actually SEE it…

Family = “The Batman” with Judah

So, with the release of “The Batman,” which happens to depart from the entire series, un-series, whatever-it-is-that-DC-is-trying-to-do-with-their-superhero-movies-and-why-can’t-they-just-be-like-Marvel-and-get-their-act-together, we decided to roll in…

Field = The Warrior Hope podcast is back up… season 2

Tuesday, The Warrior Hope podcast went live… again… for season 2. My friend Bob started Crosswinds Foundation for Faith and Culture back in 2008– as a way to create meaningful dialogue from a faith-perspective.

Whereas many Christians were using “apologetics” (mainly doctrine and defense of the faith, based on belief-systems) to argue their way forward, he decided that conversation IN the culture was the better avenue.

It’s not that doctrine doesn’t matter. It does. It actually informs how you drive your side of the conversation…

But, to quote the lines of the famous singer-songwriter John Mayer, “No one ever changed their mind because someone yelled real loud one time.”

I butchered his quote, but you get the idea. You’ve got to have a conversation.

To that end, Crosswinds launched Front Porch Media, to create films. The first documentaries centered on the topic of PTSD and Moral Injury (as they relate to military service), issues I’ve discussed on this website.

Those films led to conversations with warriors and their families, which led to the need for creating a curriculum for support groups.

Eventually, we launched a podcast— audio only.

Over the past few weeks, I gathered the video for 11+ more episodes to get season 2 started…

The first, went live this week.

I posted video on this website, as well as all of the Crosswinds social feeds:

Here's the point of the podcast: 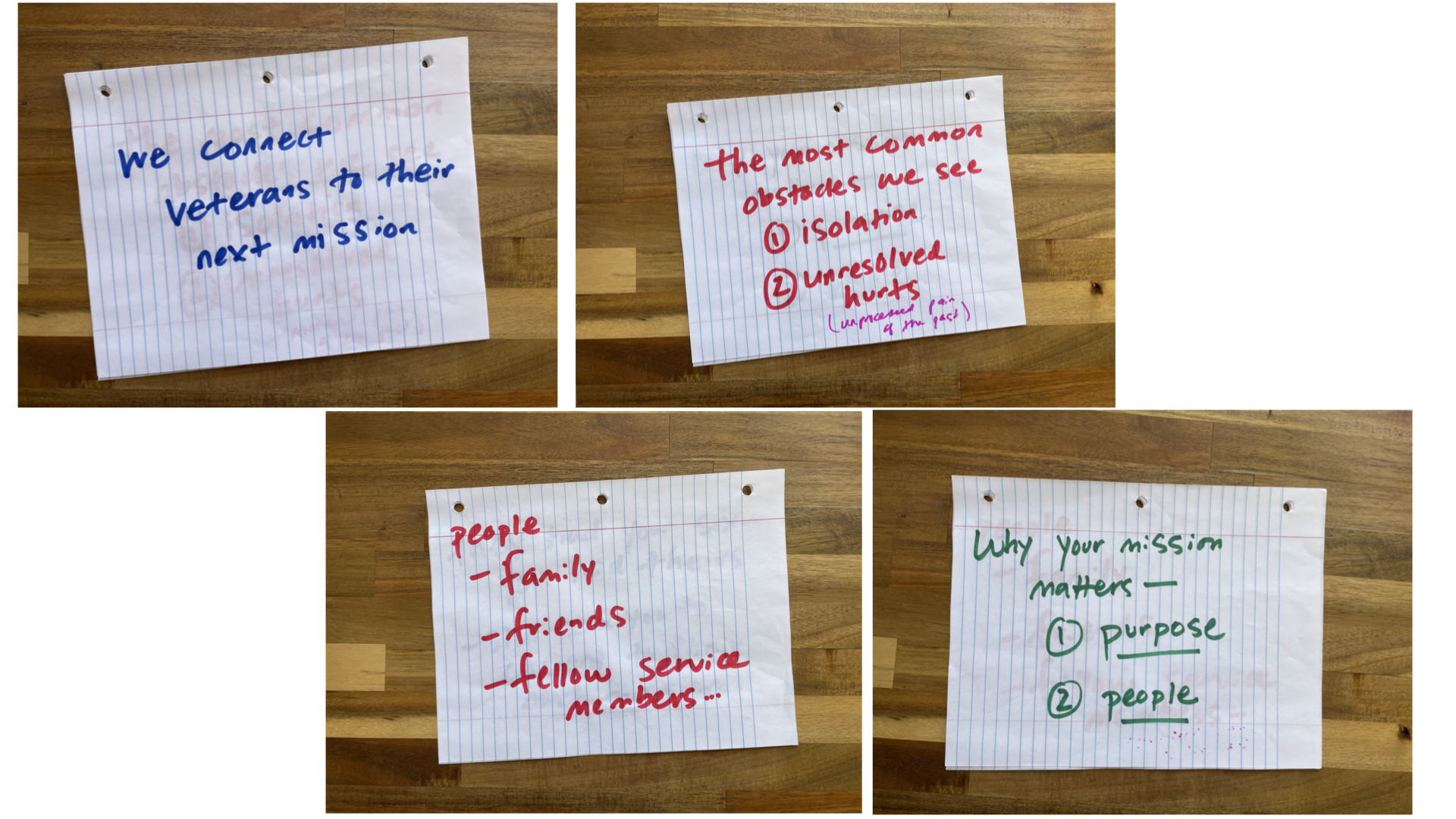 Here’s some more info for you, as well:

Warriors on Mission = connect veterans to their next mission. The most common obstacles we see are 1) isolation and 2) unresolved hurts / unprocessed pain of the past. Finding that next mission matters because 1) you have a purpose, and 2) there are people who are going the affected (for the good!) by you living that mission. Those people include your family, your friends, and fellow service members…

The Centers of Hope = https://thecentersofhope.org

For the past month-ish I’ve been attending a men’s group. We’ve met in about three locations in that span, settling in this week at the warehouse behind the Church of the Highlands Grandview location.

Why does it make the highlight reel?

Well, there’s so much I see when I read the Scripture and study on my own… the Lord really speaks to me when I engage in that practice.

But there are other things He shows me, uniquely, when I’m with others who are moving on that faith journey at their own pace— some faster, some slower than me, all in the same direction. They bring their unique perspectives. They add insight.

Then they share about the times they’ve seen God move. And, that always raises the faith-quotient for everyone.

In our culture, we go to two equal / opposite errors— I think.

Sure, pastors and leaders suggest we see it— and argue adamantly that we do.

But, ask for a text…

That doesn’t mean we shouldn’t gather. We should. There are ample verses which speak to this.

But none of those verses outline the “big show” we promote— the one where we found nickels and noses as the metrics to gauge how well we’re following the prompting of the Holy Spirit and how much, by default, God is then “blessing us” and “moving.’=

There’s far more to it than that.

Nope. That doesn’t work either.

Paul says we’re all parts of the Body. A dismembered arm or leg or foot or finger won’t last too long if it remains severed from it’s body.

In effect, it dies.

Mike is one of the guys I met at my small group. A decade or more younger than me, he’s stepping into the same season of life I remember so well, that 3-5 year time period when the kids are small— when they’re too independent to be totally cared for, but too young to be left alone.

I remember it well.

Mike is an architect who— get this— believes that creating buildings is part of his calling. It’s his passion for sure.

Over coffee, I reminded him of something I just read a week or two ago, when I was editing and re-editing the LifeLift material for (what seems like) the 77th time…

“The first man to be gifted with the Holy Spirit in the Bible wasn’t a prophet or a priest… it was an artisan. Bezalel. See Exodus 31:1-6.”

Let's sit back and see what Mike unleashes...

This is ALWAYS one of my favs… and makes a lot of the Top 7s I write.

This week, after a GRINDER of a few days (just getting a few projects dialed-in, as well as ramping up some others to get them in “go mode”) Beth and I went to our old stand-by: North Italia.

When we can’t think of anywhere else and just want something familiar, that’s where we roll.

We don’t have to think about it.

We know how to bypass the wait and head to the open bar, etc…

As always, each Sunday afternoon I sit down and preview the week ahead AND ALSO review the week that’s just in the rear view mirror. As I do, I scan the journaling section in the Advance Planner and look at my entries for the “three things I’m thankful for today” and note some of the best moments. 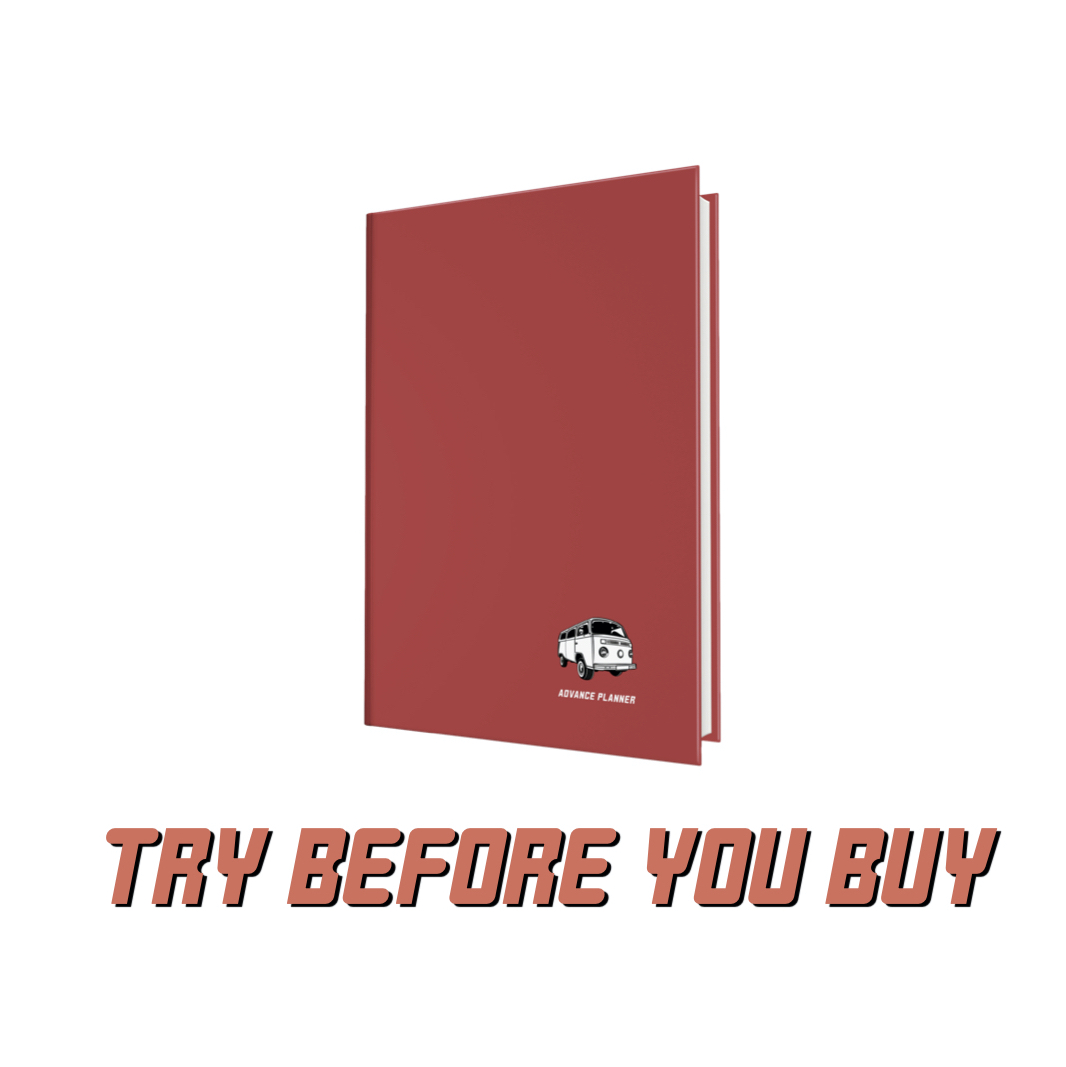