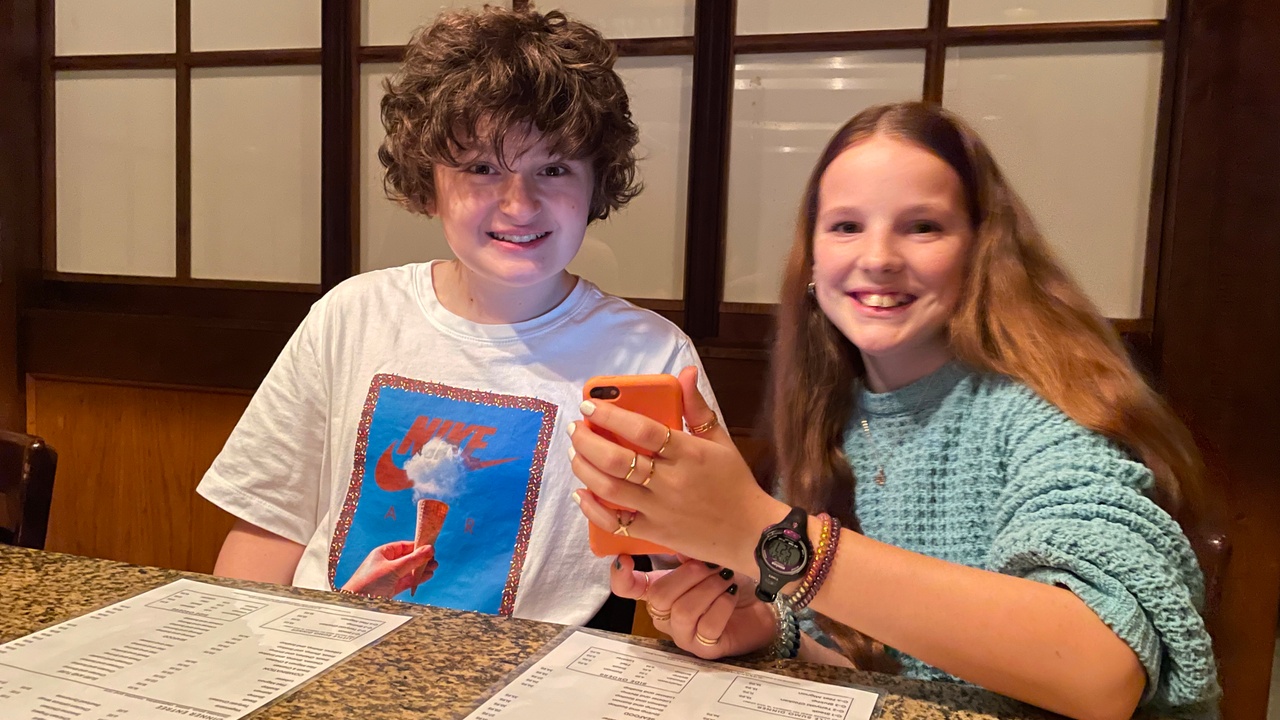 The Top 7 for last week includes Mini's birthday, a new door, and more...

Last week, I didn’t do so great on the fitness aspect of “life.” A big, quick project (over-hauling, updating a webpage for a book launch) required a bit of custom web-code / web-design (and an HTML-guy I am not, so there was a slight learning curve).

I thought the project would take 3-4 hours, the same amount I usually give myself to toss up a new landing page…

I began the previous Thursday, spending the half-day I dedicated to the task.

Then all day Friday.

Then all day Saturday.

Then all morning Sunday, followed by a quick drive to Atlanta for the first-ever Courageous Pastors Gathering…

Followed by a dinner with several of the Courage to Lead coaches… then back to the grind until about midnight.

Oh, and I listened to a YouTube instructional video during the drive to ATL, taking screen grabs along the way as I bumped into parts I thought I might need to "see" when I wasn't driving.

Suffice to say, I was toast…

But, I made the decision to— no excuses— hop back on the routine Wednesday morning, 6am…

Beth and I blocked a chunk of time on Saturday to work on our own website. Over the past 9 months I’ve updated most of the books (the ones I’ve written that I’d actually like to share with the world, as opposed to the many words I’ve penned that should NEVER see the light of day 😂).

She attacked the process from the “business” side, because you— basically— have the CREATION of the product and the packaging of the message AND THEN you have the “business of it.”

Face it, if you can’t finance it…

… or manage the money…

… then it doesn’t matter how valuable the message is, you won’t be able to share it with the world.

First, Janice (Beth’s mom) turned 70. She and Michael (Beth’s dad) were in town for some appointments, so were were able to see them for her birthday.

I finished at the conference in ATL about 90 minutes earlier than I thought I would, which created the perfect window to both miss traffic AND make it back for dinner.

That’s her and Jack Boyd, a neighbor and friend, at the “hot hot.”

(The “hot hot” is the name one of the boys gave Sumo / Kobe / all the Japanese steakhouses where they cook in front of you— back when he was 2, could barely talk, and had THAT expression when they 🔥🔥🔥🔥🔥 the grill. The name stuck, so we’ve been calling these restaurants— generically— the “hot hot” for over a decade.)

Last year, we were about to roll out to dinner for her birthday and Mini asked if a friend cold come. JB had been hanging out all day, so, she asked if he could roll with us…

Now, it’s a tradition. JB joins us at the “hot hot” to celebrate her birthday.

This year, we even sat at the same table as last year, ordered the same thing, and enjoyed every bit of it… 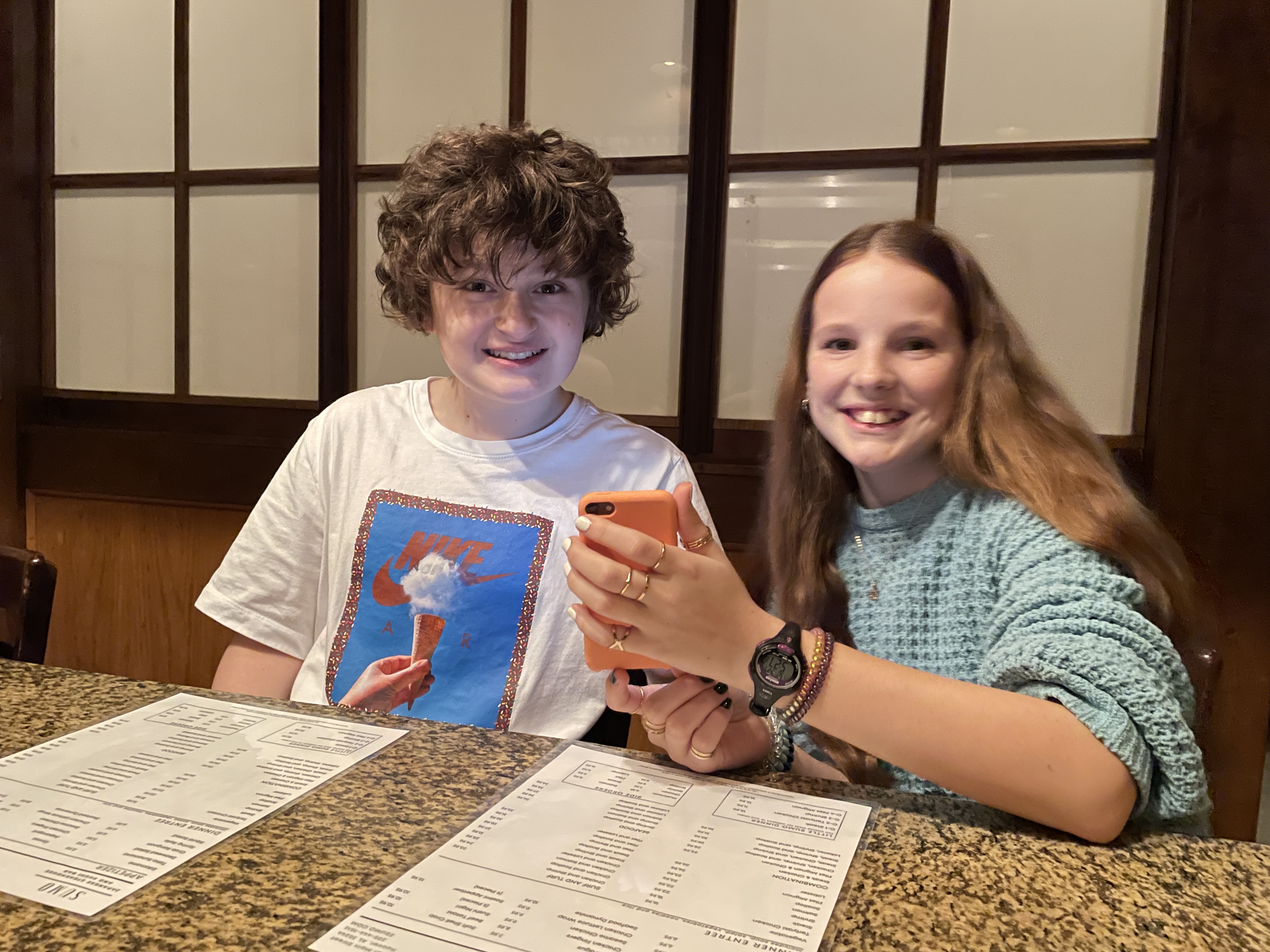 Here’s Mini claiming one of the shirts my friend JC Worley (the pastor at Go Church in ATL) gave me. Not sure what the expression on her face is, other than she’s pushing back against the camera or something.

(And, the pic has nothing to do with her birthday at all.) 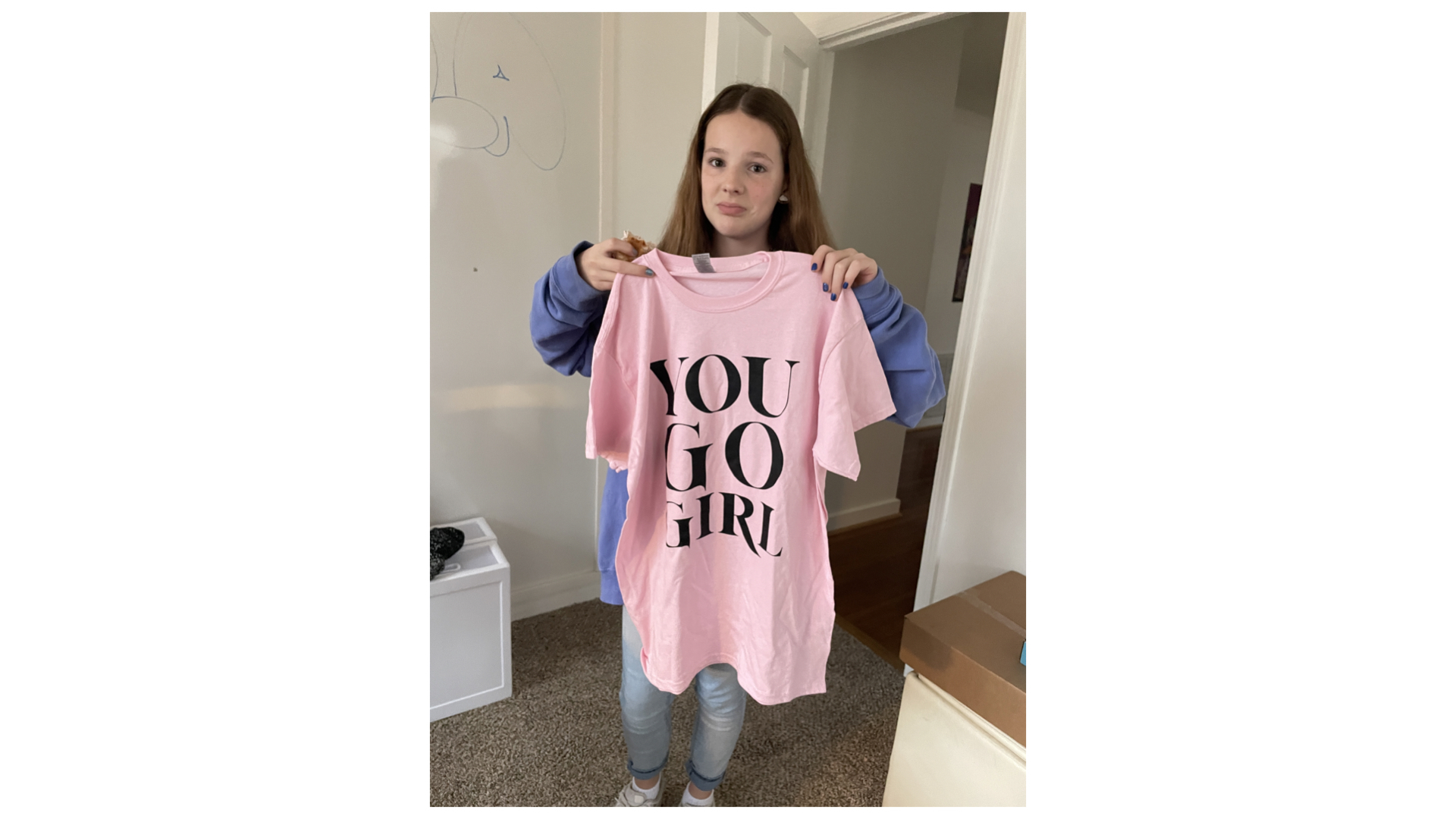 Here’s part of the volunteer crew from Go Church, where the Courageous Pastors Gathering was held this President’s Day Weekend. 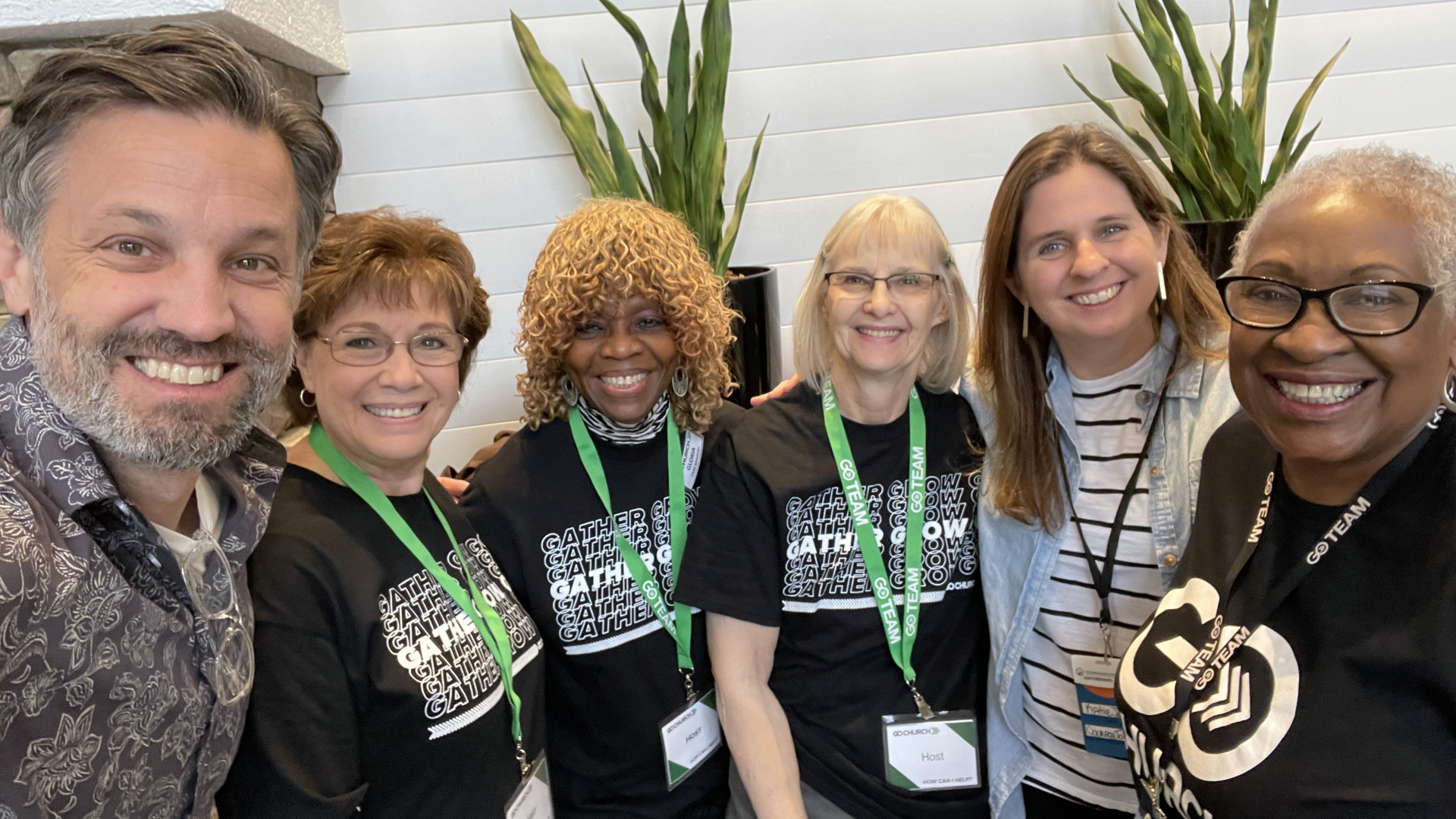 Rather than a conference (where everyone sits in rows) or a workshop (where you fill-in-the-blanks and seek to learn a task / complete a project), this was a gathering, a “come together” time for leaders across the U.S., who are affiliated in some way with the Courage To Lead community.

(Courage to Lead is a coaching organization I’ve been working with.

The volunteers at JC’s church #CrushedIt.

This past weekend I sat down and pulled together the tracks for 8 talks.  I’ve realized— and keep reminding myself— that NOTHING happens on auto-pilot. You’ve got to schedule it. So, my talks are live for the next…

Listen in at https://www.jenkins.tv/podcasts/lifelift — where you can stream from my site OR you can find a link to your favorite podcast provider.

Why do I include these in the "faith" heading, because they're all about identity...

Friends = Hangin’ with the guys in ATL

ATL wasn’t “all work and no play.” Sunday night we enjoyed a great dinner with the coaches (all of them pastors). Monday night I rolled to dinner with Terry (one of the coaches) and Jason (a client who leads some great projects in the Dallas area).

Schwartz works for LEADR, one of the event sponsors.

And, to say the least, he marches to the beat of his own drum.

Scratch that. He marches to his own percussion section, perhaps even his own band.

Massively gracious, totally humble and kind, Schwartz dresses just a bit “off center,” too. For instance, he has a mohawk that used to roll right into a mullet (he cut the mullet-part off for the job). He wore an electric blue velour sport coat marked by small black snowflake designs throughout. He sported black roper-looking boots as dress shoes.

Yet he, somehow, pulled the whole thing off.

When the three of us arrived at Ted Montana’s for dinner, we discovered there would be an hour wait.

“No problem,” we said. “Put us on the list and we’ll walk across the parking lot to Joe Muggs and drink coffee while we wait. We’re here to hang out anyway.”

I received the text 45 minutes later.

We walked in and were greeted by… Schwartz.

Turns out, he’d taken a short nap and then decided to join us. And, he walked in right as the wait was over and we were ready.

“Stuff probably always just works out for him like this,” one of the guys replied.

I concurred. It probably does. And even though I wouldn’t DARE try to march through life that way, I’m better because of friends who— strange (in my mind) wardrobes and all— do.

Who needs a group of ONLY friends who are just like you?

We need all kinds…

Here’s part of the group I left behind for the work trip. Our house is big— since I (by hand) constructed the #TinyHouse during the pandemic. Everyone has their space.

But it’s all built around the center here, the living room(s), the kitchen…

And, we’re always glad when people join us (like Jack, a cousin, second from the left), who stayed a few nights last weekend. 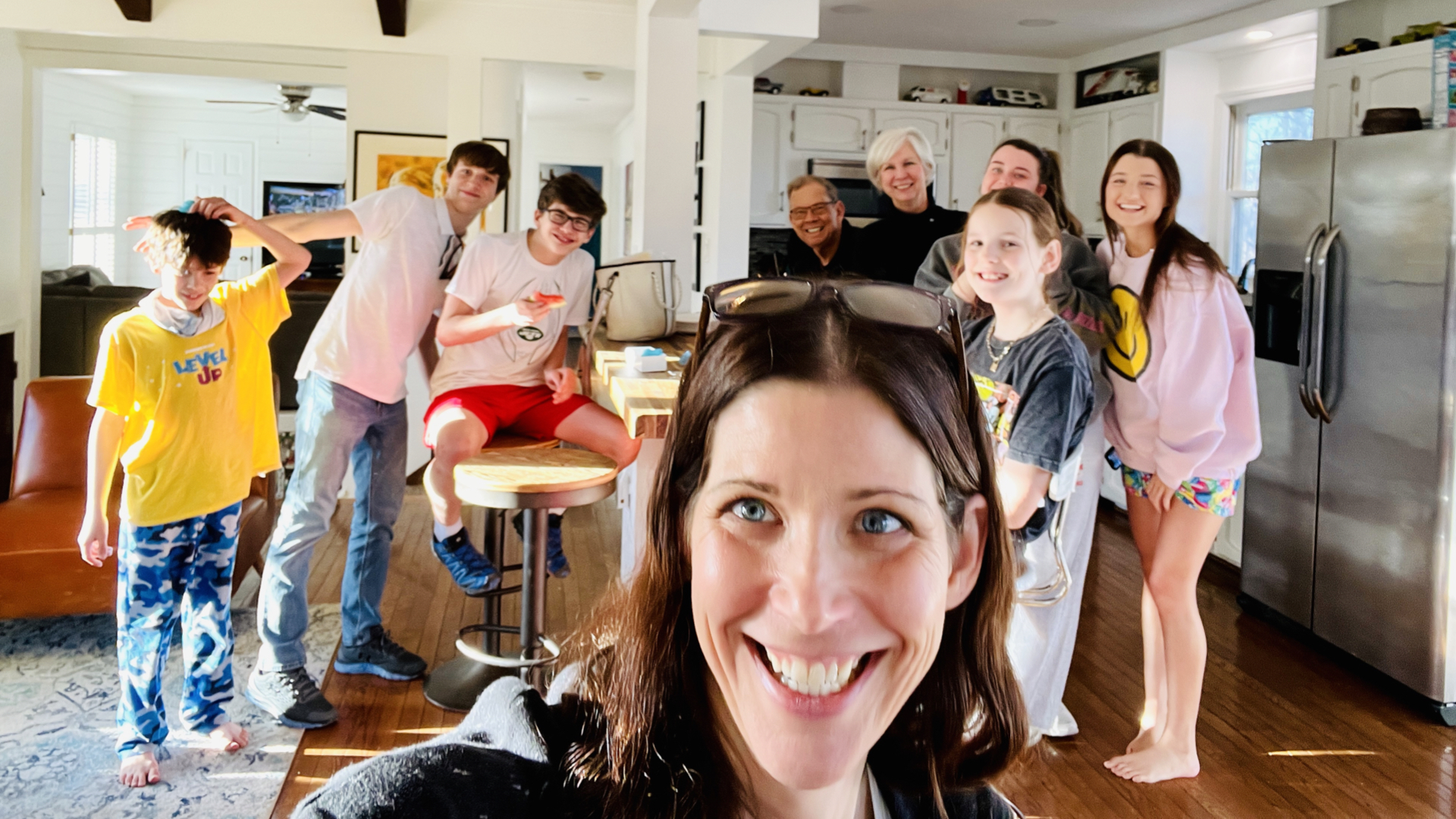 And, of course, even though there’s ample space, the boys always seems to cluster ON TOP of each other, wrestling and whatever… 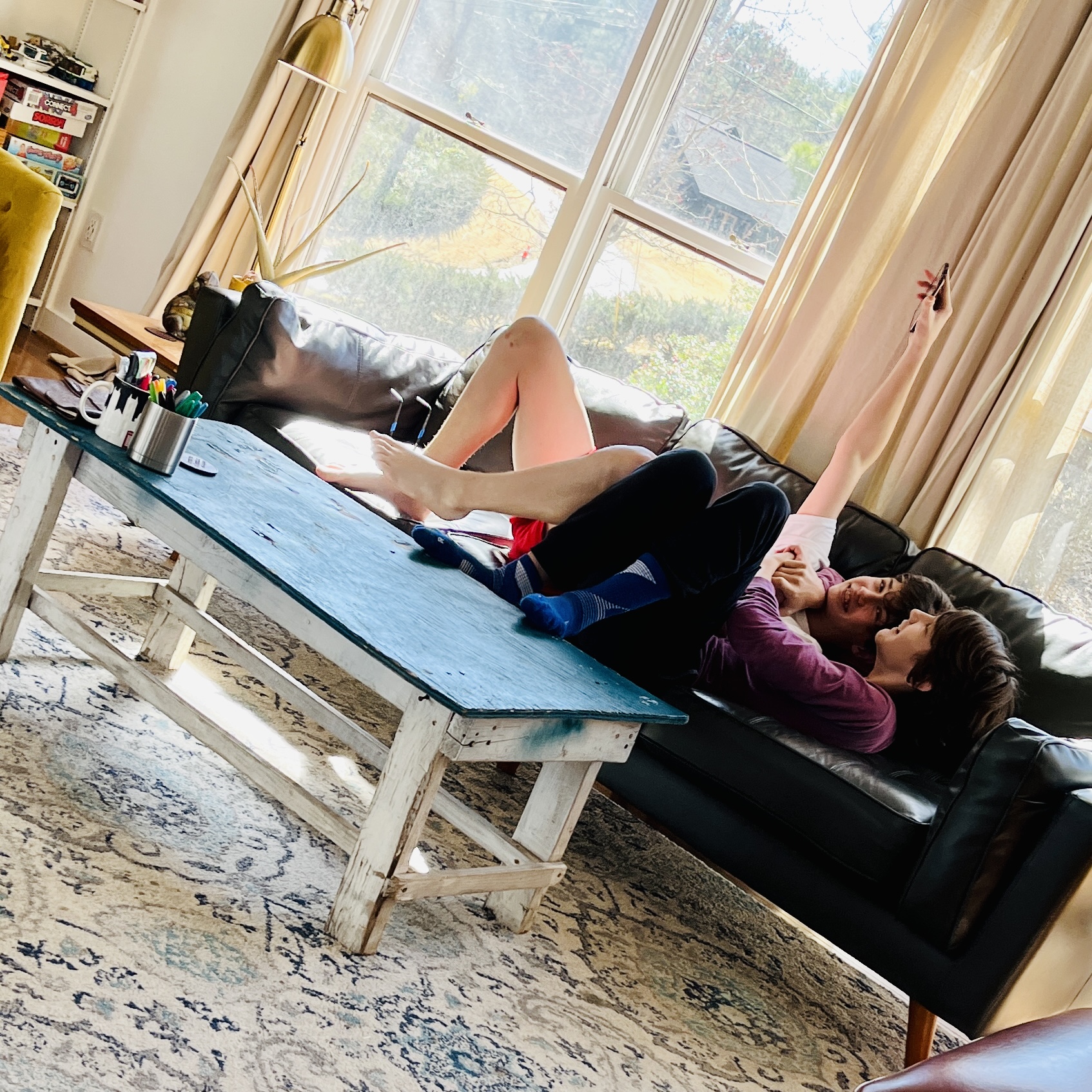 The one in the garage is just, well… it’s days have been numbered since I bought the house two years ago.

The previous owner took GREAT care of the home, even doing some upgrades of their own. But, they had a dog that scratched THAT door excessively. Eventually, the door developed some water damage. 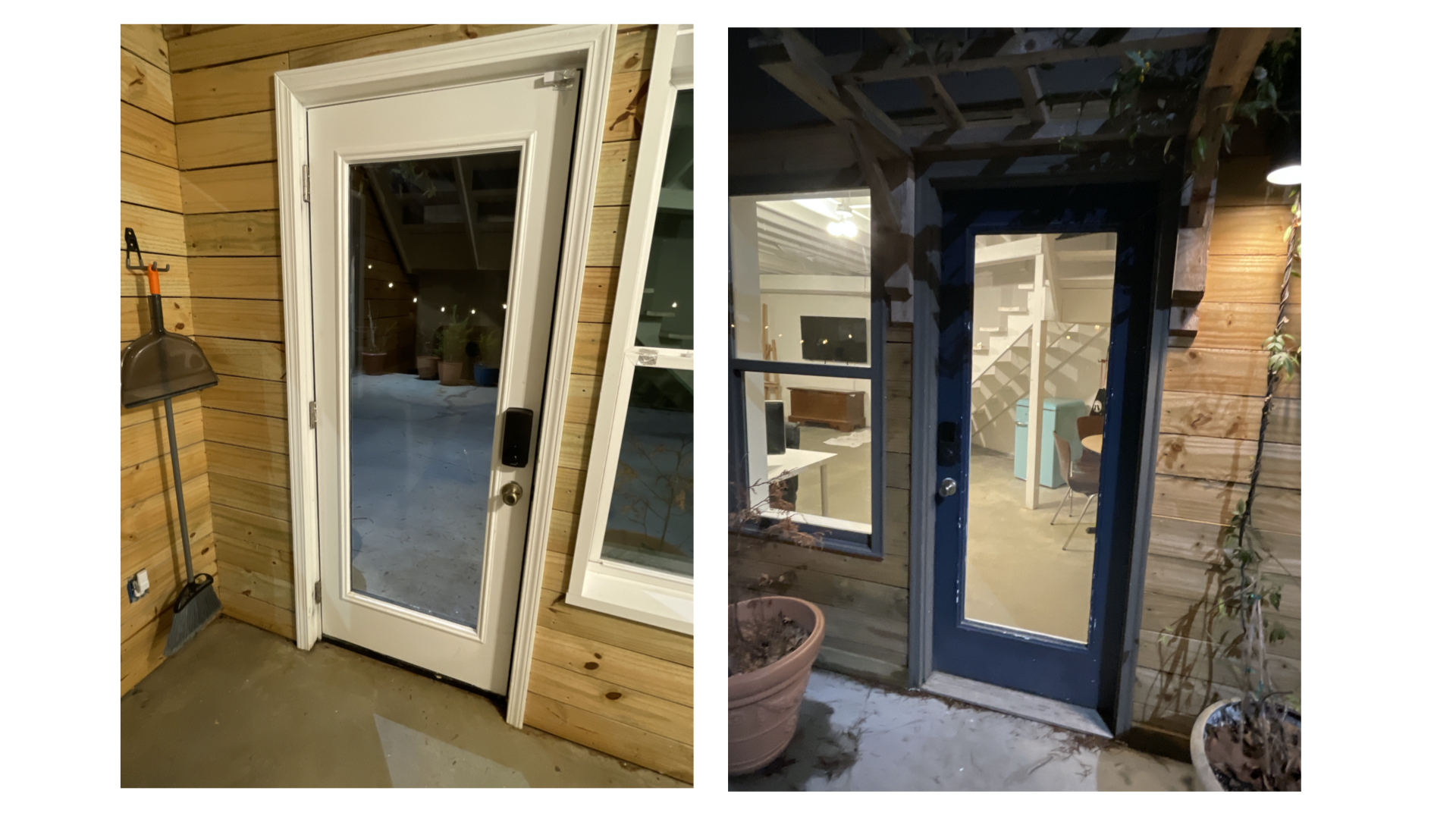 In the next week or so, this door (on the left) will be replaced by that door (on the right), which will soon allow more light to pass into the #GarageFit gym just on the other side. 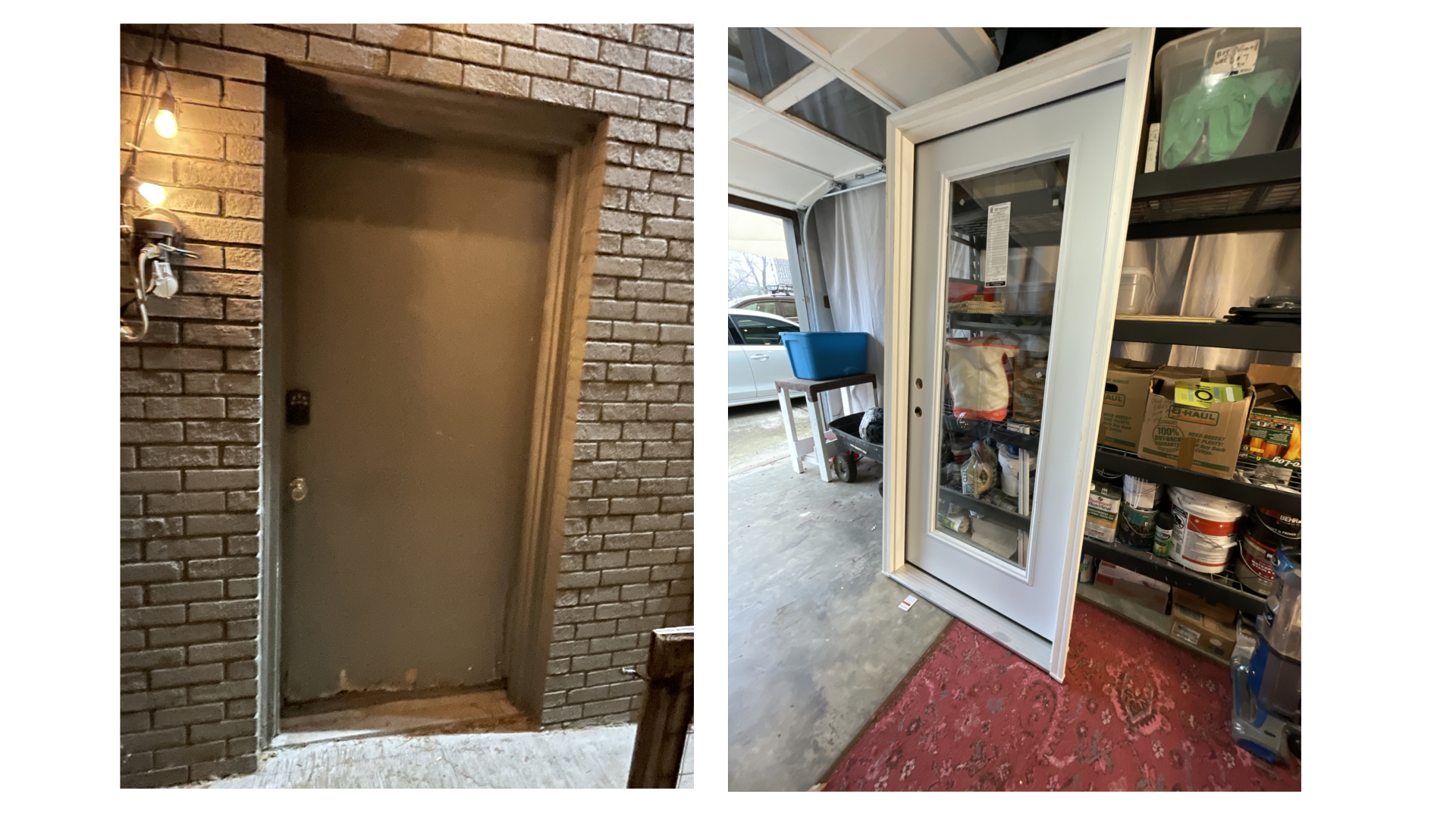 Every week, I look back as part of my weekly review, scanning the 3 things I’m thankful for each day (from the journal prompts in my planner). Then, I pull them all together and post a few here…