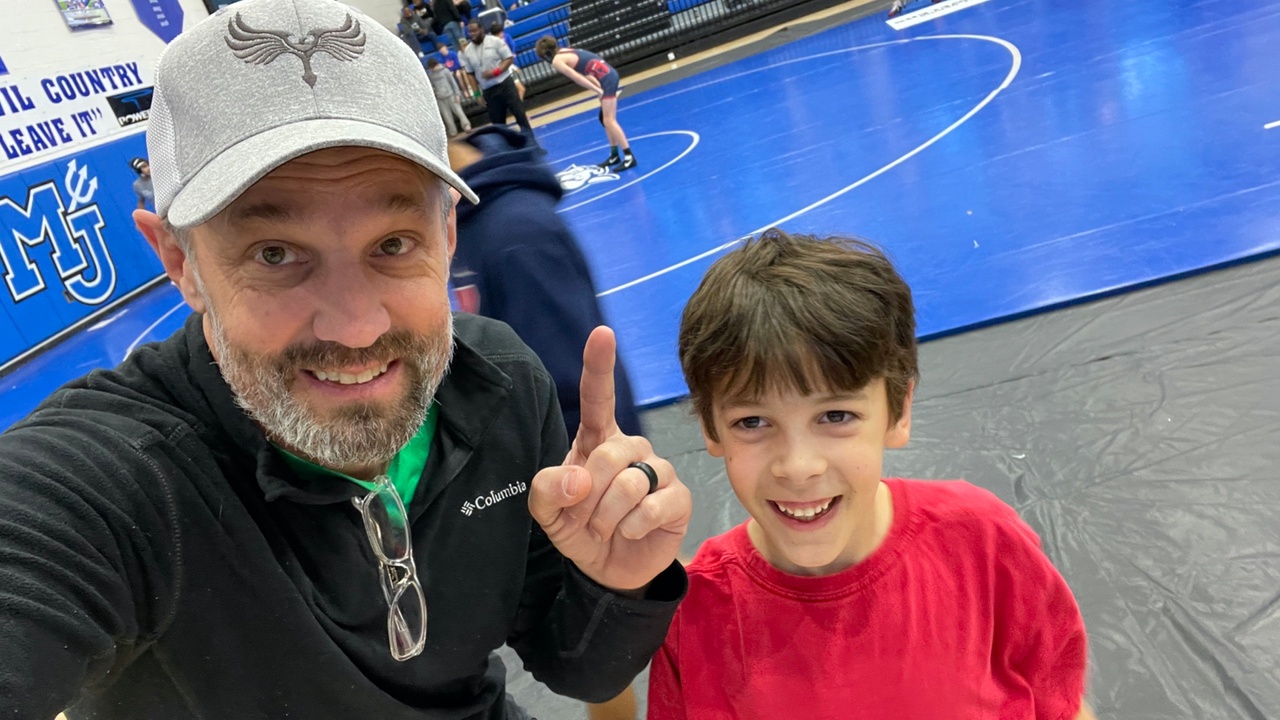 This week I test-ran my free shoes, attended another wrestling tournament, made massive LifeLift progress and more…

Here are the highlights, my Top 7, where I recount— from my journal— 7 of the best things from the previous week. Generally, there are more than 7. And, these aren’t listed in order of importance. Furthermore, I choose one from each of the 7 key areas of life—

This week I stepped back into my “random” routine of just doing SOMETHING each day in the area of physical fitness.

Generally, if it’s cold outside (this week it was), I do something in the garage— usually a #BeachBody workout on the infamously thick flat-screen TV that was in the downstairs den of the house when I purchased it just over 2 years ago….

I moved that TV to the garage, where I have a wrestling mat, a pull-up / dip bar, a weight bench, and some free weights.

These resources work great and, in all honesty, even though there’s far MORE equipment at the gym, most people who use the excuse that “it’s not a gym” don’t use any more than what I have if and when they go to an actually gym….

Because it was so cold this week, I’ve got a new pair or running shoes I haven’t yet used.

Those are the running shoes with the thick soles.

About 10 years ago when the “barefoot running” craze kicked-up, and shoes like Vibram Five Fingers, Merrell zero-drops, and other flat shoes entered the market, Hoka launched with the opposite concept: more cushion for the pushin’. It was completely counter to everything written in the book, Born to Run, which highlighted why thick soles create more injuries and why we should run on hardly anything at all…

But, about 18 months ago I purchased a pair of Hokas. Trail shoes. It was my third pair from the company in the past 6 years or so.

The pair I had began tearing up.

Sure, you could argue that it was the long-runs from mid-Summer to mid-Fall, when I was doing the #75Hard challenge that created the shredding…

But the shoes wore far faster— and got jacked up far more— than that kind of consistent easy running does.

I decided to send them back and see…

I thought, “If they take them back and send a new pair, great. If they don’t, no problem. I’ll just get another pair at some point…”

“We’ve issued you a credit voucher,” the email said. “Go select another pair of shoes— or anything else you want in the store.”

I ordered another pair of trail shoes, this one slightly different than the others. And, over the weekend took them for a test-run.