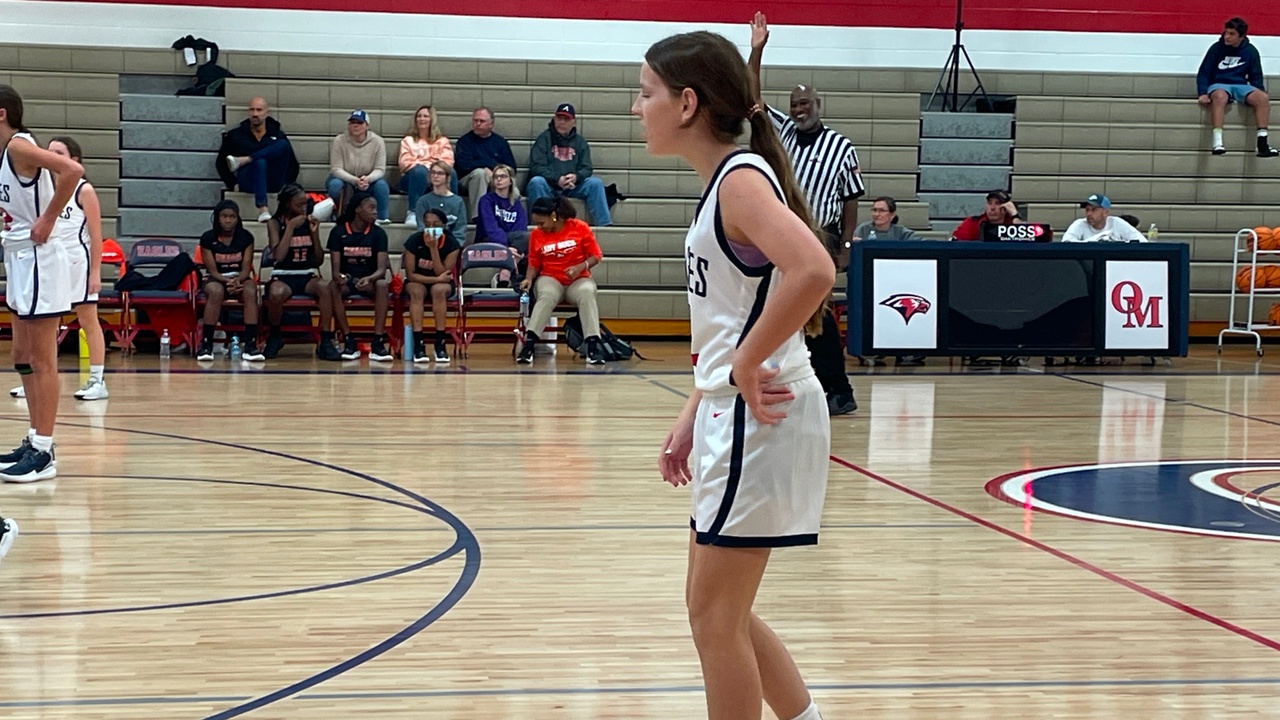 Top 7 = Lessons learned from showing up, doing your best

And now, well… here we are, nearing the end. Another lap around the sun.

This is one of my favorite seasons. So many good memories from Fall— and the weather is often delightful.

Some of the boys jump back into wrestling (always great to re-live that season), and the long runs through the neighborhood are just… well… easier than they are in the summer.

That said, here are some of the highlights from last week.

Fitness = get up and go

This week I discovered (yet again) that my almost-50 body doesn’t function quite like my 20-something self. Felt an unexplainable knee pain earlier in the week, so took a few days off the workout to let it recover… 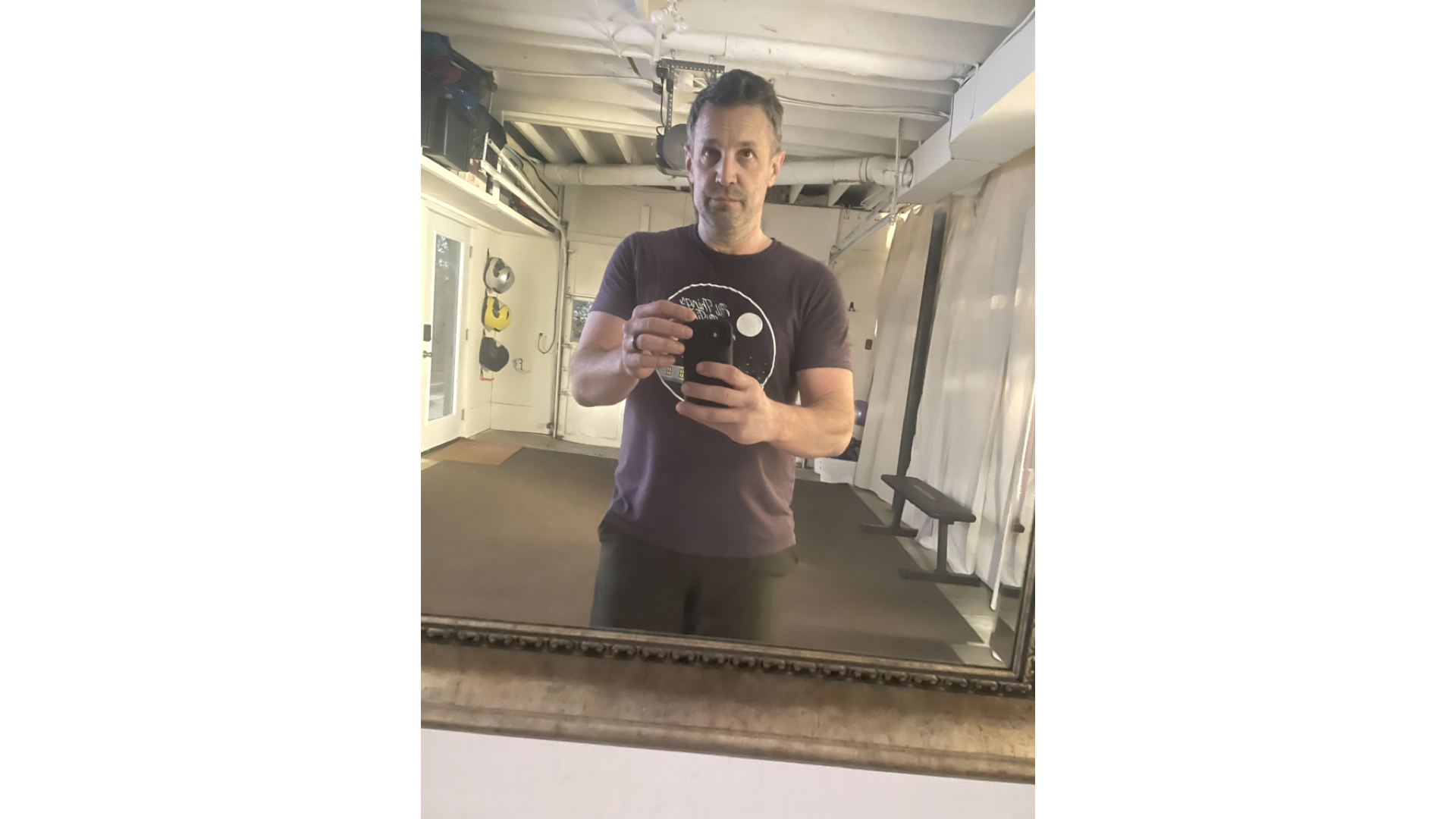 Some days, you’ve got to just “do the time.” In fact, I’ve found that the days I don’t actually feel like it— and get going anyway— tend to be the days I workout the strongest and feel the best afterwards.

The “feeling” of motivation is often deceptive, then. That is, often the motivation comes AFTER you do the thing for which you’re wanting to be motivated…

This lesson for me applies on so many levels.

For instance, the days I write the best— often are the days I don’t feel like writing but just jump in and do the work. Those days, the words— after a few moments— tend to flow.

Finance = time in the chair…

I’ve got a new project I’ll release late January / early February. Planning to have it written in the next 2 weeks, so I can refine the content a bit more and then make plans to shoot the film, plan the posts, look at a potential podcast, etc…

Full disclosure: it’s intended to create another income stream— and will help others do the same.

I’ve been punting the project for awhile, but a few recent shifts opened the opportunity to just go “all in” with it.

Want a look ahead at where it’s going…?

Go to www.AmplifyInfo.online — everything will be posted there soon.

My philosophy on kids in sports and/or other hobbies…

“Try it. If you do, you need to complete the season, but go for it…”

A few years ago, Ivey did gymnastics… then volleyball. And violin before that.

Noah took a run at basketball.

Levi transitioned his aggression towards wrestling.

Isaac has crushed football and basketball…

I could go on and on…

Mini took a shot at volleyball last year, but decided, “That was fun— but probably not my sport.”

This year, over the summer, she played basketball.

Then, in the Fall, she tried out for the school team.

Here she is, at a game, this Thursday… 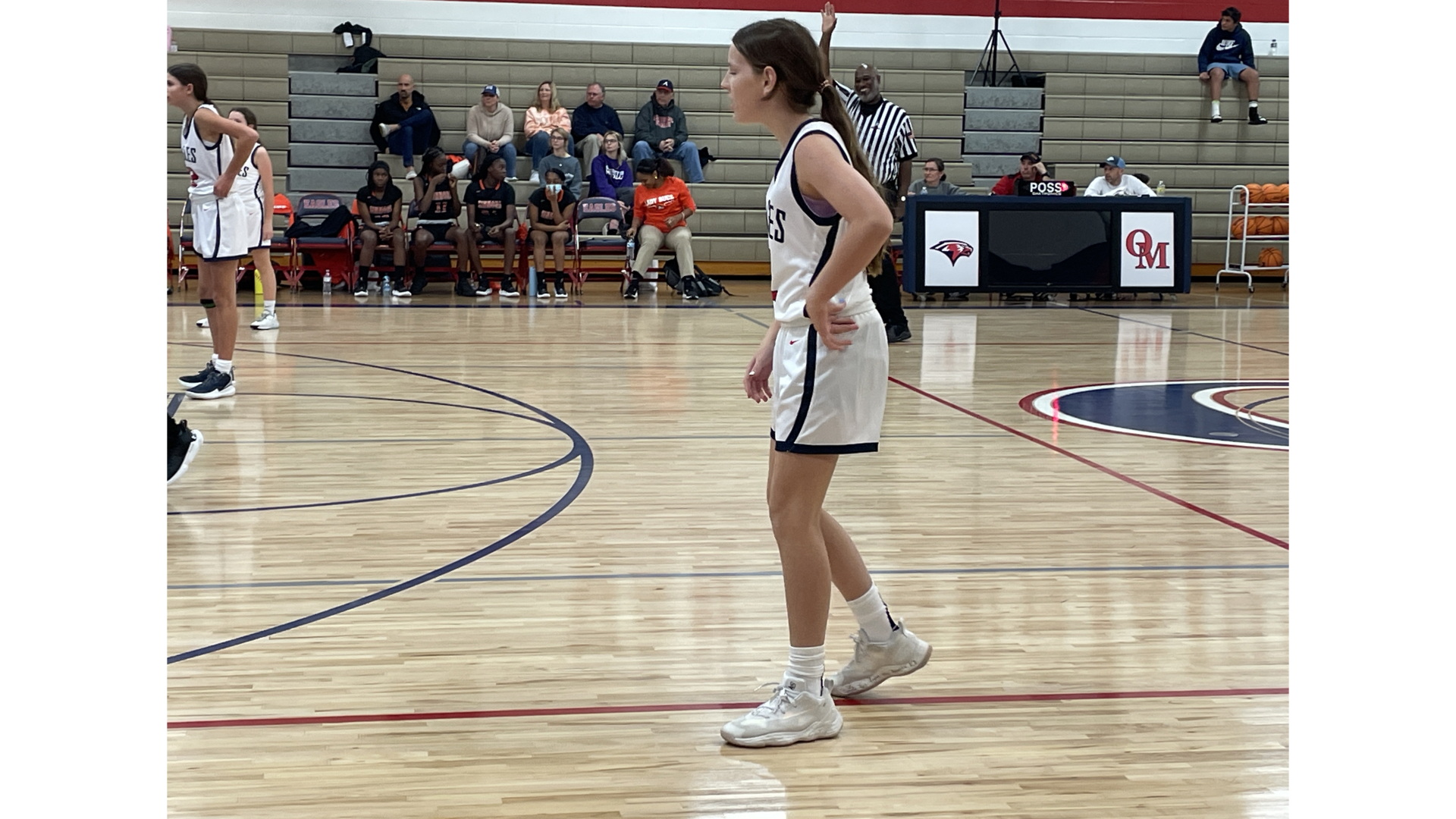 She didn’t initially make the team. And, to be honest, she was a bit bummed.

Now, I’m all in favor of kids NOT making the team and NOT getting trophies for showing up… and I’m NOT for NOT keeping score. There should be winners and losers, because some of the best life-lessons emerge from the moments of doing your best… and still falling a bit short.

A few weeks after tryouts, the coach reached out, “I would like you on the team, if you’re still willing to play.”

She’d already worked through the “didn’t make it” blues, yet here was the opportunity to step in and take a shot at it.

“Sometimes,” I told her, “you do your best… and others notice. They see your work ethic, they take notice of the attitude… and they reach back out. Not always, but sometimes, so always continue to do your best.”

… and doing your best.

Even when it doesn’t fall your way.

Because so often, it does come back around.

I posted this last week…

If you’ve been following along, you’ve read about this project, the PTSD / Moral Injury Bible study from Crosswinds Foundation for Faith & Culture.

My friend Bob Waldrep launched the 501c3 back in 2008– and has been leading strong since then. At some point, almost accidentally yet totally providentially, he began serving veterans.

To date, he’s created three documentaries— one on PTSD, another on Moral Injury, and a third that’s about to be released which addresses the unique challenges “warrior families face” when the trauma comes home.

Disentangled is a work that helps veterans “disentangle” from military service (and the wounds that often accompany it), so they can re-entangle back home. Using Paul’s admonition from 2 Timothy 2:4–

⭐️ No soldier in active service entangles himself in the affairs of everyday life, so that he may please the one who enlisted him.⭐️

— the study affirms that entangling yourself in the service is right and necessary. But then you must unentangle and re-entangle. 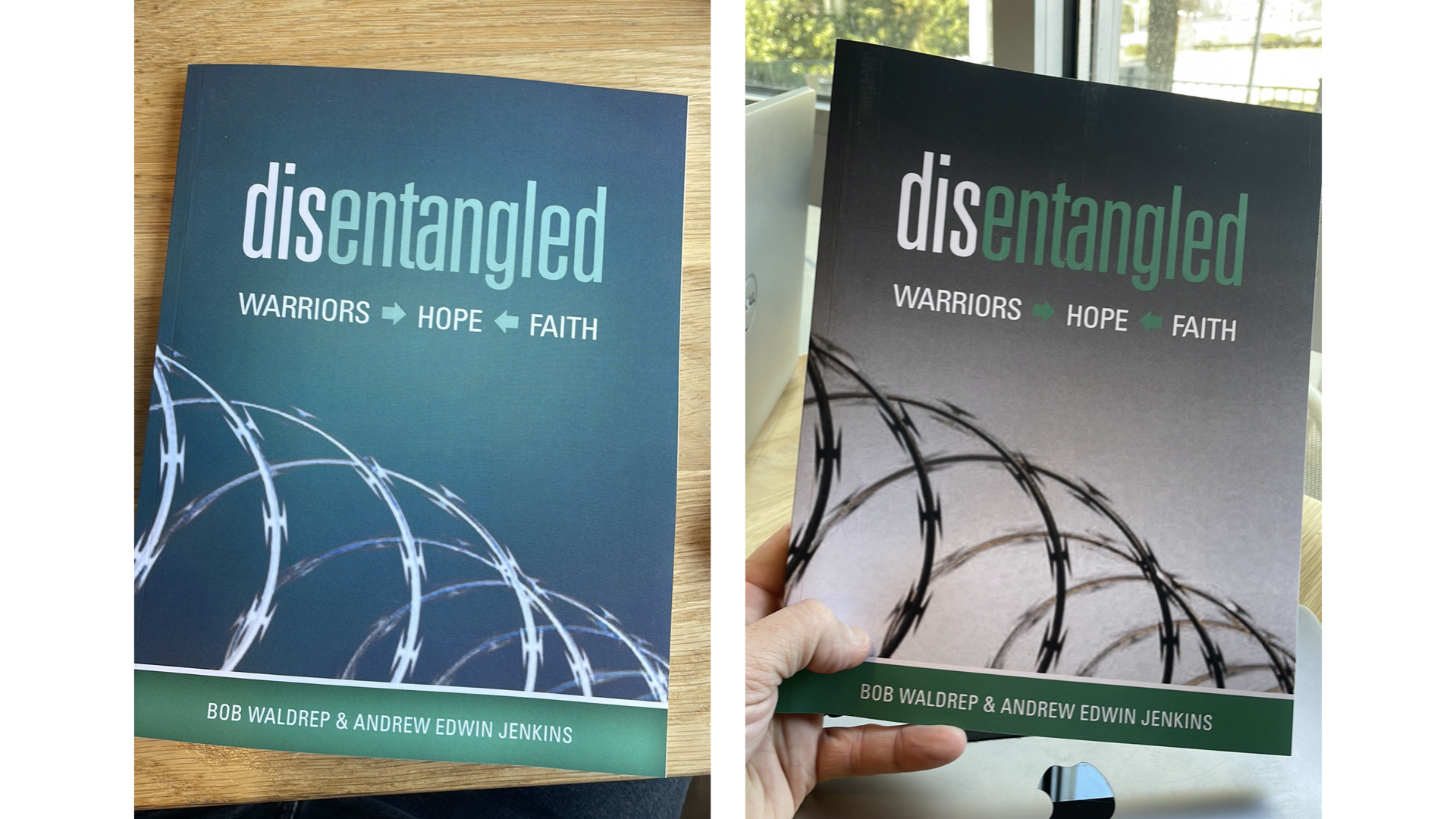 Two versions of the book arrived this week— same book, just different covers. So, we’ll likely go with one for the actual participant book and then other for the leader guide (still need to decide which is which).

We made a few adjustments to the proof copies, then re-loaded them them to the publisher.

Faith = Early at the coffee table

For the past week or so, I’ve been way back in the Old Testament, exploring the roots of our faith— the stories of Abraham and Isaac and Jacob and Joseph…

… so many parallels there between broken / imperfect people whom God actually uses.

This has been such an important part of my morning routine…

In fact, I find myself getting up earlier and earlier (5am, many days), taking the time I want / need to hit the garage-gym downstairs, take a shower, and then settle into my sweet spot with the Bible and my notebook and pens…

⏰ I talk about the importance of a power-up / power-down routine in this video, BTW, taken from the Advance Planner Workshop: https://www.jenkins.tv/APW13

Last week, Paul and Randy and I tried— in vain— to sync schedules. It didn’t work.

Randy has a son that’s about to get married— so they’ve been spending just about every free moment doing some renovation on Jackson’s new home.

This week, we remedied it. We couldn’t all sync the schedules, so…

⭐️ I met Randy on Wednesday afternoon, downtown. I snuck in some writing, working on the aforementioned Amplify project. Unbeknownst to him, he spoke some great words of encouragement that showed me that, indeed, I’m on the right track.

⭐️ I met Paul on Friday afternoon, in the Pelham area. Paul also— like Randy— oozes wisdom in a totally different lane, with a different personality. It shows, all the more, why we need MANY friends… each gifted and skilled in their own ways.

Fun = run around with Beth

Beth and I shot up to the Summit this Saturday. Had to run a few errands. Needed to find space, too, to sit down and work on a project proposal.

I placed this under “fun” for the week, as bizarre as it sounds, because the ease of navigating life with her— and enjoying the big and great moments as well as the simply moments— mean so much.

A run to the Summit, unrushed Mexican food afterwards…

That’s the highlight reel for the week. Each day I make note of a few things I’m thankful for from that day— when I do the daily review…

⭐️ Here’s what that looks like, by the way— https://www.jenkins.tv/APW11 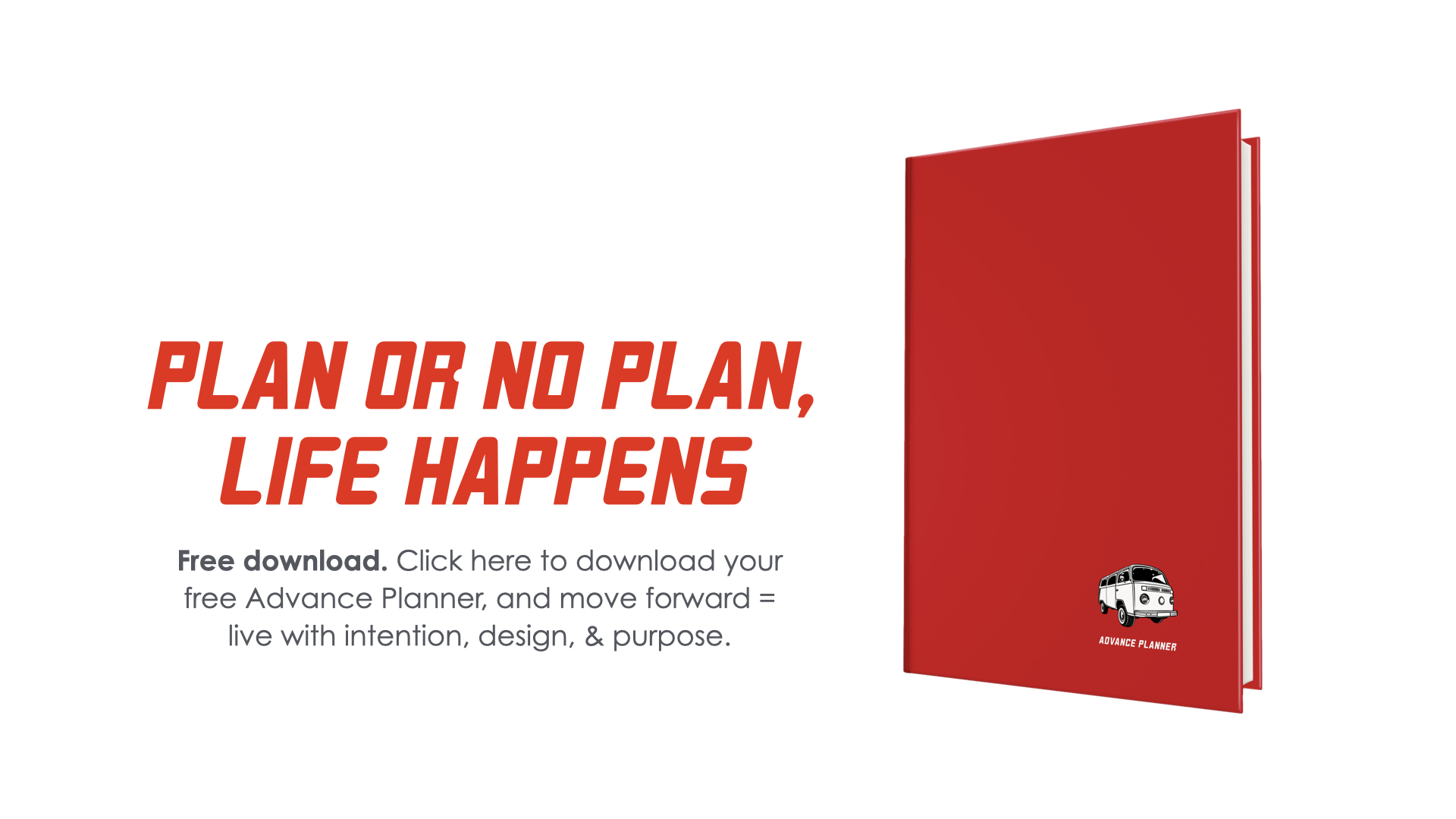