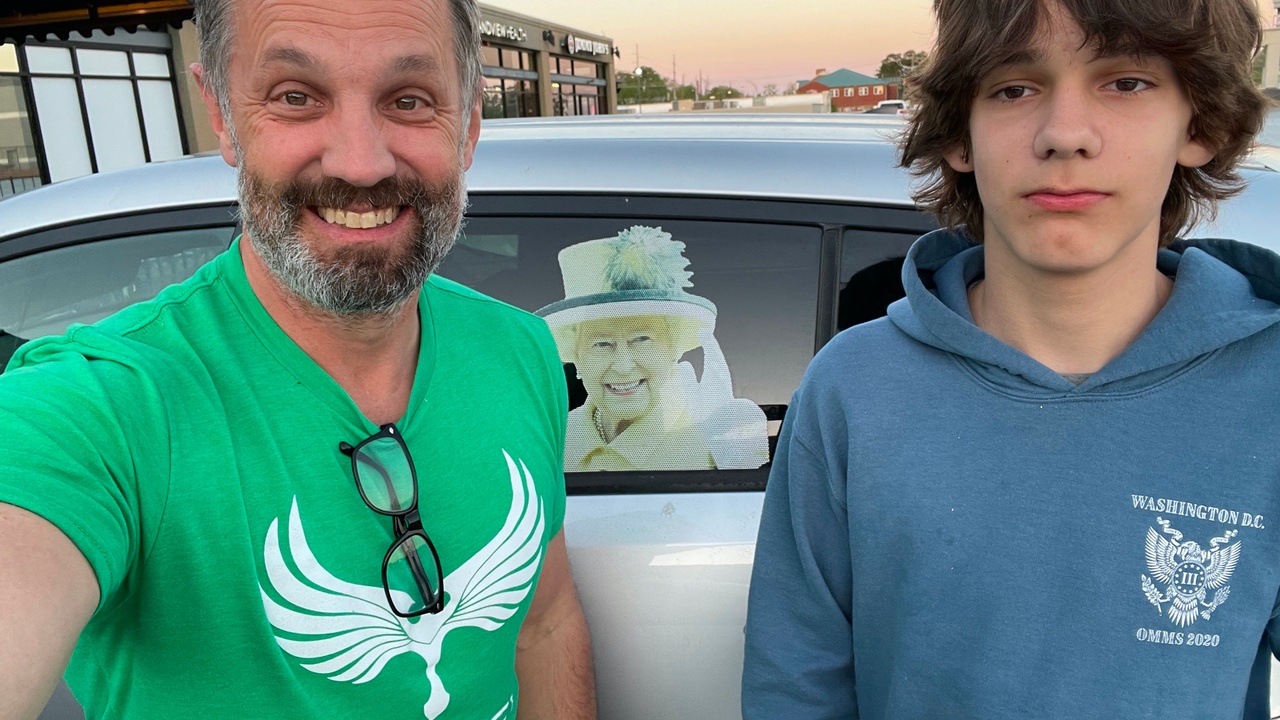 Last week’s Top 7 includes a movie, books we found in the garage, and more…

This week I continued with my new routine of adding free weights to the exercise regiment. It’s not “new “ in the sense that I’ve never done it. Rather, it’s just an adjustment from the past few months…

I’ve found that, for the most part, I like “mixing up” the fitness routine.

For certain, most nights I like to know— in advance— what I’m going to do the next morning. Whether I’m running or “pressing play” with #BeachBody indoors. Whether I’m lifting weights or cycling for 40+ miles…

Getting prepped for what I have the following day— including exercise— is part of my nightly “wind-down” (i.e., I set out my clothes for the following day, get the computer or other “work tools” set up, so they’re ready to go, etc., so that I don’t have to decide ANY of that in the morning). But, I do know that I enjoy the variation…

Mini decided she wanted to have a “play date” with one of her friends— at the jump park. So, the friend got her mom to drive her, and I Uber’ed #Mini…

We walked in and checked the prices… 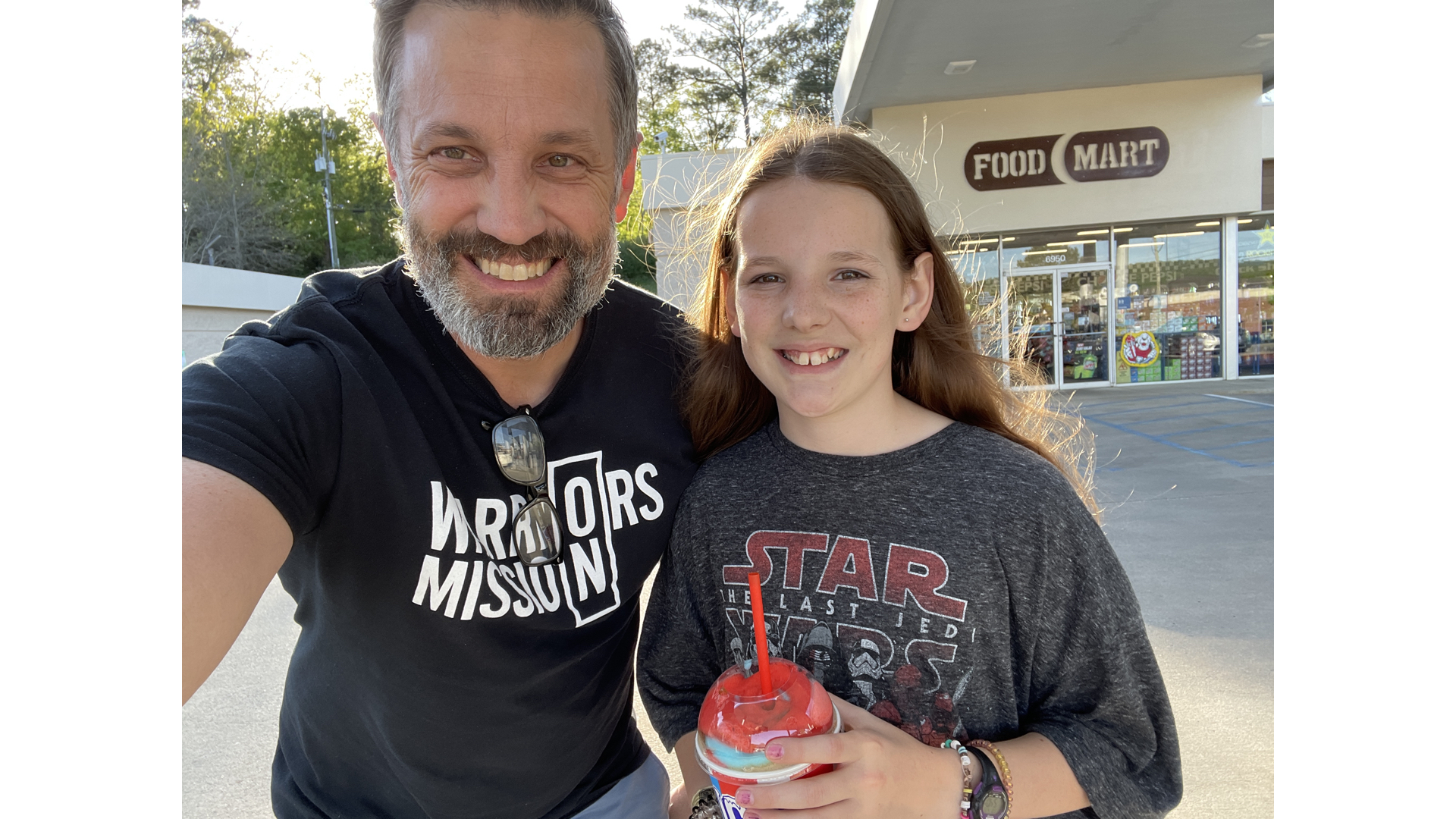 Ah, here’s #Mini with an ICEE— a few years ago, those were “our thing” (read: the boys). She was a bit too young to grab the ultra-sized drinks. So, now she and I are re-living the nonsense Noah and Levi enjoyed for a season.

Family = Judah to the movie

Judah and I shot to the “Rave” theatre in Vestavia to watch Morbius last Thursday. It’s the latest Marvel drop— a film you’ve actually got to watch (the trailer doesn’t give it away) to see who the good guy is and who the bad guy is.

On the way back to the car, we spotted the Queen, so we snapped a pic and sent it to our favorite British friend, David Robinson. 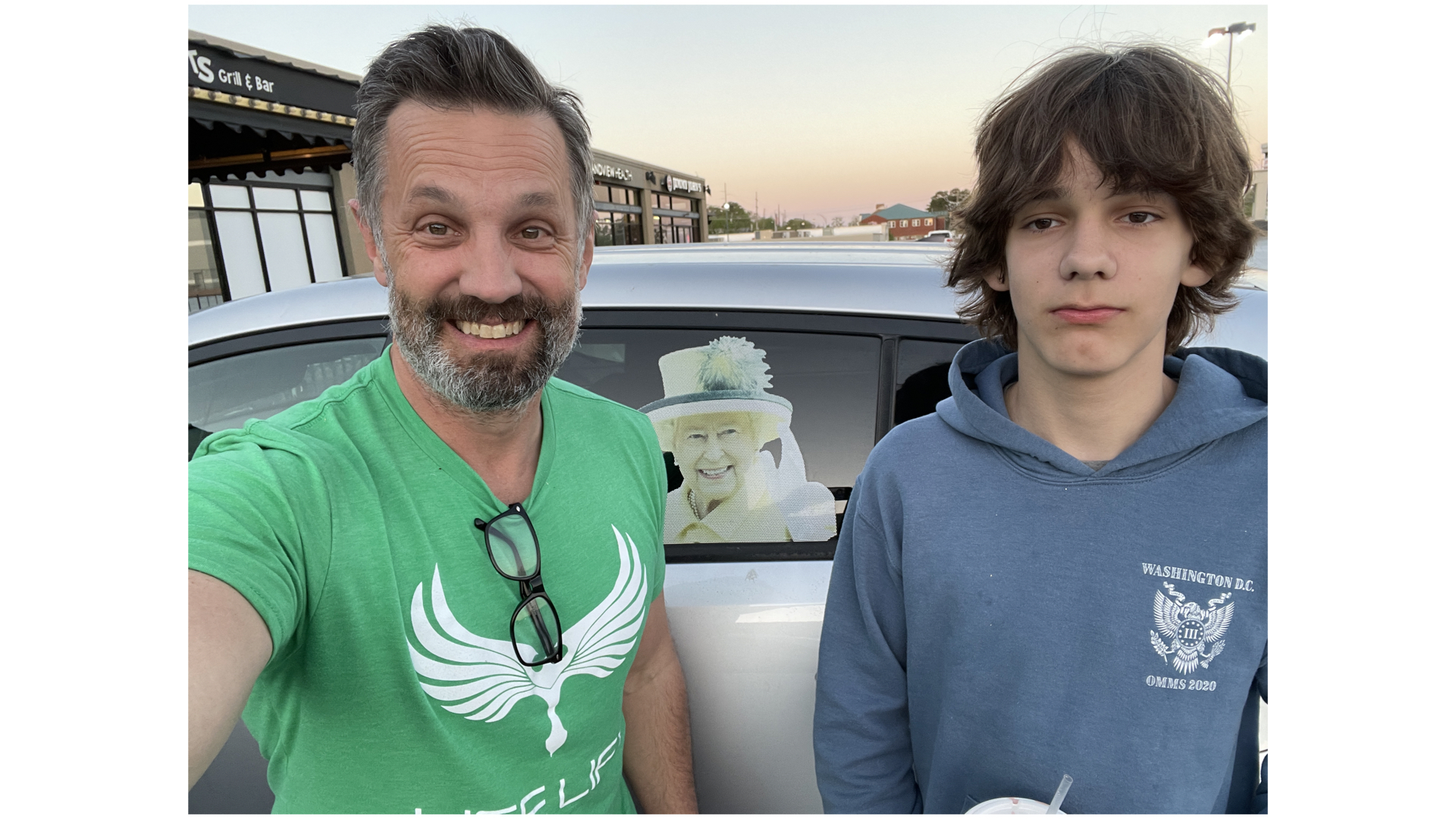 Sunday, three of us— Beth, Anna, myself— rolled to Ruby Sunshine for lunch. We used “Waitlist” on the app, just as we left the church parking lot, and STILL had to wait 50 minutes (even though the restaurant was about half empty).

No worries for the wait. We grabbed something to drink, stood around and talked…

… made for an easy / early afternoon. 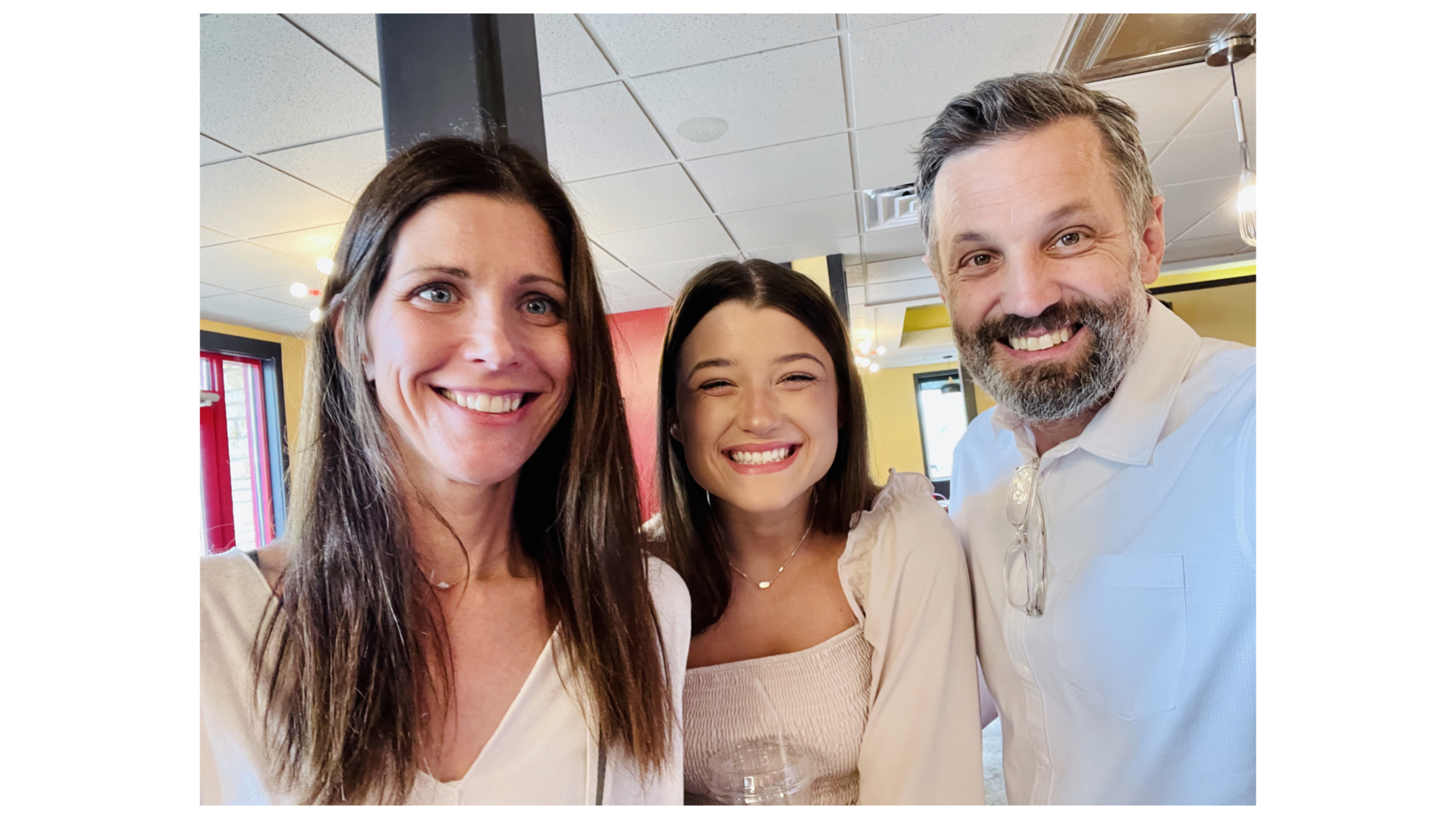 We received a letter in the mail from Alabama Power about a week ago:

The notice told us, in fact, that the entire neighborhood would be out— they were running a new line from the Main Street all the way through.

Alabama Power delivered as promised. About 7:45am, MORE than a dozen trucks pulled into the neighborhood.

Furthermore, I’ve convinced the AP guys are some of the best electrical engineers and linemen anywhere…

… but they’re training $$$ obviously all go to electrical education AND NOT drivers’ ed. They jammed the streets to the homes with their trucks as if they were oblivious that anyone— including themselves— ever needed to move their vehicles and actually get out.

The streets looked more like a game of “Battleship” than they did actually roads created for automobiles.

Since we work from home, we were out of power.

And everything else you use during the day when you work from the house.

Beth and I bounced to the O’Henry’s around the corner. Then, when it was lunchtime we scooted to the old stomping ground in Avondale and visited Common House. Then back to Inova Coffee…

And then back to the #Hilltop.

10 years ago I led a small group at The Birmingham Dream Center with a group of friends. We began it Fall 2012, and ran it through that summer.

The first “series” I taught on those Thursday nights in Woodlawn was about the blood of Jesus— and everything the blood redeems us from / to. For seven weeks that Spring, we walked through seven areas He brings about total freedom (that’s what the word “redemption” means, freedom)…

I remember standing up front to teach each week. The group consisted of some of the most beautiful humans you’ll ever meet— and certainly some of the least pretentious.

👉 Some had just come from prison.

👉 Others were actually— in that moment— living in abandoned homes somewhere in the inner city.

👉 Others were overcoming addictions— or had kicked them but were nervous about falling back.

👉 Others were “soccer moms” or school teachers.

In other words, it was a mix— a blend— of every race and economic status in our area.

I met with my friends Rob, Jason, and Robert each week to plan those gatherings. We decided, during one of our meetings, that the people in that room— the common thing they all needed— was to know how radically loved they were AND how much Jesus provided for them.

That’s what led us to the topic of redemption.

The word redemption first appears in the Old Testament, when God tells Moses that He will redeem His people from slavery in Egypt.

The second time it appears is after they walk through the Red Sea, newly freed, and Miriam exclaims, “These are the people whom You have redeemed.”

The only event between these two uses of the word is that Exodus, that freedom…

In other words, the word redemption means "freedom." And it means freedom in your present life.

The New Testament authors look back at this story and remind us that it wasn’t just the Children of Israel who were redeemed centuries earlier, it was us. And it wasn’t the blood of a Passover lamb that achieved it. Rather, it was the blood of THE Lamb, Jesus…

But, in the same way that THEIR redemption from Egypt was a “this world” redemption (i.e., you don’t have to wait until you die to start experiencing the benefits), so also is our redemption ALSO a this world (as well as a world to come redemption).

Many people are WAITING for grace to “kick-in” when you expire (read: die), whereas the Bible loads us with grace and redemption now.

✅ Jesus bleeding in the Garden of Gethsemane, when He laid down His will, thereby redeeming your capacity to both know and do the will of God

✅ Jesus bleeding when the soldiers beat him, causing Him to bruise— that is, bleed beneath His skin— thereby redeeming the internal hurts and feelings of guilt and shame you carry

✅ Jesus bleeding when they placed a crown of thorns on His head (remember, the thorns were the curse on the ground, thereby causing work to “work” against us rather than with us-- now, even your work is redeemed)

✅ Jesus bleeding from His hands and His feet when they nailed Him to the Cross (now, the work you do with your hands and everywhere you go is redeemed, that is, blessed)

✅ Jesus bleeding from His heart, even AFTER He died, and sin was paid for (thereby offering you emotional health + soul wholeness and restoring joy even amidst hard things)

A few weeks into the study a decade ago I began writing my notes— and then placed it, a few years later, in to a book.

I named it the book Redemption.

And, the radical nuances of grace in all its depth came to mean more to me several chapters of life later, just when I needed them most…

A few weeks ago Beth and I went to “clean out” the garage. It didn’t really need a massive clean out, because we keep it pretty tidy and organized.

But I had a few boxes I needed to sort through— a few boxes of books from a previous season of work.

To my surprise, we found about 50 copies each of Finding Keto (my book about how to lose weight on the ketogenic plan of nutrition), about 50 of the Oils of the Bible (from The Healing Workshop), and about 50 of this…

“That’s the old cover,” I said, “so we can’t sell them and mix them up in the online store…”

“Just mark them way down and cover the shipping,” Beth proposed.

I finally set the links up on my website for all three books this weekend, after the wait + lunch at Ruby Sunshine.

Here’s where you can find it, for just $5 (shipping included): www.Jenkins.tv/redemption5 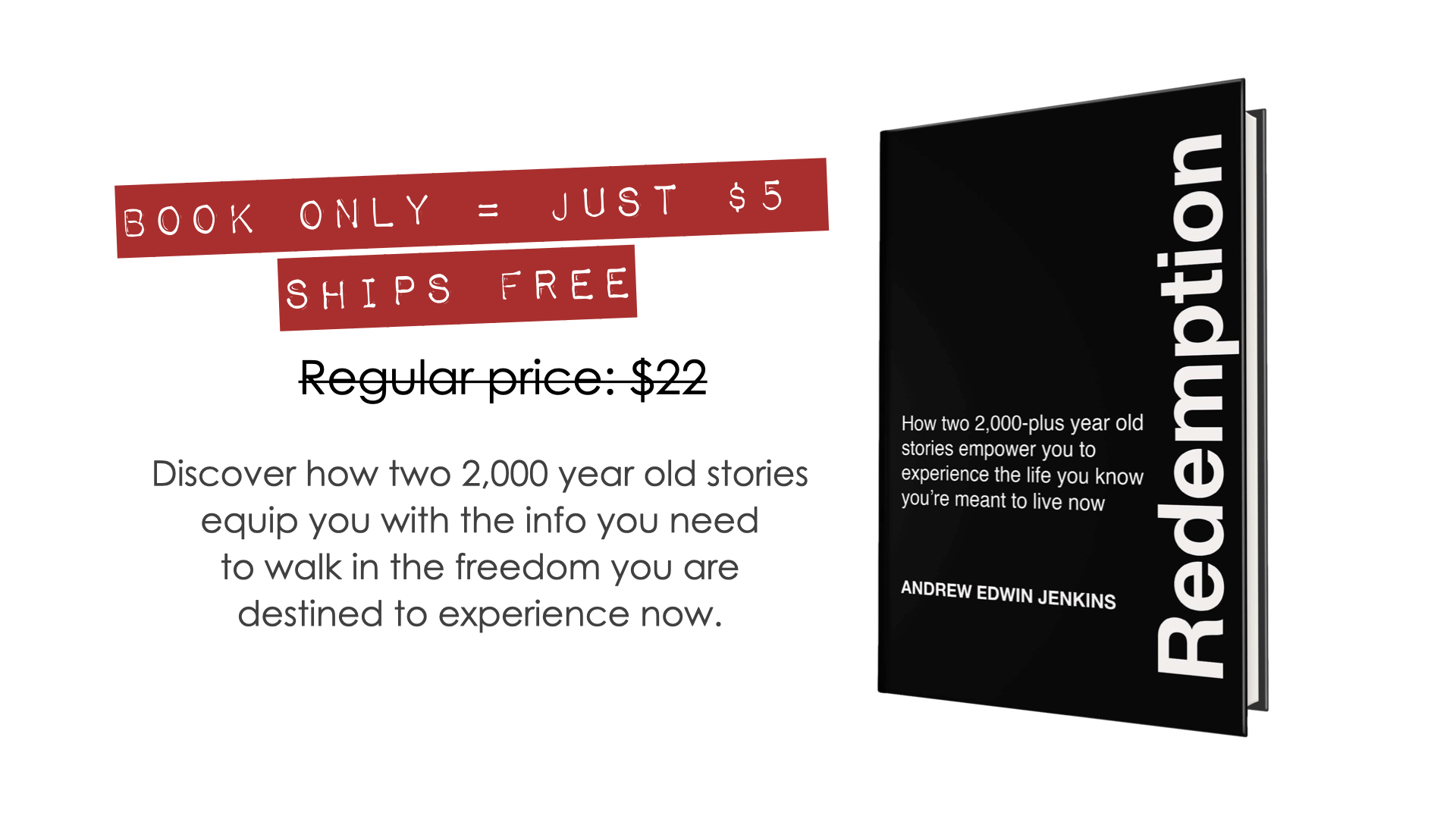 After you grab yours, I’ll send you a few emails with audio teaching and video trainings that highlight where to learn a bit more to dig a bit deeper on each of the seven areas Jesus redeemed you.

I did make time to hang with friends this week. Some weeks, I know, time passes and I look back and think, “Man, I wish I had captured a few moments in there…”

Monday, I was in Trussville for a work meeting, so I met my friend Randy at Ferus.

Tuesday, my friend Michael rolled over to the #hilltop and we sat near the fire pit. Turns out, he moved not too far away in the past year.

I finally made a deal with him: “I’m going to go for a run, and then when I get back we’ll go…”

There’s something precious (odd word to drop there, I know, but it describes it) about running on days when no one is driving, when there are less cars and clutter to steer away from.

And, though I know running is a FITNESS as well, I enjoy it. So it’s fun.

Some people like to hike. I don’t. It goes too slow…

Every Sunday afternoon I look back at the previous 7 days, while I sit down for my weekly review + look ahead.

Download a copy of the planner free, here: www.Jenkins.tv/FreePlannerPDF 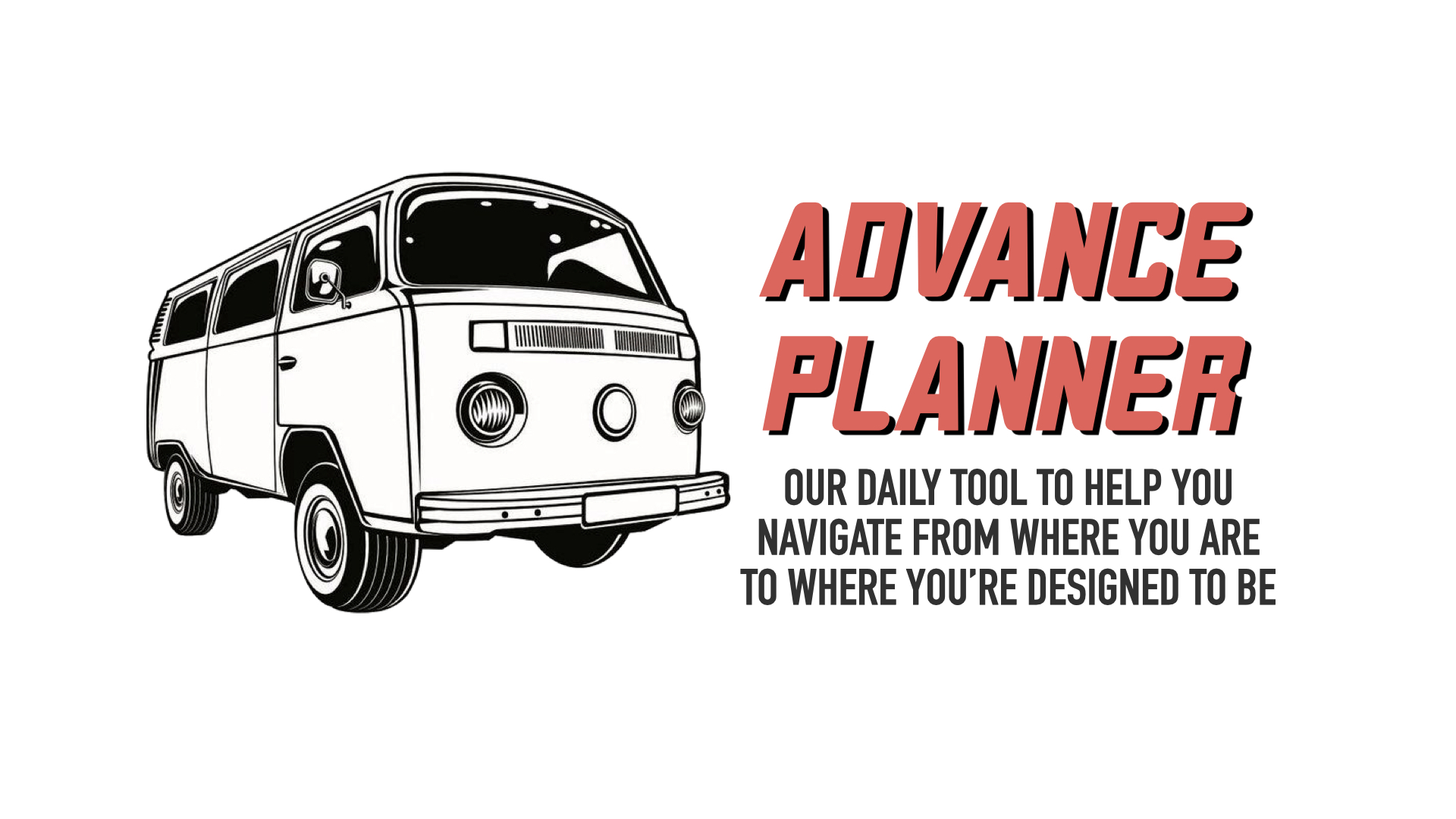