Video: How not to "lose" your healing

Some people are hoping for a miracle. That's their health plan. And, let's be honest, sometimes that's exactly what's needed- a miracle.

However, even if a miracle comes, you'll need to manage it, to steward it... in the same way lottery winners have to manage their money.

Ask the tough questions with me... 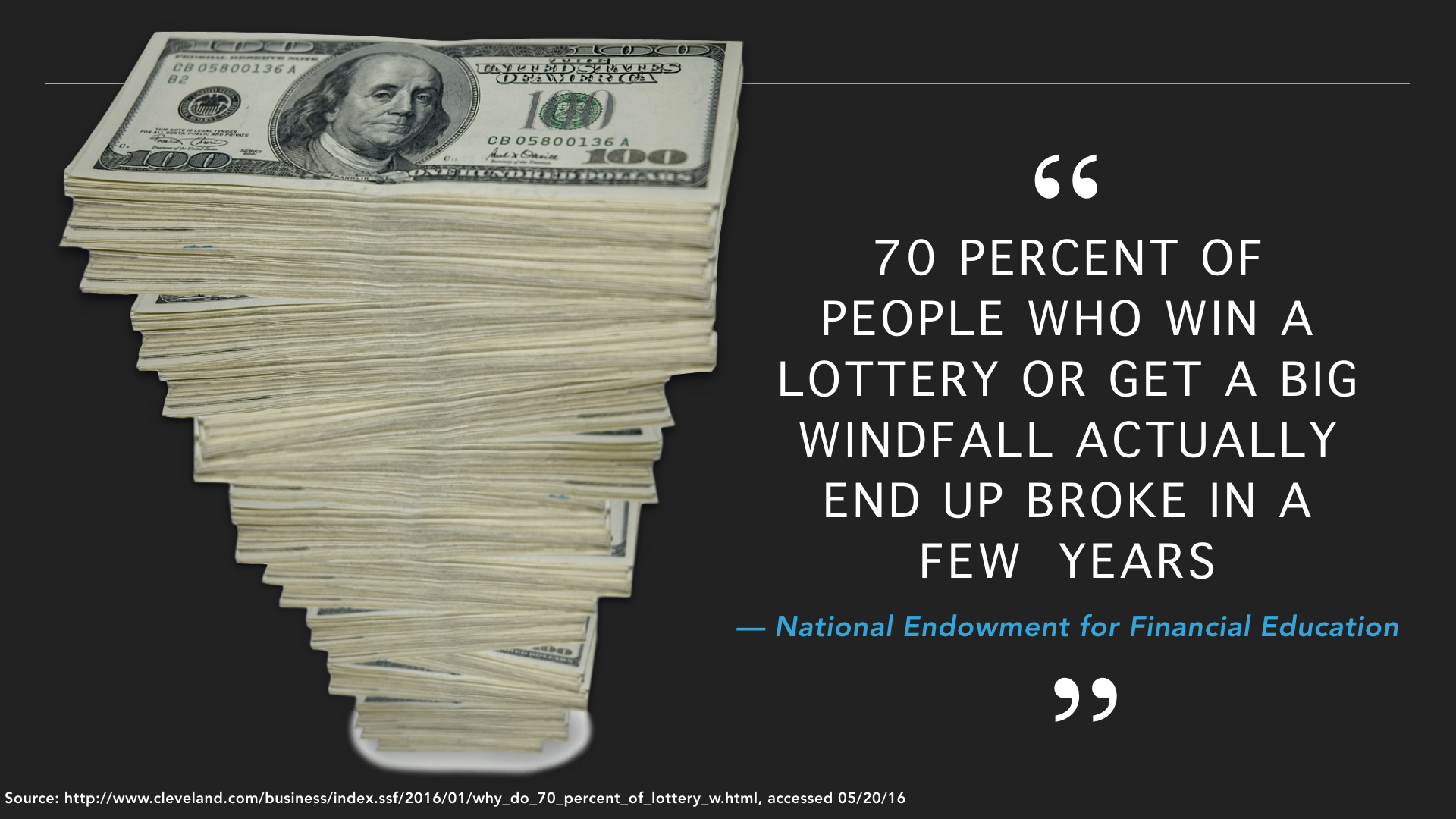 I don't know about you, but I've seen people healed of something- radically, miraculously- and then watched it all go away. It's almost as if the healing never happened. Honestly, I struggled with this concept for a few years.

Why does the healing disappear?

I was watching an ESPN documentary about professional athletes- how many of them earn incredible sums of money (in the millions, overnight!), only to lose it within a few years. I've seen the story over and over in the headlines. It's almost like you can write the script every time draft day rolls around:

Broke college athlete signs major contract, lands endorsement deal from sneaker company and cereal maker, then ends up living just above the poverty line once his / her run at sports is done...

In other words, both the athlete and the lottery winner have one thing in common: they received a financial miracle- an iaomai, to use the word for miraculous healing we see in the New Testament.

But, they didn't steward what they received. They didn't walk out the miracle with therapeuo, that is, with a lifestyle of financial health and wellness.

(Therapeuo is the word used in the New Testament to denote intentional living, lifestyle choices, that fall in line with living well... In other posts on this site I've explained that sometimes Jesus "instantly" healed people- i.e., they won the health and wellness lottery; other times He "taught them to be well-  that is, sometimes He iaomai them; other times He therapeuo them.)

Let's make sense of it- my best guess

Here's what I think:

(That said, let's be clear- we never blame someone when a miracle doesn't happen. Nor do we blame them if some prior health condition returns. Sometimes, there are variables we just don't have answers to...)

Think about it this way, though. Doctors are saying that 90-95% of what we once thought of as genetic diseases (read: cancer, for instance) can be attributed to environmental factors...

Even how we think!

You see, a financial miracle won't last long if you don't steward the resources; a health iaomai won't last if you don't therapeuo. They both work together to create the best possible outcome.

So, I'm wondering now about some of the instances where it seems that people "lost" their healing.. maybe it's not that the healing didn't happen (as some people say when they try to explain it all away)- and then it just disappeared. Maybe, just maybe (and no condemnation intended here, OK?), it's important to "walk out" what was received... to manage it, to steward it.

Let me give you the flip side...

About ten years ago, Cristy and I found ourselves in about $50,000 in consumer debt. Student loans. A car. Some credit cards...

Someone who attended the church where I was on staff sent me to a financial conference. Looking back I know it was a God-send, because that business man who sponsored my trip had no idea what Cristy and I were dealing with at home (he just knew I was a young, broke pastor with a few small kids!). And, that conference had a ripple effect of positive implications for us.

"We're getting out of debt," I told Cristy on the phone while I was away at the event. We had never talked about that before. It always seemed impossible.

I explained the debt-snowball and a few other factors we were taught. I promised her that we could do it in 10 years- mortgage and all- if we started now.

So that's what we did. We diligently began paying our debts... for about 2 years....

Around the 24-month mark, we actually sold our house. The real estate market spiked in our area and, overnight, our property value increased to 2.5x what we originally paid. We sold and were able to pay off ALL the consumer debt, as well as renovate the next house for cash...

It was a financial iaomai.

I'm convinced that miracle came because we had been stewarding the money we'd been given for the previous 2 years since that conference. In other words, we had walked financial therapeuo.

It works both ways in health, too

I saw the same thing in my health journey. Just a few years ago I was 35-plus pounds overweight. I was stressed out, racked with digestive issues, my bones were (literally) creaking when I walked at night, and I was aging way too fast...

I didn't realize how sick I actually was until I simply decided to lose weight- purely for cosmetic reasons. As I began losing the weight, though... by exercising... by sleeping more... and by eating right... in other words, as I began to therapeuo... some strange things happened.

You see, in the same way that our financial stewardship created an environment where a finacial miracle could happen, so also did my health journey create an atmosphere where a miracle could find a home.

I honestly believe that if I stopped doing the things I did in the beginning of my health journey... if I "quit" the therapeuo... in time, the iaomai would disappear. And, all the conditions I experienced before would return. 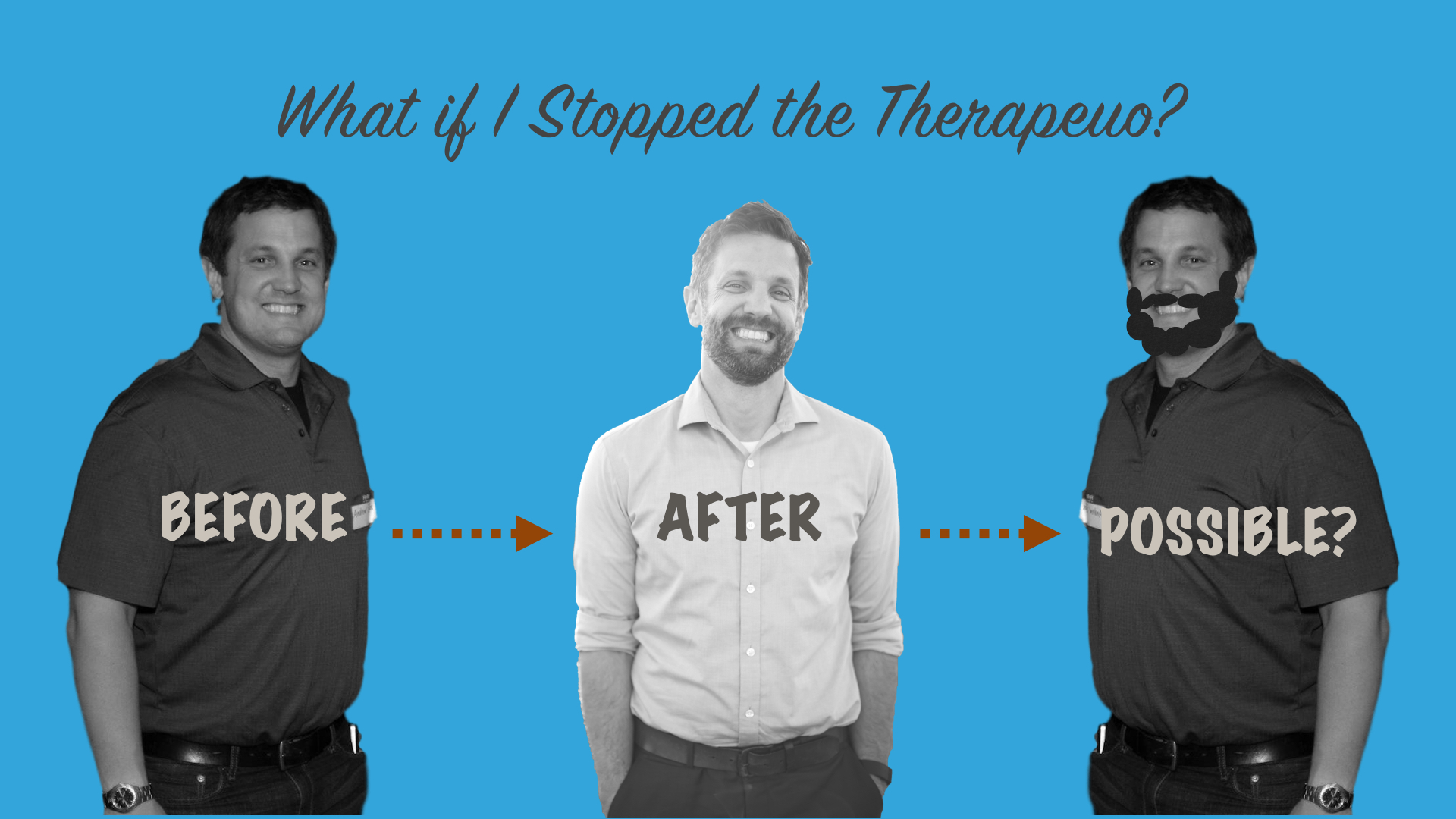 I'm telling you- it works both ways. You can accelarate a miracle (an iaomai) by walking in health... and, you'll definitely want to continue choosing health (therapeuo) to steward the miracle you're given once it comes.

"Lost" a healing- or no someone who has? I think reclaiming it is as simple as the one-two punch of...

Think about it. If God did it once, He can certainly do it again. And, I know He doesn't want you sick- you've got an amazing destiny. You've got to be well to give the gift of all you've got to this world!

Haven't lost a healing (iaomai), but need one? Manage the miracle- even before you see it. Choose therapeuo now. Many times, that actually accelerates its arrival :-) 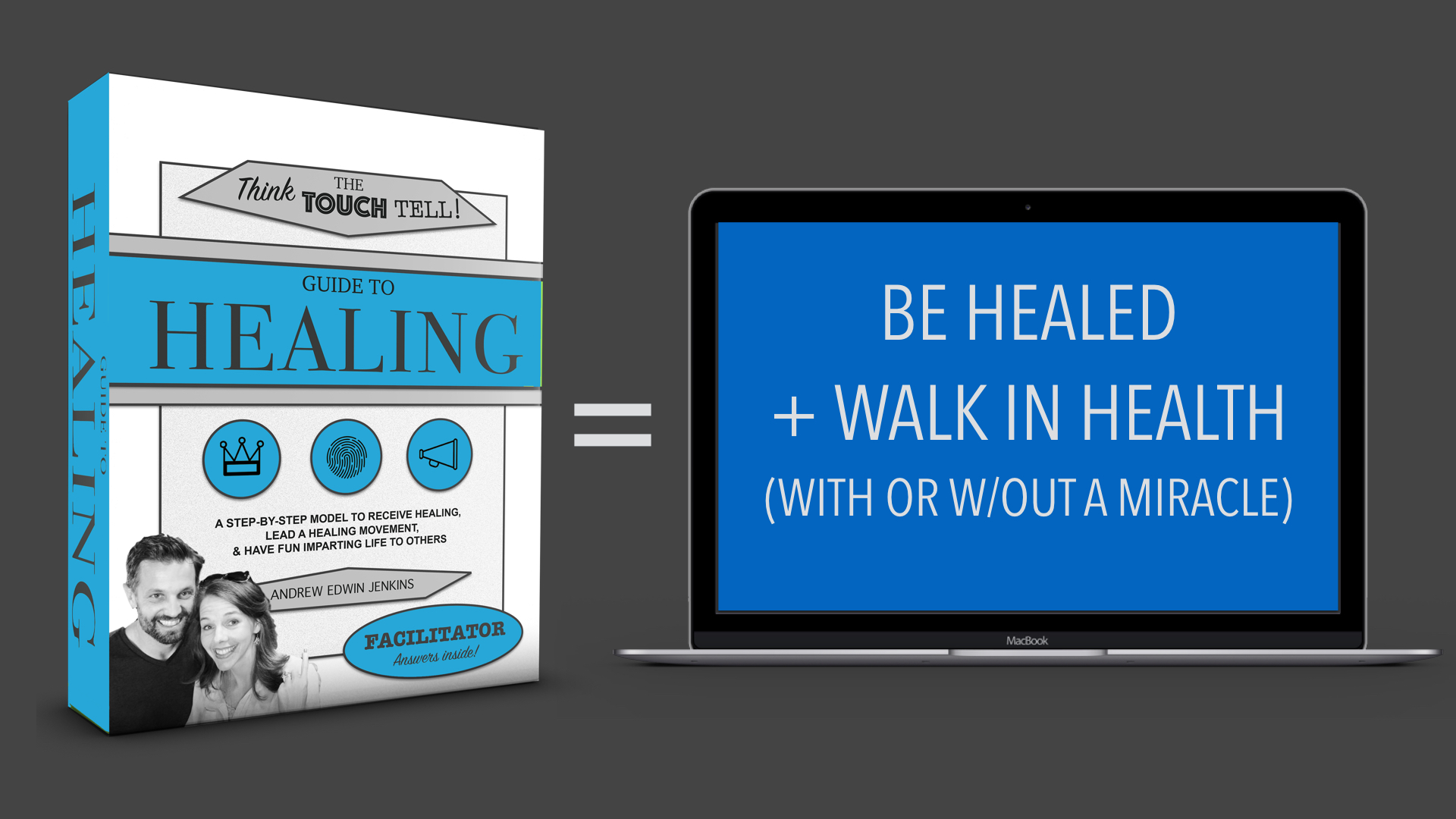