Video: The "secret" the healing evangelist taught me about the Holy Spirit blew my mind

I thought the Holy Spirit was temperamental. Tidy. Reserved. And that we had to act a certain way in order to see the Spirit move. I thought we might "move" in the wrong way and cause the Spirit to exit the building. Turns out, I was wrong. Here's something I learned from the healing evangelist.

The strangest thing happened on a “Christian TV station”  one night (I know- I thought only people could be “Christian,” not music, books, stores, clothing lines, and even station stations… but… alas… a “Christian station” is a cable television network chock-full of televangelists, prayer cloths, and commercials with starving kids that you can save right now for less than the cost of a cup of coffee per day). OK, I exaggerated a bit on that, but you get the idea... yes, there is a station full of this stuff!

Here's what happened: a well-known evangelist (you'd know him if I mentioned his name, described his hair, or detailed the kind and color of suit he was wearing) stood in the middle of a stadium, winding down his sermon. He was at the part where he was giving people "words" and praying for healing.

Disclaimer before I go farther: I believe in miracles and even teach a workshop about healing (www.TheHealingWorkshop.info) and the fact that we see excesses and abuses doesn't mean the pure reality of the Kingdom doesn't exist.

So the evangelist notices that everyone he's touching is coming from the main floor- and from the lower seats in the stadium. It’s back to that real estate adage: location, location, location. In this instance, closer to the stage means you’re closer to all of the great stuff happening up front- and that you have more access to it.

The evangelist ponders the situation and comes up with a quick solution. He looks to the upper deck and tells them, “You need a touch of the Holy Spirit, too.”

As if he were standing over home plate and staring down a powerhouse pitcher in the bottom of the 9th with bases loaded, he cocks back an invisible bat and thumps the the Holy Spirit into the upper deck. HIs shot is evidenced by people falling backwards, tumbling around, and exclaiming they've been touched by the presence of Heaven itself. 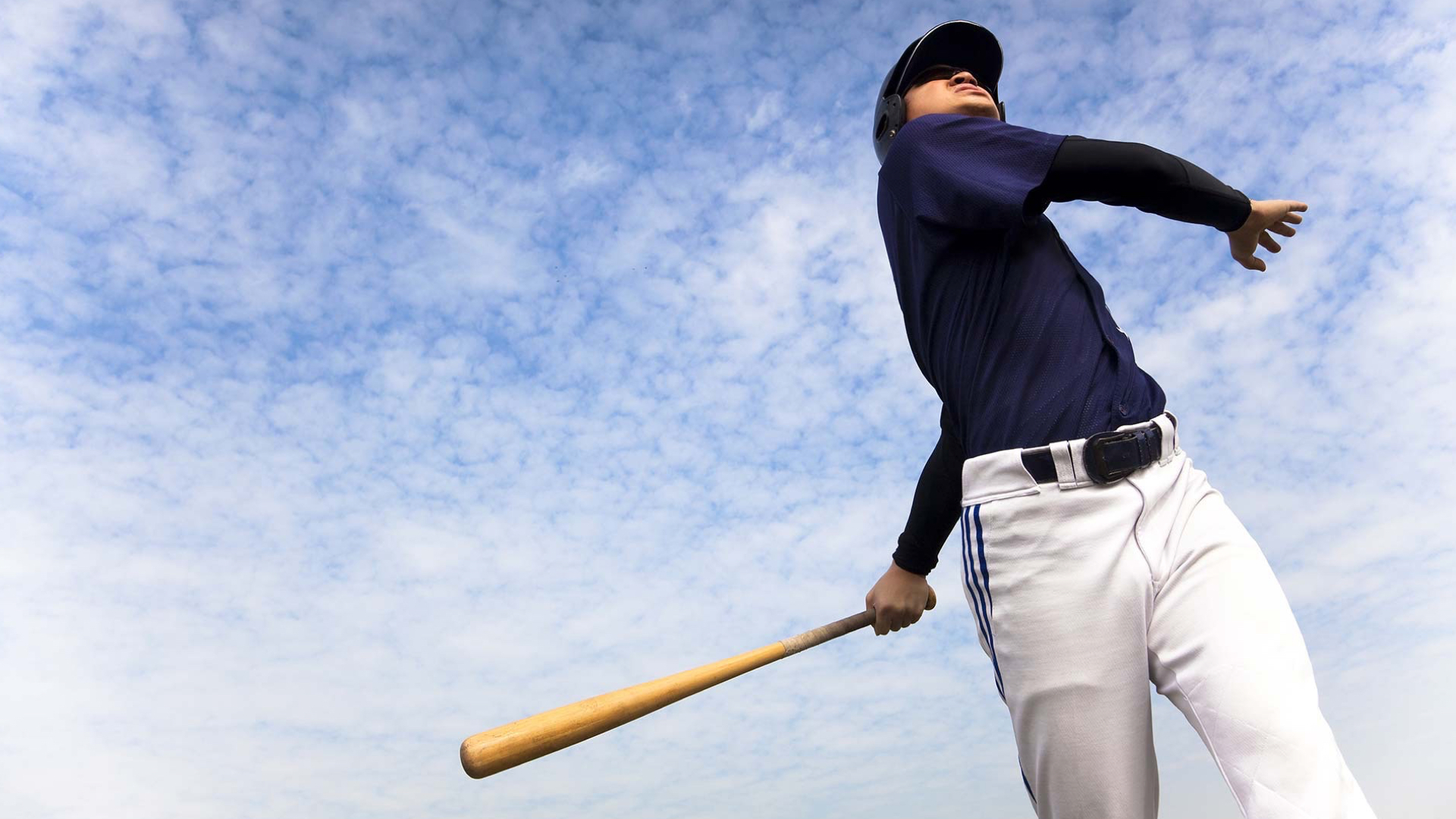 Can you really “bat” the Holy Spirit like a baseball?

Now, I have a friend- a pastor- who used to travel with this evangelist. One day while we were shooting a video, I asked him point blank: "Did you ever see anything like that?"

He paused. I could sense and honor in his demeanor even if he, like me, wondered about things like swatting the Holy Spirit into the upper deck of the stadium like you were taking batting practice with an invisible entity.

"I learned this through all of that... that the Holy Spirit is so desperate to express the affection of the Father that He will do anything you want Him to do to love His children..."

Kent explained that God will always "back you up." He continued, "If you want to pray healing for that person, do it... If you want to give someone a word of hope or direction, the speak and He'll fill your mouth..."

His words were freeing. You see, I've often wondered things like:

Over the past few year (since we released The Healing Workshop and began posting more videos about total health + healing), people regularly ask me to pray for someone or record a video message on their phone for a loved one. About 4 weeks into all of this, something inside me clicked: Now, many times, when people ask for prayer for a loved one, I'll ask for their phone, record a prayer, and let them take it with them. That way they can watch it over and over (or listen), and the person we're praying for can be "present" as well- rather than just hearing that someone prayed for them. Sometimes, I record a prayer. Sometimes, I just give someone direction as to what the Lord speaks to me in the moment for them...

Do we really get to decide?

There’s an interesting story in the Old Testament about Jonathan and his armor bearer. Jonathan was King Saul’s son and lived in Israel during a time of intense Philistine occupation.

Jonathan and his armor bearer separated from a group of about 600 soldiers, found themselves encroaching upon a Philistine encampment, and made an interesting proposition (see 1 Samuel 14:1f.).

“Let’s see if the two of us can beat the enemy?” they surmised.

And- “With God it doesn’t matter if there are a bunch of us or just a few… it’s all on His power, anyway.”

Then they hatched the perfect plan to see if they should follow through with this idea:

“We’ll show ourselves to them,” they agreed (14:8f.). “If the Philistines say, ‘Get out of here,’ then we’ll know we need to run for it! On the other hand, if they say, ‘Come up here and fight like a man!’ then we’ll take that as a sign from the Lord that He’s delivered them into our hands!”

Oh, it gets better. This happened during a time in which the Philistines had taken all of Israel’s weapons. They couldn’t even get their farm tools sharpened without going to a Philistine, as all of the blacksmiths had been forced to close shop (see 1 Samuel 13:19-21). The Bible actually reads, “There was neither sword nor spear found in the hand of any of the people with Saul and Jonathan” (13:21 ESV).

Apparently, Jonathan and Saul had the only two swords left in the kingdom.

Here’s what’s interesting about Jonathan’s “halp-hazzard” plan: God backs them up! They kill twenty soldiers within moment (14:14). Then the entire camp begins to panic. Officers and leaders of garrisons begin trembling (14:15). The earth actually quakes (14:15).

Within a few moments the Israelite army that Jonathan had left sees what’s happening and watches in amazement as the Philistines begin killing each other, amidst all this confusion (14:20). And, the Israelites who had hidden in their fear become courageous and begin pursuing the Philistines who flee (14:22).

Even in the New Testament

Now, lest you think this is just an “Old Testament” thing- something from back in the days when ax heads floated (2 Kings 6:1-7), when giants went down with a single hit from a slingshot (1 Samuel 17:1f.), when starving lions closed their mouths to honor the prophets (Daniel 6:1f.), let’s look at the New Testament….

Turns out, Christianity started as a Jewish movement. Jesus was Jewish, the disciples were Jewish, the early Christians celebrated the Jewish feasts like Passover (when Jesus was killed) and Pentecost (when the Holy Spirit first descended in Acts 2). Halfway through the book of Acts, though, the movement is gaining momentum in non-Jewish (read: Gentile) communities.

The question arises: How Jewish do Gentiles need to become in order to be Christians?

Do they need to be circumcised like Abraham and every other Jewish male since his time? What about certain meats that Jews don’t eat- should they stay away from those?

The leaders of the leaders convene to discuss the question in Jerusalem, the Jewish capital. After debating it for a few days, they basically say this: “It seemed good to the Holy Spirit and to us…” (Acts 15:28 ESV, emphasis added).

Not it was. Not it is. Not definitively. Not absolutely…

Now, mind you, they’re talking about salvation. They’re not debating what they’re going to have for dinner. They’re not talking about whether they’ll celebrate the Passover again next year and if the wine should be grape juice or alcohol or any other “lighter” theological issue. They’re pondering whether or not these people are “saved.”

And the best they can come up with is, “it seems like this is a good idea…”

Turns out, they only have three suggestions:

The closing of their letter is low-key, too: “If you keep yourselves from these, you will do well. Farewell” (15:29 ESV).

Here’s what’s even stranger about this one. Paul later tells the Corinthian church not to worry about the meat sacrificed to idols. Just don’t make it something that causes others to stumble (see 1 Corinthians 8:1f.). In other words, the only requirement that remains in his theological box is sexual fidelity- and he probably upholds this one because it is the relationships that mirrors the relationship Christ has with His Church (see Ephesians 5:29-32).

(For more on this see episode 11 of the podcast: https://www.overflowfaith.com/blog/11)

What does it all mean?

It means that we have a lot more freedom than we typically think. No, I’m not arguing for “batting the Holy Spirit” into the upper deck of Dodger Stadium. The Holy Spirit is… well… holy. There’s an aura of honor that needs to envelope anything we do.

At the same time, if we’re walking around on eggshells, constantly worried that we’ll blow up a landmine… well… something’s wrong on that extreme, too?

The truth in that God gives us massive amounts of freedom. There are so many things we get to decide.

Yet, if we step up… just like the pastor explained to me… in his words, “God will back you up.”

He does. Always.  Every single time. It's never back-fired.

Why? Because I'm seeing that this doesn't depend on my and my skill set- anymore than your ability to love and bless others depends on your skill set. Yes, we get better with time and practice (and we should practice and continue learning, for sure). But, the outcome isn't dependent on my ability (or yours).

The outcome is dependent on the already-resolved and already-proved reality that our Father desperately (to use Kent's word) cherishes and adores His children- and that He willingly uses our hands and our voices to express Himself to them.

And that's what I learned from the healing evangelist.