Back in 2014, a child-therapist my family visited for a season described stress in a revealing way. Kristen, the counselor, likened our souls to balloons…

(Yes, I have a lot of experience with counselors!)

“You can blow a balloon up,” she said, moving her hands larger and farther part as if an expanding party-type of balloon rested between them. “At first the balloon is fine with the air you blow in…”

She emphasized the word fine, highlighting that things were about to not be fine. Her hands continued moving further apart, demonstrating to us that our imaginary balloon between them was enlarging.

“At some point, the balloon reaches max capacity,” she continued. "Then we have four options.” She described the first three scenarios, explaining—

1. You continue adding air to the balloon, thereby causing it to explode. This happens to some people. They— seemingly overnight— explode. They “flip their lid.” They lose it.

But, the outburst you see isn’t the result of the final air pushed inside the balloon. The added tension is merely the “final straw” to break the camel’s back. 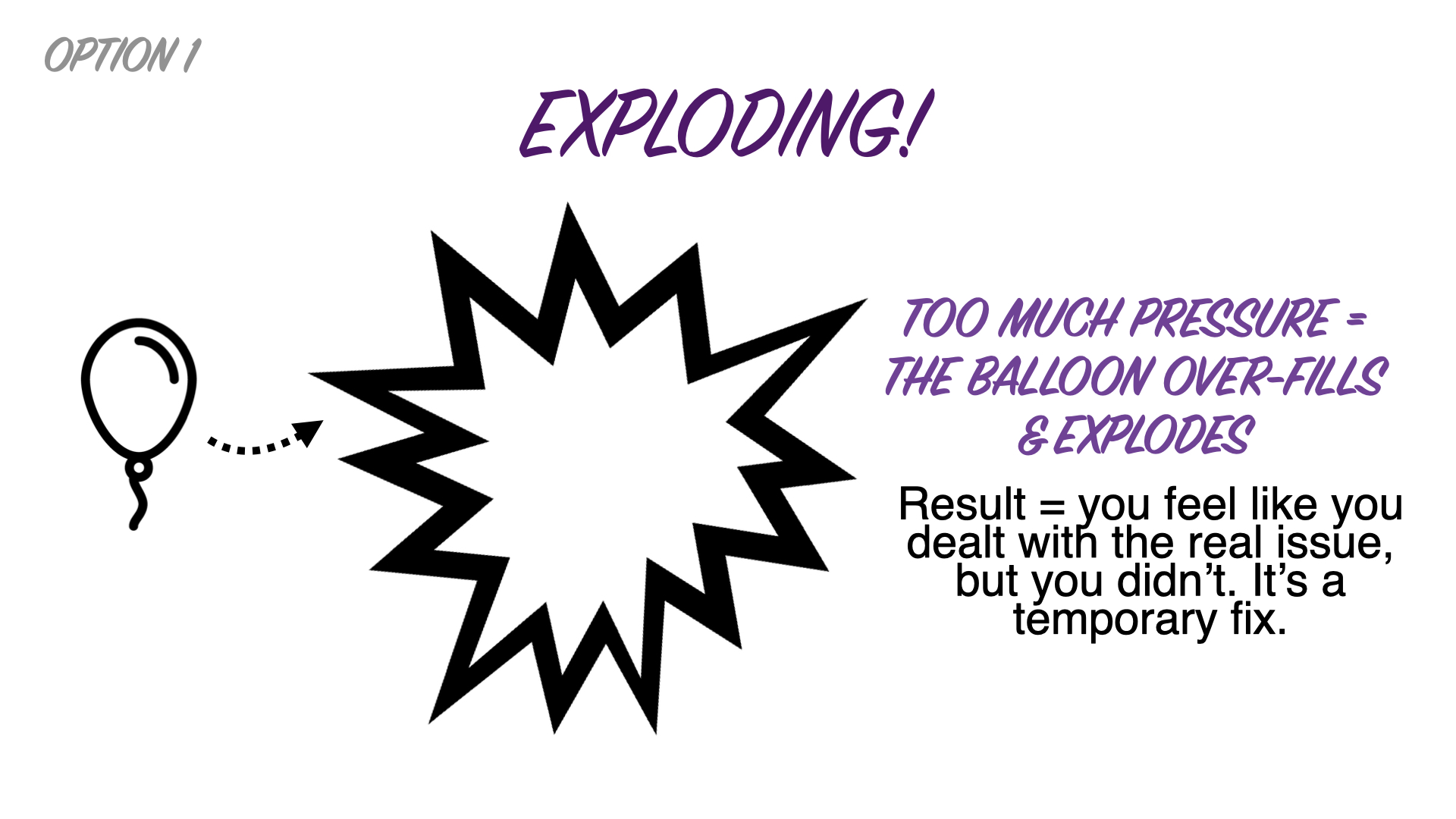 2. You squeak and squeal the balloon, shrilling a sound that lets you know something is not right. I’m sure you’ve met people like this— people who seek to dominate tough situations by complaining, acting caustic, or exerting control over others.

They’re often battling an unseen enemy— or enemies— you know nothing about. Many times they still stand face-to-face with the enemies of their past. 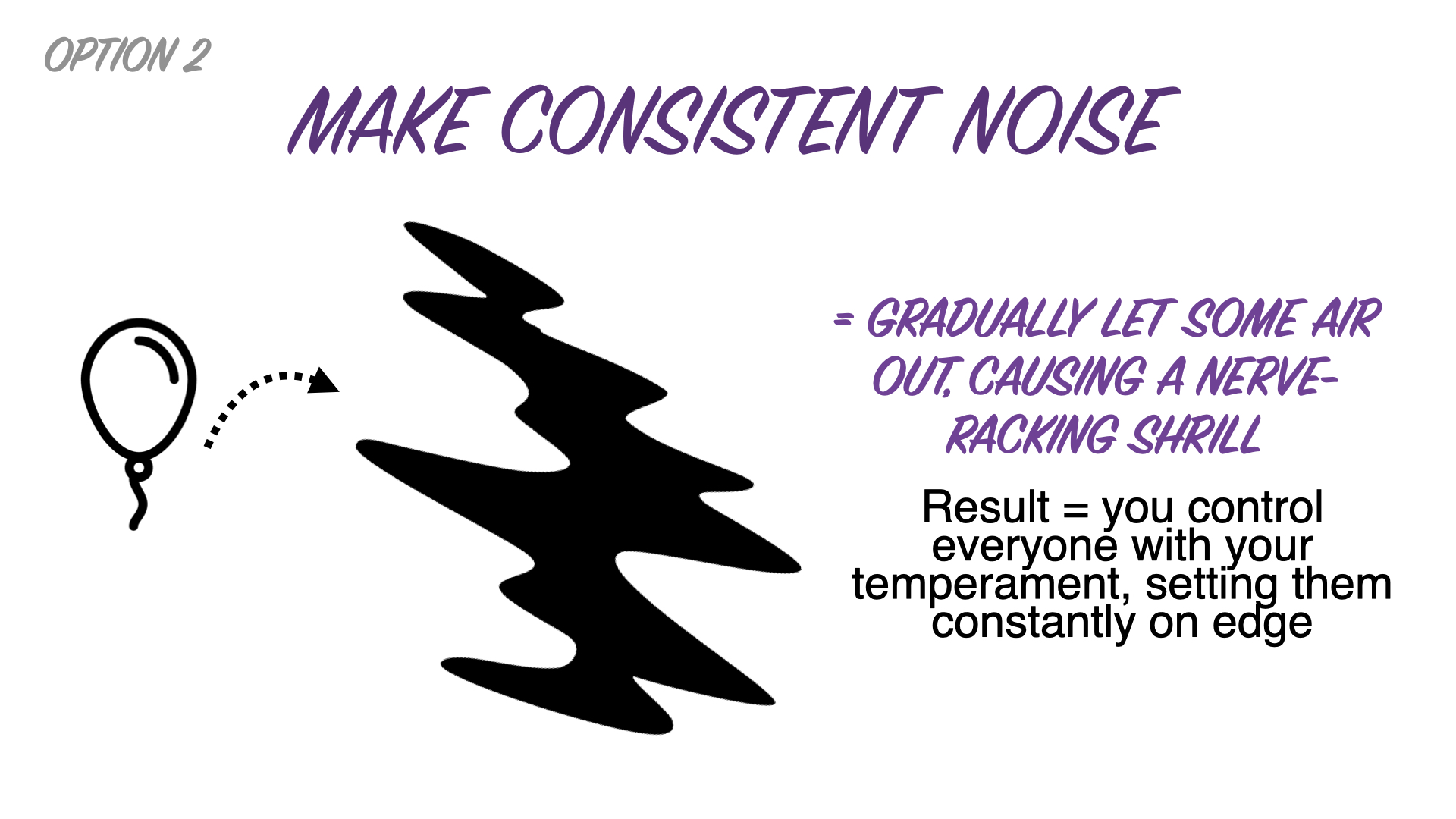 3. You “let go” and watch the problem fly away (read: hide). People like this are the proverbial “take my toys and go home” pouters.

Unskilled in conflict resolution, they simply leave. Many times, they take flight— as in the “fight or flight” response commonly associated with PTSD (see chapters 8 & 9 of Soul Wholeness). 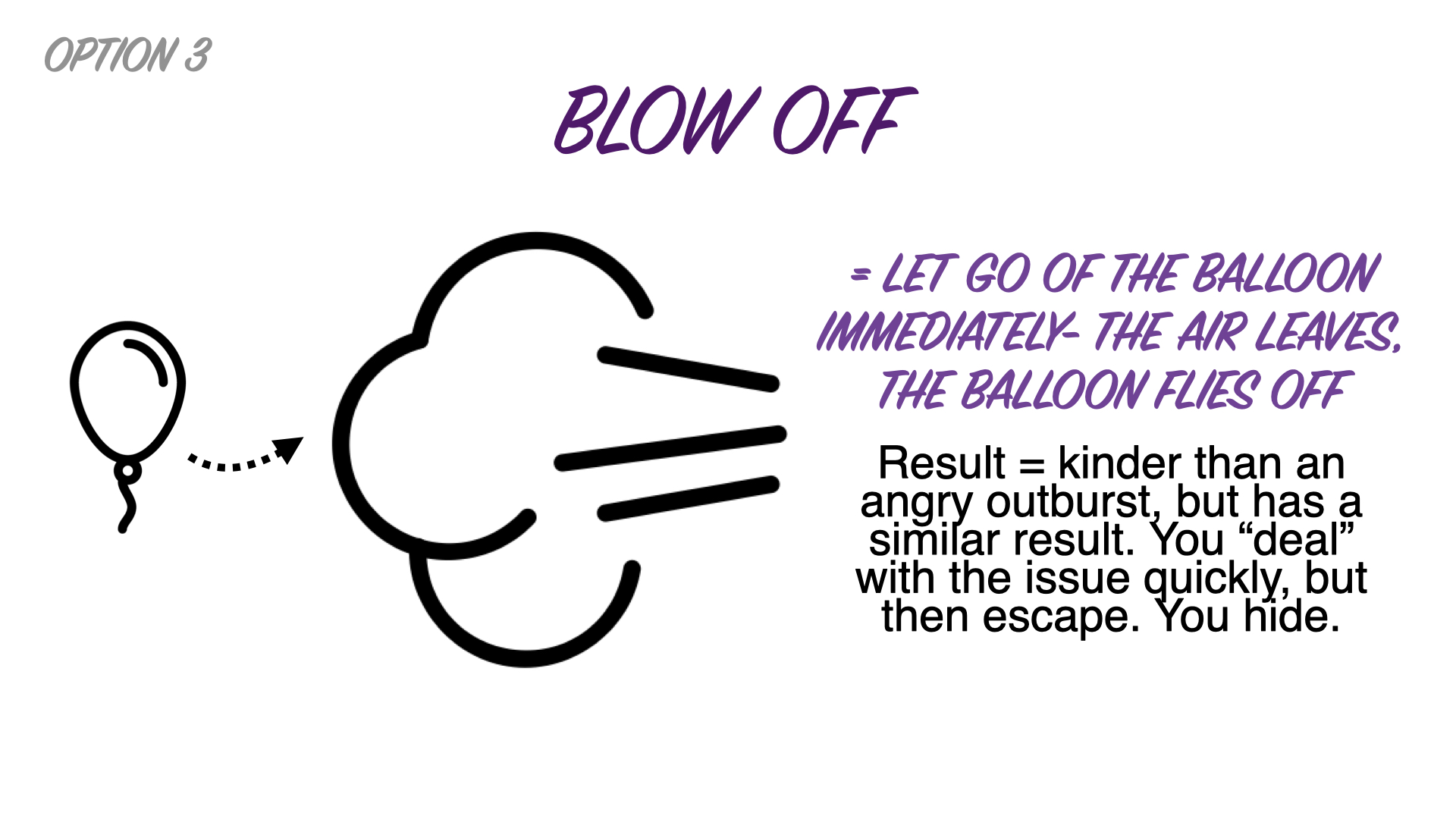 When my kids do any of the three with an actual balloon, my anxiety level escalates. The anticipation of the pop, the shrill, or the flying object is enough to drive me to the edge of the cliff alone.

Kristen didn’t pop the balloon. She shrieked it. She created that high-pitched fingers-on-chalkboard sound for a few moments.

“These three options are how most people generally deal with stress,” she said. “Rarely do people have the self-awareness to just step back and a do the fourth option— remove some of the air, and let the balloon subsist at a comfortable level which maintains margin.”

“Seems like that would be the healthiest option,” I said. “I’ve learned by now that there’s always something going on, something in life which requires that margin. We always think stuff will settle down, but there’s generally always another stressor just around the corner.” 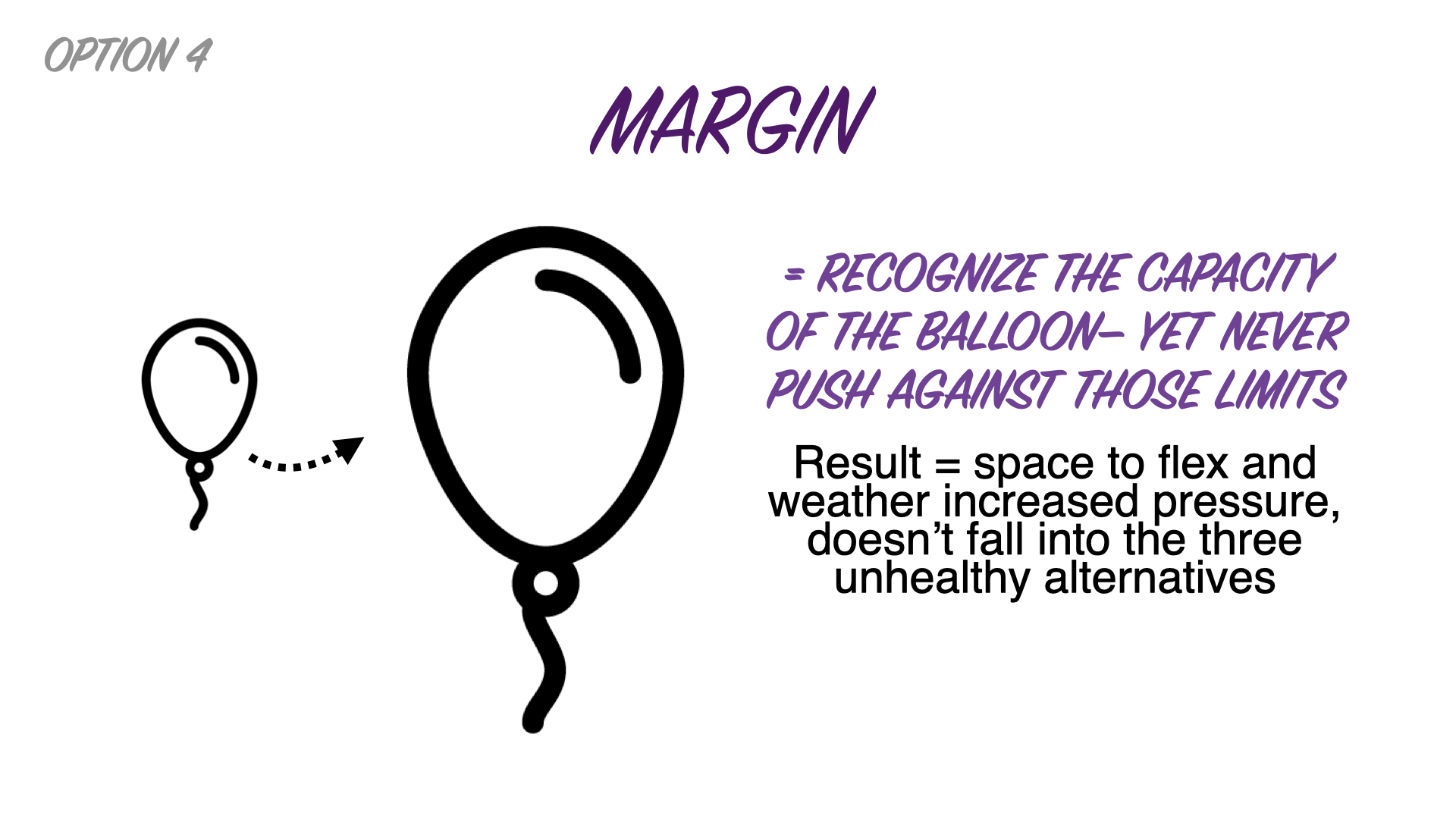 I thought back through the past few years. Seems like we moved from one crisis to the next. I always thought something like, when we get through this one, it will get better.
Crisis seemed to be constant, though. We would push through one bit of chaos, live a week of ease, and then something else always came up.

I thought it was just me. Turns out, it’s like that for most people. A lot of people have a permanent ticket to the struggle bus.

The irony is that, at the time I learned this from Kristen, I worked 60-80 hours a week. I tag-teamed carpooling to multiple therapies each week for my kids (most of which I did alone), and we had the kids involved in sports. Oh, and we had just launched our essential oil business (which, as fate would have it, became our financial life raft during yet another chaotic season).

As I relayed much of this to Kristen, she concluded, “You’re living at your stress ceiling, your wife is operating well above hers, and your son is clearly pushing the limits of his…”

I Iocked-on to something she said: “The unhealthy ballon does one of those three things— it explodes and is done, it shrills and gets everyone’s attention for the long haul, or it blows off and retreats to some random place…”

I was there to talk about one of the kids, but I received a lot of info about how adults operate. You see, a lot of us tend to exert control by shrilling (option 2).

This seems to be the modus operandi on social media. People say things on social feeds about others they would never say in person— they don’t have the guts to.

Shrills and shrieks garner a lot of attention, and they keep people paralyzed.

Or— “Look at all of the comments rallying behind that!”

(This happens to be Karen’s “go to,” as well as that of the political sphere lately. Your position doesn’t matter— just the fact you make a lot of whiny noise is enough. And the louder, the better.)

I tend to do what most guys do— the other two options.

Let me be blunt. Guys generally do two things when it comes to emotionally responding (apart from expressing ourselves in a healthy way)—

We get angry and explode (option 1). Then we expect normalcy the next day or sooner. After all, we got things off our chest and are OK now.

When’s the last time you remember hearing about a woman punching a hole in the wall?

We’re also adept at going numb, generally making a bit of noise as we scurry off the scene (option 3). Then we hide.

Rather than sitting on the side of the floor like an empty balloon, we tend to hide in drugs, hobbies, friends, or work.

Note: these behaviors aren’t gender-specific. Any of us can fall into any of these ruts. And, we may choose one or the other, depending on the situation.

Well, let’s go back to the main idea of this video:

Emotions are part of who we are. If we don’t find a healthy way to express them, our feelings “come out” in unhealthy ways.

Rather than reacting in unhealthy ways, we need to be able to:

2. Read what they’re saying (and not saying).

3. Respond in a healthy way that honors ourselves and the people around us. 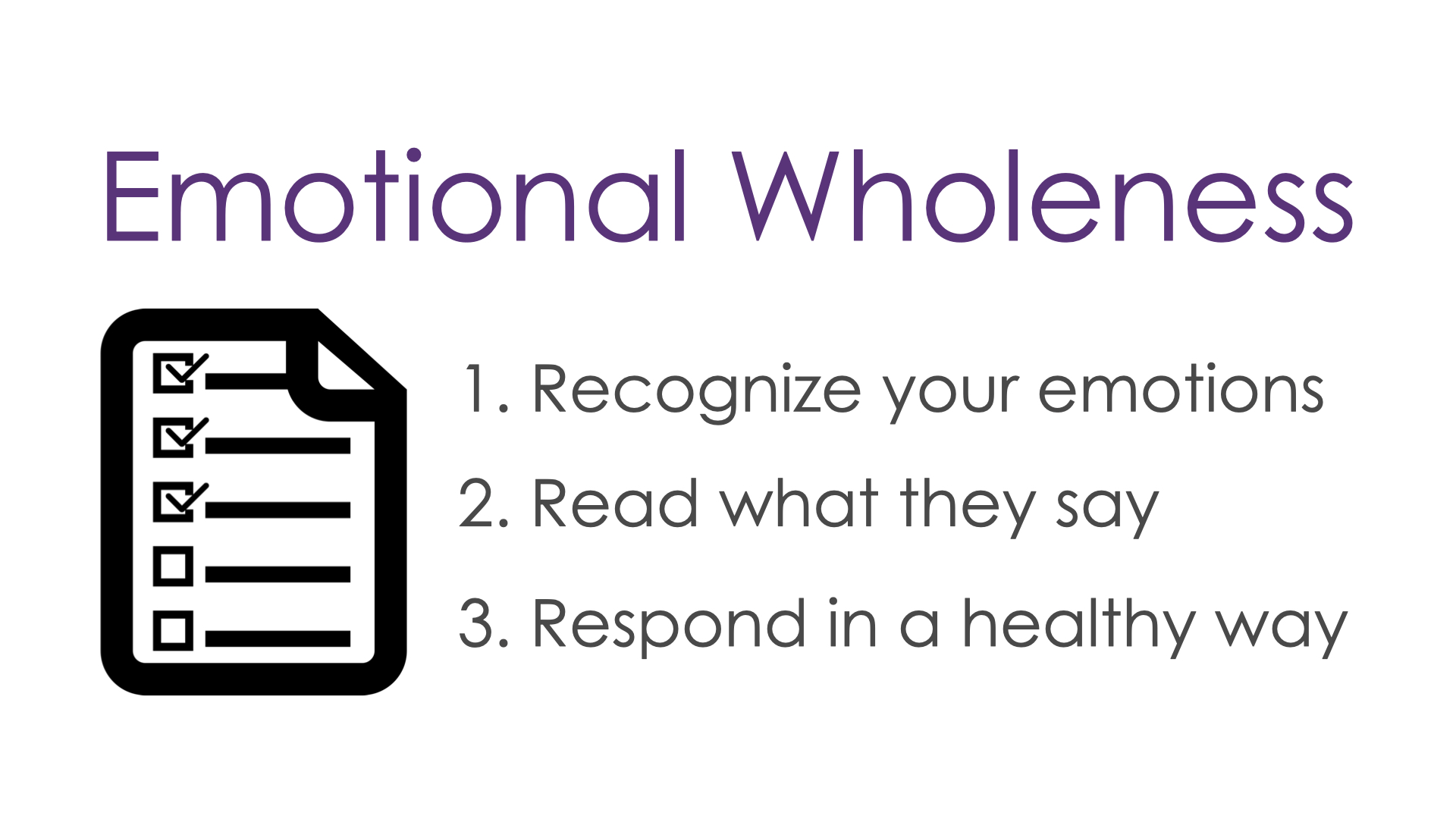 To that end, the truth that we’ll never be healthier than our emotional wholeness, something we explore-- with practical steps-- in the Soul Wholeness workshop. 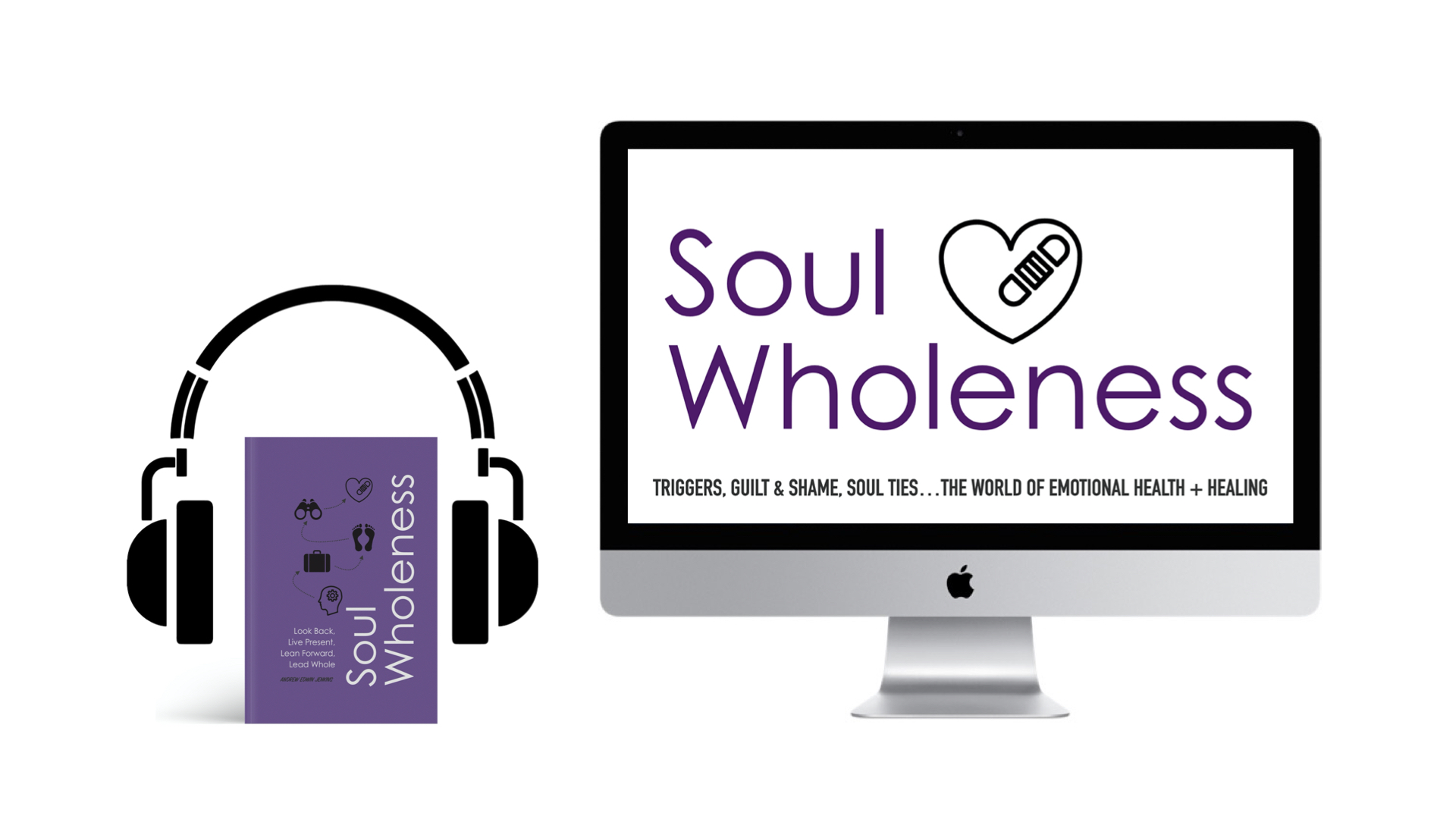