Video: Salvation isn't just for the future-- it's for now

In this short video we talk about how grace doesn't just change your eternal destination (i.e., what happens to you when you die), it also alters the ongoing experience of life now.

In seminary I learned about “the law of first mention,” a precept that tells us to really comprehend something in the Biblical narrative, we need to dig deep into the first time we see the word or concept introduced. To understand redemption and the redeeming work of Jesus, and to explore everything achieved by His blood, we need to travel way back through the Old Testament to the book Exodus. The story of Israel's freedom provides incredible insight into the life Jesus offers each of us.

And it was a freedom that was both comprehensive (it covered EVERY area of life) and "now" (they experienced it in real time and space-- not after they died).

The first time we see the word redemption used is in Exodus 6:6— when the Lord mentions that He will redeem His people.

God tells Moses to tell all of Israel, “I will deliver you from slavery… I will redeem you with an outstretched arm and with great acts of judgment” (6:6 ESV, emphasis added).

God refers to redemption in the future tense. It’s not yet happened.

This is the word He declared for Moses to communicate to the people: “You will be free!” That’s what God meant by redemption: freedom.

Or, to say it another way, “You’re destined to leave the shackles behind!"

To repeat, the first time we see the word appear is when God promises, “I will redeem— free— you from slavery!” He says redemption is a future thing He will do.

The second place we see the word redeem used in the Bible is Exodus 15:13 when Miriam begins singing after the Children of Israel walk through the Red Sea. She celebrates, “These are the people whom You have redeemed.” Whereas Moses heard about redemption as a future action, Miriam refers to it as a past event— as something which just occurred.

Clearly, the word points to the Exodus, to God’s deliverance of His people from slavery. 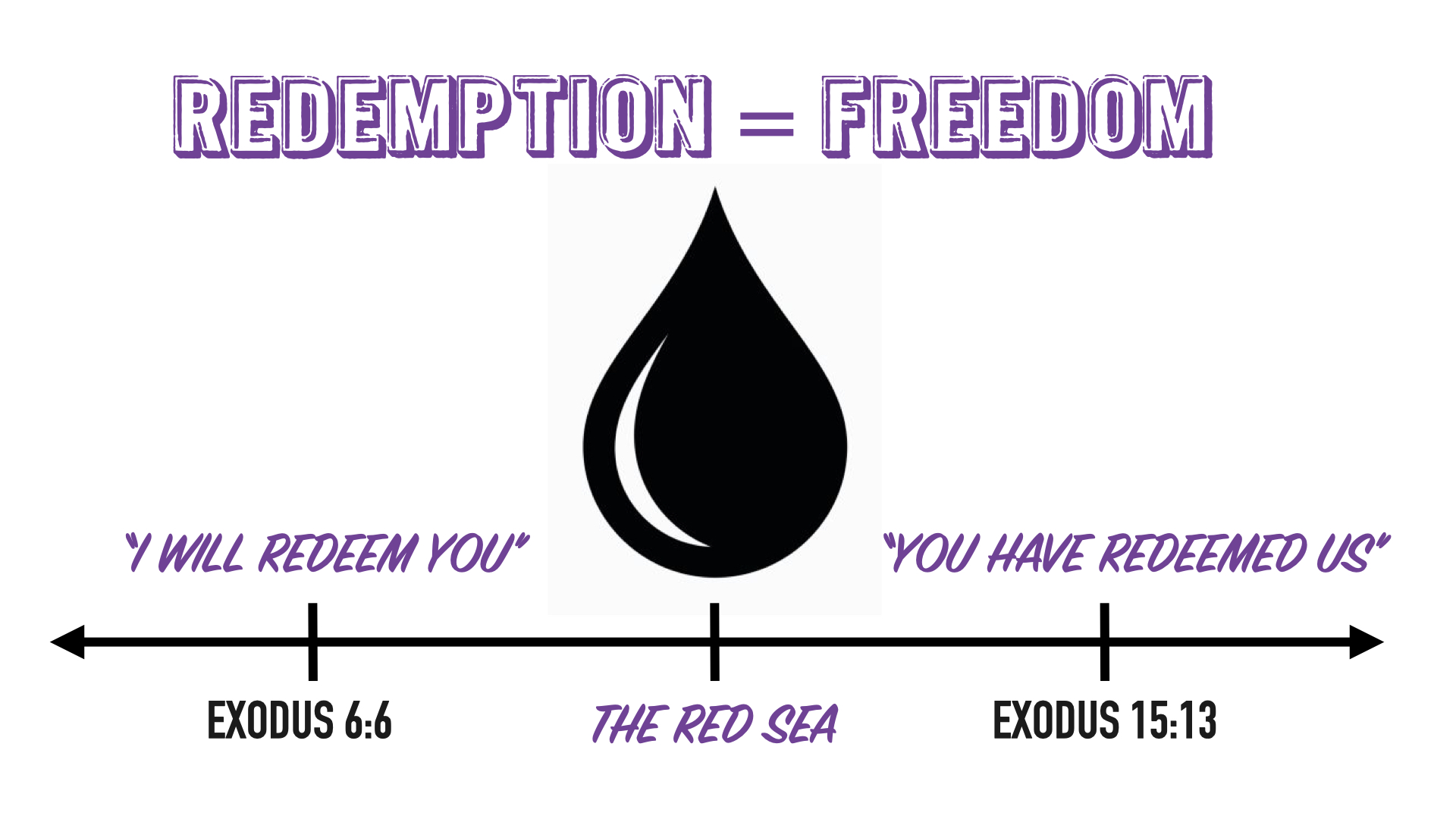 Fast forward another fourteen hundred years or so…

When Jesus is born, we’re told He is the Redeemer. That is, He is the One who brings freedom from slavery. Redemption is a word which links Jesus to freedom— to a freedom from the yoke of bondage. Redemption means “freedom.” And it means freedom now, not later.

Looking back at the life of Christ (in the same way Miriam looked back at the Exodus), Paul reminds the leaders of the Church at Ephesus that Jesus redeemed the church by His blood (Acts 20:22). In other words, because of what He achieved, something is now different. History has changed. Our destiny has been altered. We've been transformed.

Revelation 5:9-10 contains the lyrics a song being offered to Jesus, stating one of the key reasons He is worthy of worship. Namely, He redeemed us.

The saints all sing in one accord: “You were slain, and You have redeemed us to God by your blood.”

Total freedom = better than you were taught

Remember the verse we referenced from Peter, in the third paragraph of this chapter?

He wrote, “You were not redeemed with corruptible things, like silver or gold, from your aimless conduct received by tradition from your fathers, but with the precious blood of [Jesus] Christ, as a lamb without blemish and spot” (1 Peter 1:18-19).

Since we've been redeemed (freed), let’s discover each of the following:

The first question on the list is What are we redeemed from?

Most often, people answer with something like this: “Sin. Jesus redeems us from sin.”

The writers of the New Testament go farther, however. Jesus redeems us from sin— and so much more. In the same way that God didn’t redeem Israel from slavery to simply let them linger in the wilderness, Jesus doesn't just redeem us from the bad, He redeems us to our destiny.

(I know. That’s a lot of background info. I promise you… this is going somewhere.)

About the third or fourth time reading the Gospels and comparing each writer’s interpretation of the Cross to the Exodus event, I caught it: Jesus’ sacrifice at the Cross did far more than I had imagined.

Here’s one of the factors that helped me “see” it…

One of the authors I was reading side-by-side with the Scripture posed what seemed like a simple question: “Where did Jesus redeem us…?” That’s the second question on our list, by the way.

The obvious answer was this: “At the Cross.” That’s what I was studying, the Cross. That's what I was reading about. That’s the centerpiece of the Christian faith. It’s the event that changed all of history. “The Cross” is always the right answer, it seems.

The authors of several books I was reading at that time suggested that Jesus didn’t just redeem us at the Cross, though. I know. Bold statement.

Here’s the line of reasoning:

Rewind and review the second point. The place Jesus bled is important. That is, how and where Jesus bled actually reveals something as to the freedom(s) He grants us.

Bigger than the Cross

Peter says that we are redeemed by the blood of Jesus (1 Peter 1:18-19). He doesn’t say that we are redeemed “at the Cross.” Yes, it’s easy to just assume that he’s taking about the Cross. But, when we read the text we see something greater happening. Exploring this point provides our answer to the third question above— we see what Jesus redeems us to.

We are redeemed by the blood that Jesus shed at the Cross— and during the events surrounding the Cross. Peter emphasizes the blood, not necessarily the location of the blood.

Think about the blood of Jesus for a moment, and all of the places we see it in the Bible. He bled in seven unique places. 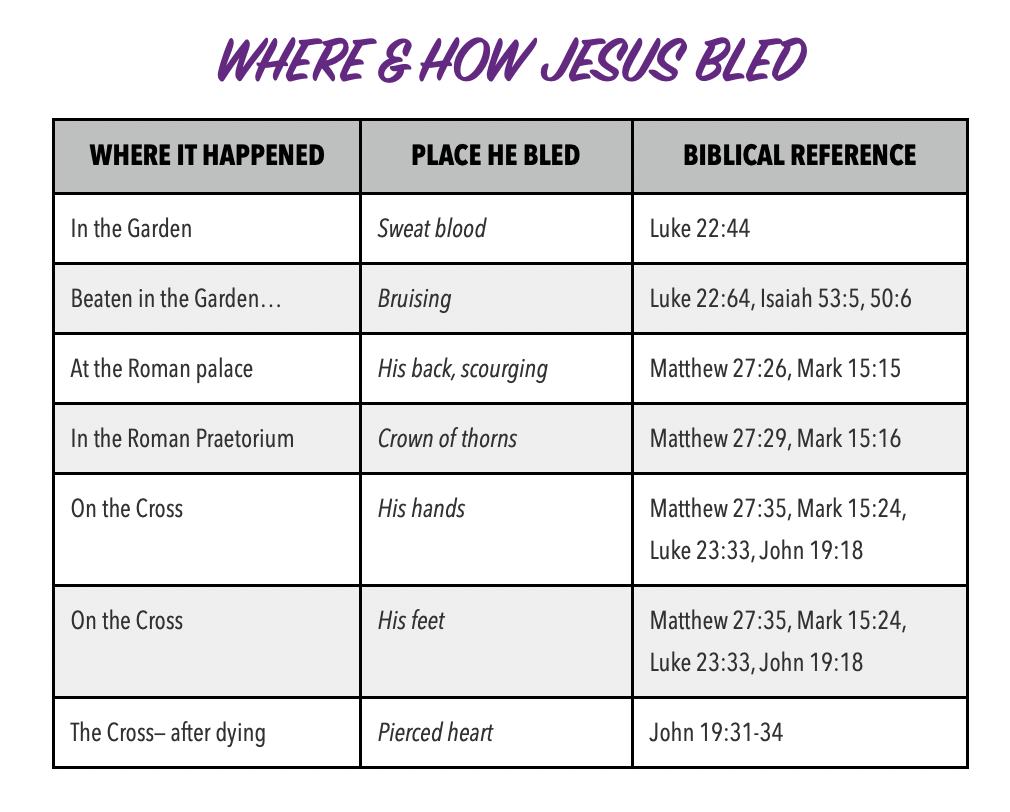 This doesn't minimize the work of the Cross at all. Rather, it amplifies it. Understanding the full scope of what Jesus did for us is like plugging the victory declared from the Cross into an amplifier. Jesus bled at seven distinct places— not just one— and each place brought another degree of redemption... 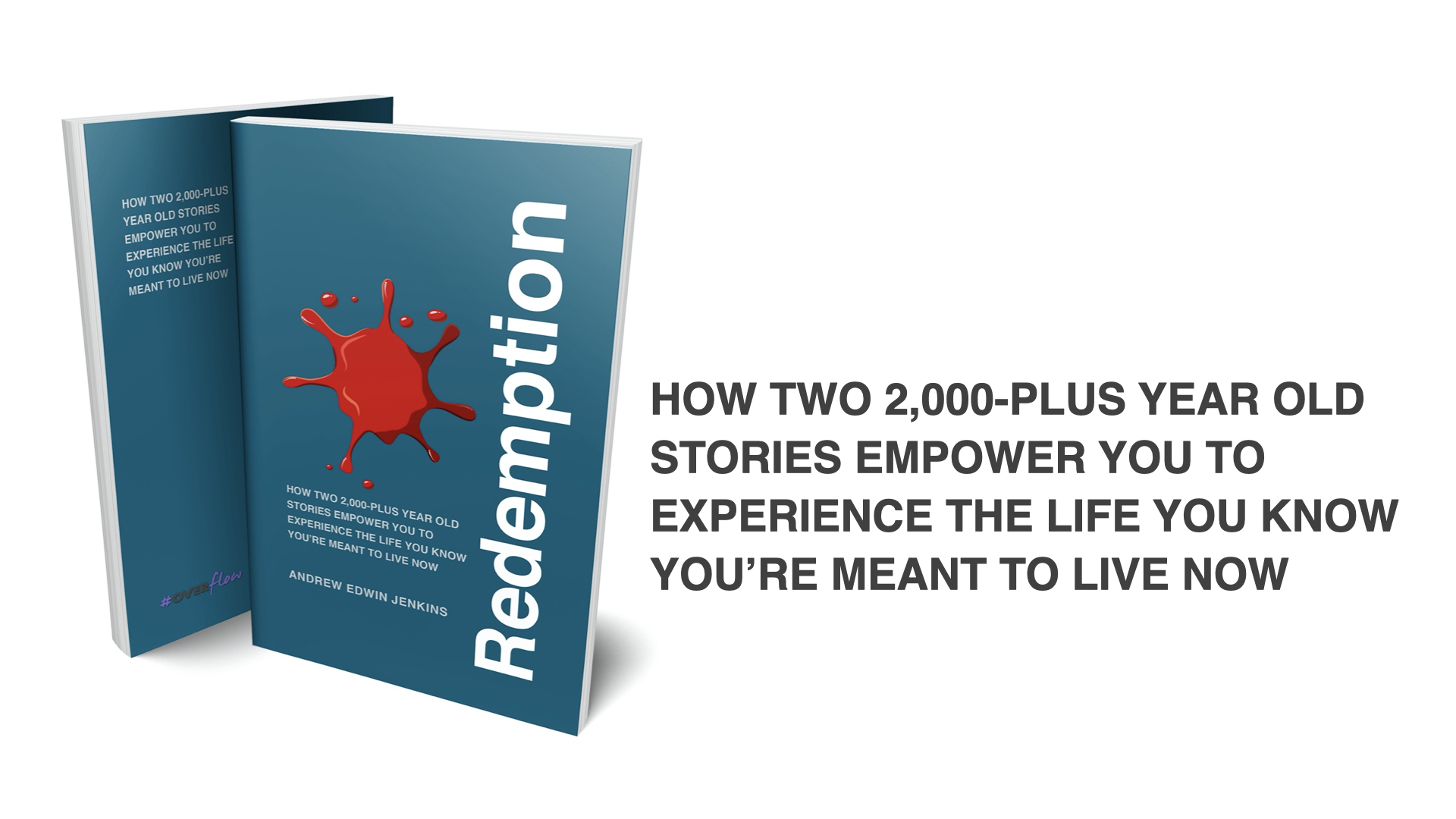 Free download = Redemption eBook-- from which this chapter of Soul Wholeness was derived-- at www.Jenkins.tv/R 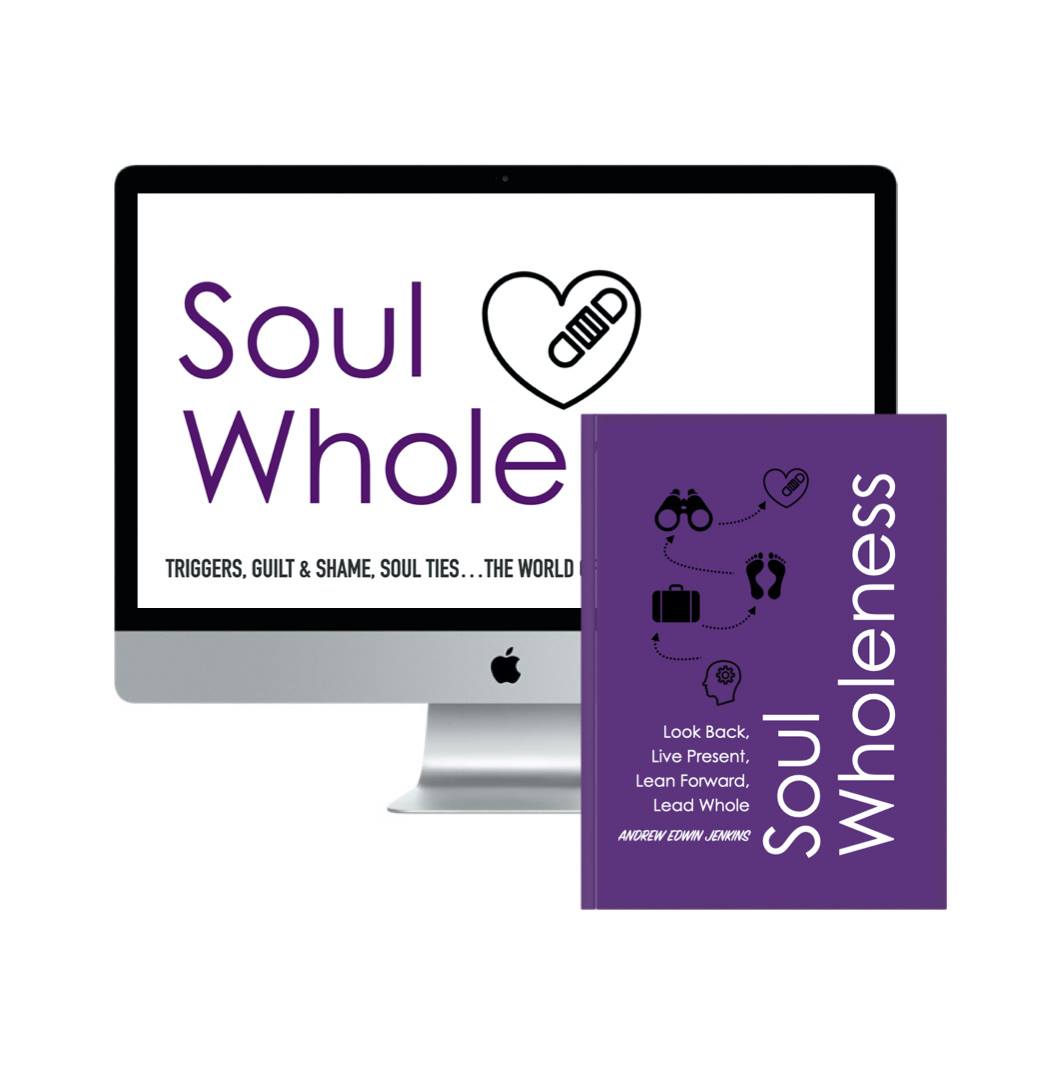