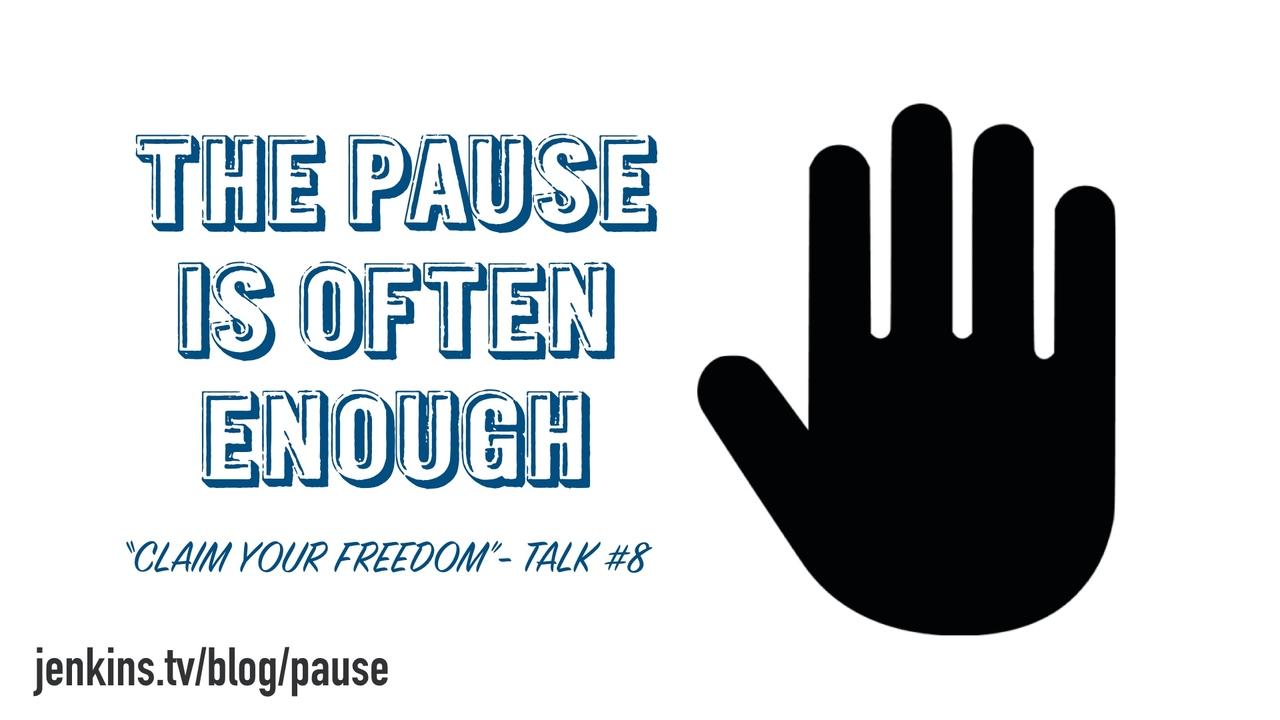 Podcast: The Pause is Often Enough (Claim Your Freedom #8)

I wrestled in high school. Though an aggressive sport which pits one man against another in a battle of strength, stamina, and technique, very few accidents and injuries ever occurred during the six years I participated. On the rare instances when they did, wrestling tournaments always stopped. Everything in the entire gym halted. Bouts on other mats paused. Cheerleaders silenced their chants. Conversations in the stands ceased. And- this one’s big- most of the competitors took a knee, waiting with respect and reverence as we waited for the injured man to arise.

When the wounded athlete, the man in the arena, finally stood to his feet everyone cheered. Even the opponent’s team. And people who didn’t know the injured man at all.

All because someone was physically hurt…

This leads me to an essential question, a follow-up to the observation: What if we took a knee for emotional wounds, too?

If someone hurts themselves physically, it’s not uncommon to take time off from work- or even undergo physical therapy. In fact, we encourage them to take their time getting well.

“Recover,” we tell them. “Your body needs to rest. You’re worth the time it takes to heal.”

Looking back, I realize I got this one wrong. A lot. For instance, I didn’t encourage my wife to take time to emotionally recover after miscarrying a child. I didn’t even think about it either time it happened. I look back in the rearview mirror and ponder, “What was I thinking?”

Other times I got it right- like the time I suggested we cease extracurricular activities for a season after some trauma in our family came to light… so that we could rally together as a family.

And I did have the opportunity to slow down, step back, and deal with my soul issues for about 18 months- but that was because I work from home.

In general, though, we don’t look at people who are emotionally reeling and say, “Hey, take a time out. Let’s pause. You need to rest and recover. I’ll I’ll sit down with you- and not try to fix you- just sit- while you do.”

Over the past year or so it occurred to me that in the same way we encourage someone with a bodily ailment to seek physical therapy (or cheer someone who says, “Hey, tomorrow I’m going to the gym- I just hired a trainer so I can take control of my health!”), we applaud people who seek other forms of help, as well.

We commend people who take extra classes or go back to school to acquire new knowledge and “shore up” their perceived intellectual / knowledge deficiencies.

We do the exact same thing when someone seeks answers to deeper spiritual questions. We applaud people who set appointments with pastors and spiritual directors.

But what about emotional health? What about internal wounds?

When’s the last time you heard someone say, “Hey, I’m taking charge of my emotional health? I’m going to meet with a therapist!”, and took them seriously?

If someone said they’re going to therapy, would your first thought be, “Wow! Courageous! Do the tough work of the soul!”… or would it be, “Hmmm… I wonder’s what’s wrong with them?” instead? 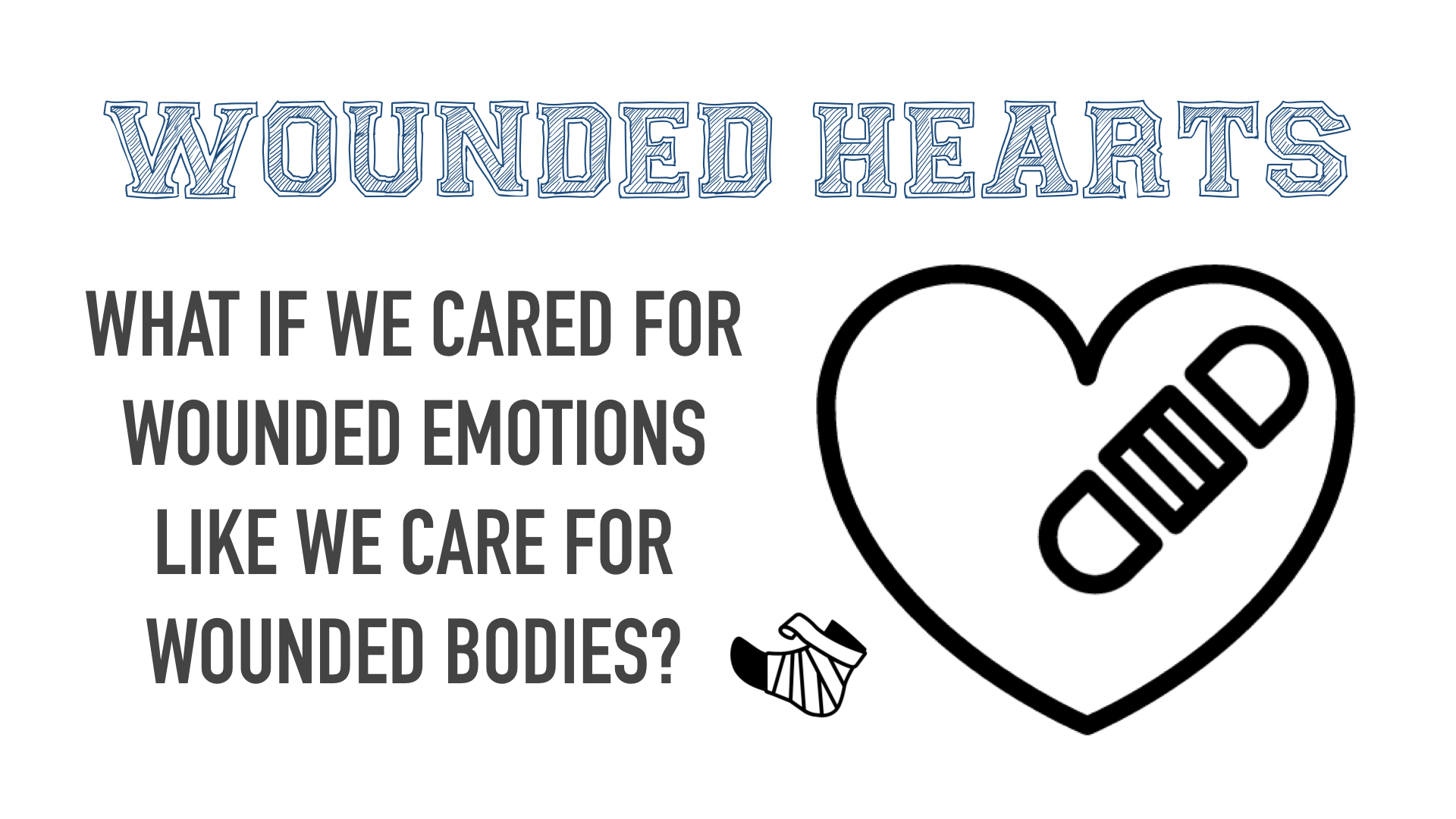 For years I wanted to run from emotions rather than running towards them. It seemed safer, easier. Yet the way towards health and healing is actually to move straight into the emotions rather than trying to navigate around them. The truth is that “without a healthy physical heart, your body cannot survive, and life ceases to exist. The same is true for this metaphysical heart.”

You see, pain isn’t the enemy emotionally anymore than it is physically. Most of us do our best to avoid emotional pain. We bury it. We explain it away.

Think about the need for pain, though…

Pain is not your enemy

A few years ago, my son Judah broke his arm. He tripped on the playground, landed awkwardly as he tried to catch himself, and snapped his forearm in half. Every kid and teacher on the playground actually heard it.

The break was so thorough that he had to hold the “broken” part of his arm in place lest it just dangle. I gently tied his arm to his body with some cut-up cloths and rushed him to the doctor. The physical wound was obvious.

About a year later my daughter Mini fell from the zip line in our backyard. She was shaken up a bit, so we took her inside and let her take a warm bath.

An hour or two post-fall, she complained of pain in her wrist. It looked fine- no dangling loose like Judah’s left arm- but the pain persisted. So, I loaded her in the car with one of her older sisters who had broken an arm before for moral support. We took her to the emergency room and learned she had a small sprain- all because of the pain.

Or, to say it another way, her wound wasn’t obvious like Judah’s. If she didn’t experience the pain we wouldn’t have known about the sprain.

In the same way physical pain alerts us to the notion that something isn't quite right in our bodies, emotional pain reveals the truth about our souls. Emotional wounds tell us that something’s not quite right. We actually need the pain.

But, remember, we like to avoid pain (Fact 2), so it’s easy to cover this one up and keep going…

I mean, pause and really think about it.

And think about what might happen if we took emotional healing seriously. If we…

If you’ve followed my website or my podcast for any length of time, you know that I’m a proponent of Divine healing. Yes, I’ll visit a medical doctor if we need to (as I did for both Judah and Mini)- so I’m definitely not anti-medical (even though we prefer natural health options)- but if something major happens we’re also praying. Many times we see physical miracles.

I’ll be honest with you. When I went to church services and people said something like, “Yeah, we saw a few people emotionally healed,” I used to think it was a cop out. I valued physical healing more- because it was quantifiable. You could see it. The results were measurable.

I’ve learned I was short-sighted in overlooking emotional health + healing.

I shared all of this at the dinner table with a few friends one night. As we pondered the reality that we often applaud all other types of healing and advancement except emotional healing- and tend to just push through when we face emotional hurts- I listened to a State Trooper, a U.S. vet from the Iraq War, and a first responder discuss their past traumas with me.

“Having people shoot at me in Iraq was nothing,” the vet said. “I mean, I’ve heard stories- and know guys- who suffered from PTSD because our unit got mortared so many times. That didn’t phase me. The thing that set me back the most was getting sexually abused when I was a little boy.”

The first responder went next: “I’ve had my life threatened, too. But the biggest trauma I faced was when the guy who trained me was killed in the line of duty. It was my day off when it happened, so I wasn’t there with him. I felt guilty about it for years. Sometimes I still do. That really messed me up, even though I wasn’t there to experience it. Maybe there’s something I could have done. I should have been there. I wonder about it a lot."

The State Trooper told us, “They always train troopers with a seasoned leader. Before they send us on our own in a patrol car they want us to work at least one fatality on the highway…” He continued, “Coming up on the scene like that is hard, because you never know what to expect. It can take hours to sort through everything, get the accident cleared, and do everything you have to do. Then, after you’ve worked it you have to drive to the family member’s house and let them know. To me, letting someone I didn’t even know that someone else I didn’t even know died a horrific, unexpected death was the worst. I’m not sure why it affected me like it did.”

From these men I put together one common theme about emotional pain: Emotional pain rattles us, yet we all tend to under-value it once we realize where the wound originated. Each of these guys realized there were issues in the lives which could have been perceived as “bigger deals.” Rightfully so.  Each one admitted there were “bigger” things that caused issues for others. That is, someone else always has it “worse off.”

We all perceive trauma differently. The things which prove hard for me may seem easy to you. And the situation that may send you into emotional upheaval might hardly register on my pain scale at all.

Emotional hurts and pains are unique to each person. So, rather than undermining how we feel when something heartfelt occurs (whether we caused it or not, whether it's the result of our own sin or a sin committed against us), we should simply deal with it the best we can where we are.

Compare it to physical injuries for a moment:

That means only you can communicate how something affected you. In other words, you must confront the pain in order to heal it, because you are the pain scale. 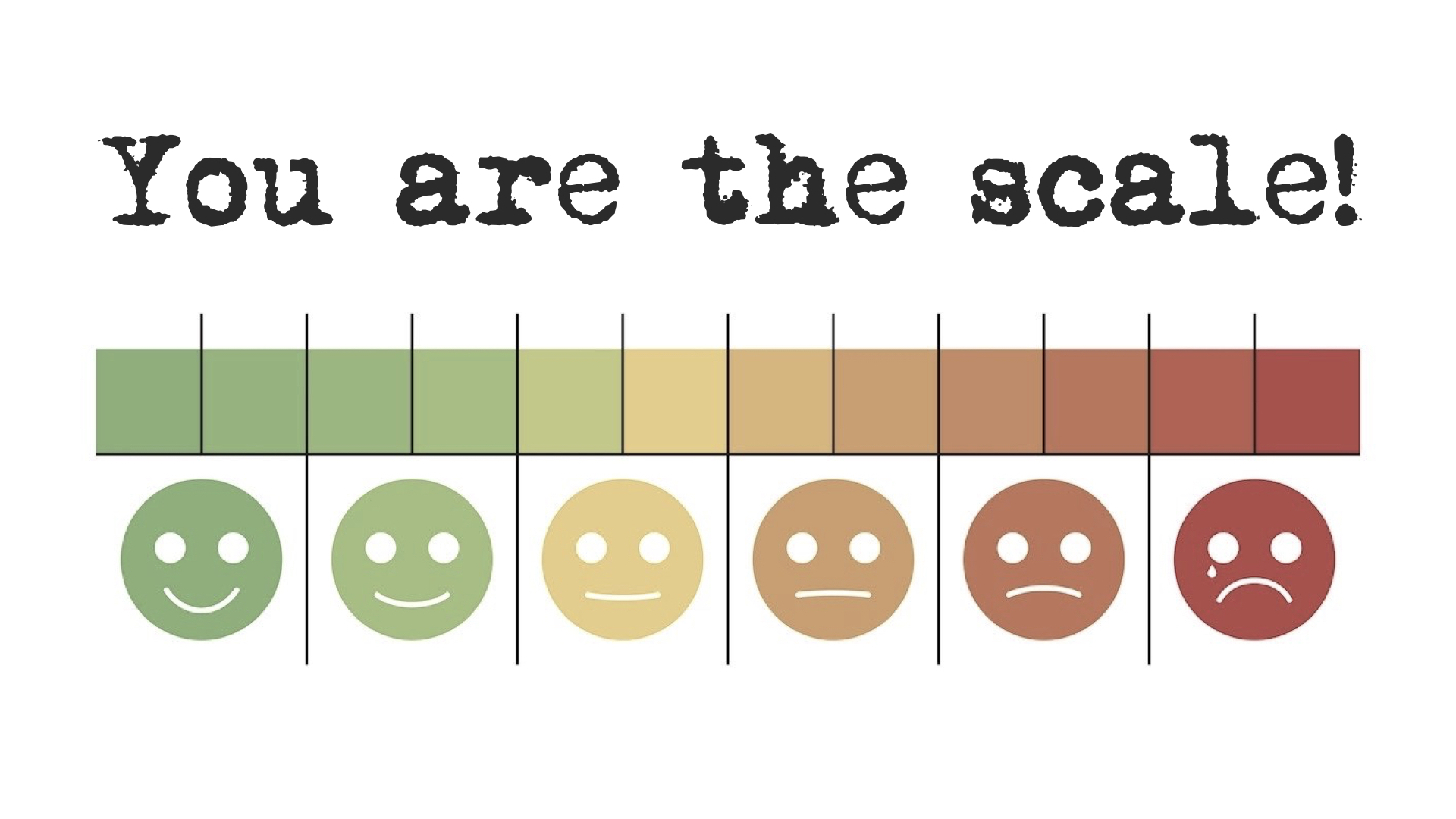 The pause is sometimes enough

Let me take you back to the wrestling mat for a moment and share with you something I remember as I was putting this chapter together. It’s so common that you’ve probably seen it before.

Whether he could continue the bout or not, as the wounded athlete stood to his feet, the crowds always cheered. It didn’t matter who we were cheering for before the injury. After waiting to see what happened, we all celebrated for him.

Most of the time, after resting for a few minutes and catching his breath, the injured athlete was able to actually continue the match. Fighting with a renewed vigor- and with scores of people now in his corner- he often finished the mat with his hand raised. That is, he triumphed. Don’t miss the fact that sometimes the simple pause was enough. It enabled the man to catch his breath, to gather his wits, and to face the battle courageously and victoriously.

I believe it’s the same way with emotional hurts and pains, too. Often, living an intentional rhythm of Sabbath and sleep provides sacred space, deliberate pauses, where the mess of life gets sorted and we’re able to not only stand but also step back to the center of the mat.

Links for this talk 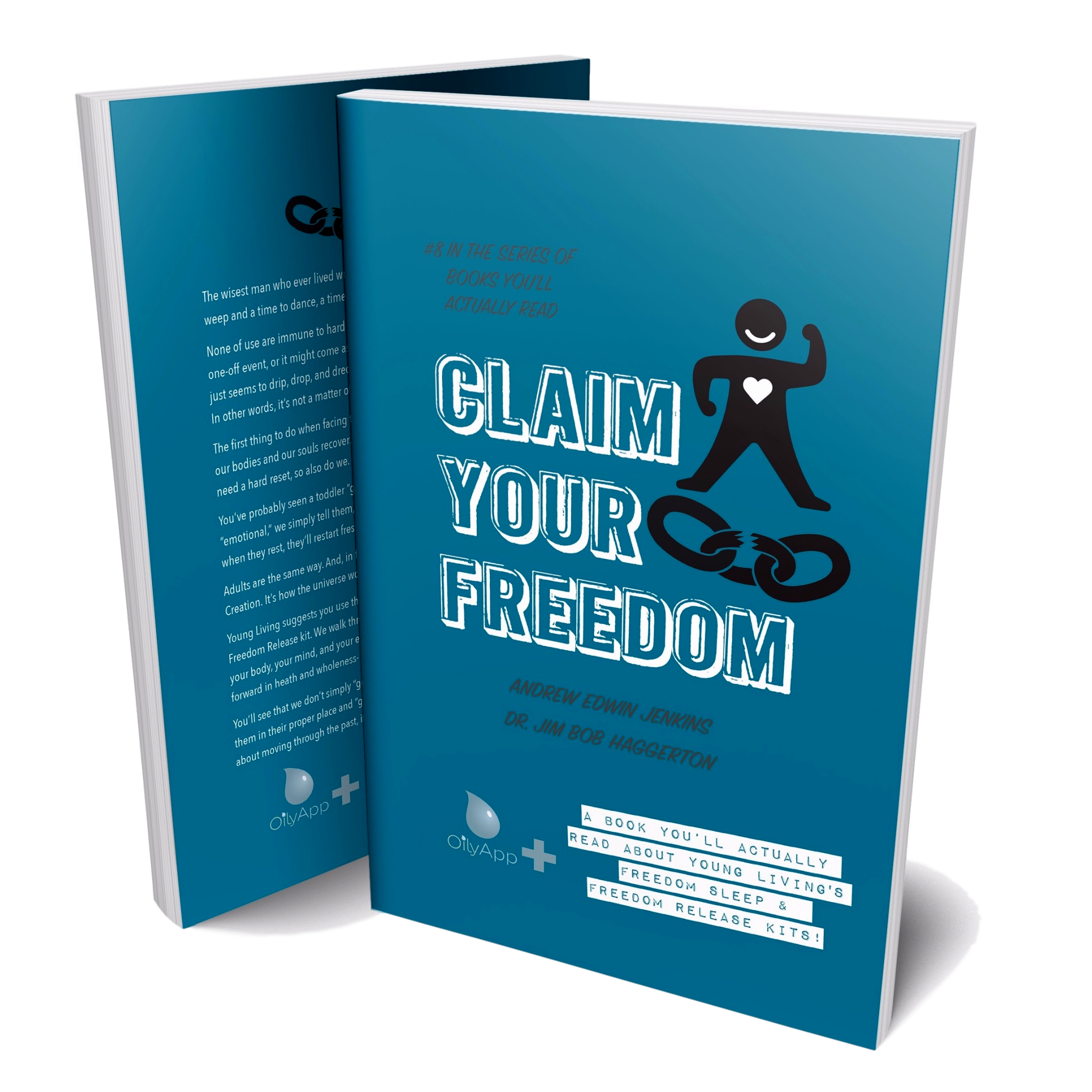 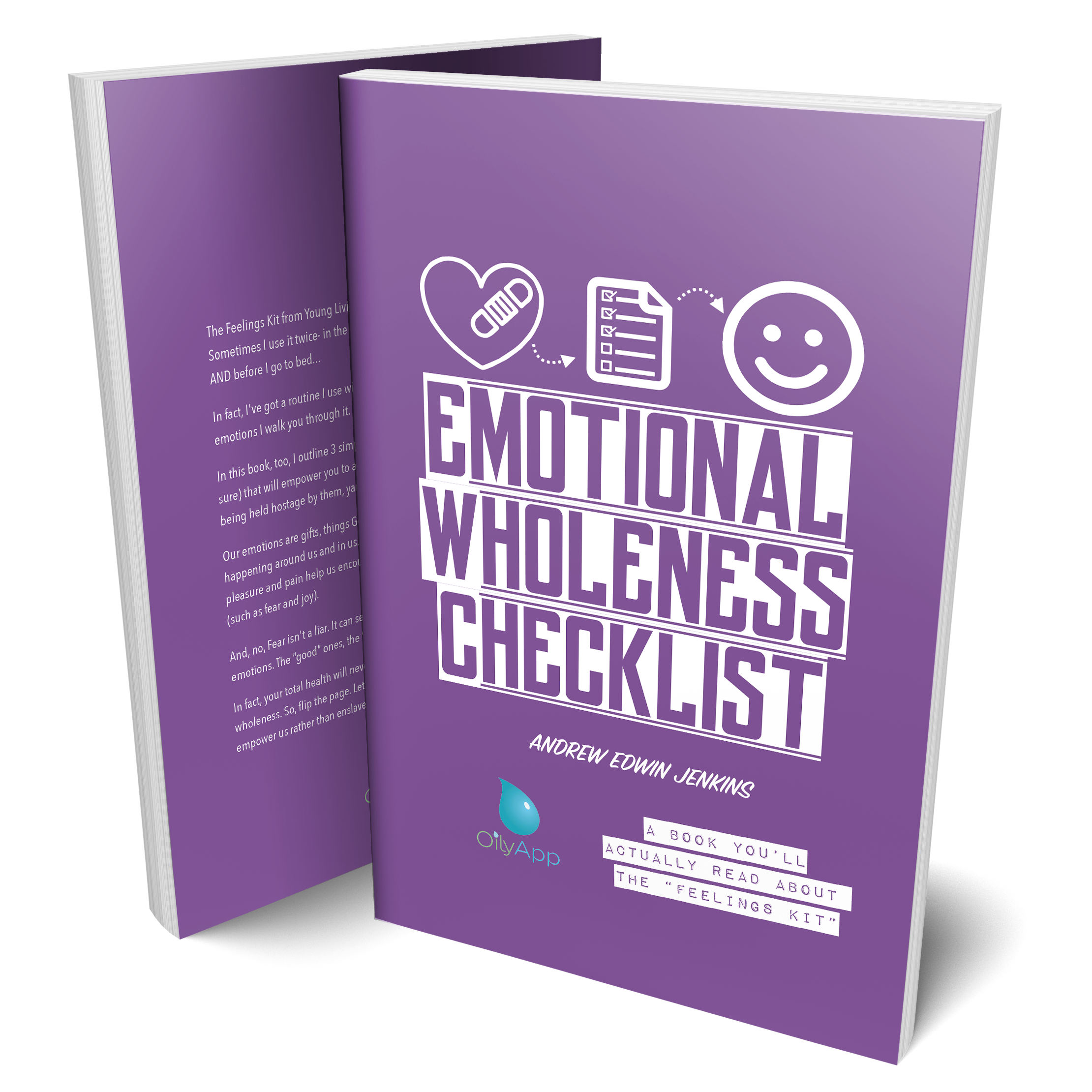