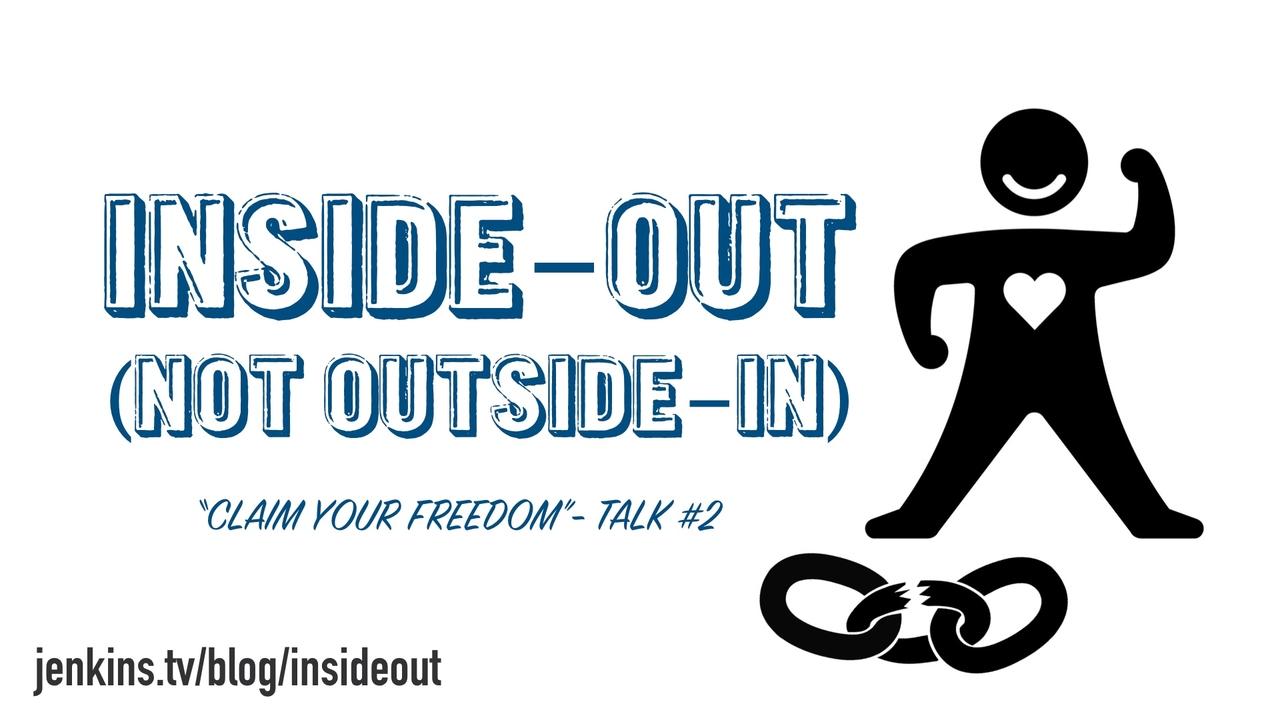 King Solomon said, “The righteous are as bold as a lion.” The flip side, he wrote, is that “the wicked flee when no one pursues” (Proverbs 28:1).

When you get to the place Eminem found himself in that film I referenced in our intro, you can be bold. When you realize your identity isn't found in the great stuff you’ve done nor is it defined by you at your worst, you can be even bolder. You sense a humble, tender confidence swelling inside you- one not based on your perfection or lack of flaws but based on the notion that there’s nothing else to hide. You’ve owned your story.

I remember the days of constantly looking over my shoulder, always wondering when life might come unzipped. Constant anxiety sucks.

When there are holes in your story, it’s easy to hide. You want to hide. The problem, though, is that hiding makes things worse and more tense. Pressure builds beneath the surface. Sooner or later, whatever is inside surfaces.

King Solomon (a guy with a lot of clutter in the closet) also wrote, “One who covers his transgressions will not prosper, but whoever confesses them finds mercy” (Proverbs 28:13 TLV).

It’s time to claim yours.

When we own our flaws, we allow grace to crash in and we simultaneously stop the enemy’s accusations. The flip side is this: when we cover things, we push freedom to the side. It always remains available, but it’s impossible to grab hold of grace when you’re clinging tightly to a mask of self-protection. That gives the Accuser a field day.

And it causes us to walk in more shame.

Take King David, for instance. He was Solomon’s dad. 2 Samuel 11 records his affair with Bathsheba, the wife of one of his prized warriors. David saw her bathing one day and summoned her to the castle.

He had his way, and she became pregnant. He tried repeatedly to cover the sin, culminating when he murdered her husband. If he was dead, everyone would just assume the baby was his, right? After all, he wouldn’t be around to tell them otherwise.

David (eventually) repented, but it seems he never fully dealt with the issue (“hiding” went deep in their family). The episode marked him.

Years later one of his sons raped one of his daughters (siblings by two different mothers, but still…). David refused to confront the sin (see 2 Samuel 13).

How could he? He’d also used his own position of power to sexually seduce a woman himself. He was seeing what he’d done play out right before his eyes. Even if he couldn’t articulate why, he was hesitant. Timid. Un-lion-like. Un-bold.

Absalom, the full-brother of the harmed daughter, planned to kill David because he refused to address the sin. Absalom couldn’t, though, because David wouldn’t make time for him. He refused to go on the hunting expedition where Absalom planned to entrap him. So Absalom did the next best thing; he killed the perpetrator, the guilty half-brother (2 Samuel 13:23f.).

David wouldn’t acknowledge that sin, either, though. He wouldn’t extend his heart to Absalom even after that, resulting in a rebellion in the entire kingdom. David was forced to flee the palace.

You can’t walk in your rightful role when there are parts of your story you’re hiding. It’s impossible to do so, because we’re created to walk in the light. Because of that hidden sin, David refused to walk in his God-given authority.

Who was he to confront issues he saw in other people? He had the same ones which he refused to deal with!

Whereas we tend to look “outside” ourselves and focus on the externals, rationalizing that things will get better for us when things change around us, the opposite proves true. The soul is the internal thermometer that sets the temperature for the world around us.

John wrote, “Beloved, I pray you may prosper in all things and be in health, just as your soul prospers" (3 John 2, emphasis mine).

Notice that he prays for prosperity in all things and in health. Yet, it seems that the soul is the measure of how much we can carry- in the prosperity of “all things" and in our total health & wellness.

We often “spiritualize” or “futurize” the blessings of God, believing they only matter in the after-life.  When we do this, we reduce the stories of Scripture to allegory, effectively pushing the promises of God to a time and place where we don’t  experience the full benefits of them.  John assumed we could experience these blessings now.

Notice, though, your soul serves as the gauge for the experiencing the good things of life now. Health. Abundance.  (Yes, there are people who prosper in “all things” {financial provision} and health without getting the great work of the soul right. There are always exceptions to the rule. However, we shouldn't plan based on the exceptions.)

Well, your soul is unique from your body and different than your spirit. The soul includes your mind (your thoughts) and your emotions (your feelings).

Your soul is the thermostat for the world around you- and gets to set the temperature. It’s not just a thermometer which simply reports what’s happening.  We often flip it the other way- and assume that we’ll think and feel right when things outside become right. John pushes us in the opposite direction, though. He says that learning to think and feel right on the inside actually overflows to change the outside circumstances.

2016 was a difficult year- one of those years you definitely don't want to repeat. Ever.

As I made my way through these strange seasons (in large part by the help of numerous "life rafts" people tossed to me along the way, often not even knowing they were doing it- just blessing us by being them, and gifting me in many ways with their presence at just the right moment),  I decided it was time to go after the deeper issues and to seek healing from the things that had happened. 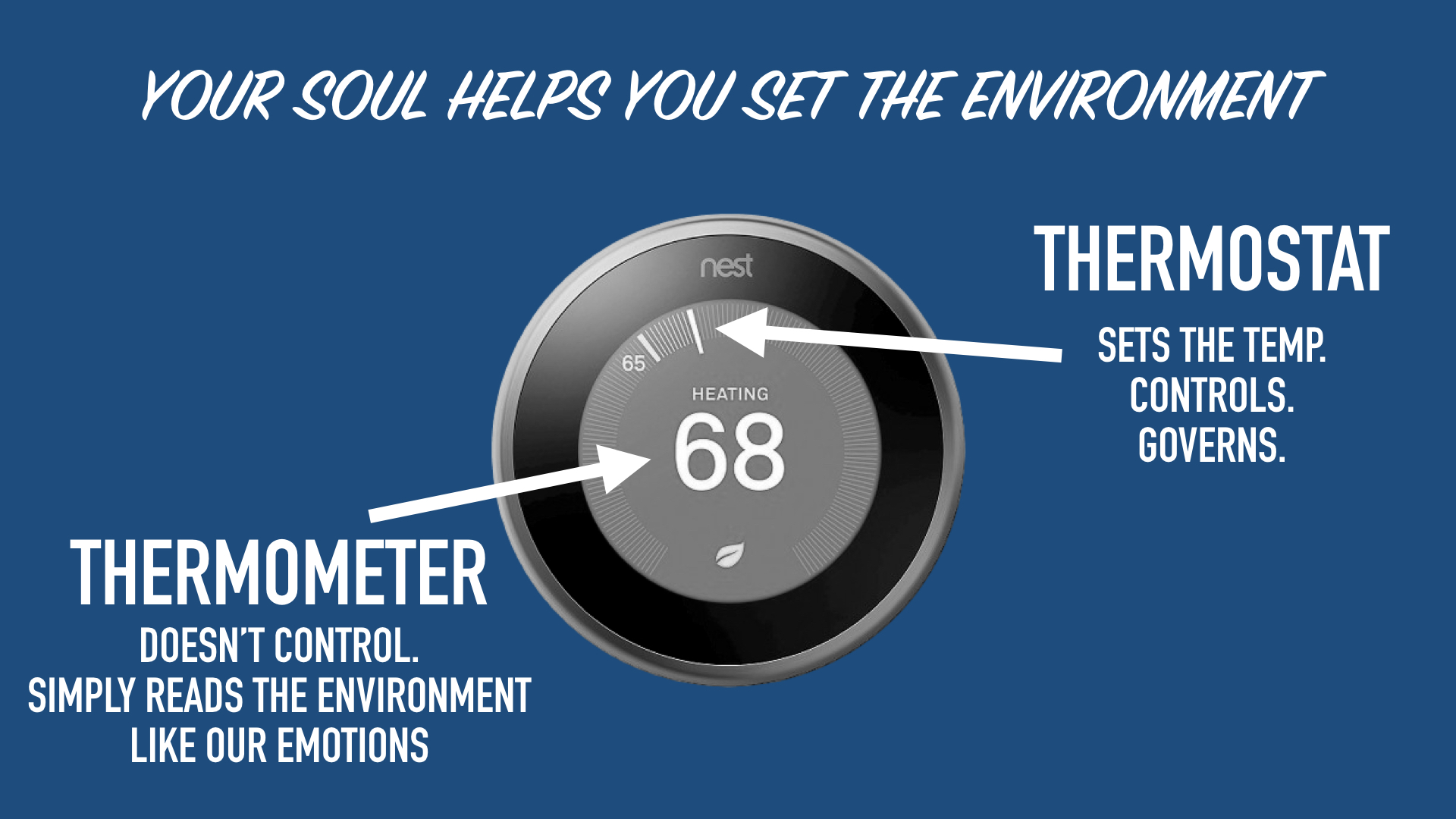 I studied several topics related to emotional, mental, and even spiritual healing. I studied in a different way than I had with most of my studying before. You see, as odd as it sounds, reading and writing can be somewhat of a "getaway" for me.

I know. Sounds surreal. You'd think mental work would be taxing, that it would drain me. I've found that my brain has greater stamina than my emotions, however. It's almost like when I do either (reading or writing) I can choose to step out of this world and into the world of whatever I'm reading or writing about. I can avoid and escape.

Over the past few months it finally dawned on me that this is exactly what I had done over the past few years. It’s why, in the middle of stress and chaos, I can actually choose to work. And, I can do it well (i.e., some of the best material we have used at the men's Advance events was created during some of the most chaotic chapters of my life).

My point is this: you’ve got to deal with the deeper issues on the inside in order to live well on the outside.

At some point in my journey- a journey I'm still in, by the way- something clicked.

One day, while studying stress and trauma, I thought, "I'm going to list all of the things that have created high-level stress for me in the past few years."

I began listing them...

Over 17 specific instances sat there, on that page, which could push anyone over the edge. I listed many of them in the intro. Yet, here I am, still standing.

The problem is that even though none of those issues left scars on the outside, they all left internal marks. Wounds. Hurts. Things which must heal.

If I broke my leg, I’d rush to the hospital and take care of it. It's an obvious wound.  If emotional wounds actually left a mark outside of me- on my body, such that they were visible- I'd probably go to the doctor for that, too. The problem is that these wounds existed under the surface, though. Unseen, there was no urgency to deal with them. Yet, they inflicted the same damage a broken leg can- and even more.

Imagine me walking down the street. Your street, the one where you live. You look out your window and see me limp around with a dangling appendage, scars on my face, and jagged knife marks where I've been physically stabbed in the back.

You’d probably rush to my side and say, “Hey, wait! Let’s get you some help!” You wouldn’t even ask if I needed help. You’d know I do!

This means that I'll continue walking in hurt and I'll continue hurting others rather than being an oasis of radical grace. So, the healing must happen.

Apart from inner healing, you'll never set the thermostat from inside your soul. You'll continue looking outside yourself and just assume the temperature is correct. Remember, thermostat- not thermometer. That is, even though you’re affected by the climate around you it doesn’t get to control you- even when it presents the circumstances in which you find yourself.

That said, go to the next talk. In order to live this “inside-out” thing, there’s a is simple truth we've got to get right, something about how we perceive reality. 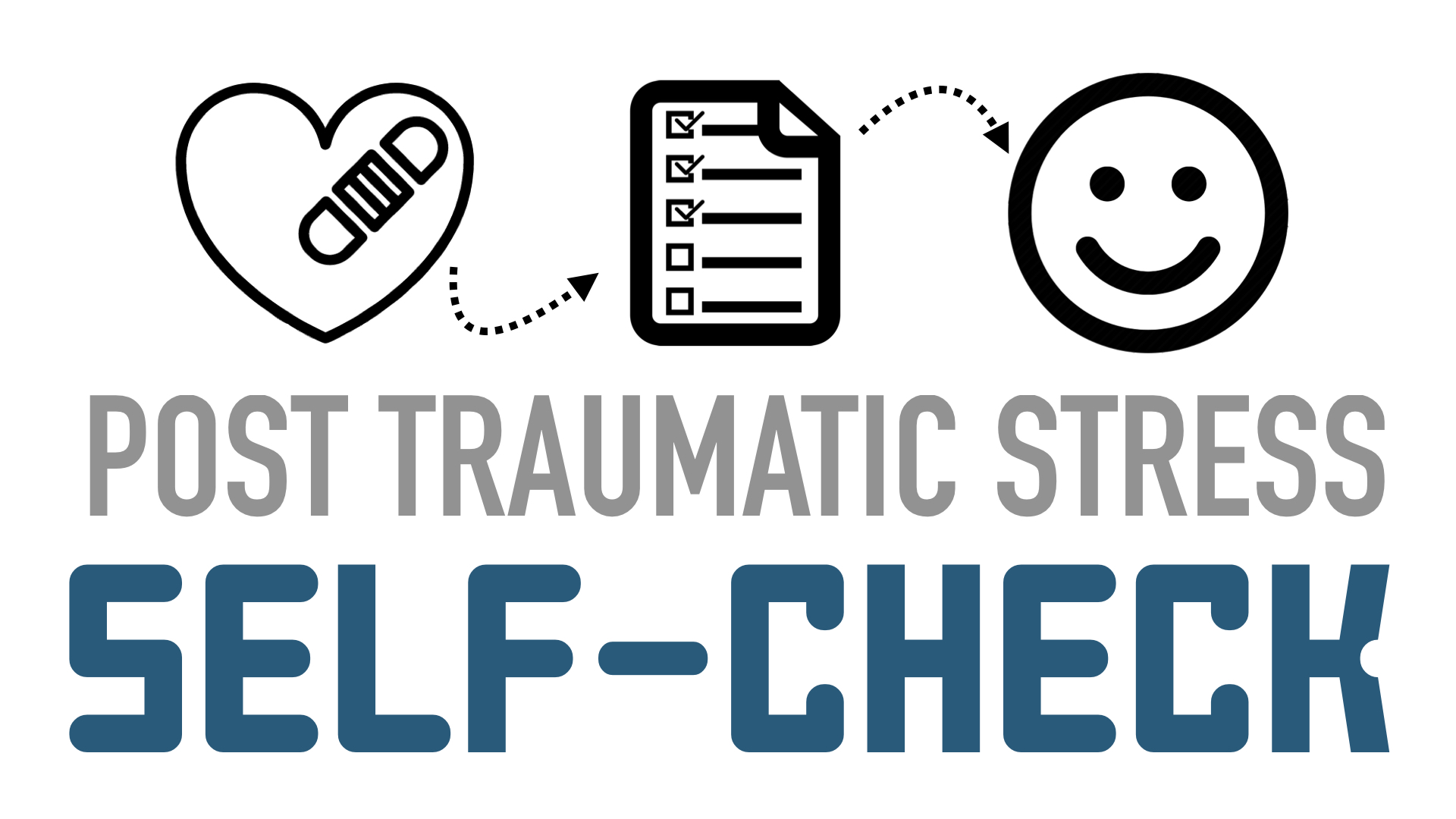