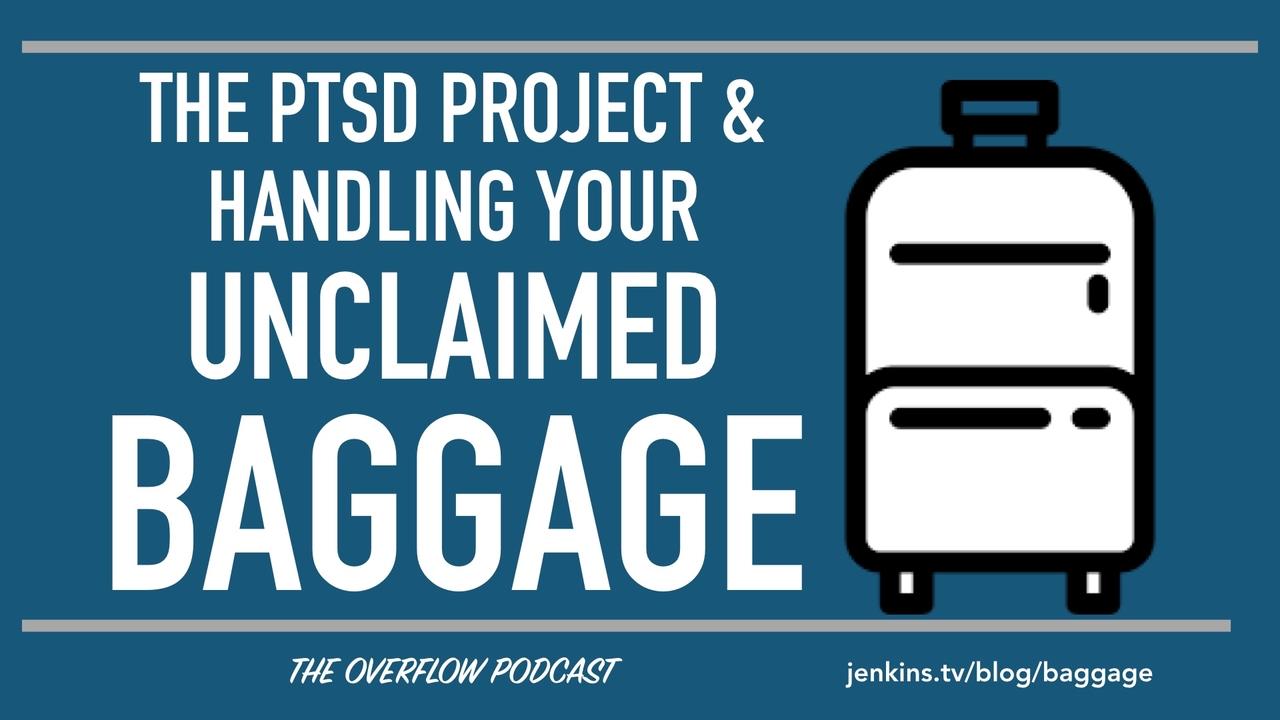 In this talk, I fire the podcast back up- after a long hiatus- and talk about a project I’ve been involved with for the past year +++). A few months ago, we released the book Warrior Hope, which I wrote with the Executive Director of Crosswinds Foundation- a nonprofit that’s been involved in the PSTD + Moral Injury space for 7 years and counting.

Last week we launched a group based on the book- a group currently being hosted at Hoover Tactical on Monday evenings, 6:30pm- 7:30pm.

Here are the main talking points from this podcast.

#1- Perception CAN be reality.

I’ve heard the phrase “perception is reality” a bunch of times. You probably have, too.

But, as correct as that statement sounds, it’s not accurate. Perception MIGHT be reality, but it might not be. Perception might just be the way you view things.

You may have seen the cartoon online. 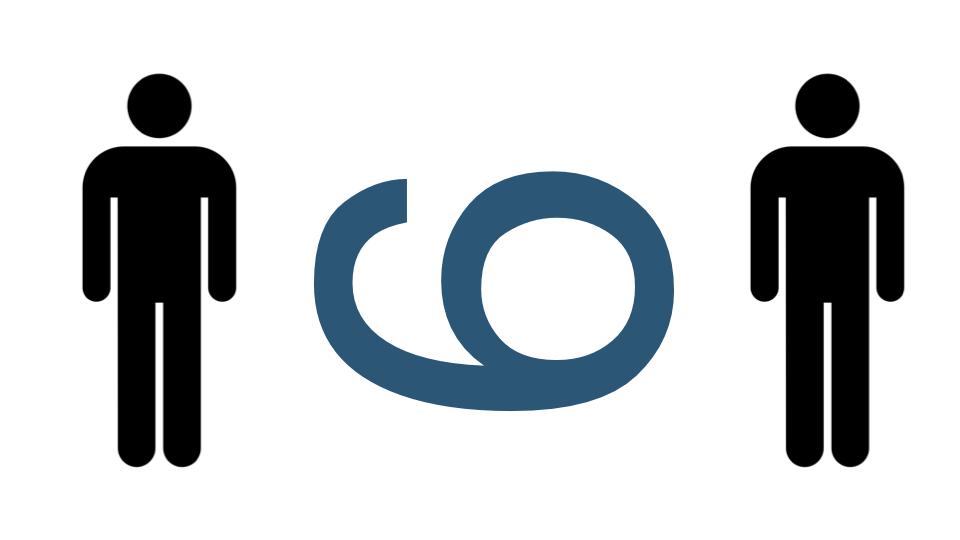 From one person’s perspective the number on the ground is clearly a 6. From the other’s… it’s a 9. Obviously.

Which one is correct?

Since truth is absolute- and not relative- it’s one or the other, right? But, what you see often depends on where you stand.

This dynamic works throughout most situations in light. What we see depends on where we are…

… and that often depends on what we’ve been through.

Turns out, many of the things we see might be related to past hurts, past internal wounds that we carry around. Left unchecked, those wounds can become the filter where by we view the entire world.

PTSD, that is, post-traumatic stress disorder is one such lenses that causes us to see the world in certain ways- often MISPERCEIVING the way things really are. 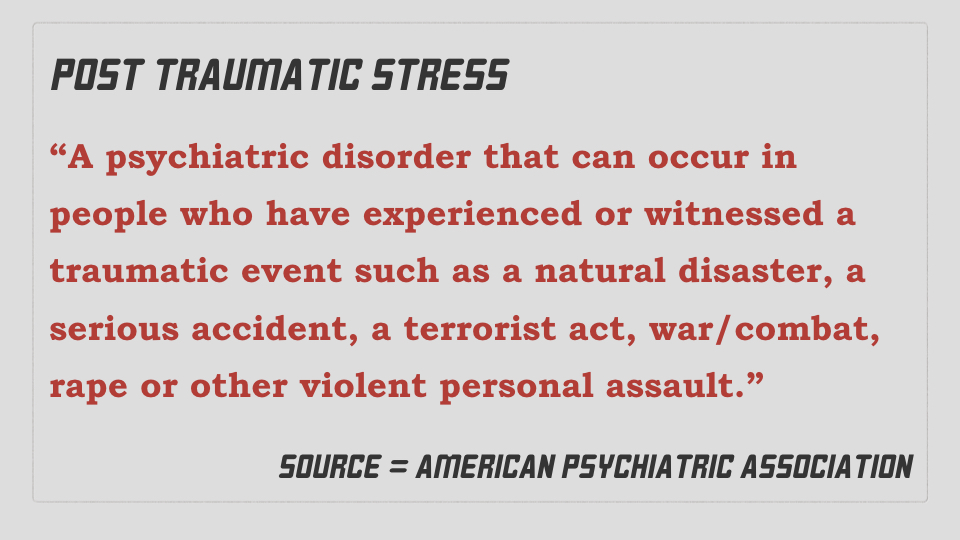 And that leads us to our second talking point.

That is, we carry a lot of baggage- from our culture- about what PTSD is and isn’t.

For instance, a lot of people think PTSD (emotional trauma) is new. It’s not. You can trace it all the way back to Bible times. In fact, during the Civil War, writings refer to “Soldier’s Heart.” In WW2, people began writing about “Shell Shock.”

Turns out, it’s all PTSD.

Even though the term PTSD didn’t appear in the DSM-V (Diagnostic Statistical Manual), the criteria psychologists use to diagnose mental disorders until 1980, it had already been around for hundreds- no, thousands- of years.

Now, what’s UNCOMMON is the formal diagnosis. In order to be diagnosed, people must meet specific criteria (I’ll post a link in a few weeks to that test, whereby you can do a self-assessment).

But, all psychological “disorders” fall on a scale. When you take a eval (I’ve had one done), you take an objective written test AND a subjective verbal interview with a licensed professional.

Your “score” falls somewhere on a scale.

Most people fall somewhere in the middle- meaning they’re affected by the issue for which they’re being evaluated but they’re not within the range of being diagnosed. That doesn’t mean they won’t benefit from help, it just means there’s no diagnosis. 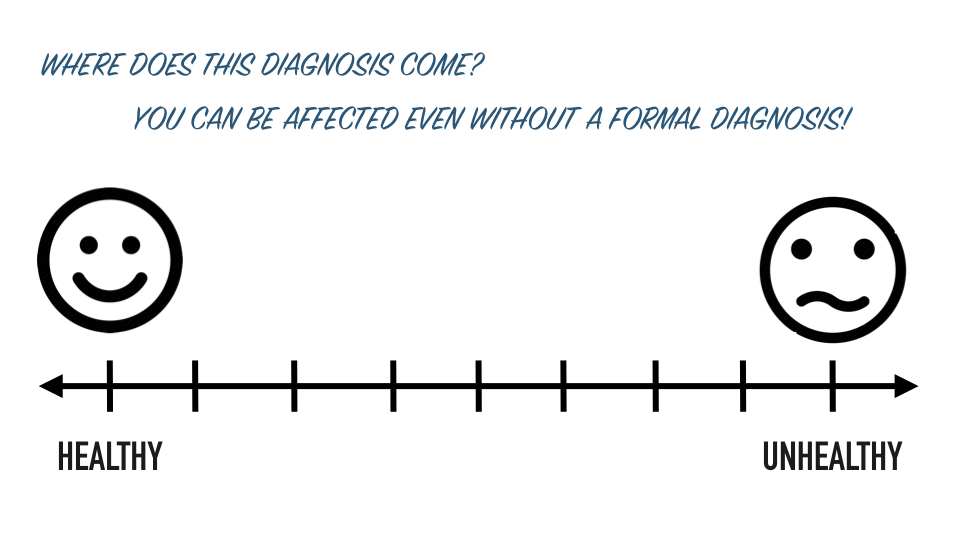 #3- PTSD (and emotional hurts) can cause misperceptions.

You’ve heard of the classic examples of PTSD. For instance, a truck backfires and someone feels like there’s gunfire nearby. Or a fireworks display resembles a round of mortar fire in the Middle East.

Many people are “triggered” in these ways every day.

They receive an email that starts a specific way…

Or a smell or a sound or something else transports them to a different time + place.

One day, I was speaking with some warriors and it dawned on me: the way you react to certain situations- like the fireworks / mortar fire- is EXACTLY in line with your training. In other words, it’s the RIGHT response…

… but it’s the wrong situation for that response.

In other words, in a different time + place, this would be EXACTLY how you SHOULD respond. It would be healthy.

The emotional- or mental- unhealth comes in the fact that we’re responding in the wrong time, in the wrong place, making it the wrong thing for the moment.

In other words, we’re “triggered” by something in the present that REALLY connects us to the PAST- not to the NOW. Or, to say it another way, we’re responding to something besides NOW. 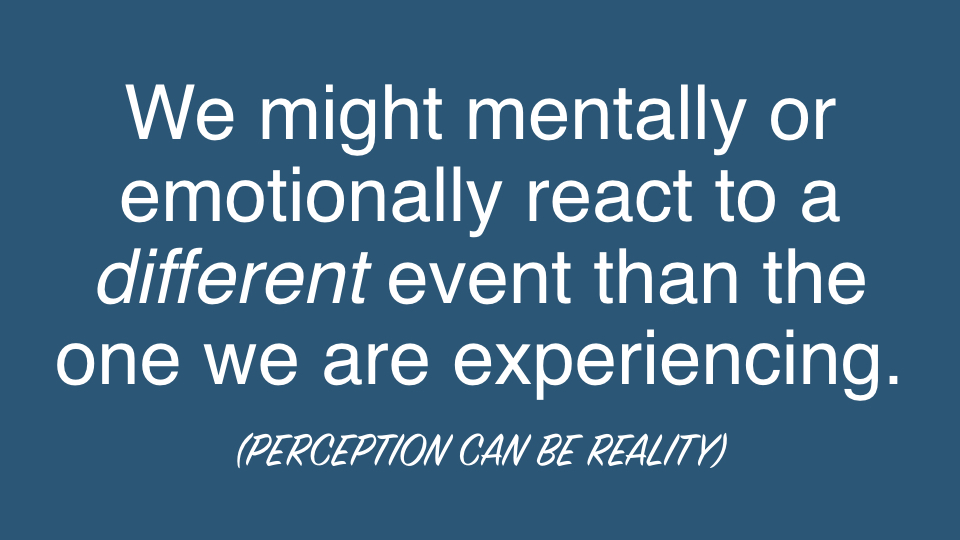 #4- Misperceptions can cause denial.

There are a lot of reasons people who struggle mentally or emotionally might not “own up” to it. I decided that it comes down to this:

On one hand, we’re afraid because of how others view PTSD / emotional hurts. We assume that THEY think that all people who struggle / suffer are- well, crazy.

Again, that’s not true. Most issues land somewhere on the spectrum- not on the extremes. This, of course, means that many of us who have endured tough emotional seasons are normal-looking, high functioning business and community and spiritual leaders.

On the other hand, many of us are afraid because of how we view PTSD / emotional hurts. We’ve been told things like…

Or, “Stop being so emotional.”

So, we endure. We shut down and we push through. In fact, we train ourselves to do it. 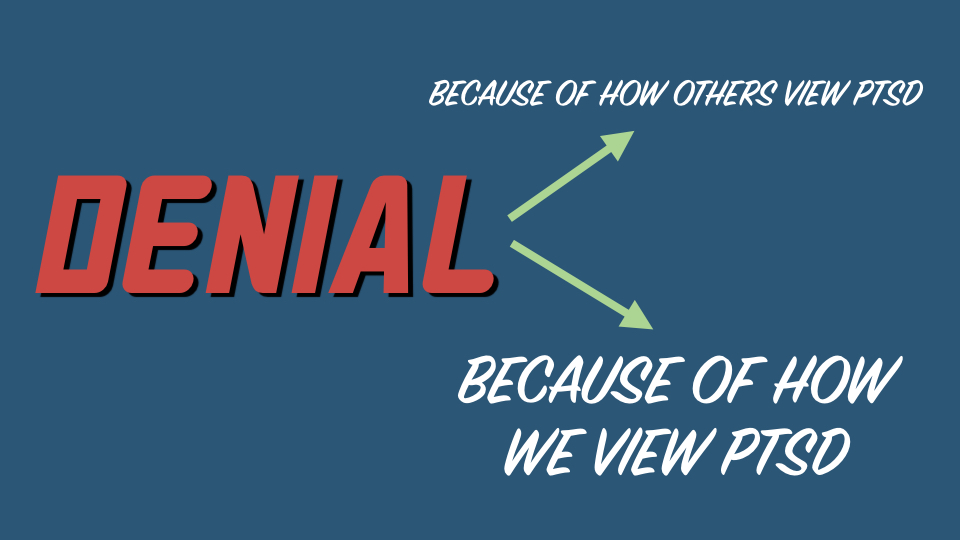 That is, do the tough work of the soul, OR we medicate with alcohol, drugs, hobbies, work, people…

… we fill the void, in other words.

By the way, part of the issue here is that physical hurts- when they happen, are obvious. As such, we take ownership of them.

But, we can hide emotional wounds. We can hide trauma. 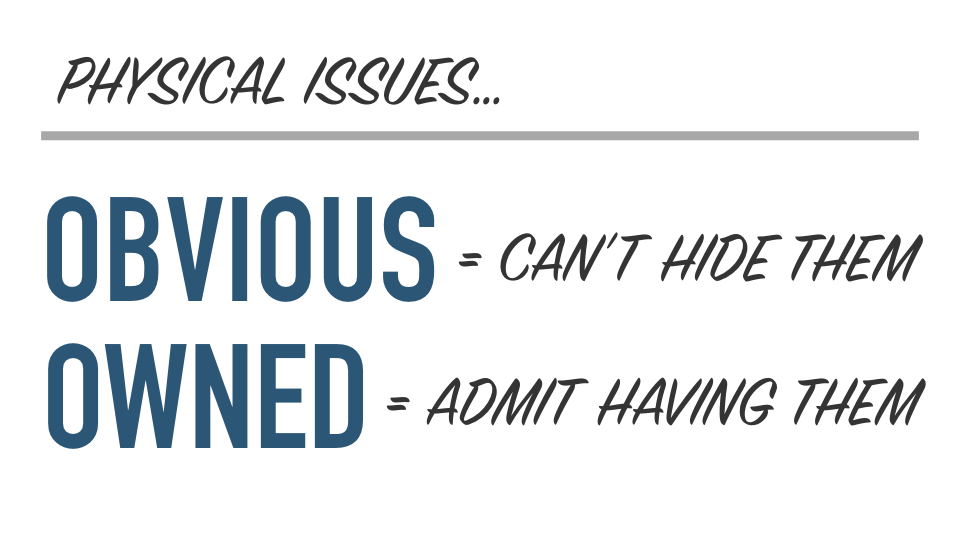 Eventually the trauma surfaces, though. And, if it doesn’t come out in healthy ways (by dealing with it) it surfaces in unhealthy symptoms.

That leads me to our final observation / talking point-

#5- Help is available, healing is possible…..

Below, you’ll find a few links to begin the healing process. In the next talk I’ll provide you with a few more. 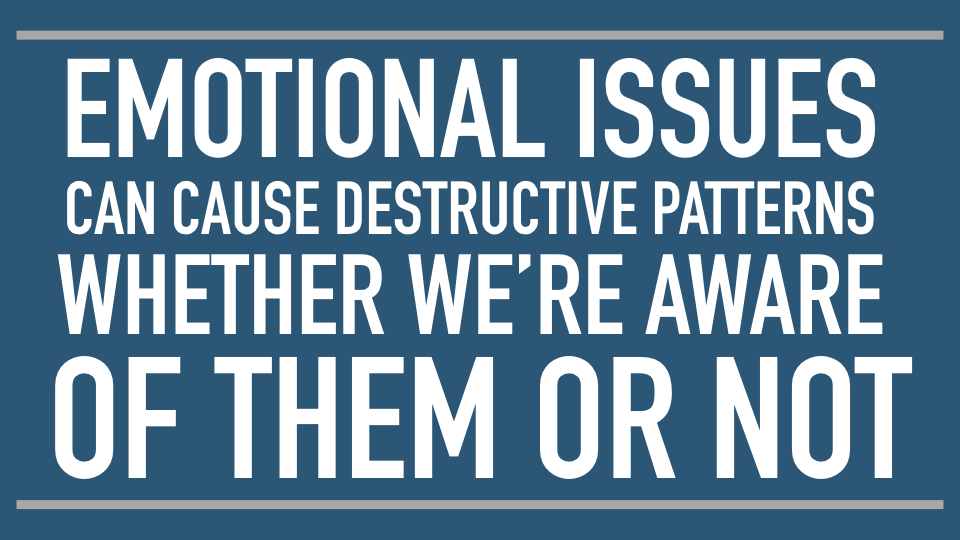 Links for this show

Stream the video free at www.InvisibleScars.online

Learn more about the Warrior Hope book at https://amzn.to/2KuJmZS