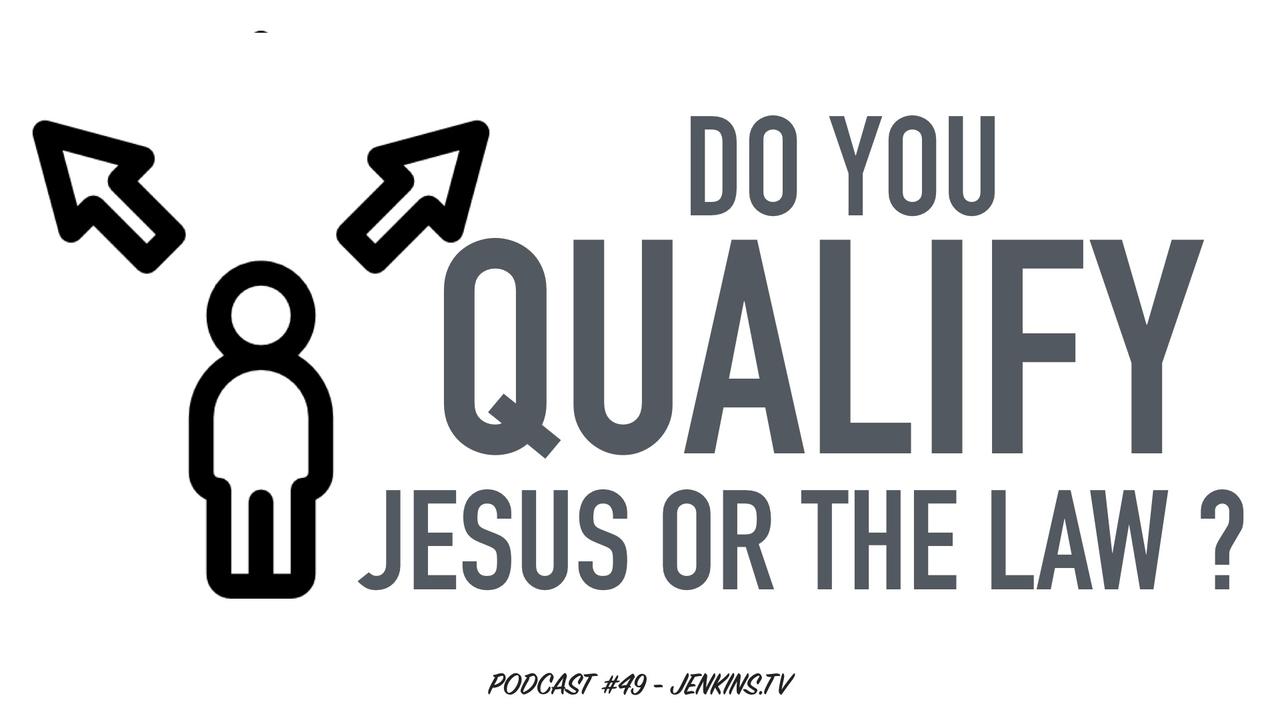 Sounds strange, I know. So let me back it up, and let’s see if we can find freedom from the rules + chains that often shackle us to religion rather than freeing us TO relationship.

Why? Because these two are in conflict. And, at the end of the day, you were designed for relationship- not rule-keeping. 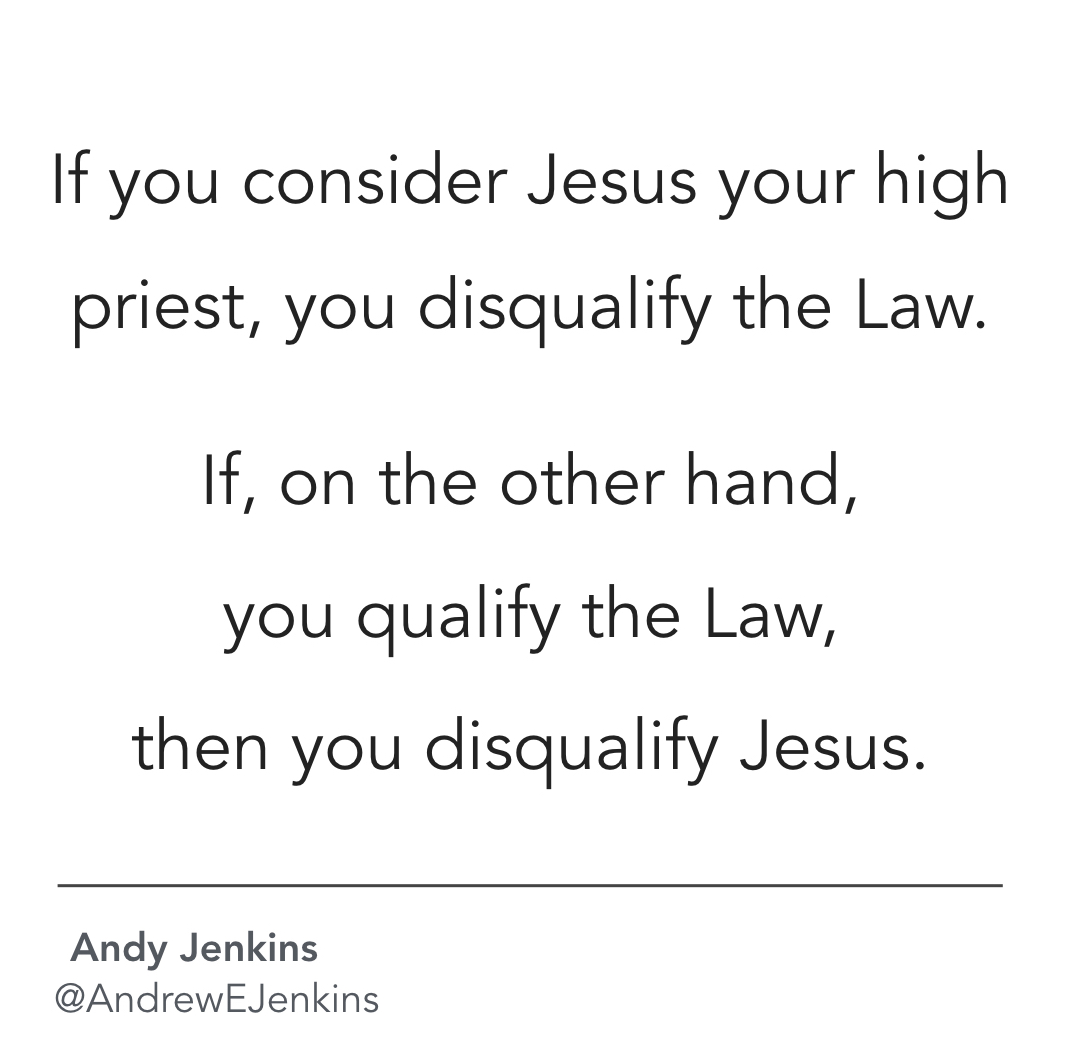 Sacrifices reminded people of sin but never fixed the problem

Sacrifices were made in Israel every single day. Yes, bigger offerings were made at the three larger feasts on specific days (Passover, Pentecost, and Tabernacles), but the sacrificial fire never went out.

You read that right. The sacrificial system didn’t resolve sin. It reminded people of it. In the same way, religion doesn’t resolve shame, it reminds people of their shortcomings.

The author of Hebrews communicates this twice within just a few sentences- as if to emphasize it:

Sacrifice was a regular thing and it didn’t actually remove sin. As people offered their sacrifices they weren't reminded of forgiveness, they were reminded of their failures- of how they’d fallen short.

(Somehow, we’ve imported this teaching into the Church haven’t we? We teach the Cross and hope it makes people sense how bad they are, how they’ve fallen short- instead of showing them their potential!) 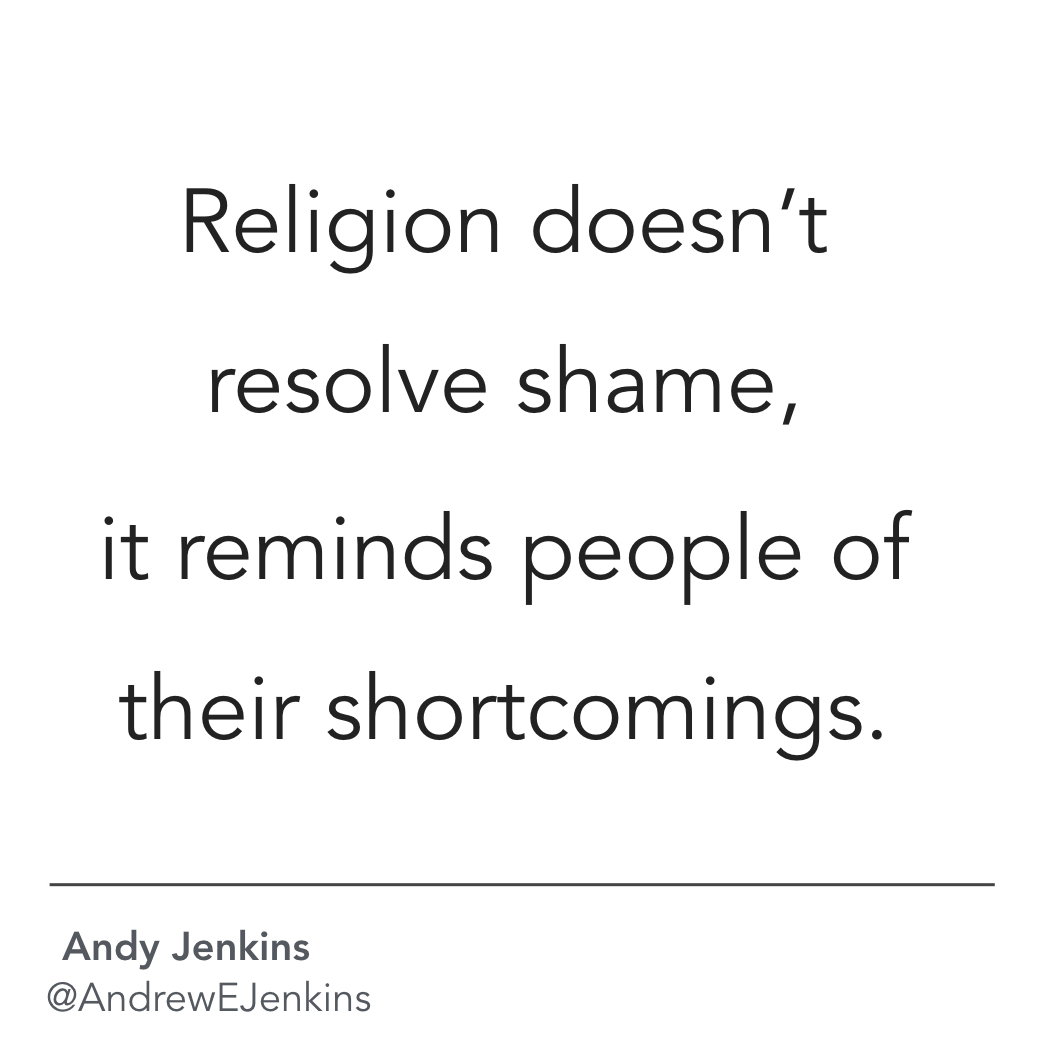 A perfect sacrifice was required, but still wasn’t enough

The priests always examined the animals before they were sacrificed. The animals had to be perfect, spotless, without fault.

(By the way, when Pilate examined Jesus and “found no fault in Him,” he actually used the same language used to denote blameless, blemish-free lambs!)

When the sacrifice was offered, the priest would exclaim, “Tetelestai,” that is, “It is done. It’s finished. It’s complete.”

(Yeah, Jesus said this, too, but we’re getting ahead of ourselves…)

Here's the most important detail. When the priest spoke, finished didn't mean “totally complete.” Remember, these sacrifices highlighted the need for a permanent resolution of the ongoing “sin issue.” They were simply reminders of sin with no effectual power to remove guilt and shame.

Let’s go back to that word “finished” and explain what the priest meant, then…

In the same way we have different verb tenses in English, Greek and Aramaic speakers in Jesus’ day did, too. Particularly, verbs could be voiced in the “perfect” tense or the “imperfect” tense.

Grammatically, the imperfect tense means that the verb is a repeating action. It needs to be done again and again. For example-

All of these activities are imperfect. They are all repeating actions. They all need to be done again, sooner or later. The grass has to be cut every week, you’ve got to do the bath routine every day, and you need the cup of coffee… maybe every few hours :-)

When the priest declared that a sacrifice was tetelestai… you got it… he in effect declared, “This is good… for now.”

Since that sacrifice was a reminder of sin, the underlying thought was, “Yes, for now. But this isn’t completely resolved.”

Or- “This will never really be resolved. You won’t ever get ahead.”

It’s kinda like that clunky feeling you get when you’re living paycheck-to-paycheck and manage to get the mortgage payment made the day before the late fees kick in. It’s paid, but you know that another payment is due… soon. While you feel some relief, the relief is temporary. Within hours the next payment is due, and you find yourself scrambling again.

You might find yourself in a constant state of scramble :-(

Sacrifice operated that way for centuries. It was done- but needed to be done again.

As He offered Himself as the final sacrifice for sin, Jesus deliberately used the same words the priest would declare after sacrifice (“It is finished”) except that Jesus used the perfect tense of the word, meaning that the action was complete, never to be done again.

People will continue to get haircuts and wash their dogs- but they will never offer a payment for sins again.

Anyone standing at the foot of the Cross who was familiar with the sacrificial process would have caught the nuance. Jesus took a familiar declaration, something they were all accustomed to hearing, and changed it.

That change has profound implications.

Whereas the blood of the animals in the sacrificial system reminds us of our sin, that we have fallen short of God’s glory; the blood of Jesus serves as a final reminder of victory and finality.

Hebrews 9:22 tells us that “without the shedding of blood there is no remission of sins.” The word used for remission is not the same verbiage we use for “cancer is in remission.” When a doctor tells us this, we know it may come back. We pray that it “stays in remission,” the implication being that it might not. That’s more akin to the imperfect tense the high priest used.

The Greek word for remission means “dismissal, release.” It is final. Absolute. Perfect. 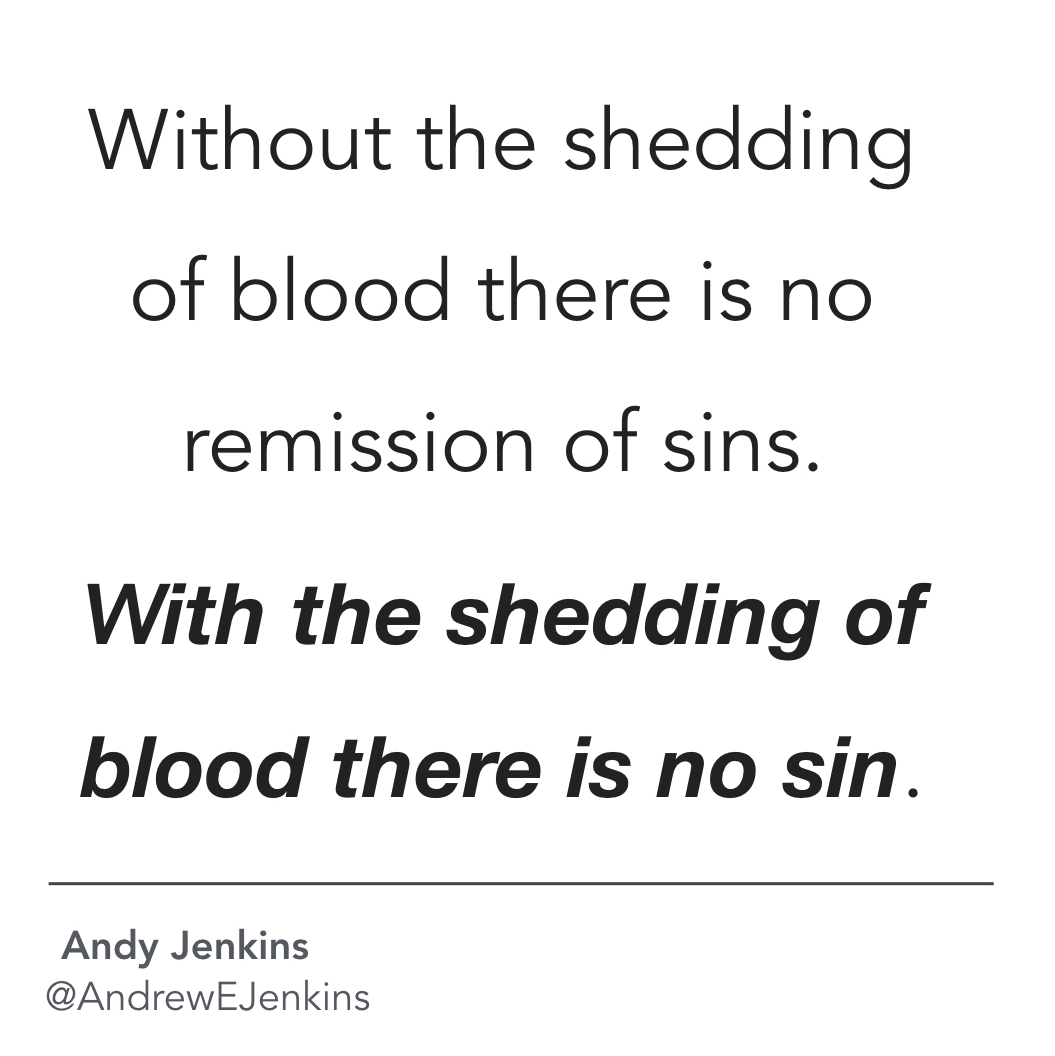 David paints us a mental picture of this truth when he declares that God separates our sin as far as the east is from the west (Psalm 103:12). Envision a globe. Start anywhere on the globe and go in a straight line to the North Pole. At some point, if you continue moving, you’ll eventually begin traveling South…

East and West never meet, though. You can go East or West indefinitely. That’s how far away your sin has been removed from you.

When Jesus declares, “Tetelestai” in the perfect tense, He’s giving us that kind of image. You’re separated from sin, but connected to your Heavenly Father. You won’t be tangled in sin again tomorrow… or ever. It’s too far gone.

The work is complete. In fact, the work is so complete that if you try to add anything to it, you actually hijack the freedom you’ve been given.

The catch-22 of the new priesthood

All Christians believe that “Jesus is our high priest.” We learn this straight from the New Testament.  Hebrews tells us: “We do have such a high priest, who sat down at the right hand of the throne of the Majesty in heaven” (Hebrews 8:1 NIV, emphasis added).

I’ve never met a Christian who disagrees with this.

Furthermore, I've never met a Christian who doesn't believe that our high priest has completed His work. As such, He now sits at the right hand of God (Hebrews 10:11-12). We learned in the previous chapter that we’re actually seated with Him.

Interestingly enough, there is no mention of a chair in the Tabernacle- or the Temple. The priests stood ministering night and day, constantly atoning for sin. However, when Jesus finished His work, it was complete- once for all time. Accordingly, He sat down (Hebrews 1:3).

The same passages that tell us these fundamentals…

These same passages also tell us something shocking- “If He were on earth, He would not be a priest at all” (Hebrews 8:4 ESV, emphasis added).

That's right. Don’t miss what you just read- Jesus would not be a priest in the Tabernacle or Temple.

Hebrews tells us that He actually entered Heaven- and that the Moses’ Tabernacle served as an earthly reflection of Heaven (Hebrews 8:5f.). In other words, the priests on earth were only enacting what Jesus was doing from the Cross and His throne.

(I know… the “time” issue… they performed their duties before Jesus. Yes, technically… But, from an eternal perspective, from a point-of-view that stands outside of time, the timeline is irrelevant, right?)

The Old Testament priesthood demonstrated to people what Jesus was  actually doing in a way that they could understand. This is why animal sacrifices never could atone for sins. They were simply shadows- copies- of the real thing that was coming. Shadows reveal but can never replace their creator.

Think about it like this. If I want to remove a burden from you, something massive that you are carrying… I can show you my shadow or reflection to demonstrate how I might remove that burden, but the shadow can’t actually do it- no matter how close you are to that shadow. To remove the burden, I need to step in myself and lift it!

The sacrificial system was a shadow, an outline, of the person yet to come.

“For the priesthood being changed, of necessity there is also a change of the law. For He of whom these things are spoken belongs to another tribe, from which no man has officiated at the altar.

For it is evident that our Lord arose from Judah, of which tribe Moses spoke nothing concerning priesthood.”

First, Jesus was not be qualified to be a priest under the Old Covenant. Per Moses and the Law, all priests must be Levites- yet Jesus clearly comes from the line of Judah (Hebrews 7:14).

This tracks with what we learned in Hebrews 8:4, that Jesus wouldn't be a priest on earth. He couldn't be. He didn’t have the correct credentials.

Second, since Jesus actually is our priest, and because He is not qualified to be a priest under the stipulations of the Law, the Law must change (Hebrews 7:12). And, it has to change for forever, because Jesus is now a priest for eternity (7:18,24).

Do you see what’s happening here?

If you appeal to Jesus as your priest (which is wise, because He consistently lives to intercede for you and “save you completely,” according to Hebrews 7:25), then you cannot defer to any part of the Law.

In other words, you’ve got to make a choice:

Or, to say it another way, “Accept the real thing and you’ve let go of the  shadow. Hold fast to the shadow, and you won’t be able to grab the real thing…”

The Law is now obsolete (see Hebrews 8:7-13). God told people He would make a new covenant, a different kind of covenant than the one He made with the forefathers (Hebrews 8:9). In doing this, the writer of Hebrews tells us, He has rendered the first covenant obsolete (8:13). He’s placed an expiration date on it, thereby making you whole. 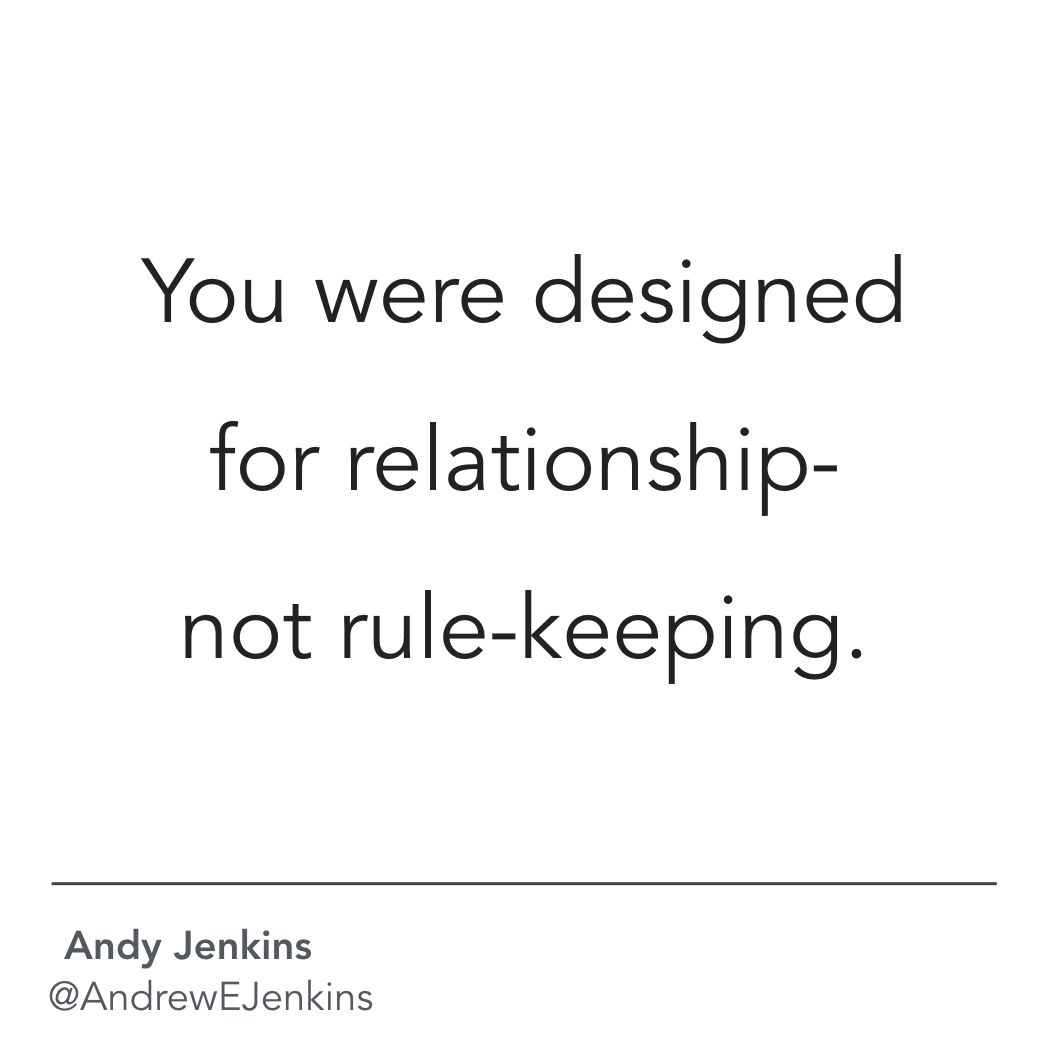 Links mentioned in this talk-

Or, grab the actual book on Amazon at http://amzn.to/2EdbdKD 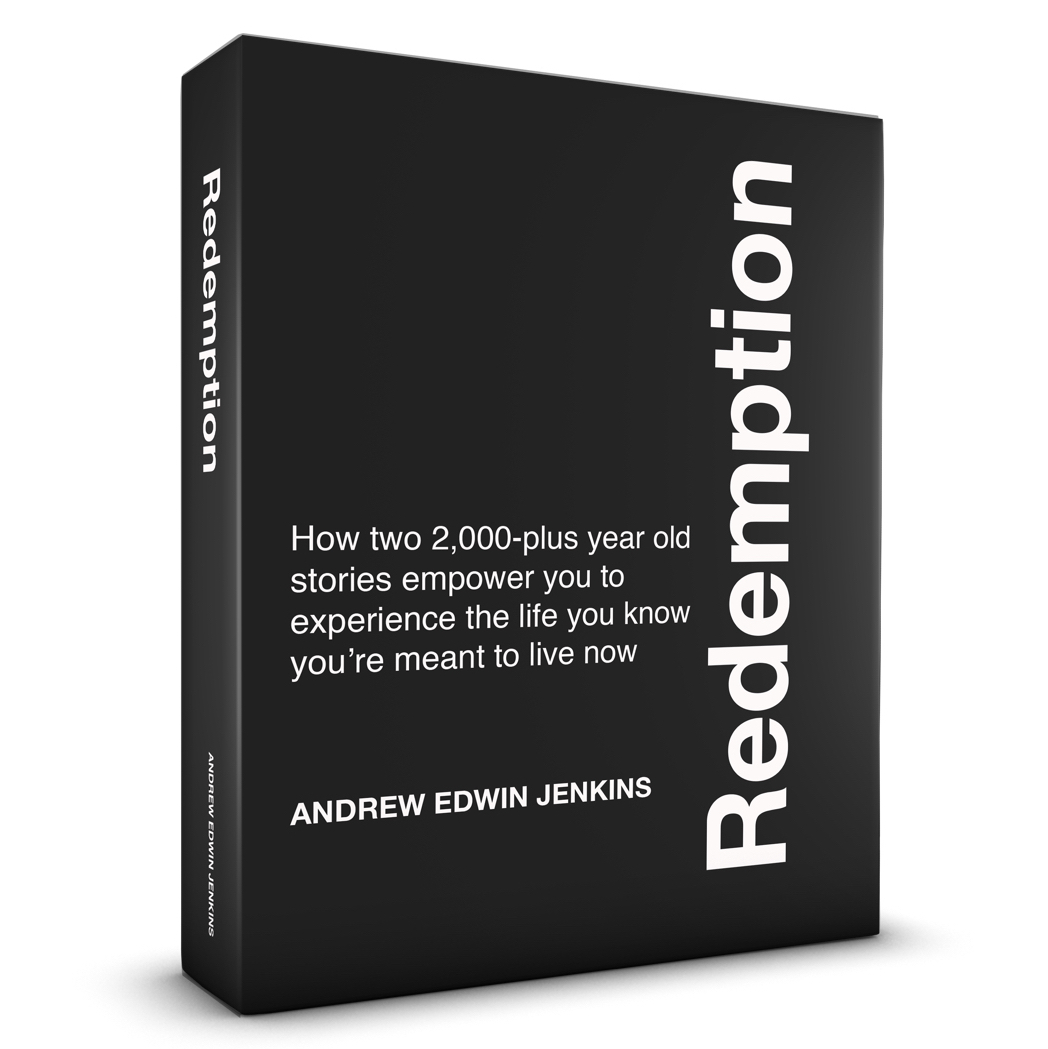