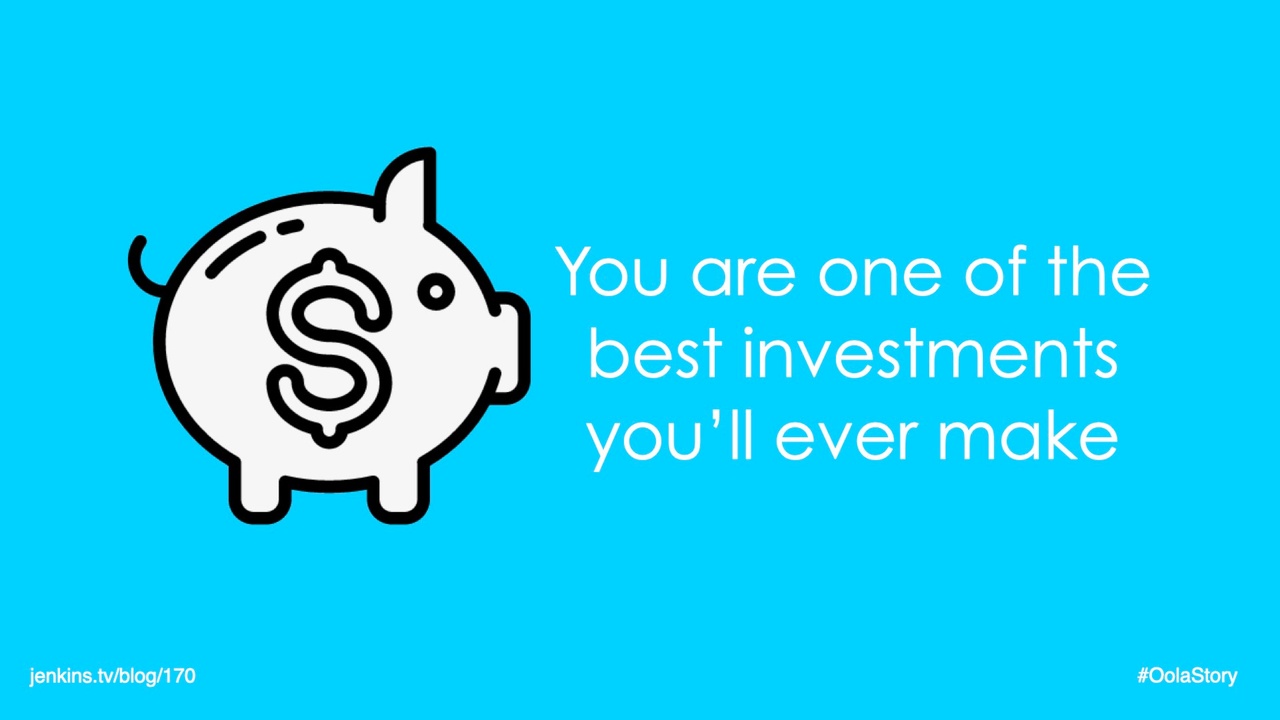 Podcast: You are one of the best investments you’ll ever make (Oola 1 of 3)

Last week— the week I recorded this podcast episode— I started the #75Hard Challenge. It’s been all over the Internet + social media for the past year or so. If you haven’t heard about it, I guarantee you will again in the near future.

✅ Take a progress picture each day

I almost didn’t do the challenge

… because we’re in the middle of summer…

You get it. There are always reasons why it’s NOT A GOOD TIME.

But, sometimes those are the very reasons we SHOULD jump right in… especially when it comes to self- improvement.

Face it, you’re one of the best investments you’ll ever make.

We intuitively know this.

If you asked ANYONE, “What’s more important, people are things?”

If we made it personal and asked, “What’s more important, YOU or your possessions…?”

… stuff that we’ll eventually store and never look at again, sell for a penance of what we bought it for, or just giveaway.

Someone said it well, “You spend the first half of your life acquiring things, and then the second half of your life realizing that the most important things aren’t things at all… it’s the people your didn’t prioritize in the pursuit of those possessions…”

Since we know that…

And since we’ve OWNED that reality…

Why not just change it up NOW, instead of waiting until later?

👉 prioritize people (including you) over possessions?

👉 invest in yourself rather than commodities and clutter that will fade away…?

A few years ago, I met the Oola Guys, Dave and Troy. I met them in Hawaii on an award trip with Young Living Essential Oils.

Sometimes you just connect with people and you just, well… you know… that you’re on the same page…

At the time, I was the heaviest I had ever been. I’d slowly (and steadily) let my health deteriorate… while I chased projects and goals.

(Or, to say it another way, I invested heavily in other things during that season, but not in myself— including the time it took to manage my health and steward my body.)

I’d just turned 40, as well, and had all of those LIES we believe about age rolling through my noggin’. I assumed it couldn't be done. I was certain that your body "falls apart" after you reach that arbitrary milestone. It was a mental block I'd created.

Then I met a few guys who had similar stories.

Then I heard Troy and Dave talk…

Both of them are in great shape. But, turns out, Troy had lost 50 pounds- and he was a few years older than me.

I've applied the same logic to writing books, creating websites, and even working our home based business. When I see someone- particularly someone I know- that has done it, it shows me that it's possible.

In effect, such relationships enhance our capacity for dream achieving. They show us what’s possible that we might not have seen before.

It doesn’t have to be, though. Comparison can actually show you what’s possible— what’s doable and achievable.

👟 1950s- people thought it was scientifically impossible for a man to break 4-minutes in the mile run.

👟 The next month, two more people broke the 4-minute mark.

It can happen anywhere…

But, particularly when we’re closer to people we can see something in them that empowers us to be more… or, perhaps they call it out of us…

Anyway, in this talk I begin discussing Oola…

The word Oola comes from the French word “oolala,” which means everything in life exists in harmony— that life is in the sweet spot.

Like spokes on a wheel, they're each essential to keeping forward momentum.

If one spoke goes down for a while, you're fine. But lose a spoke completely-- or lose a few-- and you stop forward progress in every area. Momentum grinds to a halt.

👉 If family isn't working, then your field (work) suffers

👉 If you're finances are jacked, life isn't very fun

👉 If you're not fun, your friend-quotient probably goes low

👉 If your faith tanks, you might feel hopeless in all the other areas

You get the idea. These areas all matter.

Here's the purpose of this talk—

Oola recently created a digital platform to empower people to live… well, in Oola— to find their purpose while living a life of balance and growth.

This means it works anywhere, at anytime…

… there are no shipping delays, and it never goes out of stock.

Best of yet, you can access it now and begin your Oola journey….

All the info is below.

Ready to enroll, do your own Design My Life Blueprint, and begin your personal transformation ?

Want to watch the short video?

Want to join the #Hilltop Hangout, our Oola-driven Facebook group?